It's not every day that one gets to review the debut product from a fledgling company. No matter the amount of financial resources backing a new venture, or even the pedigree of the team behind it, the first product will always be a marker for what's to come. First impressions are important and in many cases, they make or break a newcomer's reputation.

BitFenix, which aims to be a gaming hardware and peripheral manufacturer (there's more background about the company and team here), has decided to tackle the chassis segment first. It hopes to make a huge splash with a very large chassis, a full tower steel and plastic giant appropriately named the Colossus (after the ancient wonder, Colossus of Rhodes). With an experienced team consisting of ex-Cooler Master and abit employees, there's certainly some anticipation over the Colossus. From the reviews that have already appeared online, this casing seems to have made quite the impression on reviewers with its cooling performance, cable management and unique security feature. 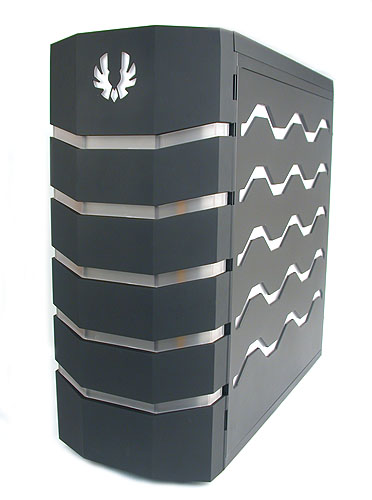 Supporting even extended ATX motherboards, the Colossus promises ample interior space for all your components, though the first thing you'll likely notice is the LED lighting system banding around the exterior. Together with the option to really stir up the fan count and front USB 3.0 ports, the Colossus is ready to wow the enthusiasts. Or can it? Find out our take after the jump.