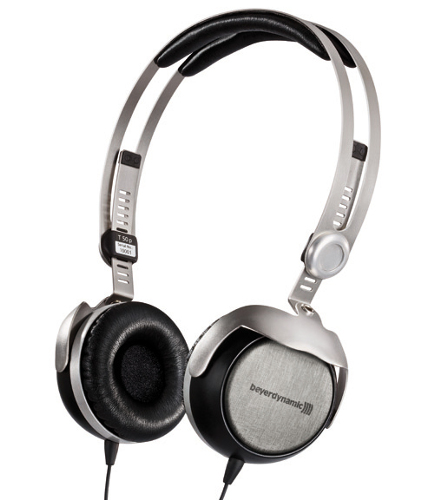 Established in Heilbronn since 1924, Beyerdynamic is a celebrated name for their premium microphones as well as monitors aimed at pilots, such as the Aviation Manufaktur series. Here on our little red dot, this niche German brand has since found its way to a wider audience through local retailers such as HMV and Stereo Electronics.

The T50p ships in a nylon case, complete with mini pouches to hold the 6.35mm jack and in-flight adapters in place. The case itself also offers a fair amount of cushioning due to its strategically placed pads. Designed for mobility, the T50p is one of the few supra-aural (or on-ear) designs from Beyerdynamic as they tend to churn out circumaural ones typically.

What differentiates the T50p from entry-level headsets is its prevailing metal alloy construction, which makes it durable and yet surprisingly light. The padded flexi headband offers a nice firm grip, but not to the point where it constricts your head. Notably, the ear pads are made of a comfortable velour material instead of foam. They are comfortable to wear at a stretch, and they provide excellent external noise attenuation too.

The cups are rotatable up to 180 degrees for a snug fit over the ears, which also make them ideal for disc jockeys or easy storage. An effective closed-back design also ensures little sound leakage. On the go, the standard 1.2m cable is sufficiently long enough for you to stash your portable player into your bag or knapsack.

Performance-wise, the real deal-maker is Beyerdynamic’s Tesla technology and its increased magnetic drive over the low-resistance 32ohm coil. Mainly, the aim is to achieve a richer sound with lowered levels of harmonic distortion. Did they succeed?

Yes, in most ways, for the T50p demonstrated a good dynamic range whilst vocals retained their strength and shine. Basslines were amply rich and warm without overwhelming the higher frequency scales. Also, the headset truly sprang to life on tracks like Mellencamp’s “Human Wheels” with loads of attack on the drums. However, one minor caveat is the treble range sounded vaguely clipped on tracks such as Adele’s “Set Fire to the Rain” and Susan Enan’s “Bring On the Wonder”.

The T50p might cost a little more than your average headset. And its inhibitions on the higher range might not provide the most definitive high-hat taps or cymbal crashes. If you can look past these limitations, then it won’t be hard to say no to this genuinely portable, comfortable, and acoustically decent headset. 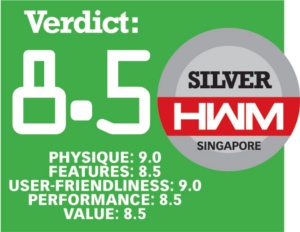