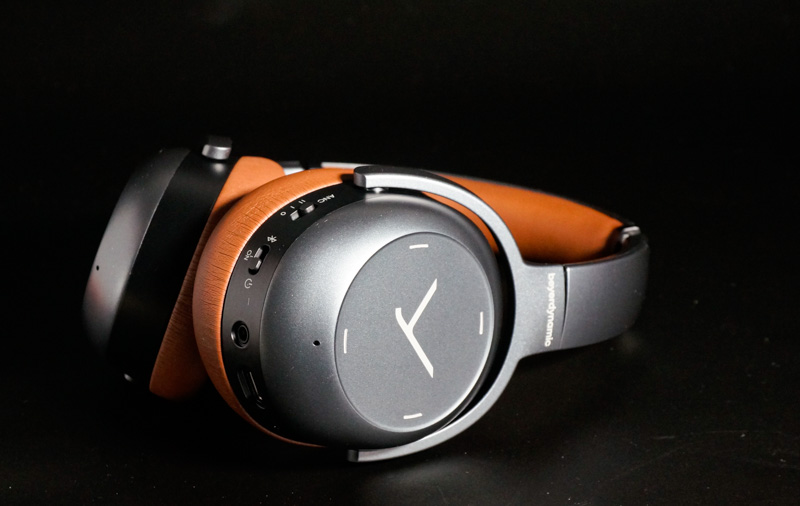 The Lagoon ANC is a set of headphones we’ve literally been waiting on for the longest time. It was first announced at IFA 2018, but was only officially released here in September because the audio engineers at Beyerdynamic wanted to tweak the audio profile based on the initial responses they got.

The main hardware hasn’t changed though – the headphones are still driven by dynamic drivers with a frequency response of 10Hz-30kHz. They will also continue to feature the light guide system and touchpad controls debuted at IFA. The option of MOSAYC sound personalization (we'll talk more about this later) is retained too, and that calibrates the headphones to compensate for the frequencies you can’t hear that well so you still get a full listening experience. 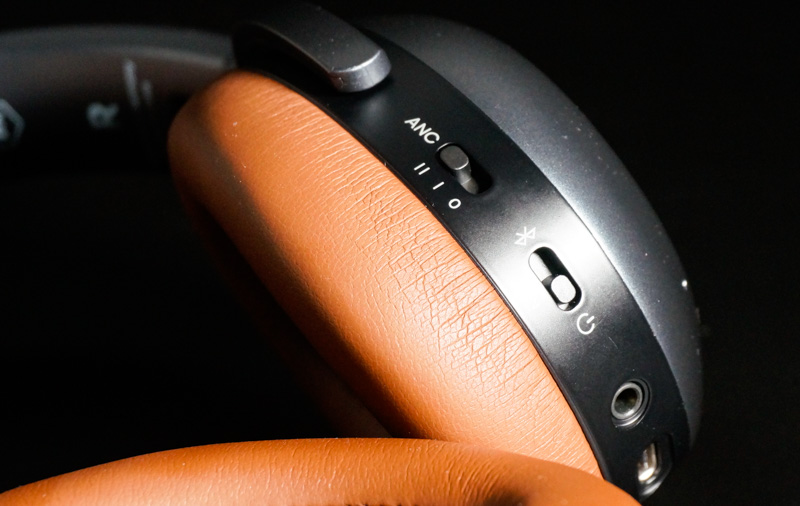 Two colour options are available for the Lagoon ANC, but instead of just calling them “brown” and “black”, Beyerdynamic uses “Traveller” (black) and “Explorer” (brown) to differentiate between them.

The headphones feature ear cushions made of high-quality memory foam wrapped in protein synthetic leather covers, and these have been designed to follow the anatomy of the ear, making them extremely comfortable to wear while adding a layer of passive noise-cancellation. High-quality spring steel shackles hold the headphone to your head firmly but comfortably, while the headphones fold flat into the provided hard cover case for easy transport. Carrying case aside, the headphones also come with two cables one USB-A to USB-C for charging and audio output and another 3.5mm cable for wired use. Curiously, these headphones don't come with an airline adapter. 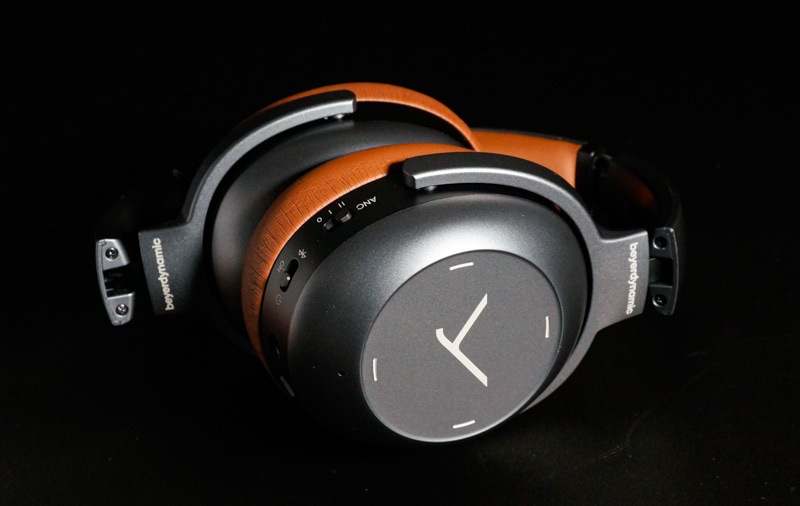 At the bottom of the right ear cup you’ll find the main controls for these headphones. That’s a switch for Bluetooth/Power, and the one for the different levels of noise-cancelling. That’s also where you’ll find the USB-C port for charging and also USB audio. The latter is a seldom-seen feature and it allows you to output music digitally to the Lagoon ANC and use the headphone's built-in DAC. If you are going to be desk-bound, we recommend this option as it provides the best music quality.

Beyerdynamic estimates about 24.5 hours of battery life via Bluetooth with noise-cancelling activated (45 hours if you deactivate it), while a full charge should take about three hours, and these numbers held true in our testing. Touch controls are available too, and these are on the side of the right ear cup.

The Lagoon ANC has Bluetooth 4.2, and supports the latest audio codecs such as aptX, aptX Low Latency, and AAC. This means it'll play well on both iOS and Android devices — the former only supports AAC. Also, like the earlier reviewed Bose Noise Cancelling Headphones 700, the Lagoon ANC can be paired simultaneously with up to two devices. But of course, playback and phone operation is possible on only one of the two at any one time.

As mentioned earlier, one unique thing about these headphones is the addition of MOSAYC sound personalization. Not unlike what Sony does with their WH-1000X series, the calibration is done by way of the companion app. What is different is that where the Sony tries to optimise noise-cancelling to adjust for the environment, Beyerdynamic uses the personalisation to pick out the tones you can’t hear and adjust for those, so you get better sound. 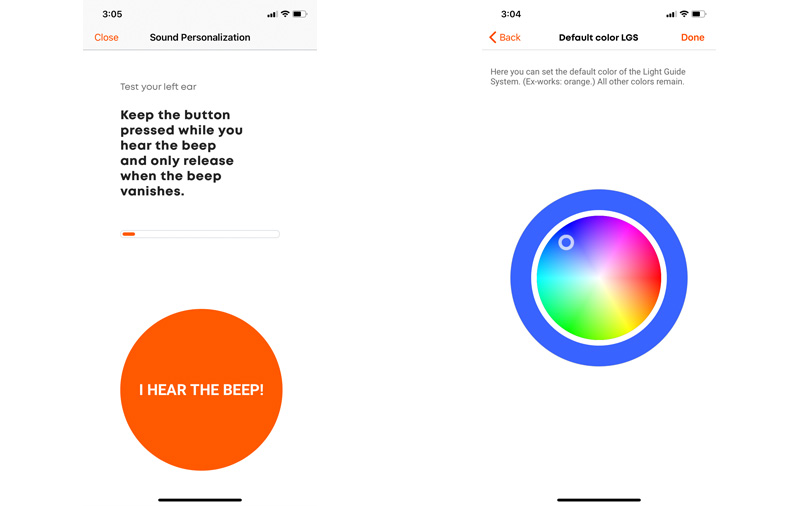 The other unique thing would be the Light Guide System incorporated in the ear cups. This is meant to let you know what the status of the headphones is simply by the hue of the light. For example, if the ear cups glow continuous green, battery life is 100%. If it’s pulsing yellow, it means the battery is between 0%-30%. There’s a whole table of status notifications with the corresponding colour changes but the system is only active when your headphones are off your ears.

So, the most important information you’ll get from this basically is: if there’s an incoming call (because the audio would be fed through the headphones instead of coming out of your phone), the status of the Bluetooth connection, and an indicator as to which is ear cup is left and which is right so you won’t have to fumble to find the correct side in the dark. 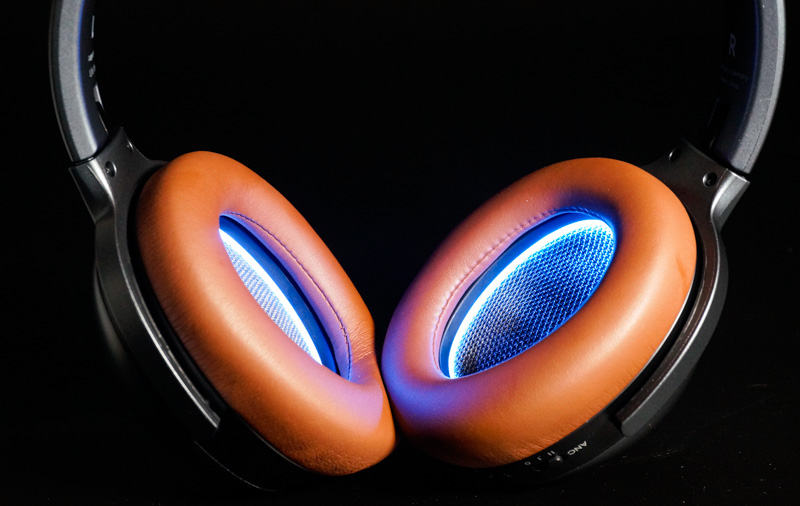 On to the audio then! We started our testing with a recording of Ana Caram’s Correnteza, and were presently surprised by the amount of detail the headphone picked out right from the introduction. There’s a good sense of naturalness with these headphones, as evidenced from how realistically rendered all the nature sounds in the track were.

Moving on, the a faster-paced track in the Red Hot Chilli Pepper’s Snow (Hey Oh), shows that the Lagoon ANC is well capable of serving up some head-banging beats too. There’s a distinct sense of stereo imaging here too, and you can distinctly hear Anthony Kiedis in your left ear while John Frusciante’s guitar riff rings out in the right.

Finishing off with a jazzy piece in Queen Latifah’s rendition of That Lady is A Tramp showed the Lagoon ANC’s versatility. The headphones turning in a rousing reproduction of her performance, with the highs and upper mids well picked out. Latifah’s vocals stand out nicely against the backdrop of the jazz band while the Lagoon ANC does well to not lose the drums, cymbals and trumpets at play.

Overall, the Lagoon ANC was impressive in terms of audio. It has a nice balanced sound signature with a wide sound stage. Highs and mids are strengths, and the bass is well-controlled. There’s just enough to be felt, but it does lean towards the tight end of the spectrum. The headphone seems to work well for a wide genre of music.

Noise-cancelling performance is where we felt a little let down by the headphones. It appears that these cans seem to focus noise-cancelling mostly in the midrange, as the most obvious reduction was in vocals around us. That worked decently well for outdoor situations, but didn’t give us the level of noise reduction on a plane or train as what we’d experienced with the offerings from Bose and Sony. 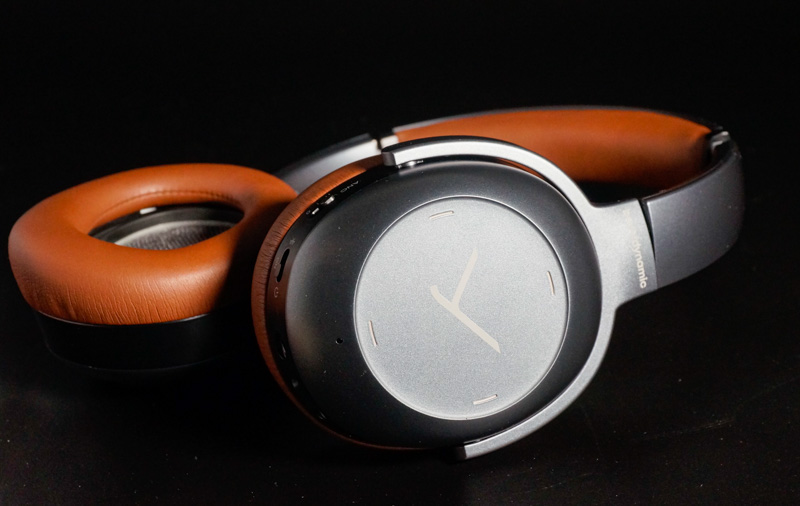 The Lagoon ANC is a solid performer that will please people who like more of an analytical sound. There’s a nice wide sound stage, and the headphones are capable of rendering good detail that stands out especially when listening to instrumental pieces. The battery life is good too, as you can get a full 24.5 hours of listening time on wireless with noise-cancelling activated. The light guide system is a nice touch, but we mostly found it helpful only when trying to get the headphones back on in the dark.

All in, if you’re just looking for a musical wireless headphone, the Lagoon ANC would be an easy recommendation. However, if you’re looking specifically for noise-cancelling headphones, then you may be disappointed to find that the noise-cancelling capabilities aren’t quite up to scratch to the competition. Given that the headphones are retailing for S$599, that may not seem good value if noise-cancelling is a primary concern.

The headphones are available at Beyerdynamic's official stores on Lazada and Shopee, and at all authorised resellers.

Write a Review
Compare This | Specifications
Stylish street-inspired looks
Folds down for easy transport
Great sound, especially with instruments
Accepts digital inputs via USB-C
Bass is a little lean
Active noise-cancelling isn't as strong as the competition
Doesn't come with airline adapter
Battery life with ANC on is short
Pricey
Our articles may contain affiliate links. If you buy through these links, we may earn a small commission.
Sponsored Links