BenQ Zowie XL2546 gaming monitor review: Made for the pros

BenQ Zowie XL2546 gaming monitor review: Made for the pros 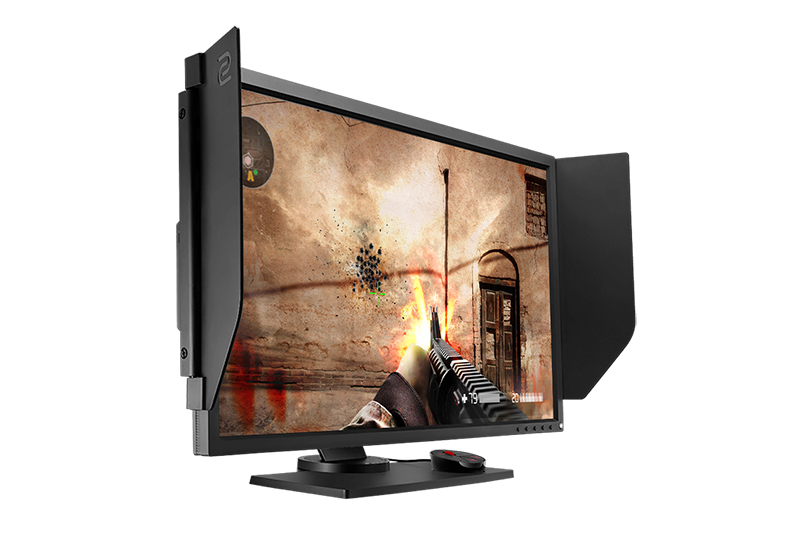 Gaming monitors can be broadly categorized into two camps, those targeted at content creators and those aimed at gamers. Of course, there are some that quite successfully straddle the line between the two, but they're generally still lacking the really premium features that serious customers in each camp prize, such as good coverage of the DCI-P3 color space or a 240Hz refresh rate and 1ms response time.

The 24.5-inch BenQ Zowie XL2546 gaming monitor falls squarely into gaming territory. In fact, it's targeted at an even more demanding niche within that community – esports professionals. BenQ Zowie hasn't labeled this as an esports monitor on its product page for fun, and it really means serious business.

Who's Zowie and why should I take notice of this monitor?

For some context, the BenQ Zowie brand is a result of BenQ's acquisition of Zowie in 2015. Zowie has long had a reputation for catering to the esports crowd, and that hasn't changed with its latest monitors.

Having said that, the XL2546 is all about delivering the smoothest and most responsive gaming experience to those who will be able to take the best advantage of it. Image quality takes a backseat here, and while I don't mean to say that the panel is horrible, it's clear that the focus is on helping you react as best as you can to what's happening in game, and not to make the game look pretty.

Alright, you've garnered my split second attention, so hit me with more!

The XL2546 monitor boasts a blistering 240Hz refresh rate, a 1ms grey-to-grey response time, and a 1,920 x 1,080-pixel resolution TN panel. To be honest, the difference between a 144Hz and 240Hz screen is subtle at best, and it's really only useful when your graphics card can keep up with it. Fortunately, many esports titles, such as Counter-Strike: Global Offensive and Overwatch, are fairly easy to run, so you should have little trouble pushing out the required frames with a decent card. The monitor is also aimed squarely at FPS players, where things like flicking, tracing a target, and controlling recoil feel more fluid and natural with a high refresh rate. I still remember what it was like switching from a 60Hz to a 144Hz screen. My aim was super on point, and the difference was so stark that I can say quite confidently that anyone who's tried a 144Hz screen won't be able to go back to a 60Hz one. That said, the jump from 144Hz to 240Hz is one of diminishing returns, but the difference is there, if you know what to look for.

I paired the monitor with an NVIDIA GeForce RTX 2080 Founders Edition and took it for a spin in Overwatch and Apex Legends, where everything from sprinting to tracing felt smooth as butter.

Still, I'm no pro, but I imagine someone playing at the highest levels of a twitch-reaction shooter like CS:GO or Quake Champions would be able to benefit even more from the 240Hz refresh rate. And even if you're just a filthy casual, hey, this screen will be a huge upgrade if you're still playing on a 60Hz monitor.

Further burnishing the monitor's FPS credentials are features like DyAc and Black eQualizer. DyAc, short for Dynamic Accuracy, is BenQ Zowie's proprietary technology for reducing eye-tracking motion blur. This is what happens when an object is moving so fast onscreen that the display cannot respond quickly enough to accurately represent its trajectory, resulting in your eyes being at a different position at the start and end of the frame as you track the object. The difference between where the object shows up on the display and where your eye ends up tracking is what creates the perception of motion blur.

One way to overcome this is by enabling a higher refresh rate, which the XL2546 already has. Another method is something called backlight strobing, which turns the backlight off in between frame refreshes, thus shortening the time that a frame persists on the display. This is basically what DyAc does. It was created specifically to reduce blur on fast and erratic objects, so think of when you're firing a gun with high recoil or when you're trying to track that pesky Tracer. 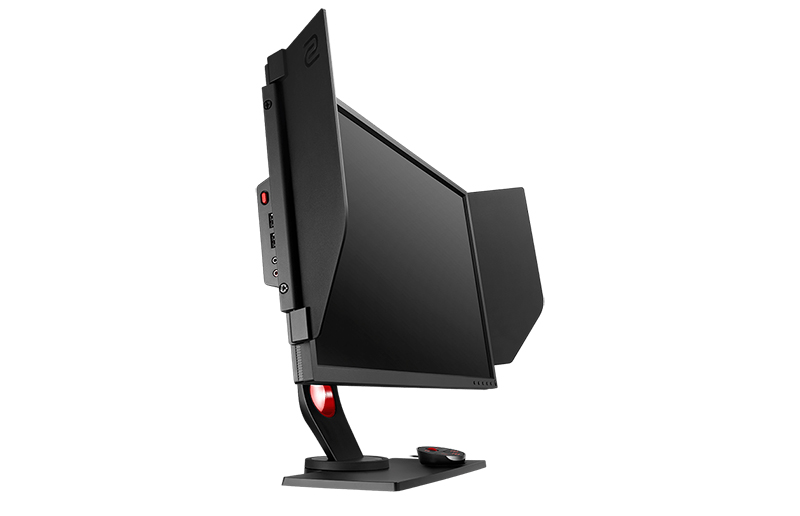 In practice, while I can't say that the XL2546 appears markedly sharper than the 144Hz monitor I'm used to, what I can affirm is that I didn't notice any blur or smearing when playing. That's particularly useful in fast-paced shooters, where you don't want anything to interfere with your aim and any added bit of clarity will come in useful.

The Black eQualizer feature essentially helps you see better in dark areas. It works best when your brightness isn't already at maximum, at which point it'll just make the overall picture look more washed out than it already is. What it does is lighten or remove the shadows from the image, creating the effect of a grey veil being lifted from the picture. Compared to simply pumping up the brightness, increasing the Black eQualizer does a better job of improving visibility and brightness while preserving contrast.

What about performance and usability matters?

In terms of picture quality, the XL2546 will require some adjustments out of the box. Images can appear too bright and washed out, but things improve significantly after some tweaking. The TN panel was of course nowhere close to replicating the rich hues of an IPS display, but the overall experience in-game was pretty decent, with reasonably vibrant colors. Still, viewing angles weren't the best, and there are obvious color shifts when looking at it from the side. Of course, you would have to factor in the panel type used here and these are expected of TN panels and the monitor's bias for what it caters to.

Having said that, even though picture quality is not a priority here, the OSD menu is one of the easiest to navigate. The monitor comes with the S-Switch, a puck-shaped control that sits in its own indentation on the base of the monitor. It features a scroll wheel, three preset buttons, and a back button. Pressing on the scroll wheel lets you access the OSD menu on-the-fly, but the best part is that you don't need to fumble with obscure buttons on the monitor and try to figure out what they do. You can also program the numbered buttons to quickly access the configurations you want while in-game. 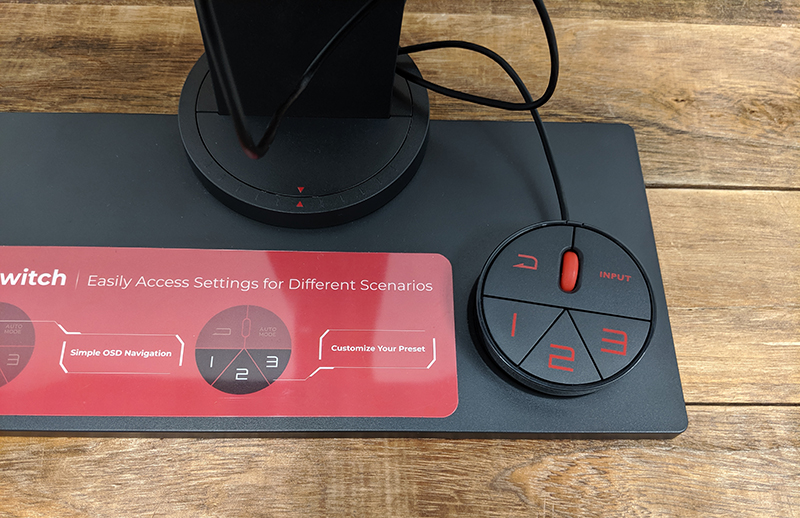 This is a no-nonsense monitor that doesn't waste time on superfluous features like RGB lighting. BenQ Zowie has focused on what really matters, like excellent height, tilt, and swivel adjustments on the stand. The stand itself also feels really solid, with a handle at the top that comes in useful when you need to shift it around. 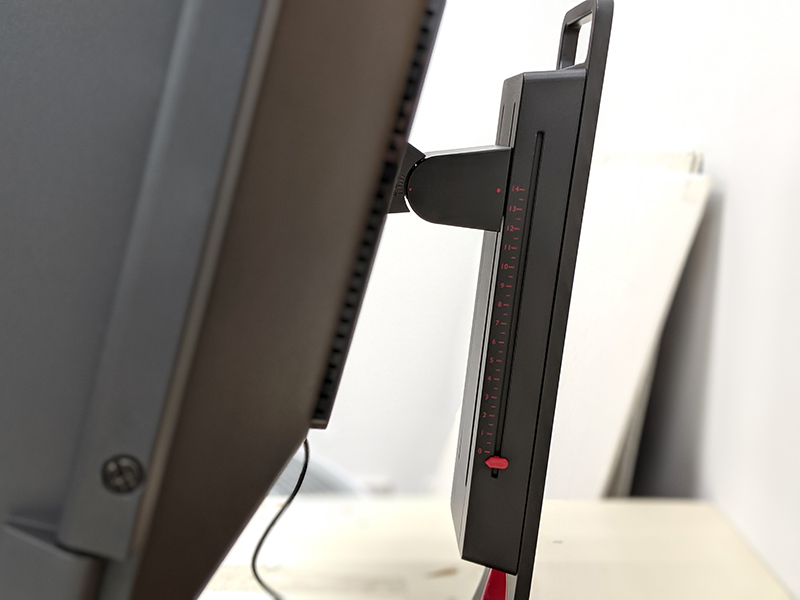 There's also a hole in the stand for routing your cables, as well as a pop-out headphone holder on the left. 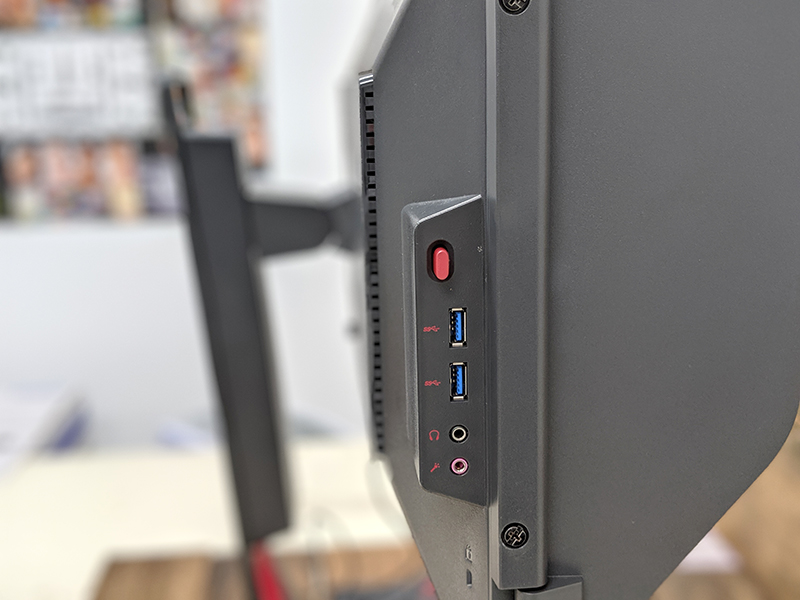 For display outputs, the XL2546 has two HDMI, one DVI-DL, and one DisplayPort 1.2 port. There are also two USB 3.0 ports on the left and separate headphone and microphone jacks so you can more easily connect your peripherals.

As a final touch, BenQ Zowie included two screw-on flaps at the side that are supposed to help you block out distractions in your peripheral vision (presumably, things like camera flashes at a tournament). I don't actually know how useful these are to the average person and I've never felt the need for them, but they're there if you want them. Less distraction is always a good thing.

Conclusion: Pro gamers will love this one

Ultimately, I think BenQ Zowie has done a pretty good job with the XL2546. It retails for S$749 on the BenQ Lazada flagship store, which is actually quite reasonable for its feature set. This is an esports monitor with a rather niche audience, but BenQ Zowie has checked all the right boxes in terms of what most competitive FPS players want. To be clear, this monitor isn't going to immediately help you up your K/D ratio. However, it'll make it so that you have no reason to blame your hardware when you whiff that crucial shot.