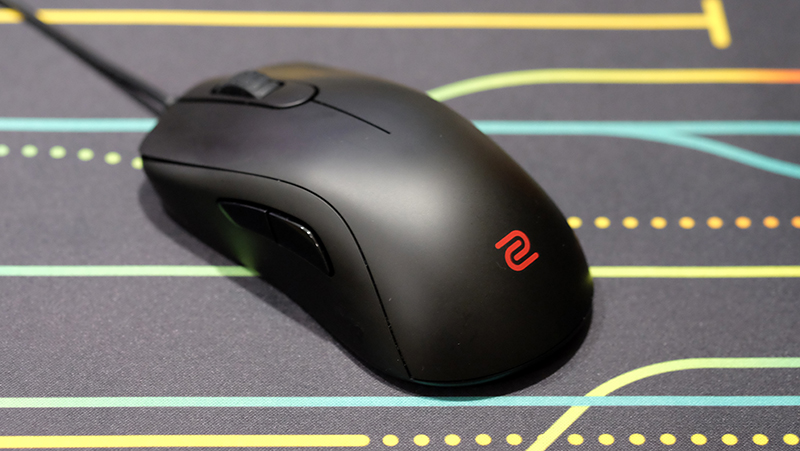 BenQ Zowie makes a stunning array of mice. There's the ZA series with their big booties, the FK series for those who like their mice long and flat, and the ergonomic EC series. Each line-up then houses several different models, each a differently sized take on the same basic shape. Zowie is one of the few manufacturers to cater to such a wide range of preferences, and it means that you won't be left out in the cold when you like the mouse's shape but find it either too big or too small.

The new S2 gaming mouse is the company's latest addition, and the regular matte black edition comes on the heels of the glossy blue and pink Divina versions that rolled out earlier this year. The S series comprises the S1 and S2 models, with the latter being the smaller variant (don't ask me why Zowie's naming scheme is so counterintuitive). If you've used Zowie mice in the past, the S2 will be a familiar sight. It comes with a flexible rubber cord, doesn't require any drivers, and has a pretty great shape.

What's new with the S series? 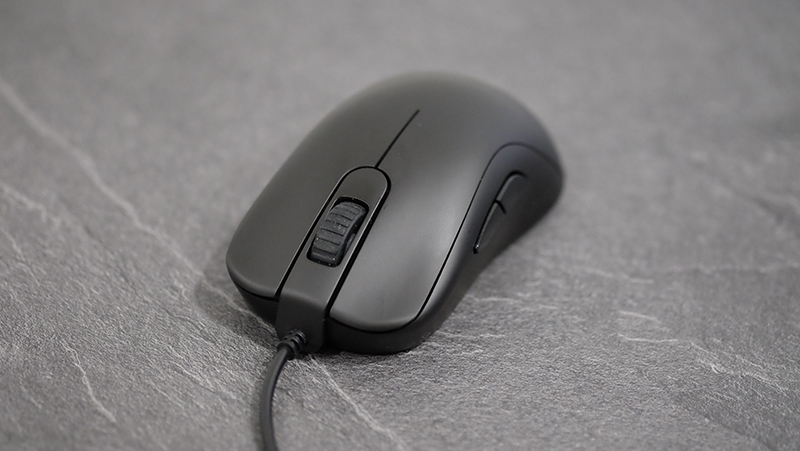 It's basically a shorter version of the FK1, measuring 122mm long to the FK1's 128mm. And despite both mice having very similar heights – 37mm on the FK1 and 38mm on the S2 – the S2's shorter length means that it also doesn't feel quite as flat and actually handles quite differently.

Compared to the ZA13, which has a high-profile design and features a really prominent hump in the rear for palm grippers, the S2 slopes down much more gently toward the front, so its rear-end feels a whole lot less in your face. 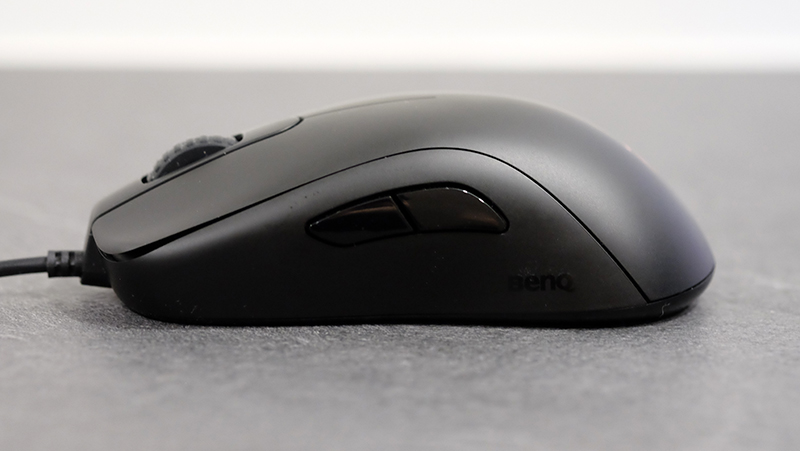 Personally, I prefer the S2 to the ZA13, even though the former felt a little wider than I was used to when I first started using it. I got used to it pretty quickly though, and I've been using it as my daily driver for quite a while now. My hands measure roughly 16.5cm from the base of my palm to my fingertips, and I'm able to palm it pretty comfortably.

However, Zowie hasn't made the mouse shorter just for fun, and it actually serves a functional purpose. According to the company, the popularity of games like Fortnite and Overwatch have made it such that up and down movements are just as important as tracing a target from left to right, as would be the case in a more traditional shooter like Counter-Strike. I'm not exactly sure if these requirements are all that new, but a shorter design does make vertical movements easier, especially if you use a claw grip. That's because there's more space between the back of the mouse and your palm, which gives you more room to manoeuvre.

As a palm gripper myself, I can't say that this approach makes a tangible difference, but I do appreciate the S2's shorter length compared to the FK1 since I find it makes the mouse more agile and easier to handle. Zowie has also gotten rid of the side buttons on the right of the mouse – it thinks they're distracting – so this is technically a right-hander's mouse. 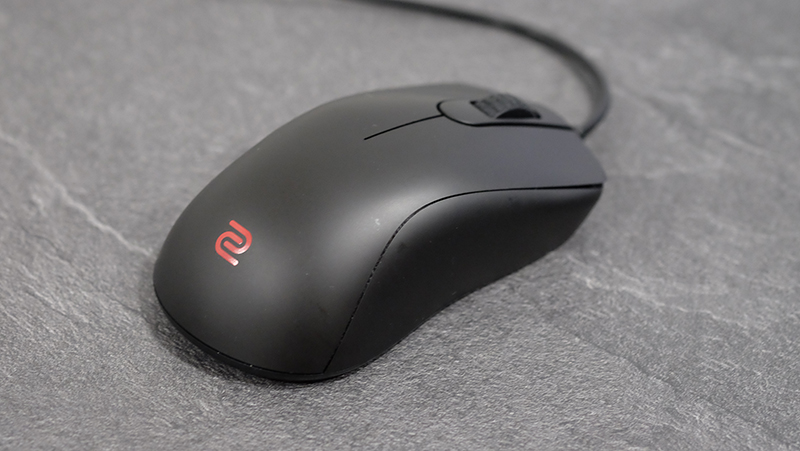 The S2 weighs 82g, so it's still quite far off from making the cut into the ultralight category. If you've gotten used to something like the Razer Viper, the difference in weight is quite palpable. I wouldn't call it a deal breaker, and I think there's still unique appeal to be had in the shape of the S2, but it does feel markedly heavier and more tiring to use over time, especially after I had spent an hour in a custom FFA arena in Overwatch as McCree.

Zowie has also made changes to the mouse's edges. They're now more rounded than before, which prevents the mouse from digging into your palm. This wasn't something that was a problem for me before with the ZA13, but I'll take any small increments in comfort I can get.

Elsewhere, the cable connector has been improved as well. There's now an additional bit of plastic that sticks out from the mouse and raises the cord upward at an angle. This is supposed to prevent the mouse cable from rubbing against the mousepad when using a mouse bungee. Again, I can't say that this was a problem for me before, but hey, there's no reason to complain about small design refinements. 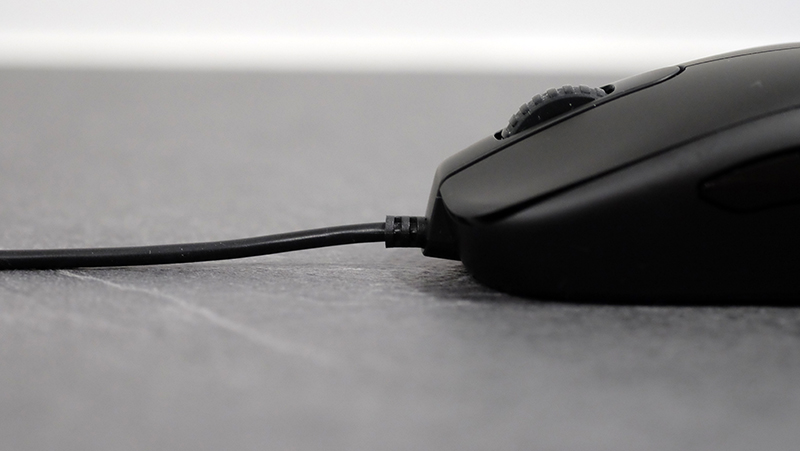 The rubber cord isn't as fancy as the fabric-sleeved cables on some of the newer mice, but it's soft and supple and does the job well enough with minimal cable drag.

The product sticker has also been relocated from the bottom of the mouse to the end of the USB cable. Previously, the sticker sat in a slight recess in the base of the mouse, which meant that the edges of the recess could sometimes result in a less-than smooth glide.

The PMW3360 optical sensor will let you choose between 400, 800, 1,600, and 3,200DPI stages, which pretty much covers most of the more popular preferences. The mouse is completely driver-less, that is to say, there is no driver available at all even if you wanted one. That's pretty much par for the course with Zowie mice, and I don't mind it too much. However, those of you used to the customizations available on Logitech and Razer mice might find a bone to pick here. Zowie's reasoning is that pro players don't want to have to fiddle with driver settings at tournaments, but then plenty of mice today already come with onboard memory, so it might actually be time for the company to start considering a different approach. 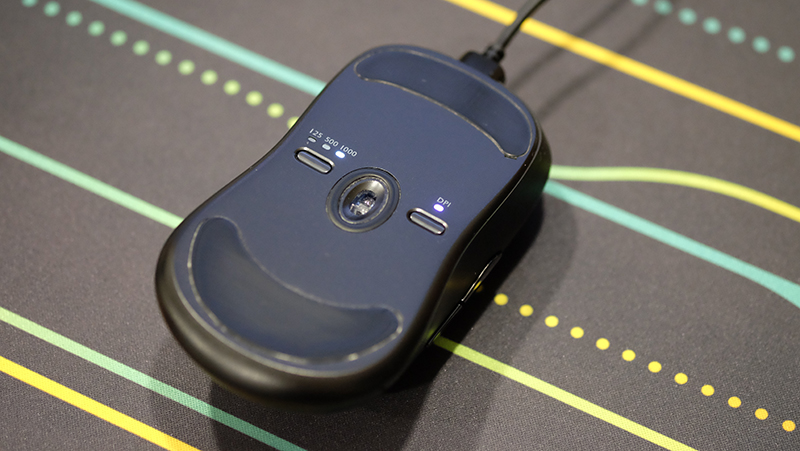 The DPI toggle button is located at the bottom in order to avoid accidental presses, and there's also a helpful color-coded indicator so you can see what sensitivity stage you're on. You'll also find a convenient button to adjust the polling rate at the bottom, something which was noticeably absent on the ZA series (you had to hold down select buttons while reconnecting the mouse to change the polling rate).

Despite the lack of any driver software however, the lift-off distance (LOD) is still adjustable. It's a bit clunky though, and you'll need to hold down the following button combinations while reconnecting the mouse to change it:

I had no issues with the default LOD setting, and it was roughly around 2mm or so. Tracking with the sensor was flawless as well, which is expected given the excellent PMW3360 sensor. You won't notice any problems with jitter, acceleration, or correction, and I was unable to make the mouse spin out either.

I think we're at the point where the vast majority of mice today already have flawless sensors, so it's become more or less a non-issue when deciding which mouse to buy. Instead, things like shape, build quality, and design matter more, which may be why we're suddenly seeing a sudden interest in ultra-lightweight mice like the Razer Viper, Glorious Model O, and Finalmouse Ultralight 2.

The S2 supposedly uses a newer mould, which I've been told gives it a more solid feel compared to older Zowie mice. The difference with the newer ZA series is less obvious, but compared to the FK and the EC series, the side buttons feel a lot more crisp and are far better to use. Build quality isn't amazing, but it's certainly good enough and this feels like a solid product. But like previous Zowie mice, the mouse switches aren't separate from the shell, which I find to be a slightly inferior approach in terms of having a consistent feel for your clicks and durability.

Zowie has also stuck to its signature Huano switches on the S2, which are typically stiffer than the Omron switches used on most mice. They provide more tactile feedback, but it's very much a matter of personal preference whether you like them or not. That said, I definitely prefer them to some of the lighter switches on older Razer mice and I appreciate the greater resistance, especially in FPS games where burst firing is important to recoil control. 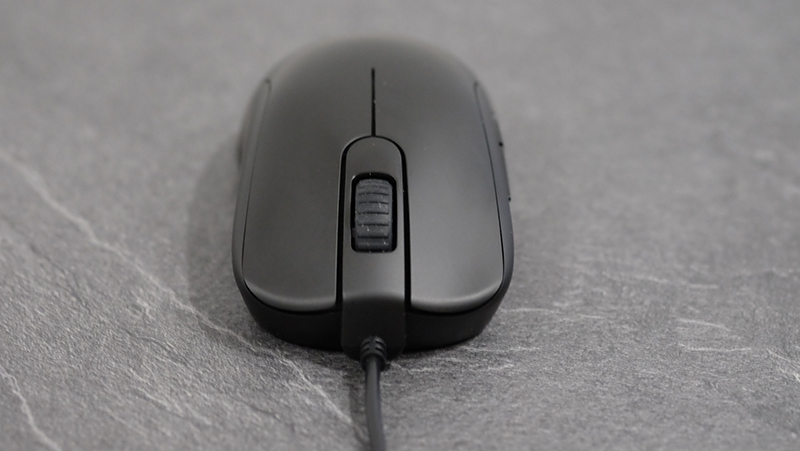 When it comes to the scroll wheel though, it seems like Zowie still has a lot to fix. The 16-step scroll wheel has more clearly defined notches than the one on the ZA13, but it's still a terrible mess that protests loudly even when you're moving it slowly. And if you're scrolling rapidly through something, well, let's just say this is one mouse that literally squeaks. 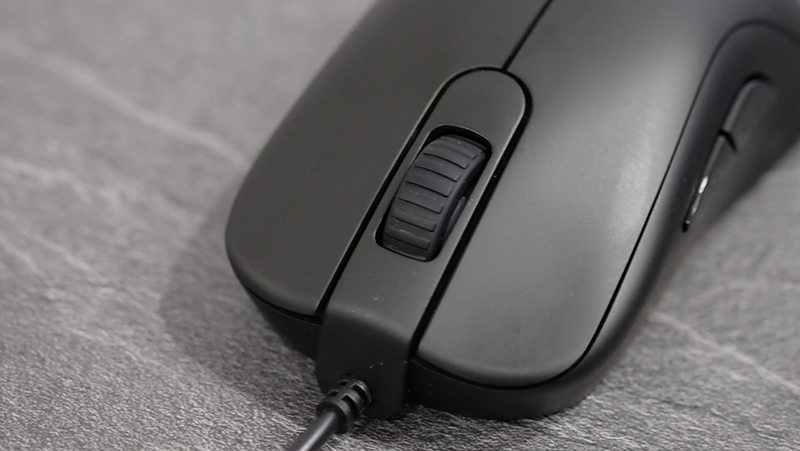 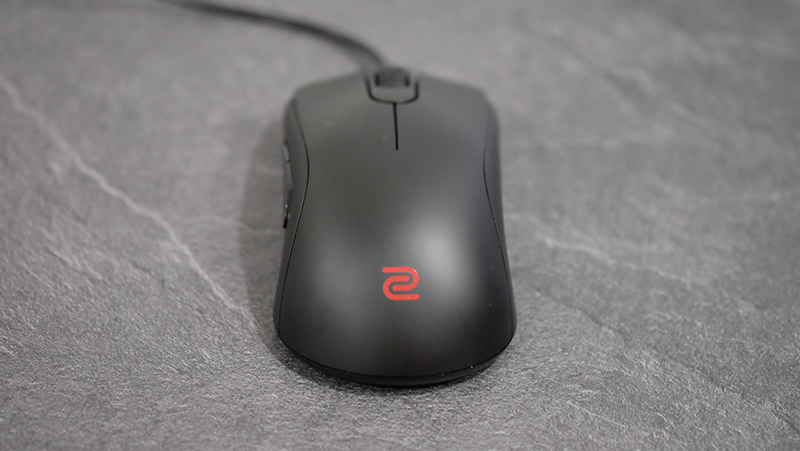 At S$129, the S2, unfortunately, feels a little pricey for what it offers. The Razer Viper is even cheaper at S$124.90, and I already thought that was expensive compared to the S$99 Glorious Model O. It just seems like this mouse should cost around S$50 less to really be competitive, and it's lacking a lot of what its cheaper and more fully-featured competitors offer, like driver customizations, RGB lighting, an ultralight build, and even just a better scroll wheel.

I can't deny that the S2 has a great shape though, and I really like Zowie's approach toward creating different sizes for each model. However, Glorious is also doing that with the Model O and the smaller Model O-, so Zowie really needs to do more to keep up.

Write a Review
Compare This | Specifications
Flawless PMW3360 optical sensor
Flexible rubber cable with minimal drag
Comfortable shape with wide appeal
Expensive for what it offers
Noisy scroll wheel
Left- and right-click buttons not separated from mouse shell
Our articles may contain affiliate links. If you buy through these links, we may earn a small commission.