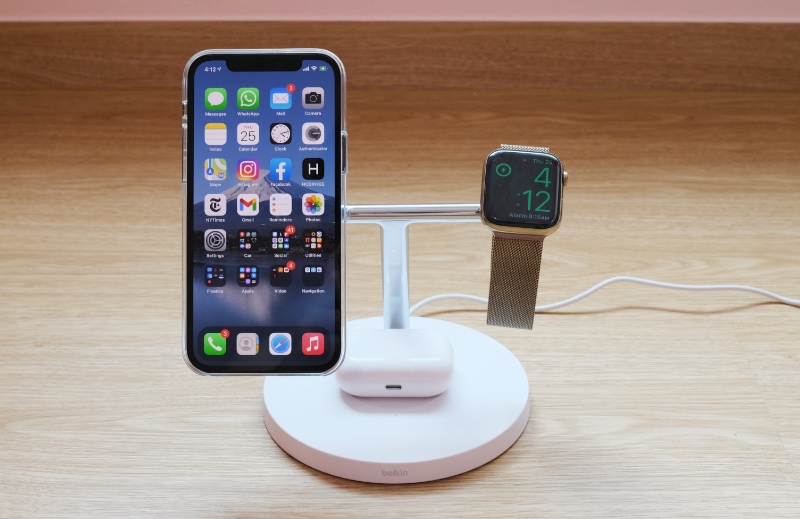 Longtime Mac users will be familiar with the name MagSafe. However, it means something entirely different now. Apple revived the MagSafe name last year when it unveiled its new iPhones. One major problem with wireless charging is efficiency. Specifically, the device needs to be in a sweet spot to charge at maximum efficiency. Apple is solving this with MagSafe, a technology that uses magnets to ensure the device always stays in the charger’s sweet spot so that it gets a steady, consistent, and efficient connection for wireless charging.

And so the new iPhone 12 series of phones feature a ring of magnets in their backs. When you use a MagSafe charger, it attaches securely and precisely to the backs of these new iPhones, thereby ensuring a perfect connection and maximum charging efficiency. It’s a clever way of improving wireless charging. And one of the accessories that Apple showed during the announcement of MagSafe was this: the Belkin Boost Charge Pro 3-in-1 Wireless Charger with MagSafe. It’s a mouthful, so let’s just call it the 3-in-1 MagSafe charger alright? 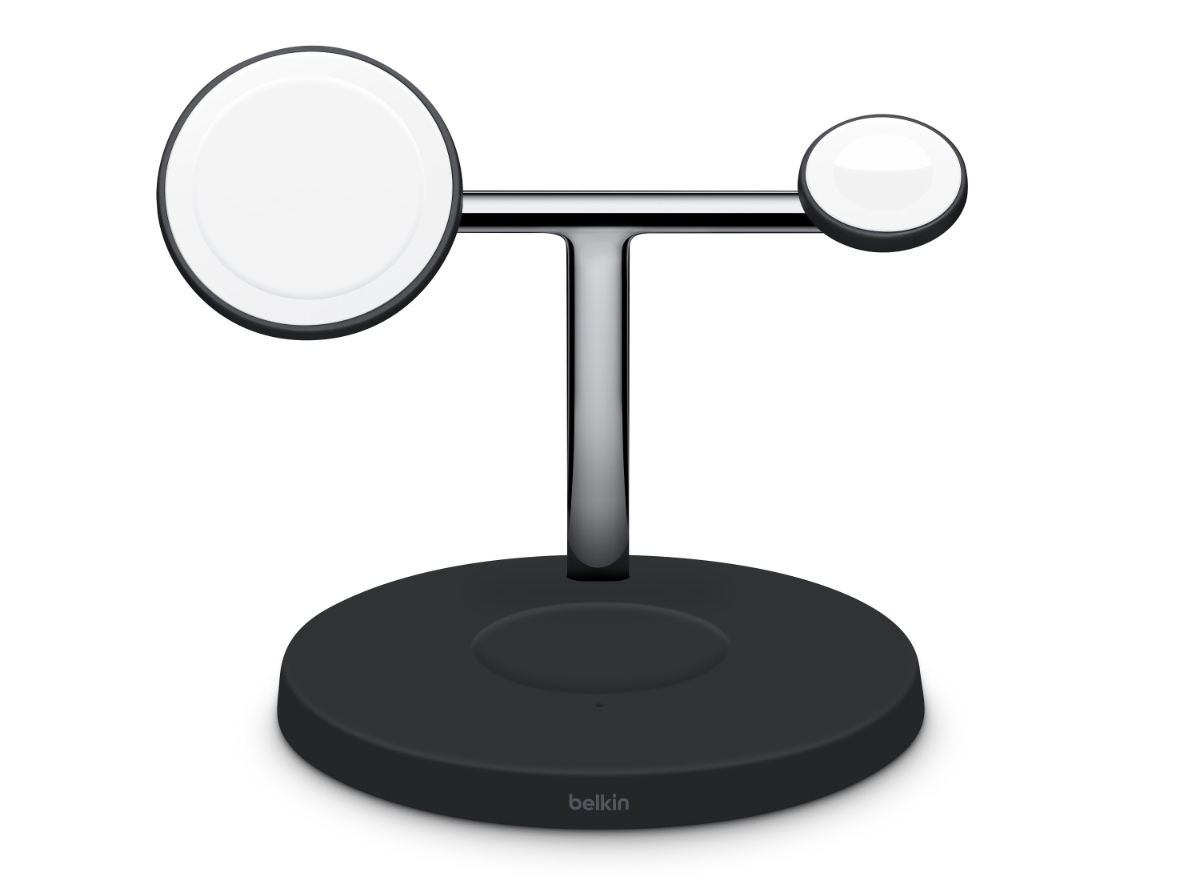 Like any other Belkin product, the 3-in-1 MagSafe charger is a high-quality item. And it had better be because Belkin is asking for 209 of your hard-earned dollars for it. Thankfully, it looks more like a miniature sculpture than a charging accessory. The entire charger feels solid and the polished metal parts look and feel expensive. I also think it looks great. It’s not overly fancy or garish. It looks and feels like a supremely well-crafted accessory. The one I have is white but there's also a black version available.

As you’d probably surmised from its name, it’s a charging stand that provides juice for up to three devices simultaneously. The larger charging pad on the left is a MagSafe charger for your iPhone while the smaller one on the right charges an Apple Watch. The third wireless charger is built into the base and it’s used to charge your wireless charging AirPods case or AirPods Pro. 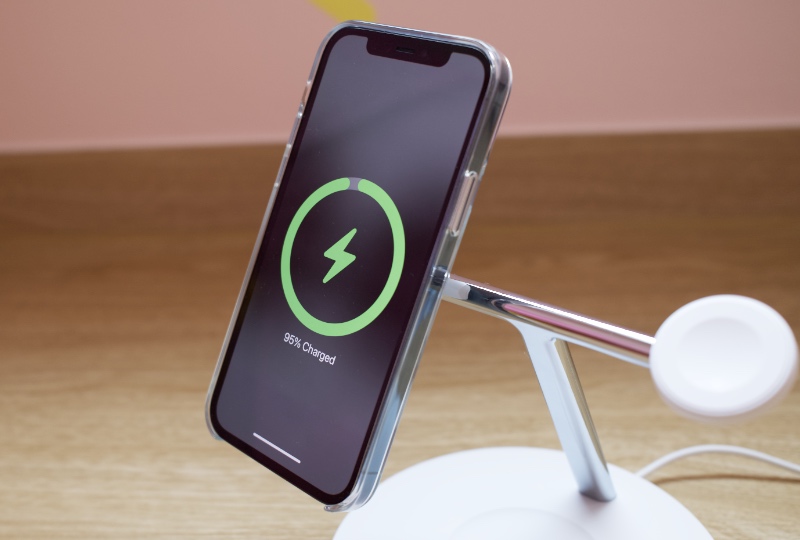 The magnets are immensely strong. I tested the charger with my iPhone 12 Pro Max and it stays attached securely. It takes a lot of force to knock it off. You can even adjust the phone and switch between portrait and landscape mode if you so desire. The Apple Watch attaches securely too. There’s no chance your devices will fall off on their own. They stay put. One thing to note, however, is that position and angle of the charging pads are fixed so you can’t adjust them for height or tilt. 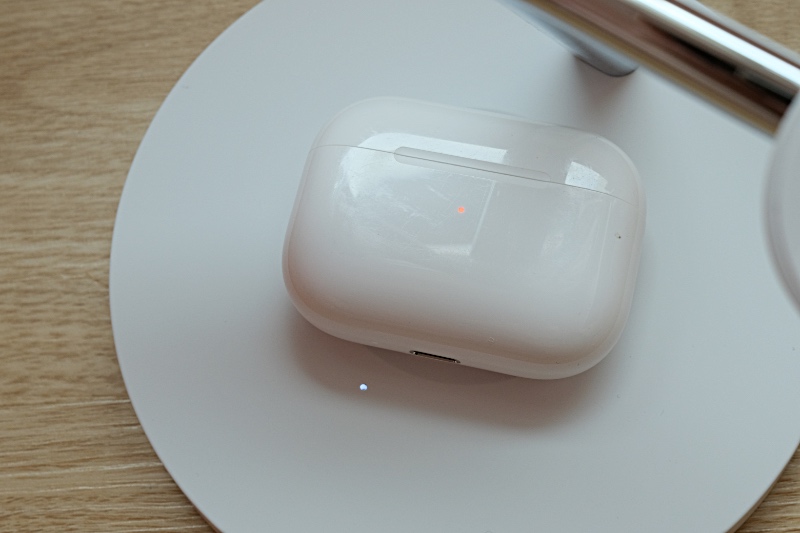 There are no magnets for the AirPods’ charging pad, but there’s a cut out to help you position your AirPods charging case optimally. A small LED light comes on to let you know your AirPods case is being charged. Since it’s really just a regular Qi wireless charging pad, I found that you could use it to charge just about any Qi-compatible device as long as you can get the device to fit over the cutout. However, note that the pad only offers 5W of power so relying on it to charge devices is going to take a while. 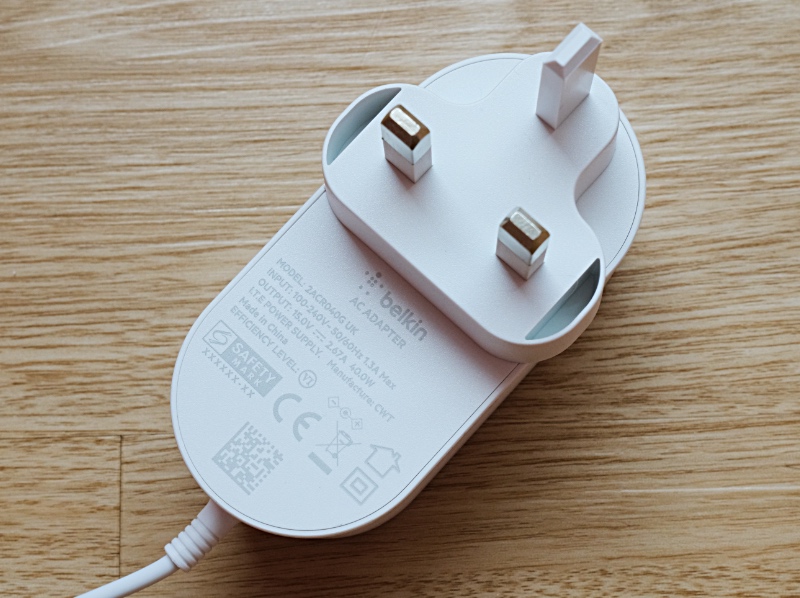 Crucially, the Belkin 3-in-1 MagSafe charger delivers the maximum 15W permissible by Apple. I know it’s peanuts compared to the 50W wireless charging by some Android phones, but it’s double the 7.5W wireless charging that’s supported by last year’s iPhones.

Since most people are going to get this charger to juice their iPhones. I tested its charging speed with an iPhone 12 and here’s what I found:

Clearly, charging an iPhone wirelessly is a glacial affair. If time is of the essence, using a wired charger (20W and above) is the way to go. 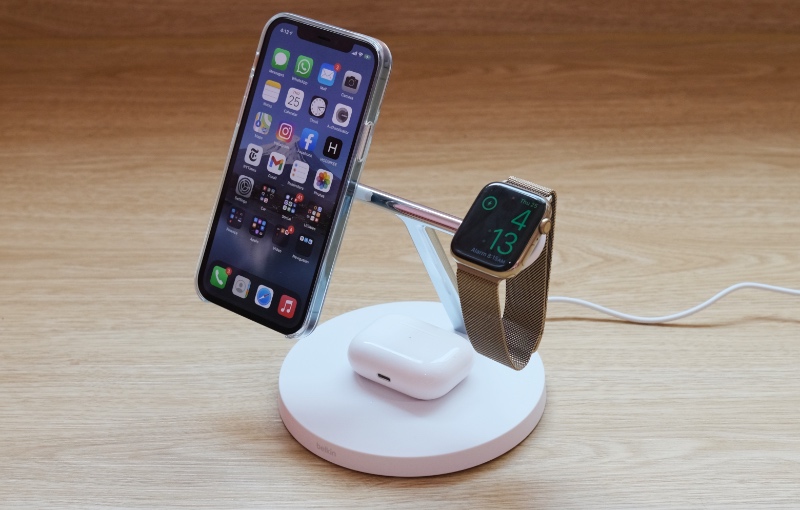 Taken as a whole, the Belkin 3-in-1 MagSafe can best be described as a very pretty but slow charger for your Apple devices. However, that’s no fault of the charger and mostly because of the fact the iPhones only support 15W wireless charging. Ultimately, if you can stomach the S$209 asking price, and you want a beautiful, clean, and neat solution to charge all of your Apple devices, the Belkin 3-in-1 MagSafe is a good option.

You can find the Belkin Boost Charge Pro 3-in-1 Wireless Charger with MagSafe from the Belkin Flagship Store on Lazada and the Belkin Official Store on Shopee.