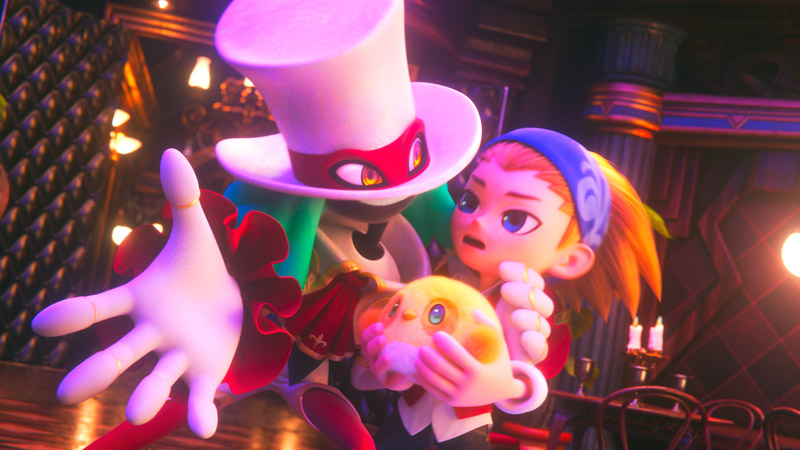 Balan Wonderworld looked incredibly strange from the moment it was announced. Various trailers painted the game as a colourful platformer with eccentric character designs and weirdo musical numbers, which fills a niche somewhere, I’m sure. Keeping it from flying under the radar was the fact that the game comes from game designer Yuji Naka, who programmed the original Sonic the Hedgehog game and stayed with that franchise for years before leaving Sega.

A platforming game from one of the original creators of Sonic the Hedgehog, backed by Square Enix? That’s enough to pique my interest, but Balan Wonderworld fails to live up to the reputation of its creators. We live in a golden age of platforming, especially with new titles like Crash Bandicoot 4 and Ori and the Will of the Wisp constantly blowing us away with their mechanical inventiveness and sparkling visuals. Balan Wonderworld has neither. In fact, it feels like a game several console generations behind this one with dated visuals, disjointed gameplay mechanics and a story that makes little to no sense.

Balan what in the world 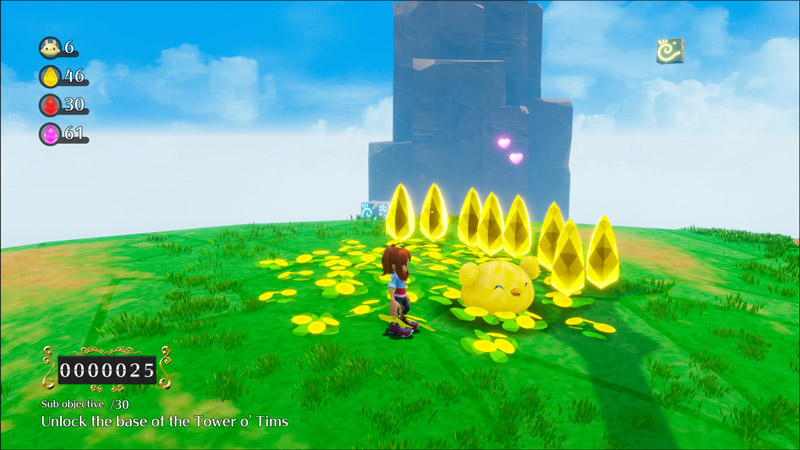 This game is insane. You play as either Leo or Emma, and the story begins with these two children stumbling upon a seemingly empty theater. Soon enough, they meet Balan - the game’s tall, nightmarish mascot with eyeballs in his hat, green tentacles for hair and a wide smile resembling the Cheshire Cat. Balan decides to help these two kids out by kidnapping them and throwing them into the Isle of Tims, but the game frames this as a fun adventure and not the horror story that it really is.

The Isle of Tims acts as a hub world connecting the game’s different levels, filled with tiny little marshmallow-like creatures that wander around doing their own thing. The story follows a really simple formula, where you hop from world to world in order to help some people out. For example, the first world has you travel through two farm-like levels filled with big pumpkins, giant shovels and shucked corn while you try to help out a farmer who lost all his crops during a thunderstorm. When you finish up this world, the storm disappears and the farmer is left with a couple crops left. Powerful stuff.

The story is awful. It doesn’t even meet enough qualifications to be called a story. It’s a mess of bizarre, random and utterly disjointed events that have you help a bunch of people the kids don't even know. The way you ‘help’ them doesn’t even make sense. One world introduces you to a girl who almost gets murdered by her pet dolphin and after a bossfight, we're treated to a cinematic of her happily swimming with the newly-reformed dolphin again. What? How on Earth did I help this person? Why is there a dolphin-themed horror-thriller in the middle of all this? Make it make sense. 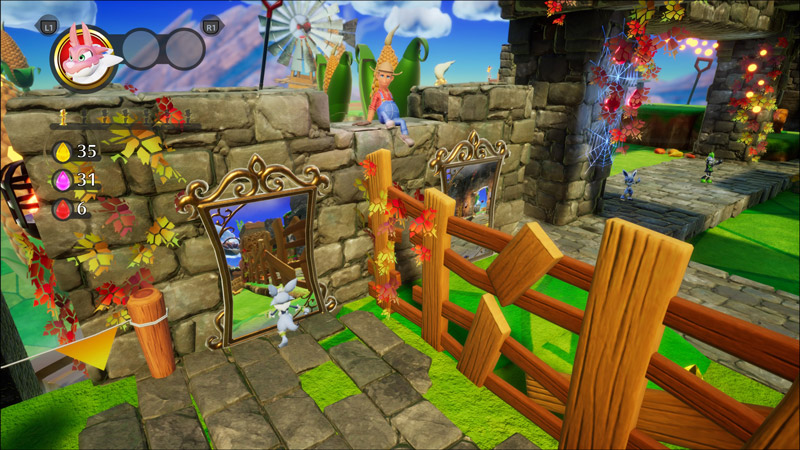 The game is desperate to convey a sense of eccentricity in almost every moment of gameplay, but ends up coming off obnoxious. Playing it feels like Balan himself is gripping you by the shoulders screaming, “Look at how weird I am! Look at all this corn!” It’s all a bit much. After my first bossfight, I had to sit through a sudden, overlong musical number featuring Balan and the farmer from the first world, and I just felt sorry for the poor suckers who had to animate it. Then I realised that there’s a musical number at the end of every single world in this game, and I started feeling sorry for myself instead.

Platformer games don’t need earth-shattering, heart-rending stories to be good. Super Mario Odyssey for example, just had you tour the world collecting a bunch of Moons while Mario tried to stop Bowser from kidnapping Peach - which is what he does in practically every other Super Mario game. However, that game was a blast to play through thanks to the Pixar-like charm of its characters, the sheer amount of life breathed into each world and a fantastic ending to wrap it all up. In Balan Wonderworld, the story’s presence is barely felt during moment-to-moment gameplay. You go through levels and see people around, but they’re static creatures providing a see-through illusion of life. They literally disappear when you get close. There’s nothing to engage with here. No interesting characters to meet, and no plot to follow.

That’s quite the wardrobe you got there 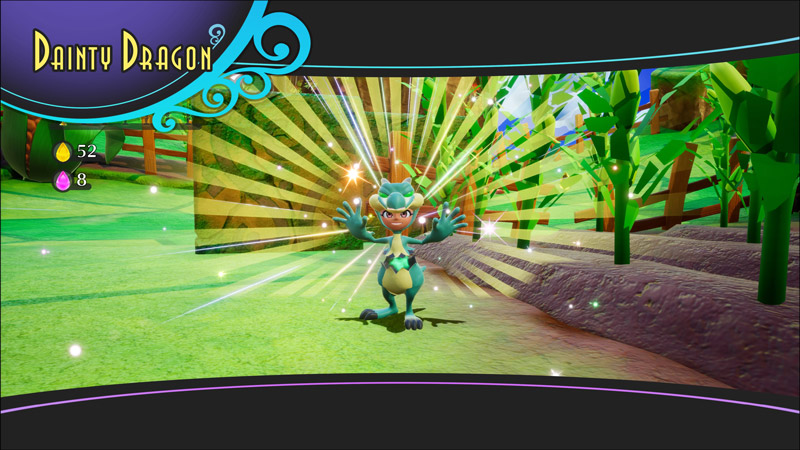 If you read past all that hoping that I’d eventually say, “But the gameplay makes up for it!” then I’m sorry to disappoint. Balan Wonderworld feels like a platformer you’d pick up on the PlayStation 2, and not a very good one. The controls feel awkward to use from the get-go, because almost every button on your controller is bound to just one action. I’m assuming that this was done to allow gamers from all experience levels to easily pick up the game, but this decision severely limits its gameplay - thanks to the costume system.

Costumes are how Balan Wonderworld keeps its platforming interesting. There are a stunning variety of them in the game (80 different types), and picking up each one gives you different abilities. Some allow you to glide after jumping. Others let you throw fireballs at enemies, or spin really quickly to smash objects. Each level introduces new costumes and gameplay mechanics, and constantly throwing new stuff at the player certainly isn’t a bad thing. The issue is that some of these costumes just aren’t fun to use, thanks to the game’s weird controls. You can only use one button for an action, which means that costumes that give you powers (like throwing fireballs) take away your ability to jump by occupying that action.

Imagine playing Super Mario, but without jumping. It breaks the game, right? Balan Wonderworld tries to alleviate this issue by allowing players to rotate between three costumes at any time, but then it takes those costumes away whenever you die or fall off a cliff. Whenever that happens and you need a specific ability to progress, you have to go out of your way to get the costume again, use it, and then immediately dump it for something that actually lets you jump. Other platformers throw a handful of fun abilities at the player all at once, with the game designed around you using them all in tandem. Balan Wonderworld instead forces you to constantly trade one for the other, resulting in levels and puzzles that can never get complex enough to be interesting. 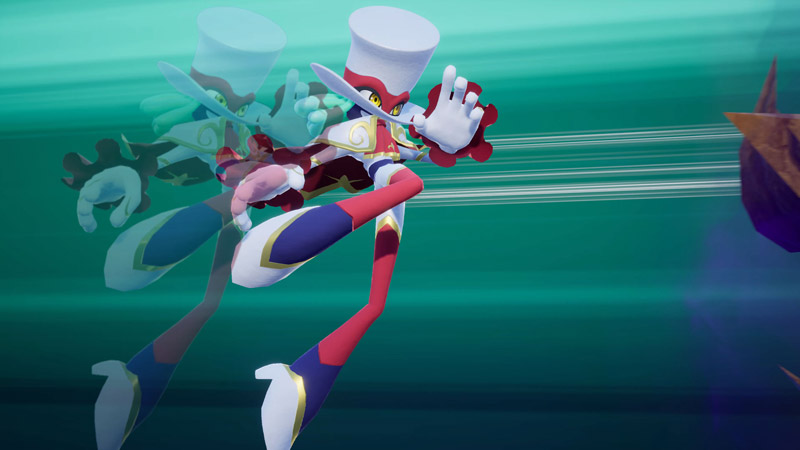 One last thing I want to hit on in this review is just how thoughtless Balan Wonderworld is to the player. A great example of this would be the gold Balan statue collectibles you have to collect during levels, because you need up to 110 of them to beat the game. These aren’t optional whatsoever - you must collect a certain number of them before the next level becomes available to play. They aren’t easy to find, either. Some are hidden behind puzzles and breakable items that require different costumes than the ones you might have on hand, which means that you’d have to go all the way back to a checkpoint to switch them out. If you finish a level without enough Balan statues to unlock the next one, too bad! You now have to replay the whole level just to find all the statues you missed, so you can get to the next level and repeat this cycle until the game ends.

The best part is that the game doesn’t even tell you this. I was stuck on the Isle of Tims for a long time after beating the first world, because the only objective I was given led me to a useless side quest. I had no clue Balan statues were required to get to the next level. You see a small meter of statues to collect while playing a level, but the game never thinks to contextualise them as anything other than optional collectibles. You need so many of them just to beat the game, and they don’t even feel that satisfying to dig up thanks to the awful costume system.

Last thing: once in a while, you’ll find a gold top hat in a level. Picking it up will throw you into an event called Balan’s Bout, which has the player go through a bunch of quicktime events. Several Balans will appear on screen at once, and you’ll have to time your button presses at the exact moment all of them line up. This gets old fast, but there are tons of them scattered throughout the game and earning anything less than an ‘excellent’ rating on them is unacceptable, because you lose out on a Balan statue if you do. You need those to progress, giving you no choice but to suffer through Balan’s Bouts again and again to grind for statues. 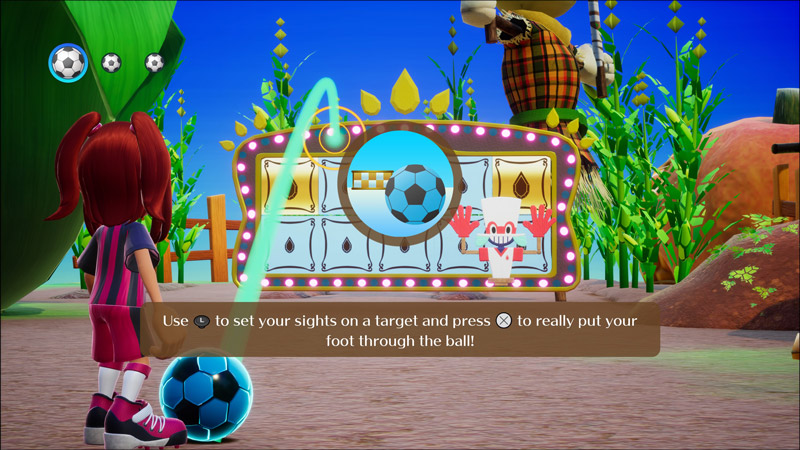 Balan Wonderworld tries its best to be a colourful and whimsical platformer, but it’s more akin to a long-forgotten PlayStation 2 game aping on its peers unsuccessfully. The costume-switching gimmick is solid in theory, but poor in execution on virtually every level. The levels are many and colourful, but simplistic and lacking in interactivity. Forcing the player to re-run old levels to unlock new ones isn’t fun, especially when they have to constantly switch out costumes to do it. All of this combined with the poor controls make Balan Wonderworld feel like one of the most uncomfortable and frustrating platformers I have ever played.

Write a Review
Compare This | Specifications
Colourful levels are easy on the eyes
CG cutscenes are really well done
Costumes are terribly implemented on every level
Bad controls
Bizarre and unengaging story
Lifeless level design
Tedious level gates that make you replay old levels for collectibles
Our articles may contain affiliate links. If you buy through these links, we may earn a small commission.
Sponsored Links