ASUSPRO B9440: The business notebook that even non-business users would want 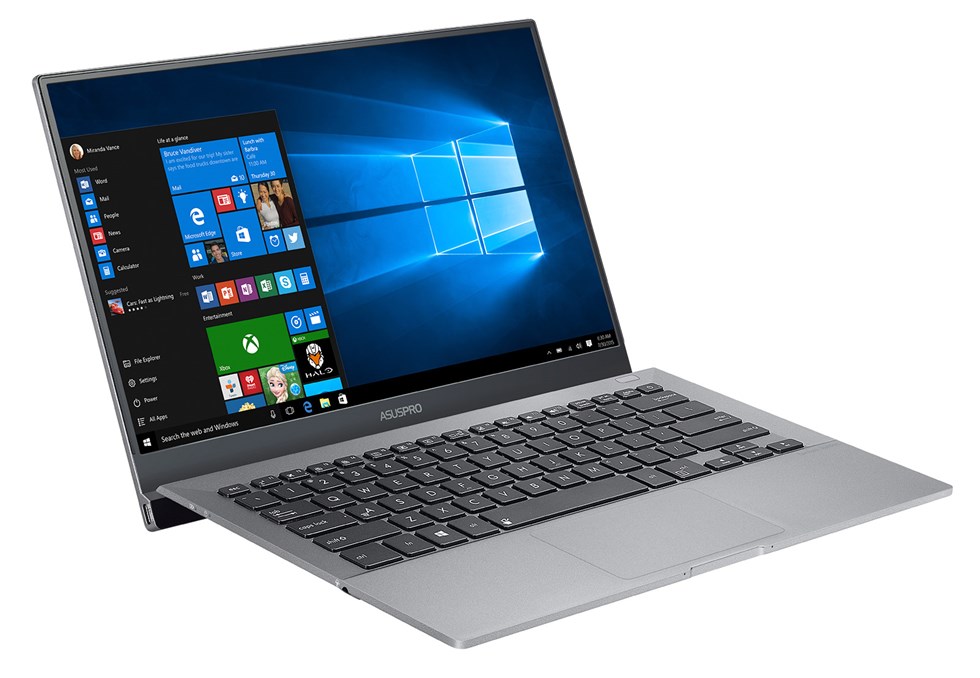 If you are the corporate sort, chances are, you might have a company issued notebook. The problem with these notebooks is that they are often underwhelming. They are usually underpowered, quite bulky, and also not very pretty to look at. Yes, there’s the Lenovo ThinkPad X1 Carbon, which is a gorgeous business-class notebook, but it is also really pricey. ASUS wants to have a crack at this market, and their entry into this market is the new ASUSPRO B9440. ASUSPRO is the commercial/enterprise arm of ASUS and creates devices designed specifically for commercial/enterprise use. However, as we've found, the B9440 can appeal to commercial deployment needs as well as personal usage and so, you can easily find this model in retail stores. On the whole, the ASUSPRO B9440 is actually pretty good-looking for a business notebook. The dull gray exterior might look a little bland, but one of the neat things about the B9440 is its unusual hinge. When opened, the hinge acts as a stand that props the keyboard up at an angle, making it easier to type. Apart from that, it gives the B9440 a unique profile that distinguishes it from other notebooks. The concept of having the lid open and prop up the keyboard isn't new, but it has traditionally only provided a very minor uplift to the notebooks we've assessed in the past; the B9440 however raises the keyboard to a very tangible degree that makes it a noteworthy design feature. If you are worried, ASUS says that the ASUSPRO B9440 has been designed to be rugged. It has passed MIL-STD 810G testing and numerous internal tests that include drop tests, panel pressure tests, keyboard durability tests, and even a hinge test that tests the reliability of the B9440’s unique hinge with over 50,000 open/close cycles. 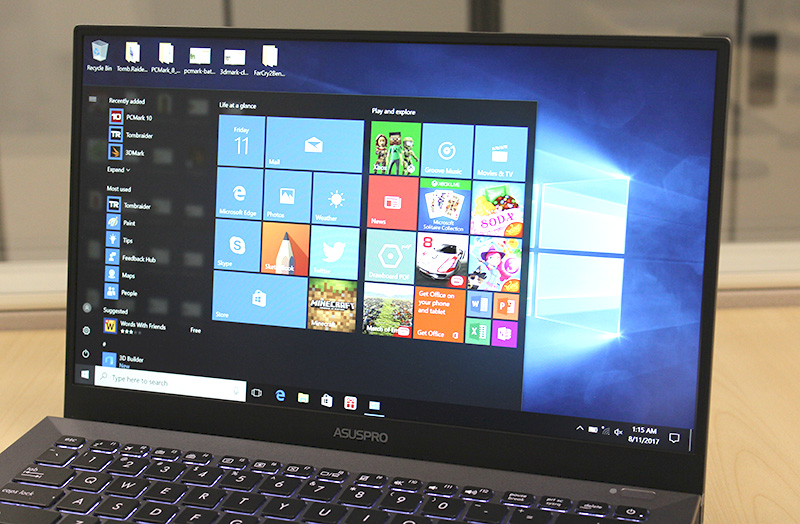 Like the ZenBook 3 Deluxe, the ASUSPRO B9440’s 14-inch display only supports Full-HD resolution (1,920 x 1,080 pixels). In today’s world of Retina, QHD, and 4K displays, a Full-HD display is starting to look a bit dated. However, fans of matte displays will be happy to know that the B9440’s display has a matte coating, which significantly reduces glare and reflections. It also means that the display is less harsh and easier on the eyes. However, the downside to this is that the display looks a bit hazy and muted.

The other thing noteworthy about the bezel is its super thin bezel, which only measures 5.4mm on the top and both sides, which is even thinner than the ZenBook 3 Deluxe’s. Obviously, this means that ASUS had to do away with the traditional positioning of the webcam above the display. However, unlike other notebooks like the LG gram and Dell XPS 13, which have their webcams relocated to the bottom of the display, ASUS has decided to do away with the webcam altogether. Yup, the B9440 has no webcam. Personally, I don’t think this is an issue since the quality of most integrated webcams is often questionable to begin with, but if you have to do video conferencing often, this could be an inconvenience to take note of.  You won't miss out on Windows Hello functionality since most webcams on notebooks aren't qualified for it, but the the B9440 does have fingerprint based security that can still be tied to Windows Hello. 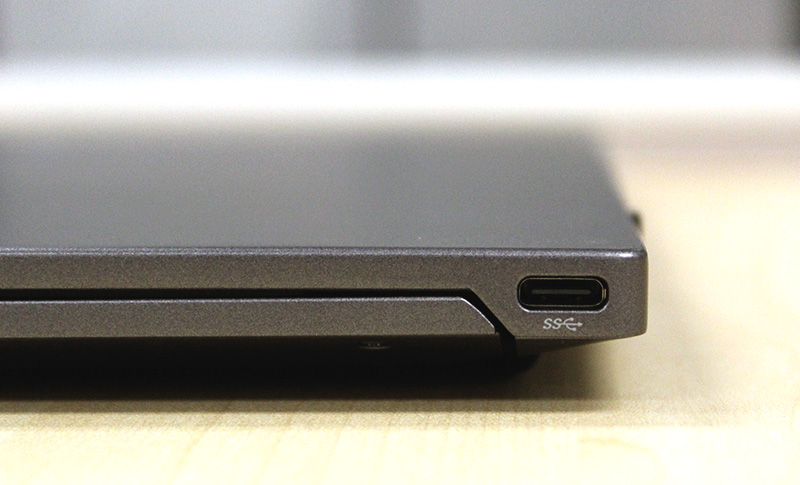 The ASUSPRO B9440 is available in three SKUs, which I will detail in a table below. The unit I have on the hand is the range-topping one that comes with an Intel Core i7-7500U processor (2.7GHz, 4MB cache) with the Intel HD Graphics 620 integrated GPU, a generous 16GB of RAM, and a speedy 512GB M.2 SATA-based SSD. This is quite similar to the ZenBook 3 Deluxe I tested some weeks ago, although the ZenBook 3 Deluxe has a faster PCIe-based SSD.

Here are all the three SKUs of the ASUSPRO B9440: On the connectivity front, ASUS has gone all out on USB Type-C, which is understandable given the slim dimensions of the notebook. The ASUSPRO B9440 comes with two USB Type-C ports and they are cleverly positioned at bottom of the display panel. Unfortunately, these ports do not support Thunderbolt 3. Instead, they support the USB 3.1 (Gen 1) standard, which means transfer speeds of up to 5Gbps.

The port on the left includes support for power delivery and docking, so there’s no separate power jack for power. The only other physical port that the B9440 has is a 3.5mm audio combo jack for both headphone-out and microphone-in. Wireless connectivity comes in the form of an Intel Wireless-AC 8260 adapter integrated within. This means support for 802.11ac and speeds of up to 867Mbps, as well as Bluetooth 4.1. To help users get used to only having just USB Type-C ports, ASUS provides a Mini Dock, which is a USB Type-C expansion hub that offers USB Type-A and Type-C as well as HDMI connectivity. ASUS paid a lot of attention to the ASUSPRO B9440’s keyboard, which is great because this is a notebook designed for business and professional users, who will likely do a lot of typing. The B9440’s keyboard is one of the best that I have ever used. The keys have a slightly dished profile for a better sense of feel and accuracy, and also have backlighting for use in dimly lit environments (i.e. on a plane). In addition, considering the slim dimensions of the B9440, the keys have a generous amount of travel, which makes typing more pleasant. But more importantly, the sensation of these keys is really well-judged with a slightly higher actuation force that most notebook keyboards, which makes the B9440 excellent for typing. In fact, it feels quite similar to a keyboard with Topre switches. What also helps make typing so good on the notebook is the keyboard-raising hinge. As mentioned earlier, unique hinge design of the ASUSPRO B9440 doubles up as a notebook stand when the notebook is opened. This lifts the notebook up at a 7-degree angle, which makes typing more comfortable. Finally, the keyboard is also spill-resistant and there's a fingerprint scanner to the top right of the keyboard. 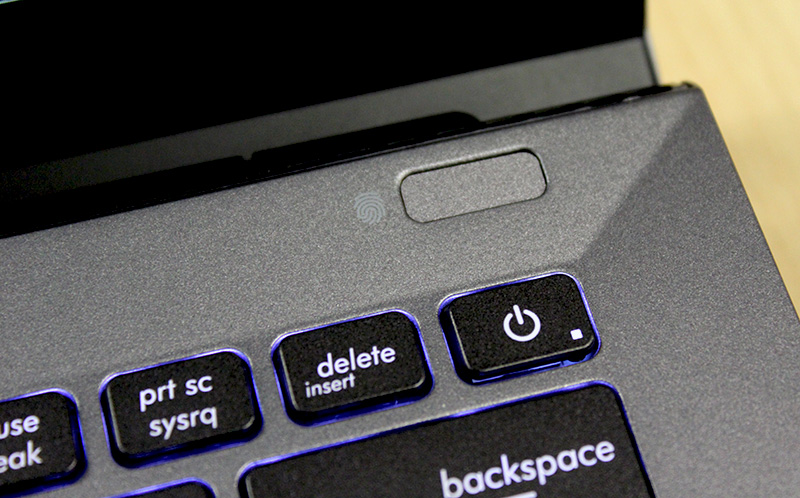 Moving on, the trackpad is decent but not quite as good as the one on the ZenBook 3 Deluxe. I have two major gripes with it. The first is that it lacks height, which makes vertical scrolling a bit cumbersome. Secondly, there’s a slight haziness and vagueness to the trackpad so I don’t find it to be quite as accurate and precise as it should be.