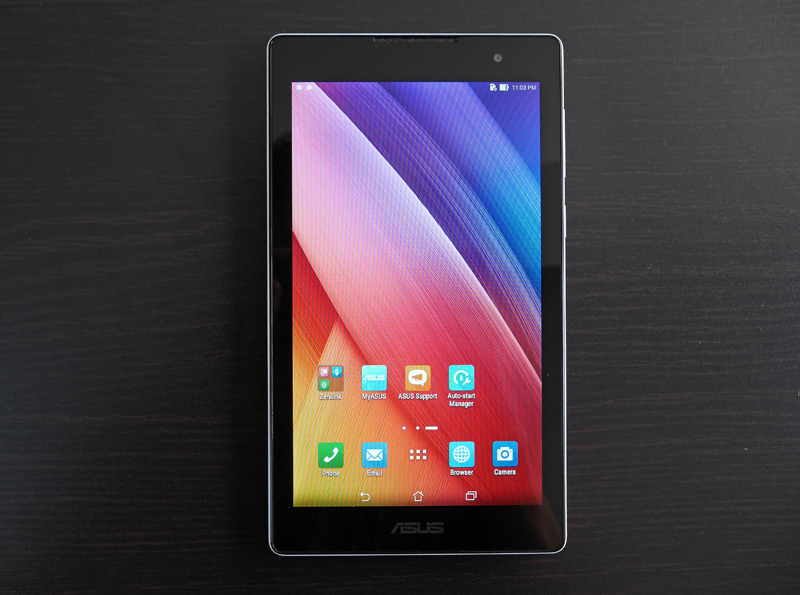 Over the past year, ASUS has been busy beefing up its tablet and phablet offerings with the likes of the VivoTab Note 8 and the Fonepad 7. The latest addition to ASUS' tablet lineup is the entry-level ZenPad C 7.0.

With a slim and portable design and dual micro-SIM card slots with 3G connectivity, the ZenPad C 7.0 is one of the most affordable tablets around with an unheard-of price tag of S$199. Its closest competitor is probably the Xiaomi Mi Pad, which is Wi-Fi only, and costs S$100 more at S$299.

But price alone is not a good indicator of value, and it remains to be seen if the ZenPad C 7.0 brings a compelling package to the table. So join us as we put the ZenPad C 7.0 through its paces and find out if it is truly a good buy for those looking for an affordable tablet.

With its 7-inch display, the ZenPad C 7.0 is noticeably smaller than most other mini tablets, as other manufacturers have generally abandoned that display size in favor of 8-inch displays. On the plus side, this does make it more portable than its competitors. 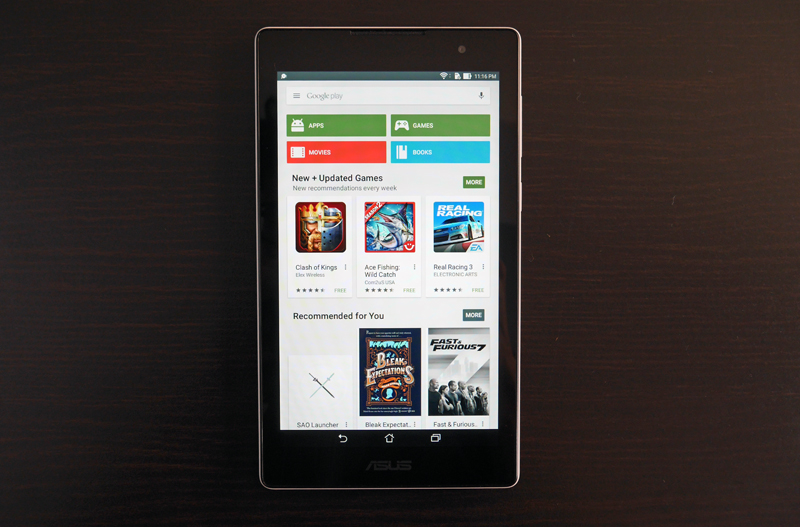 Despite its low price, the ZenPad C 7.0 feels well-made, and actually looks pretty good too. At 8.4mm thin the tablet isn't super slim, but it's not a brick either. It's also quite light at 265g. The edges of the tablet are slightly raised above the screen, and the back of the tablet has a textured white finish, with a sort of faux leather pattern, which results in a nice, secure grip. 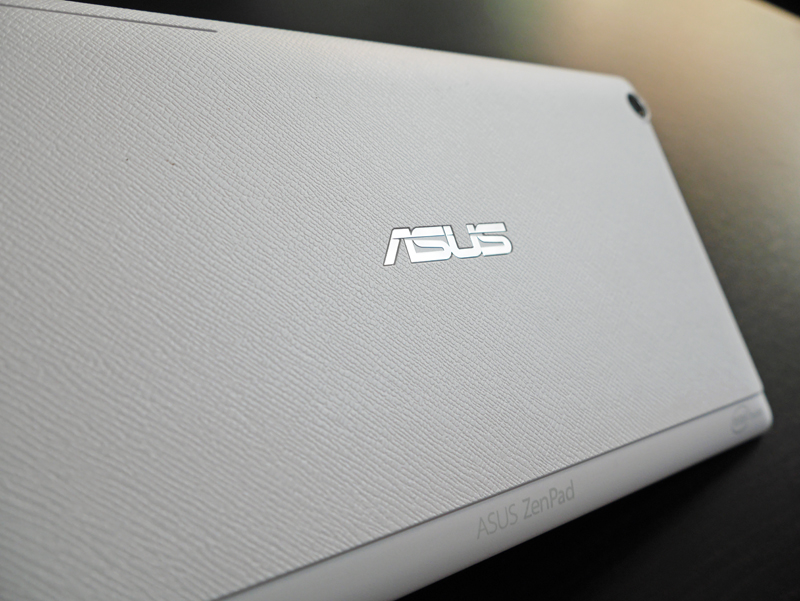 The speaker and the webcam sit on the front of the tablet, at the top bezel, with the 3.5mm headphone jack located on the top edge. Unfortunately, the positioning of the speaker means that using the tablet in landscape mode, for example when watching videos, results in audio only coming from one side. 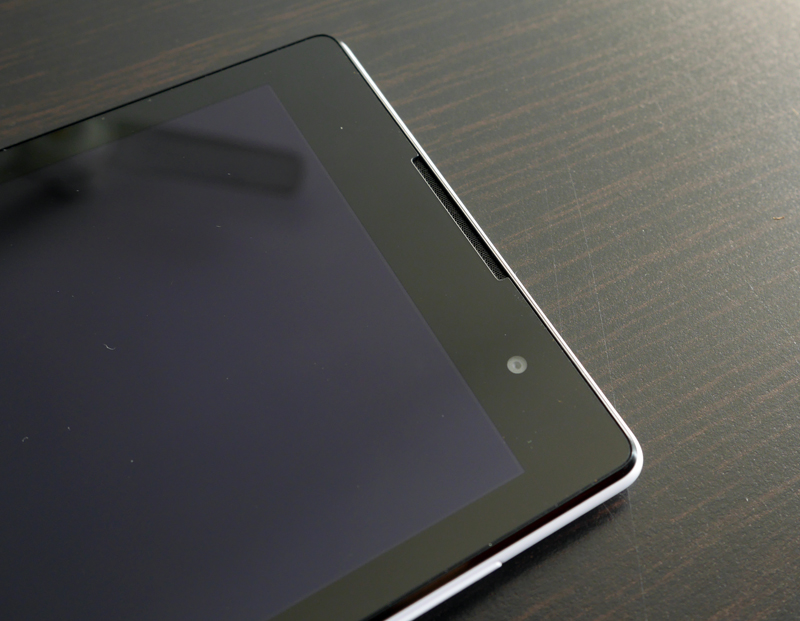 The power button and volume rocker sit on the right edge of the tablet, while the Micro-USB port is located at the bottom. Flipping the tablet over, there's a 2-megapixel camera at the top left corner and a plastic flap at the bottom left corner, which hides a MicroSD slot and two SIM card slots - both of which have 3G connectivity. And yes, you can make voice calls with the tablet too. Unfortunately, the flap is very thin and a bit fiddly and feels like it might snap off. 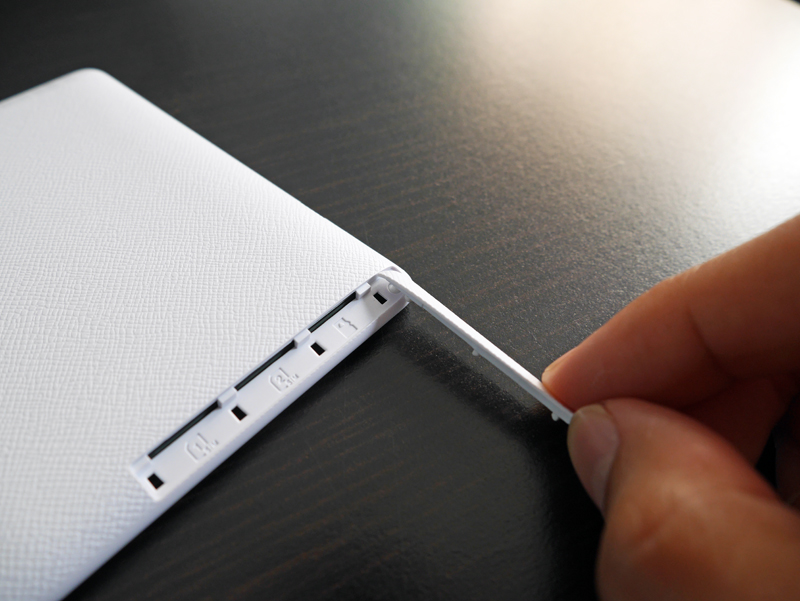 Surfing the web and watching videos on the tablet also reveals that the tablet's maximum brightness leaves much to be desired. Colors also look a bit washed out compared to both the Mi Pad and Tab A, lacking vibrancy and contrast. 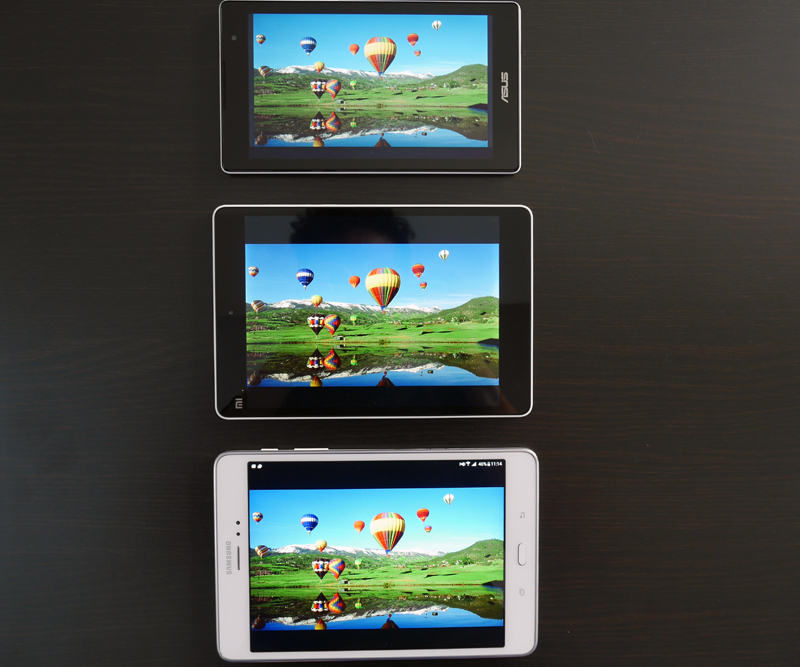 On paper, audio on the the ZenPad C 7.0 looks pretty good thanks to built-in DTS-HD Premium Sound and SonicMaster technology. Unfortunately, the reality isn't as good, and audio quality is lacking overall, being both sharp and tinny at higher volumes. Volume-wise it's also a bit on the soft side.

The ZenPad C 7.0 runs on Android 5.0 Lollipop with ASUS' ZenUI skin on top of it. It's not that different from vanilla Android, so you shouldn't have any trouble using the ZenPad C 7.0.

One problem you'll encounter with this tablet is that, with only 8GB internal storage, the OS and ASUS' custom apps take up about half the available storage space. Fortunately there's a microSD card slot, but it only supports cards up to 64GB in capacity. 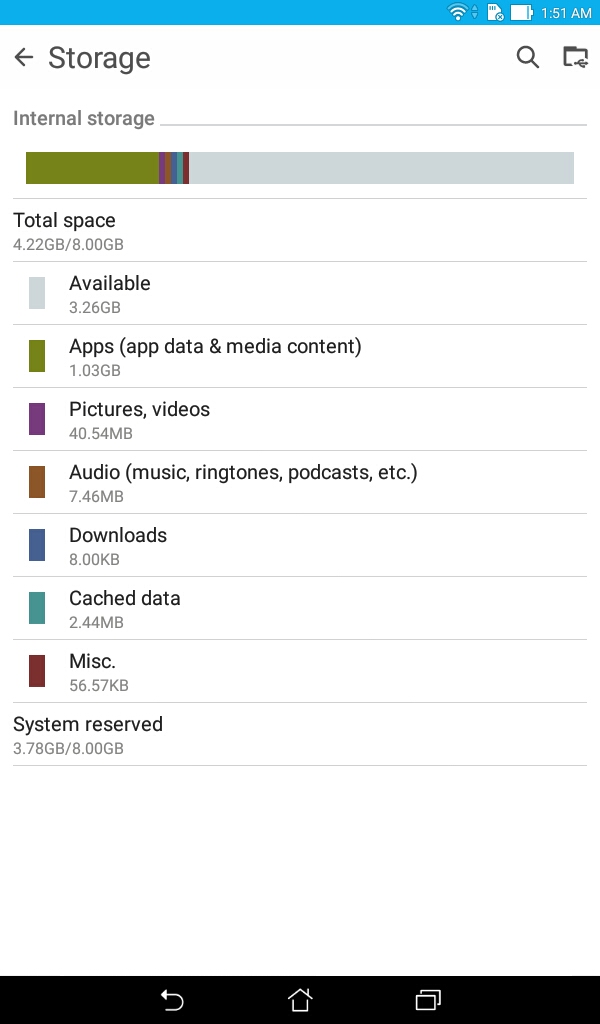 The tablet does come with some useful apps such as PC Link, which mirrors the tablet's display on a PC through either Wi-FI or USB. There's also the Auto-start manager which lets you choose which apps run in the background when starting up the tablet, which can help extend your battery life. If you're interested in an extensive overview of ZenUI, click here. 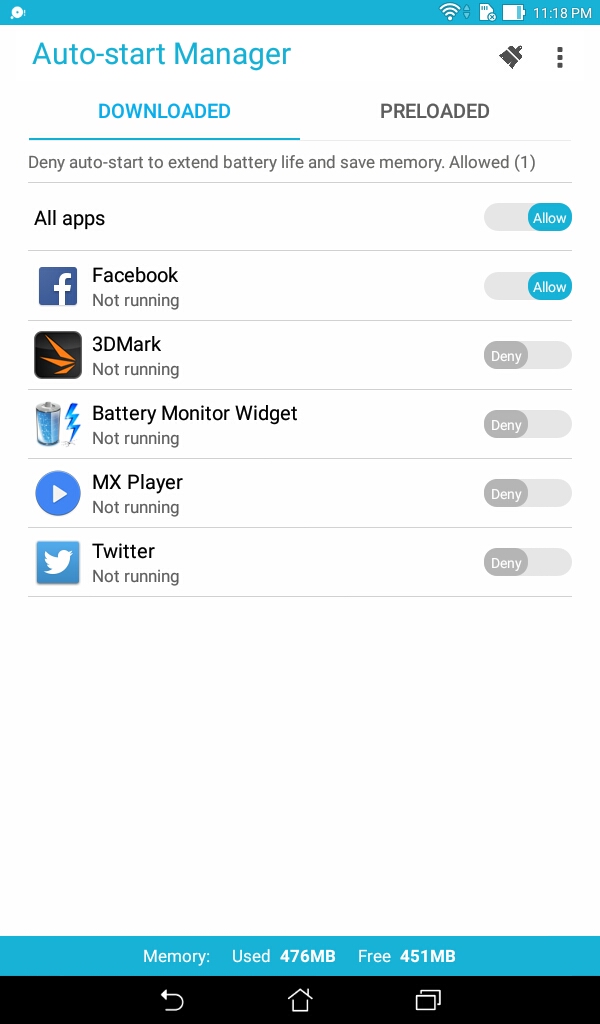