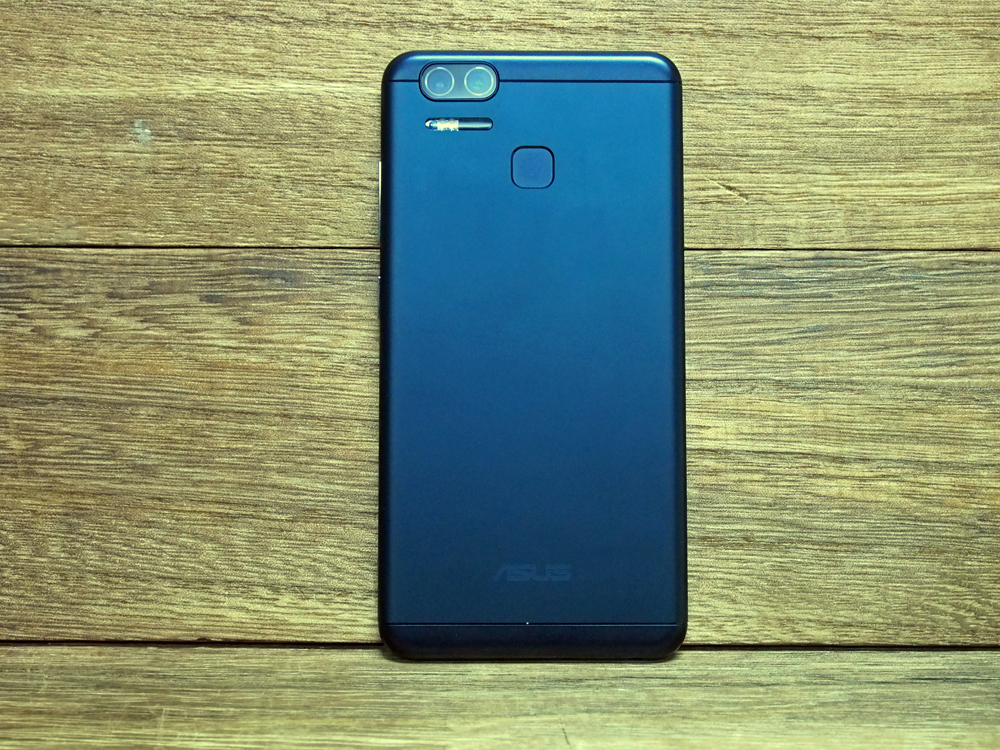 Taiwanese electronics and components maker ASUS adds another phone to its ZenFone range, and it’s called the ASUS ZenFone Zoom S. This phone is the successor to last year’s ASUS ZenFone Zoom, and it is also part of the ASUS ZenFone 3 product family. Speaking of which, whatever happened to the ASUS ZenFone 3 Zoom that was actually launched at CES 2017 and was previewed by HWZ? Well as it turns out, they are both the same phone with the same model number (ZE553KL), but the local ASUS team wants to market it as the Zoom S.

As its name implies, the ZenFone Zoom S (ZE553KL) is a phone that emphasizes on its smartphone-photography capabilities. To that end, this phone comes with a dual rear camera setup – a first for ASUS and the star feature of the phone. They are both specced at 12 megapixels with very different purposes – the main one packs a Sony IMX362 sensor, and it’s further assisted 4-axis OIS (optical image stabilization).  The accompanying Zoom Camera has a fixed 59mm focal length (35mm equivalent), giving it a fixed 2.3x optical zoom.

While the preceding ZenFone Zoom had a higher megapixel count along with a further 3x optical zoom, imaging performance was average at best even when compared against non camera-centric smartphones. This left a lot of room for improvement, and makes us hope that the succeeding ZenFone Zoom S will measure up in this department.

Under the hood lies a Qualcomm Snapdragon 625 SoC – if you recall, this was also present in the ZenFone 3 base model. This means that the ZenFone Zoom S is a 'mid-range offering', with the premium ASUS ZenFone 3 Deluxe taking the current line-up’s flagship spot. With a massive 5,000mAh battery capacity, it also seeks to redress what the 4,100mAh ZenFone 3 Max didn’t manage to achieve and hopefully help shutterbugs enjoy more photography time.

Will the ASUS ZenFone Zoom S be the maverick device that melds all the best of what we hope to see from the ASUS ZenFone lineup and surpass the mark set by the ZenFone 3? Let's find out in this review. 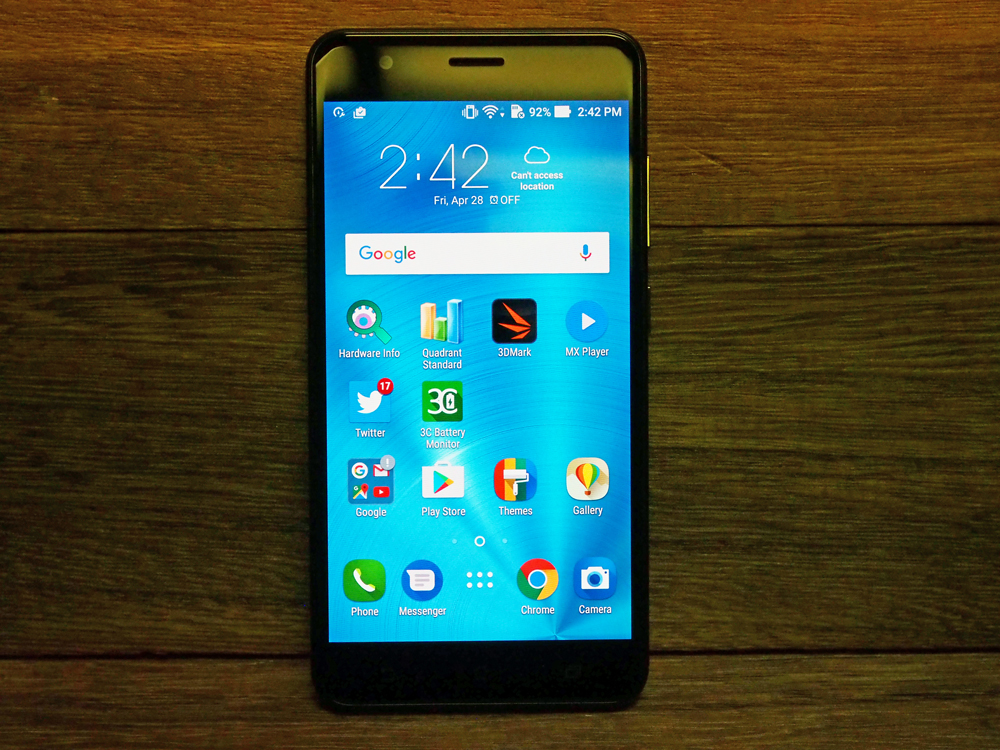 While the ZenFone 3 was stylized like a Sony Xperia phone, the ZenFone Zoom S shared the same design language with flagship phone models like the Huawei P10 and the Xiaomi Mi 6 (which in turn, was inspired by iPhone 7’s physical design). Right off the bat, it’s understood that the Zoom S departs from the base model’s appearance (ZenFone 3), but it’s not entirely original. 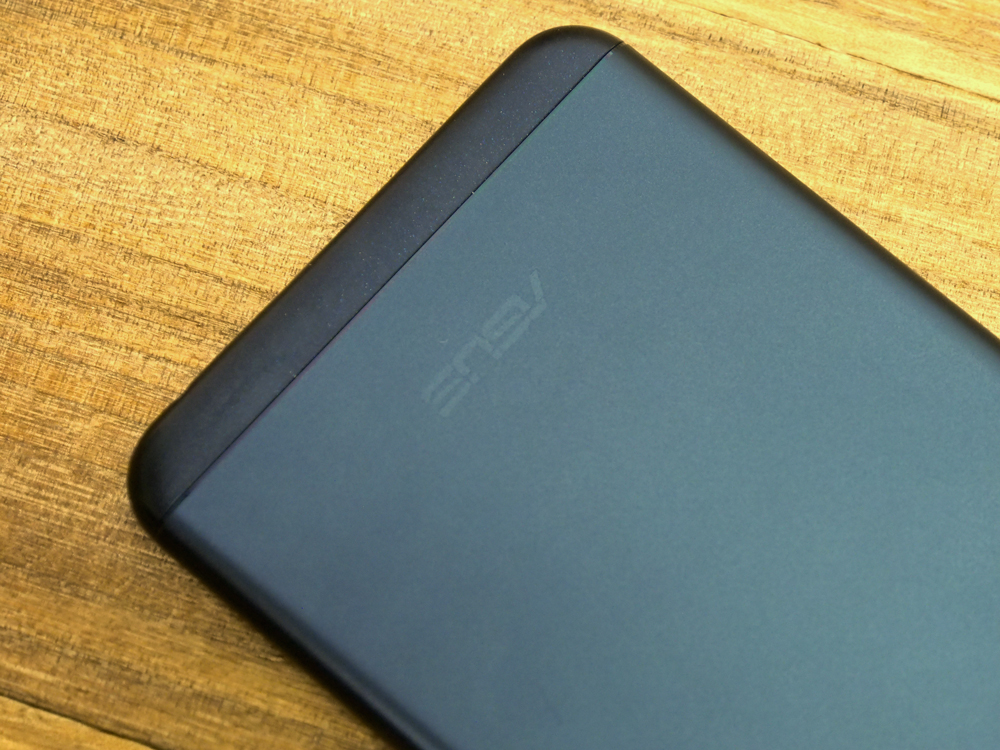 The ZenFone Zoom S uses an aluminum alloy body with a sandblasted matte surface. The edges and corners are rounded, like the P10 Plus and Mi 6. ASUS also borrowed design influences from the ZenFone 3 Max – it kept the two polished antenna lines. This is largely different from the ZenFone 3 and ZenFone 3 Deluxe, where they had no visible antenna lines running across the back of these devices. 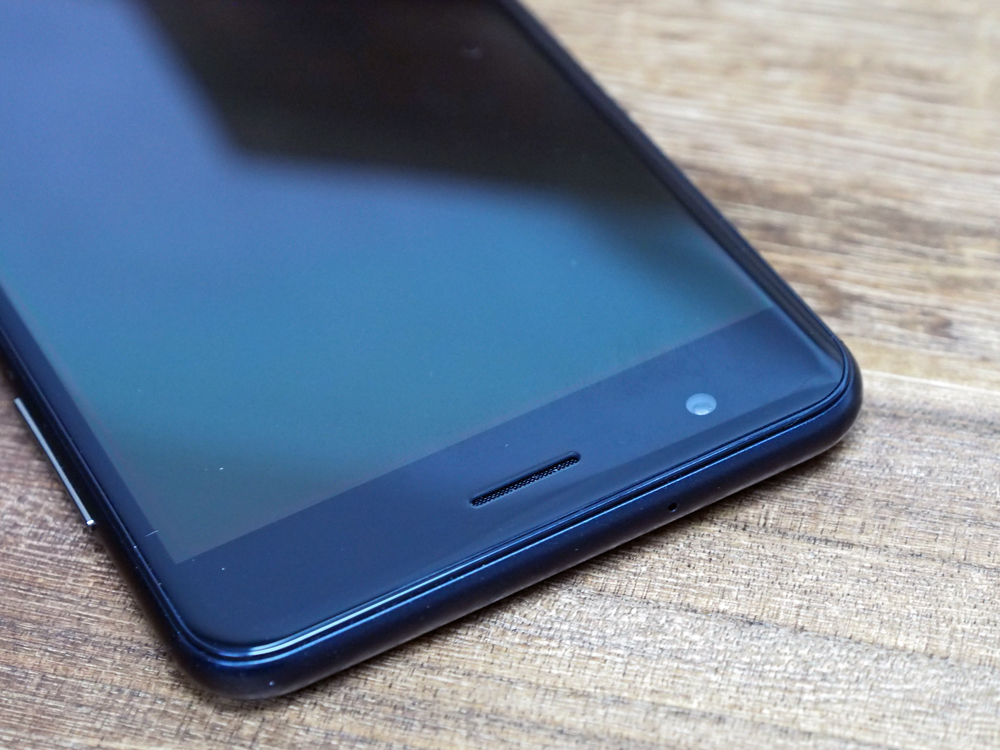 The front features a 2.5D glass with contoured edges, and it’s finished with a coat of Gorilla Glass 5. The contoured edges lend the seamless-looking appearance, and it meets the metal body at the chamfered edges. This provides a tactile response that signals the edges of the display to our fingers, at the expense of an all-out seamless feel that many of the flagship phones are starting to boast. Chamfered edges like these can't be found on the P10 Plus or the newer iPhones, so it doesn’t feel the same as using these rivals. 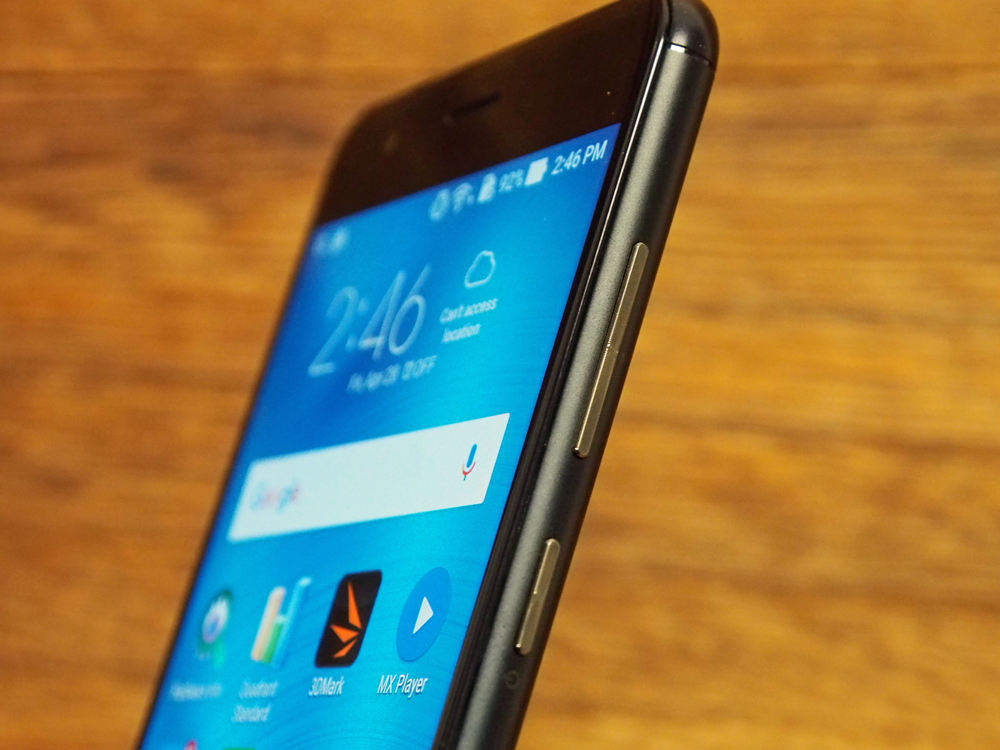 With its 7.99mm thin profile and 170g weight, the phone feels light and sleek like the P10 Plus, and it's comfortable when gripped in one hand. However, the width of the ZenFone Zoom S requires you to utilize both thumbs in order to comfortably operate the device in day-to-day handling. 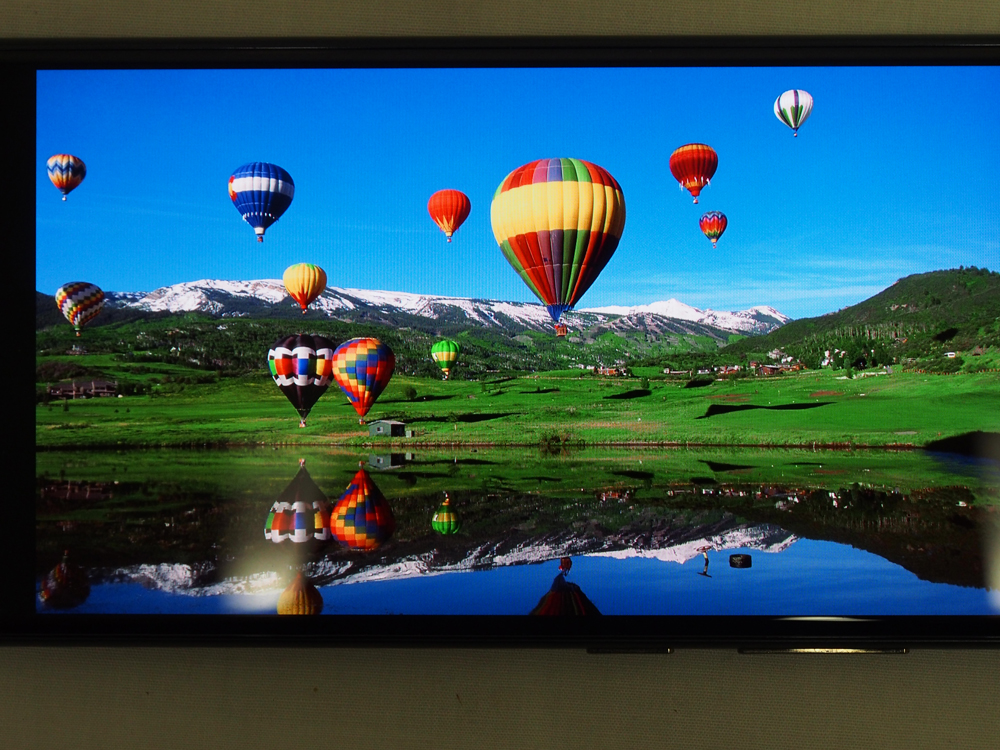 On this device, you’ll find a 5.5-inch AMOLED display that handles Full HD resolution (1,920 x 1,080 pixels). Like most typical AMOLED displays, the Zoom S exhibited a warm color temperature (check those snow-capped mountains out). It’s also vibrant and bright, and it has no issues rendering minute details, such as highlights and mild differences in hues.

Like the ZenFone 3, the ASUS ZenFone Zoom S uses a "5-magnet NXP Amp" speaker. By itself, the phone's speaker is very loud for its size. We don't think it's actually different from the ZenFone 3 in this aspect. The ZenFone Zoom S also has the 3.5mm audio port – it's located to the left of the USB charging port. Elsewhere in the audio department, the Zoom S has been certified for Hi-Res Audio, making it compatible with fellow Hi-Rest Audio headphones. The phone can playback audio files saved at 24-bit/96KHz or 24-bit/192KHz audio resolution. 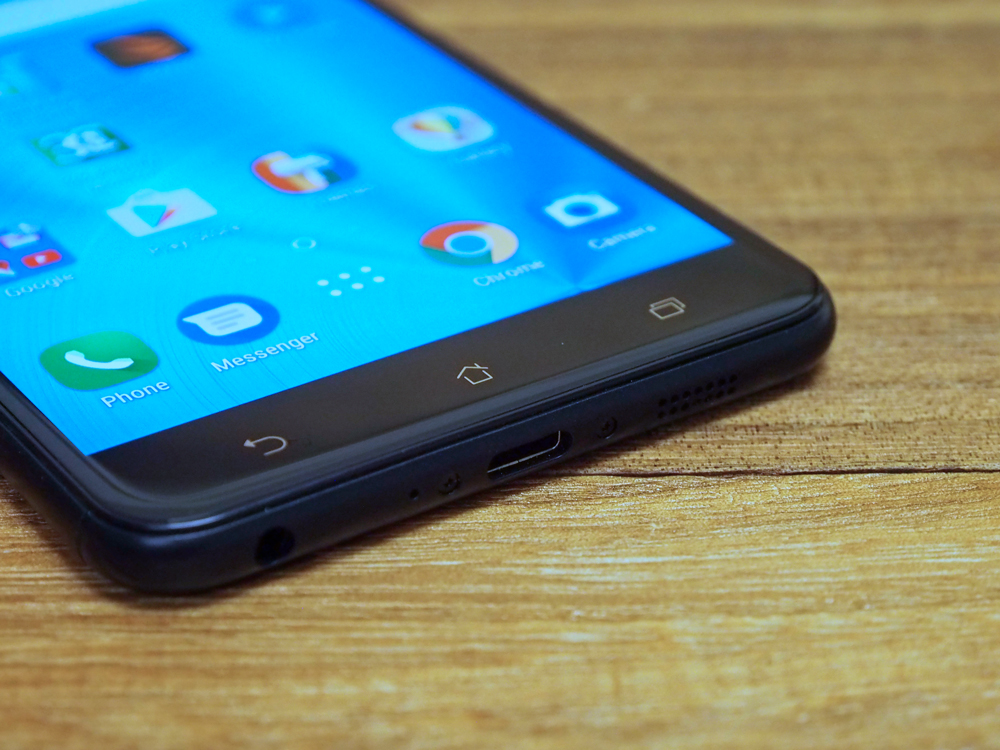 While the ZenFone Zoom S ships with Android 6.0 (Marshmallow) OS, ASUS said that the phone can be updated to Android 7.0 (Nougat) OS within the first half of 2017. This would give the phone the ability to shoot images in RAW format, but for now it doesn't support this even though the device is camera-centric in nature. Meanwhile, the current iteration of the ZenUI is more palatable than the previous iteration as they've toned down on the juvenile-looking gradients in their stock apps.

Both of the ZenFone Zoom S nano SIM card slots are compatible with 2G, 3G, and 4G networks, but only one SIM card can connect to a 3G or 4G network at any one time. The second nano SIM card slot can double up to take in a microSD card to expand the phone's built-in 64GB storage space. This dual SIM, dual standby configuration is quite common in modern Android smartphones as well – the ZenFone 3 supported dual SIM in the same manner. 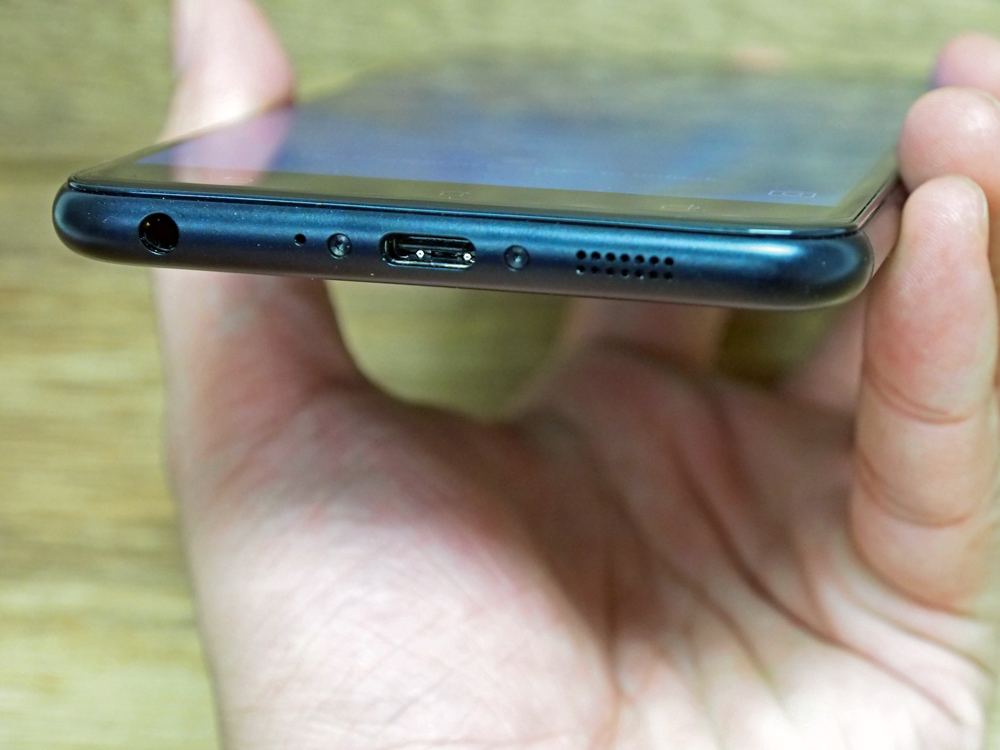 The USB Type-C port (at USB 2.0 speed of course) on the ZenFone Zoom S also supports reverse charging at 1.0A. Yes, it’s also possible through the ZenFone 3 Max, but the latter’s USB OTG charges other devices at just 0.5A. Since the Zoom S uses a USB Type-C port, ASUS provided a Type-C to Type-B adapter in the retail box as many devices still rely on the older USB Type-B port. 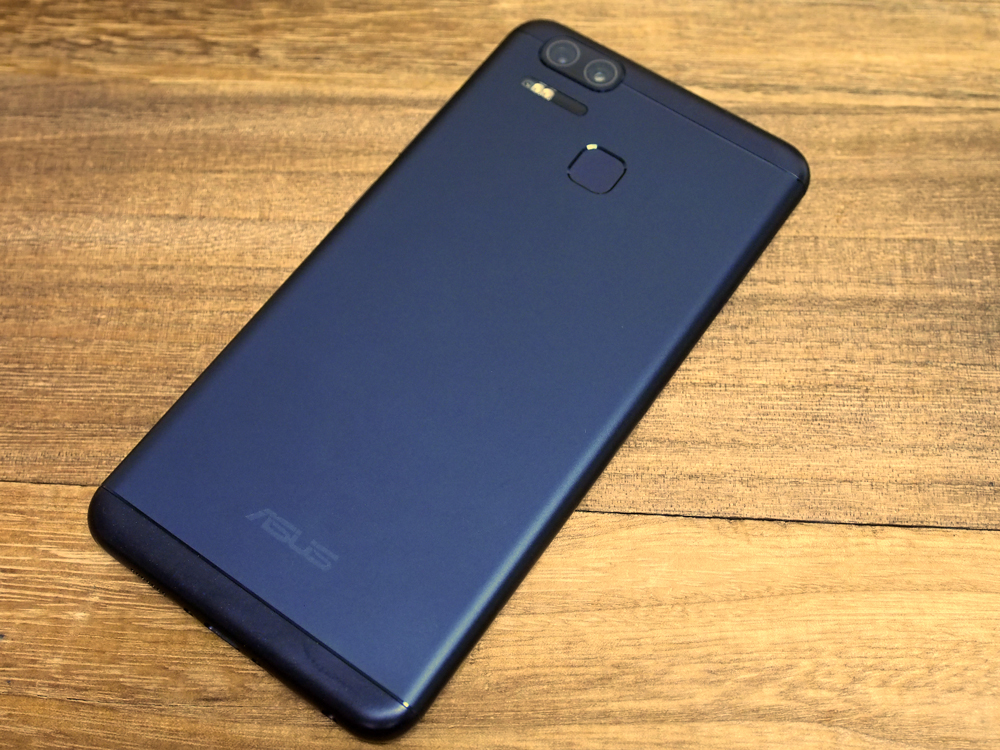 ASUS expectedly brought over their fingerprint sensor feature to the ZenFone Zoom S. In the same fashion as the ZenFone 3 and ZenFone 3 Deluxe, the sensor is also located at the rear. The furrowed square-shaped sensor features a chamfered edge that’s helpful when you need to guide your index finger to the scanning area. ASUS said that the decision to change to a square shape (from the oblong sensor on the ZenFone 3) makes the phone appear sleeker. Funnily enough, the on-screen setup instructions still depict the sensor as a rectangle. That said, you can register up to five fingerprints on the device.

One notable claim from ASUS is that the fingerprint sensor has a 0.3-second unlock time. In actual use, we found that it actually worked rather swiftly, possibly justifying their claim. Even from a locked state with a blank display, it instantly registers our finger once it meets the sensor. 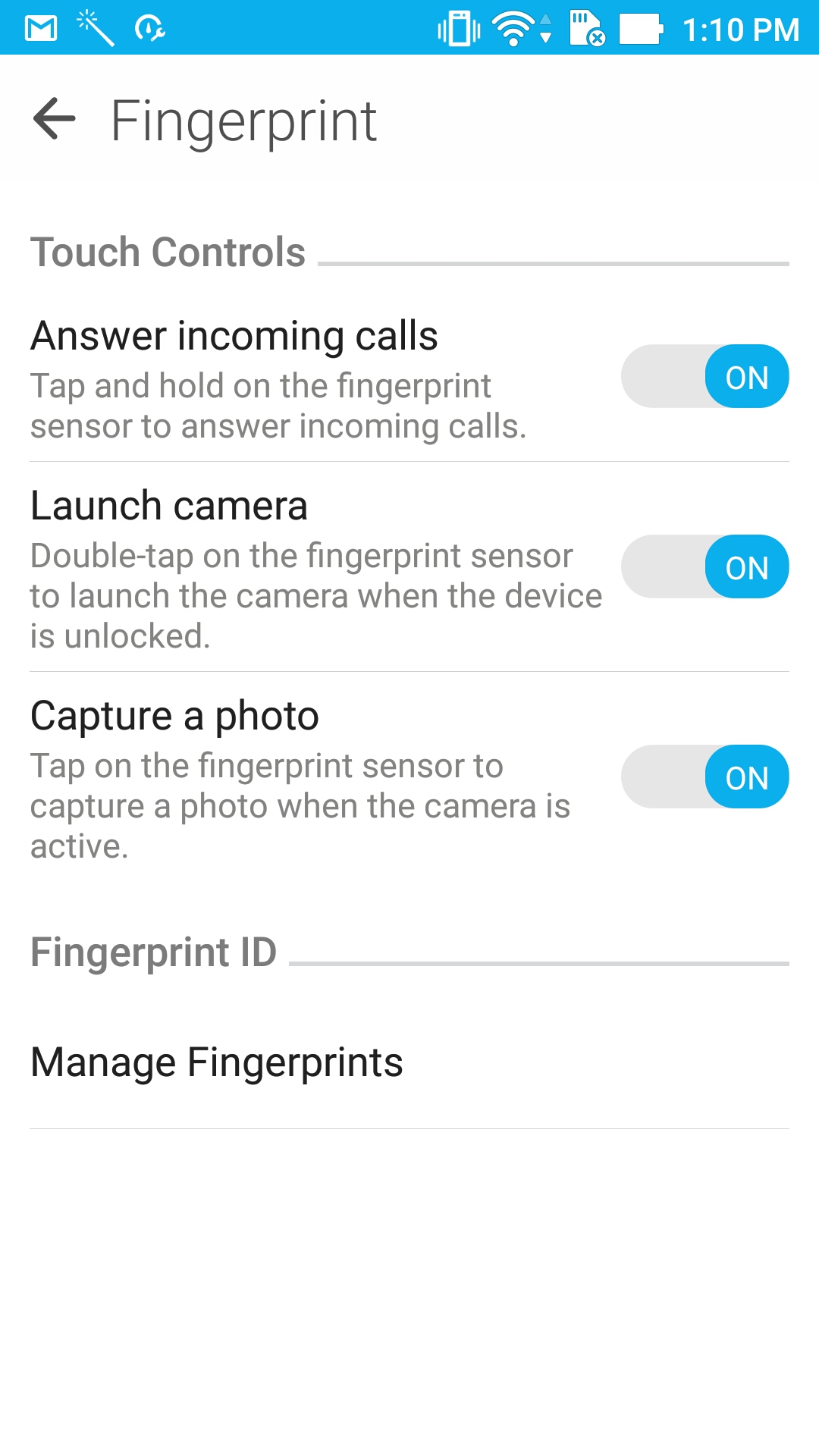 There are other optional fingerprint-related features that can be activated within the settings app. There’s one that lets you pick up calls when the phone is ringing, which is handy when you simply want to lift your phone off a table and start chatting away. Double-tapping the sensor (while the phone isn’t locked) launches the camera app.

There’s also the option to snap photos via single-tapping on the fingerprint sensor while in camera mode. However, we believe that using two hands for photo-taking provides more stability. That, in turn, makes the fingerprint-snapping option redundant due to its placement and purpose.

Since the fingerprint sensor is so awesome, it should be a cinch when paying via cashless mobile methods such as Android Pay, right? No, because the ASUS ZenFone Zoom S has no NFC support. We found this strange since the previous ZenFone Zoom did have NFC. ASUS could not comment to us when we asked why this feature has been removed in this day and age as well as class of device.