Speculate no more, Apple’s AirTag is finally here to keep track of all you own
Product Listing
AcerAlcatelAppleASUSBang & OlufsenBlackBerryDellElephoneGarmin-AsusGooglehonorHPHTCHuaweii-mateINQLEAGOOLenovoLGMicrosoftMotorolaMWgNokiaO+O2OnePlusOppoPalmPhicommPrimo Mobile RealmeSamsungSonySony EricssonVertuViewsonicVivoXiaomiYotaPhoneZTE 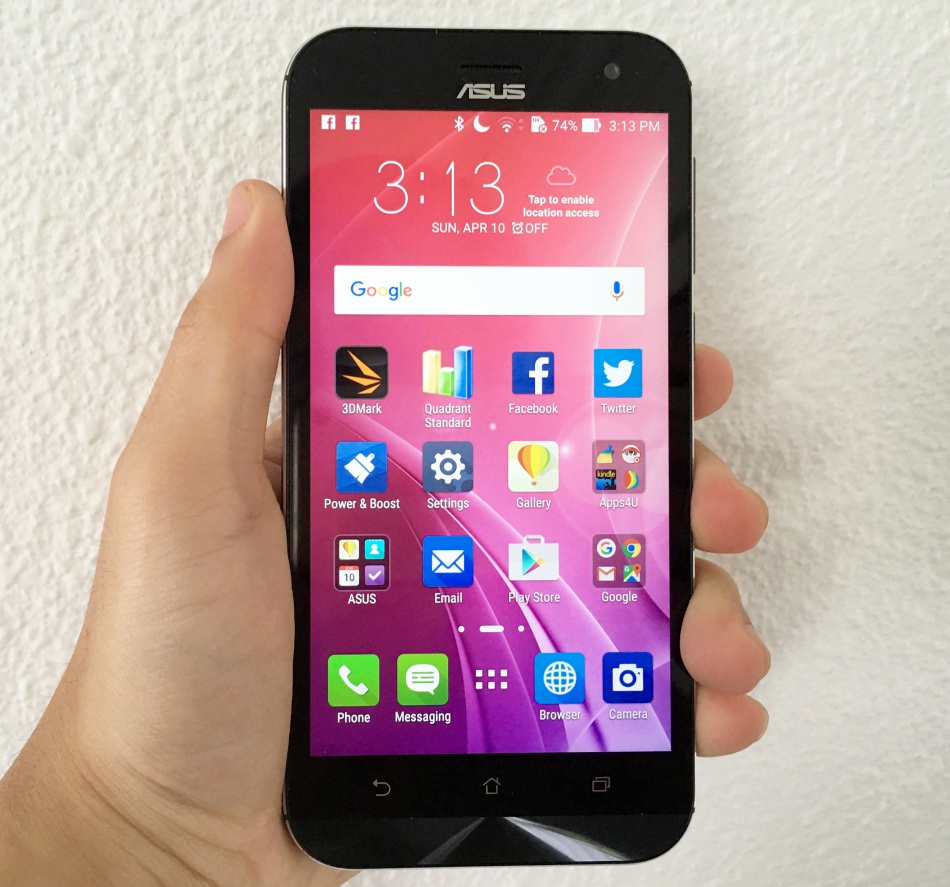 Mobile photography has become a major trend in recent years with phone makers working hard to constantly outdo one another with higher megapixel cameras, bigger sensors and wider aperture lens. For Taiwanese company ASUS, it's betting its chances on integrating optical zoom into a smartphone. To be clear, your current smartphone camera has a zoom function, but in actual fact it's using digital zoom, which works by cropping the image and enlarging it, compromising picture quality in the process. The ZenFone Zoom on the other hand has an actual optical zoom lens, the same kind you would find in a DSLR or compact digital camera. Zoom lens are far more complicated and bulkier than their fixed focal length counterparts, which is why we haven't seen one in a slim smartphone until now. Samsung was of course the first in the market with the Galaxy S4 Zoom and later the Galaxy K Zoom, but their form factor and handling was closer to a compact camera than a smartphone.

ASUS announced the ZenFone Zoom at CES 2015 alongside the popular ZenFone 2 and it was a long wait for this beast to arrive on our shores. Consumers in Taiwan were among the first to get the ZenFone Zoom last December before landing in Singapore last month.

With the competition pushing for bigger pixels and better lenses, is there a need for optical zoom in smartphones today? Let's find out in this review. But first, here's a quick overview of its specs:

ASUS uses a burnished leather finish and traditional Italian leather tailoring where only 38% of the hide with the thinnest and toughest cut made the grade. It is noticeably rougher than the one on the G4 which isn't a bad thing as you get a better grip of the 5.5-inch phone. For some, it could perhaps be too rough that it might feel a bit like plastic; since this is subjective, you'll have to try it out personally. We also don't know how well the leather finish will fare against wear and tear, but the color choice (black) makes it less of a headache for maintenance. 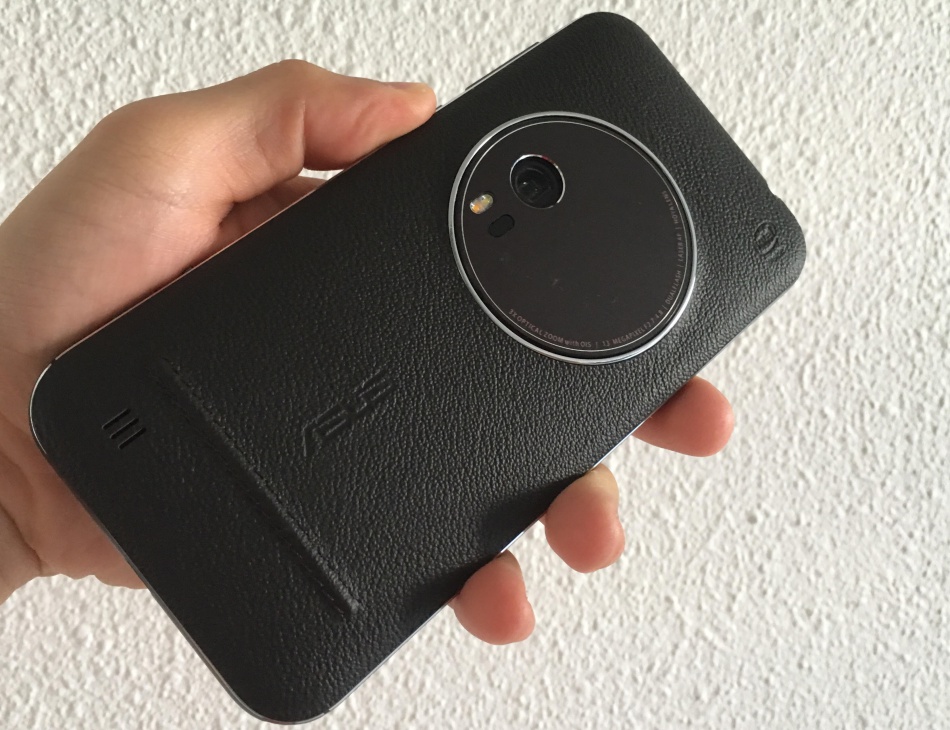 The rear cover is removable via a slit at the bottom left corner. Hidden beneath the leather cover is a micro-SIM slot and a microSD memory card slot. You also can see the embedded 3,000mAh battery and the gigantic camera module. The latter reminds us of the Nokia Lumia 1020 which also has a huge camera bump. However, the camera bump on the ZenFone Zoom does not make the phone wobble when placed on its rear as there is another horizontal ridge at the bottom. As for the camera lens, it rests comfortably within the metallic disc. Therefore, you do not have to worry about scratching the lens. The heft of the camera lens is noticeable and makes the ZenFone Zoom feel a little top heavy. It also feels weird to come in contact with the metallic disc while handling a mostly leather-backed rear with your hand. 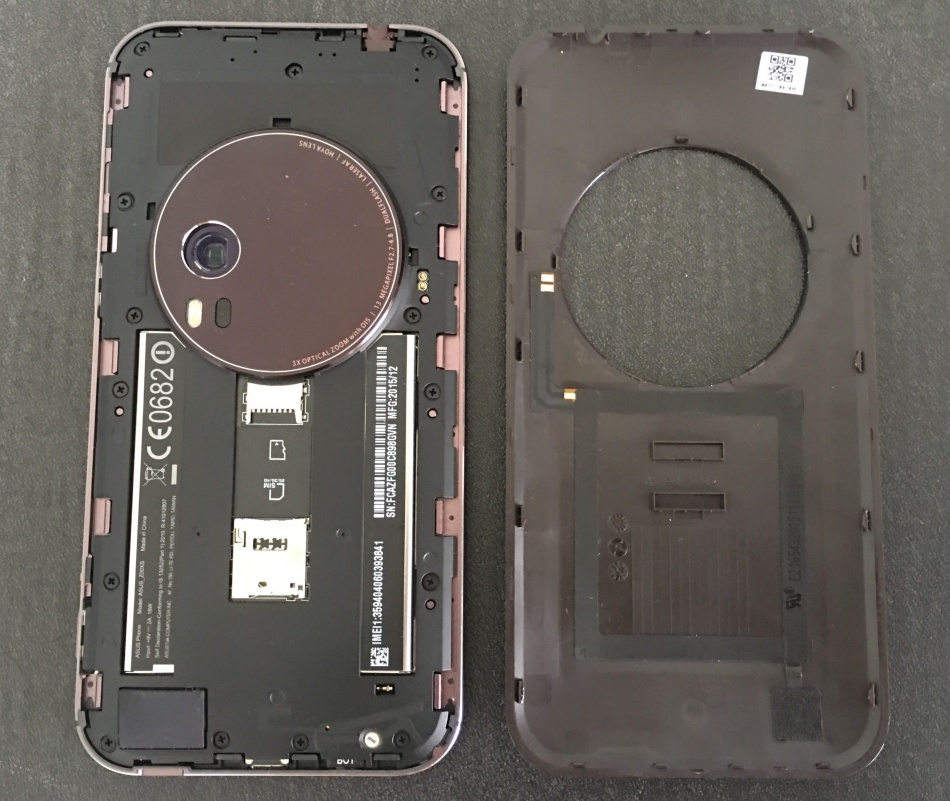 The front of the ZenFone Zoom is dominated by a 5.5-inch IPS display with three capacitive navigation buttons at the bottom. Similar to the ZenFone 2 and ZenFone, there is no backlight for these buttons which can make navigation in the dark difficult. We sincerely hope ASUS takes some cues from Xiaomi which has addressed this issue with its affordable Redmi Note 3.

As a camera-centric phone, the ZenFone Zoom boasts "real camera buttons" on the bottom right, consisting of a dedicated shutter button and a shortcut button to start video recording immediately. You can press and hold either button when the screen is off to activate the camera. Both buttons are very well-designed and tactile. Just like a DSLR, the shutter button can be pressed halfway to lock the focus, exposure and white balance before pressing fully to take the shot. The top right section houses the power button and volume controls. In camera mode, the volume controls can be used for zooming. 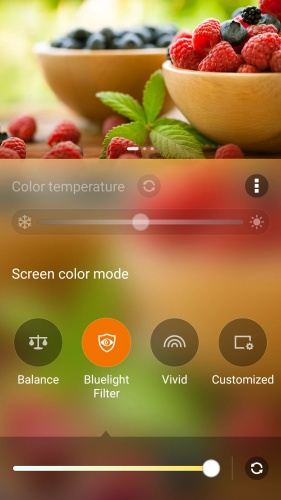 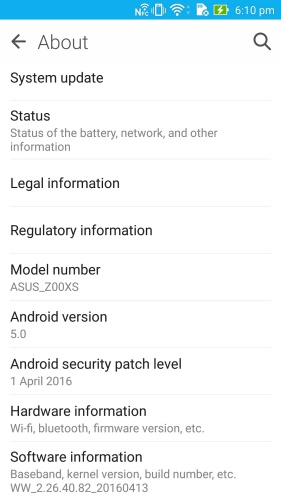 The ZenFone Zoom runs on ZenUI, a customized Android overlay developed by ASUS similar to HTC's Sense and Samsung's TouchWiz. You can check out the core features of the ZenUI here: 5 notable features of the ASUS ZenUI. Over the past year, ASUS has added more than 1,000 new features to the ZenUI which include ZenMotion, ZenUI launcher, Themes and SnapView. Some of the features were discussed in our review of the ZenFone 2.

As ZenUI was unveiled in 2014, the interface looks a tad dated compared to the recent revamps we've  seen from the competition. It is also awkward to see the ZenUI still based on Android 5.0 Lollipop when Android 6.0 Marshmallow has been around for about 6 months. In a forum post, ASUS confirmed that the ZenFone Zoom is among one of the several devices to be updated to Android 6.0 in Q2 2016.

While ASUS is a bit slow in updating its mobile devices to the latest Android version, it is the exact opposite when it comes to issuing Android security patches. Android security patch is one of the various measures taken by Google to improve Android security and we found that the ZenFone Zoom is running on the latest patch dated 1st April 2016. Considering how a study revealed 87% of all Android devices are still vulnerable to malware, this is a commendable effort by ASUS to at least protect its users.

Write a Review
Compare This | Specifications
Dedicated camera buttons
Memory card slot
Good battery life
Handling can be tricky
Average image quality
Bulky
Our articles may contain affiliate links. If you buy through these links, we may earn a small commission.
Sponsored Links