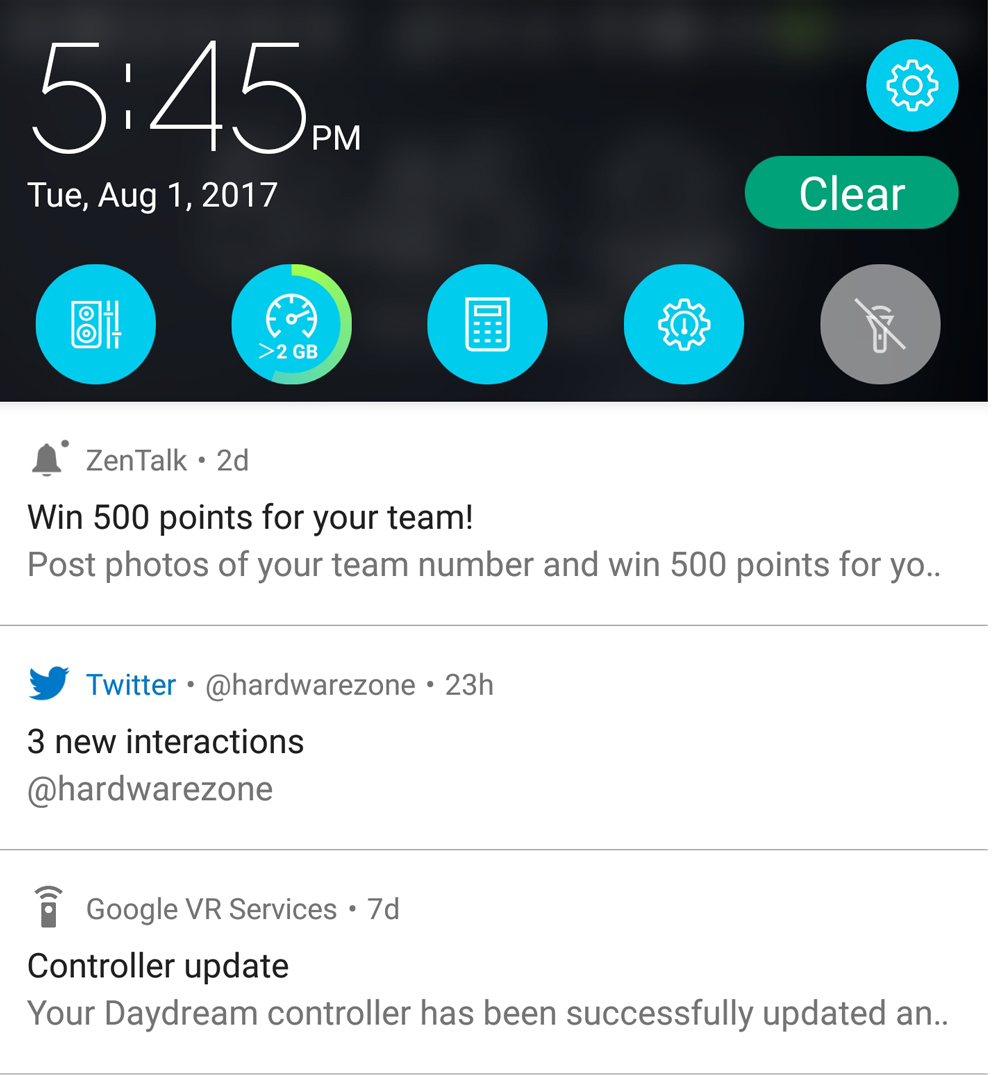 The ASUS ZenFone AR uses Android 7.0 OS (Nougat) with its very own skin, ZenUI 3.0. ASUS did away with the juvenile gradient outlook of its earlier skins by opting for single-hue palettes instead. Their notifications dropdown and settings have also turned a new leaf with a cleaner look, although it uses a garish shade of cyan on white background by default, making it difficult to work with under bright sunlight. 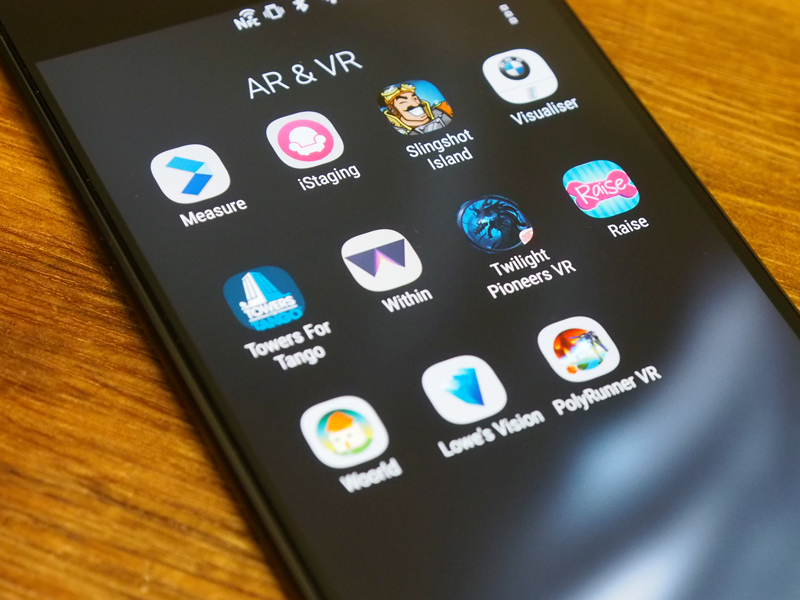 We’ve actually covered the finer details of Tango back when it was known as Project Tango (and when it first debuted on the Lenovo Phab 2 Pro here). However, the project itself is a massive undertaking, so we’ll take the opportunity to check out its current iteration – on top of trying the ZenFone AR’s augmented reality capabilities.

In a nutshell, the "Tango" term refers to the entire ecosystem that makes augmented reality apps functional on a smartphone. It requires a combination of sensors and Google’s software, and it allows a smartphone to understand human concepts like three-dimensional physical space, relative distance, and depth-perception, all via its motion-tracking features. Once the ZenFone AR understands "computer vision", the phone can generate assets to enhance user experience. In the case of a smartphone, such assets are limited to your phone’s display. Ideally, combining augmented reality with the convenience of a phone means getting useful help and information at your fingertips.

To utilize Tango, the ZenFone AR uses ASUS’ TriCam camera system. As the name implies, it combines the effort of three different components to give Tango the data it needs. The standard 23-megapixel rear camera acts as Tango’s eyes, while the motion-tracking sensor repositions the phone relative to its surroundings. Finally, the depth-sensing sensor offers an accurate measurement between real-world objects in front of the ZenFone AR.

We have a short video showcasing various AR-type apps on the ZenFone AR (above). There’s no doubt that ASUS’s hardware is sufficient for Tango, since the TriCam camera system allows it to measure distance rather accurately, and the Qualcomm Snapdragon 821 processor is sufficient at rendering assets in a timely manner, provided that you don’t use AR for an extended period of time.

By far, the most useful feature that also demonstrated Tango’s capabilities was Measure (a Google made app), and it was limited to the phone camera’s depth-sensing capabilities. To calculate distance, it fires infrared beams at real-world objects, and it waits for the beam to bounce back. That makes it hard to measure large distances or open spaces since the infrared beam would not be able to travel back to the phone.

At this stage, AR-related ideas have been quite sensible in general – you only need to look towards the camera-based apps like Google Translate, or Samsung’s Bixby Vision, and its rival alternative Google Goggles. Other AR implementations have been covered via the Lenovo phone as well, but we felt that it was limited in practicality. You can also see a list of compatible Project Tango apps here.

The pre-installed AR apps don’t exploit the precision offered by Google Tango, and neither do they add value like the examples provided above. It’s a mixed bag of half-baked content, bloatware, and blatant advertising. For instance, the Raise pet AR app is an incomplete game with broken links to absent assets, and the visualization apps are nothing short of advertisements for their respective brands – be it furniture or car. You can scale some of the graphical assets to fit into any space, which defeats the purpose of Tango being accurate to the centimeter. While we may seem critical of ASUS’s choice in tie-ups, the biggest responsibility lies with Google, since the growth of AR is largely dependent on their support and their blessings (if you want your app to make it to the app store).

While ASUS offers a functional AR-capable smartphone, the current slew of compatible apps leaves plenty to be desired. AR technology is limited to its implementation, and it is not much more practical than where the Lenovo Phab 2 Pro left it at, even if it’s better in technique. 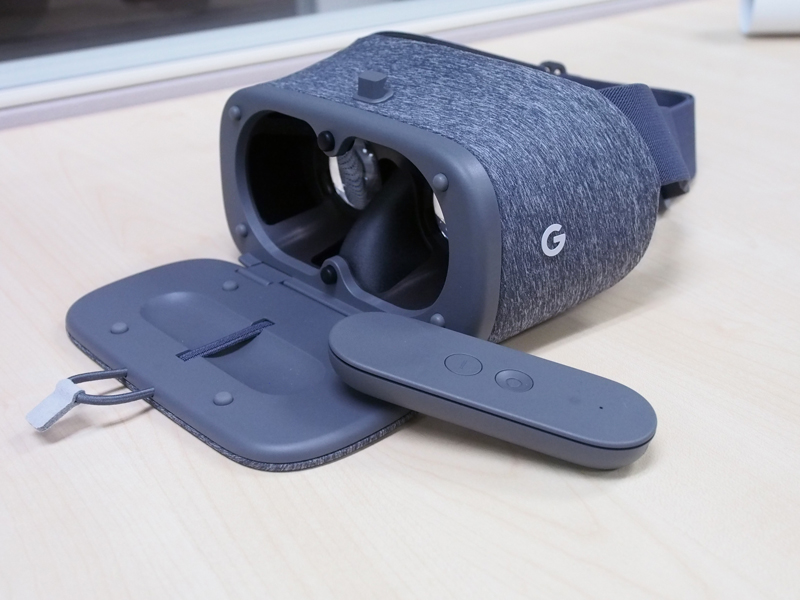 Daydream is Google’s VR branding term and platform. While smartphone VR isn’t a new concept, Google’s implementation would make it possible for capable Android smartphones to run VR apps, which are made available on Google Play.

Like Tango, Daydream’s practicality is limited to the apps that are available in the store, but it was nowhere as desolate as AR (given that it had more time to grow). Both pre-installed apps and random VR apps we tried felt fluid, easy to understand, albeit simple in concept.

The Daydream View headset and controller are quite intuitive for most Google VR apps because of the view-centering feature that also re-calibrates your controller with ease. Games work best with the VR ecosystem, and it’s the only genre that works well at the moment. The ZenFone AR itself is powerful enough to run VR smoothly, and we’d recommend that you keep VR operation strictly to short bursts if you care for the phone (it gets really hot after extended use).

Between LG’s, Samsung’s, and now ASUS’s VR implementation, the Samsung Gear VR headset and its accompanying phone still feels the best, but none of them can hold a candle to the dedicated-hardware Oculus Rift headset when it comes to handling more rapid head movement.