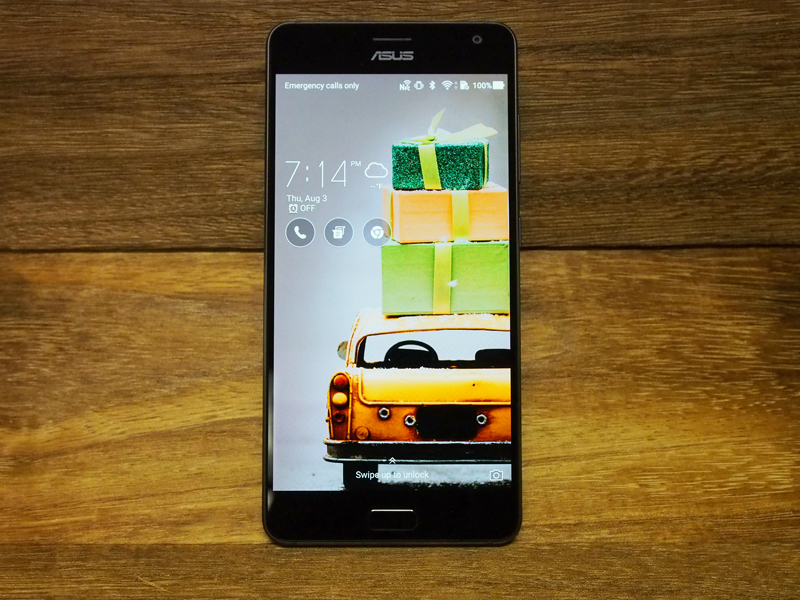 Barely two months after the ZenFone Zoom S comes ASUS’s latest experiment – the ZenFone AR (ZS571KL). This is the world’s second smartphone that supports Google Tango’s augmented reality engine (the first being Lenovo Phab 2 Pro). However, the ZenFone AR is one of the first to support both Tango, and Google’s virtual reality platform, Daydream VR.

Besides these novel features, the ZenFone AR also doubles as ASUS’s current flagship offering – it packs a Qualcomm Snapdragon 821 SoC along with a whopping 8GB RAM.  While it may sound a bit dated in today's sea of Snapdragon 835 equipped flagship phones, when the ZenFone AR first appeared in January this year, it seemed possible that it could trump all other phones. 8 months has passed and much has changed in the playing field. According to ASUS, the phone's equipped configuration is sufficient for powering VR and AR apps. However, ASUS Singapore prefers to see the ZenFone AR as an enthusiast phone with a niche appeal, and it’s shouldn’t be considered as their current flagship device (even though in reality, it is).

The last time we tried Google Tango’s AR capabilities on the Lenovo Phab 2 Pro, it left us wanting. To that end, this review will attempt to learn if the AR capabilities are more practical with the ZenFone AR, or if the performance will justify its price tag. Also, the ZenFone AR is a chance for ASUS to rectify the lackluster impressions left behind by the ZenFone 3 Deluxe. So, let’s find out! 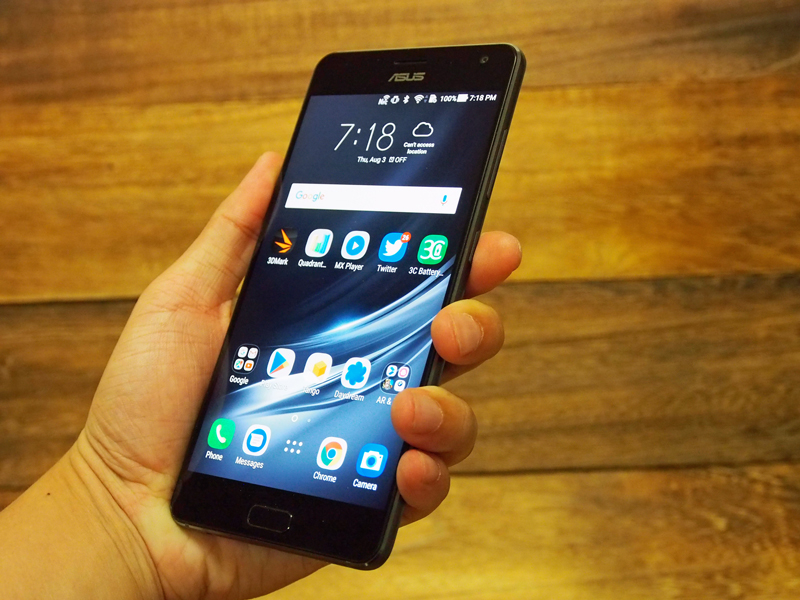 From the front, there’s nothing peculiar about the ZenFone AR. If you’re used to mid-range smartphones, the ZenFone AR’s choice of bezels, glass display, and button placements should come as no surprise. The fingerprint sensor doubles as a physical Home button that can be pressed. The power/lock button and volume rockers feature a machined, concentric pattern. Pretty standard stuff and as expected of a ZenFone product. 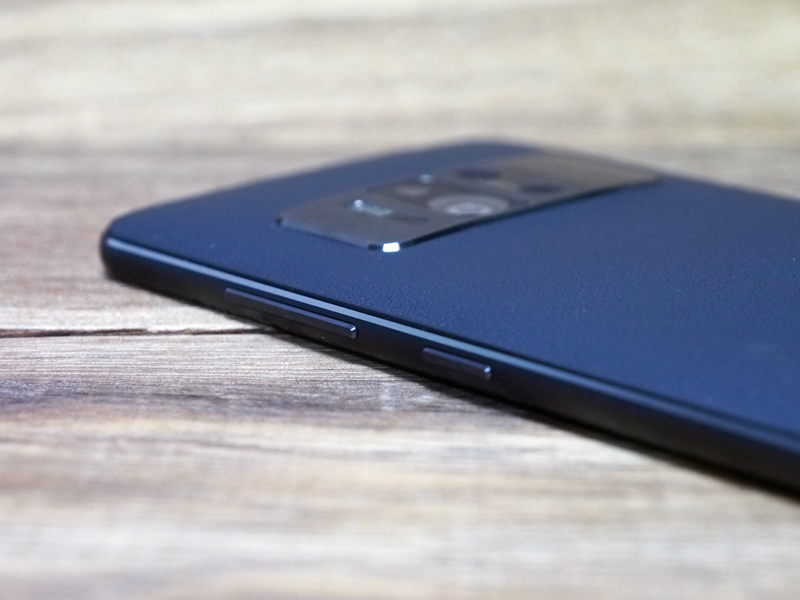 The side of the ZenFone AR measures up to 9mm in thickness, and its slimmest point is around 4.6mm. By our own measurement, the phone’s thickness is approximately 6 to 7mm at the point below the power button (the very center of the entire length). Here, you can see that it has an aluminum alloy frame, and it features a sandblasted finish with chamfered edges. 6mm phones are certainly on the slimmer side of things, with most flagship devices typically ranging between 7 to 9mm. To add, the ZenFone AR does so while keeping the 3.5mm headphone jack intact. 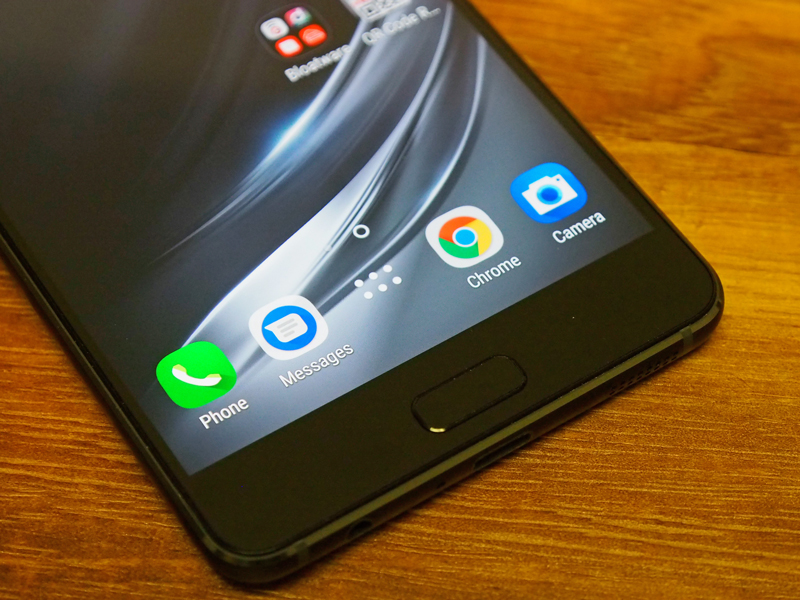 The main downsides to its handling is how the slim profile doesn’t stop the phone from being too broad for a comfortable grip, and that the lock button isn’t tactile enough for a phone user to confidently enable or lock the device without visual confirmation. The Home button had the opposite problem, where the tactile feedback hinted that it’s a very thin plastic that could give way if we were to press it frequently (not a good sign for Home buttons). 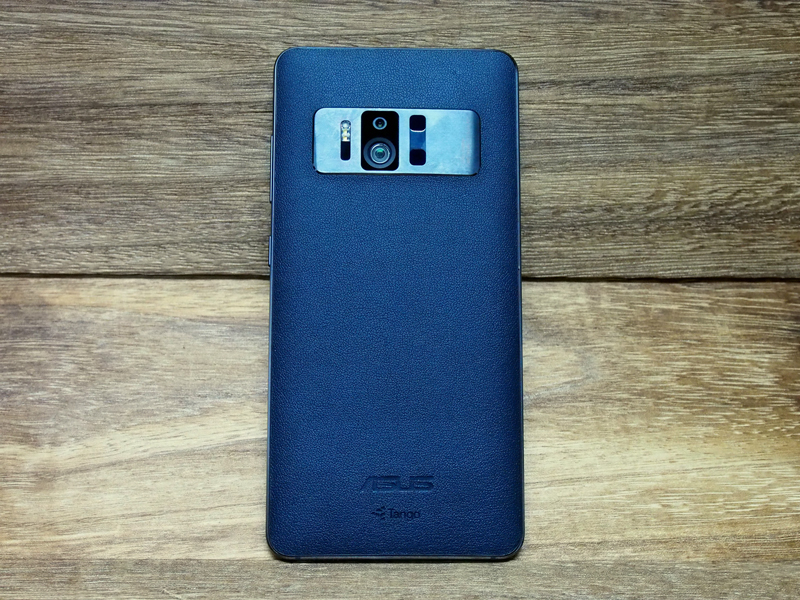 Aesthetically, the ZenFone AR’s rear doesn’t do the phone justice. We didn’t mind the outdated burnished faux leather look (fashion is cyclical, after all) but the average consumer deserves better than a plastic imitation when they are paying for a phone to the tune of S$1,198. A polished glass rear or an aluminum back (as seen on lower-priced phones like Xiaomi Mi 6, HTC U11, Oppo R11) would likely be more attractive, and definitely less patronizing to both fans and converts.

What's worse is that the camera system housing ruins the 'leather' appearance further by tacking on a raised metal plate on a prominent part of the device, which is more distracting than plastering a tacky brand logo across the phone’s rear.  While our photos above don't really convey the unappealing rear back design, you would likely agree with us once you've tried handling it at the storefront.

Ugly appearance aside, the plastic-based burnished leather look makes the rear durable against scratches, and it does hide the antenna lines by simply obscuring them. 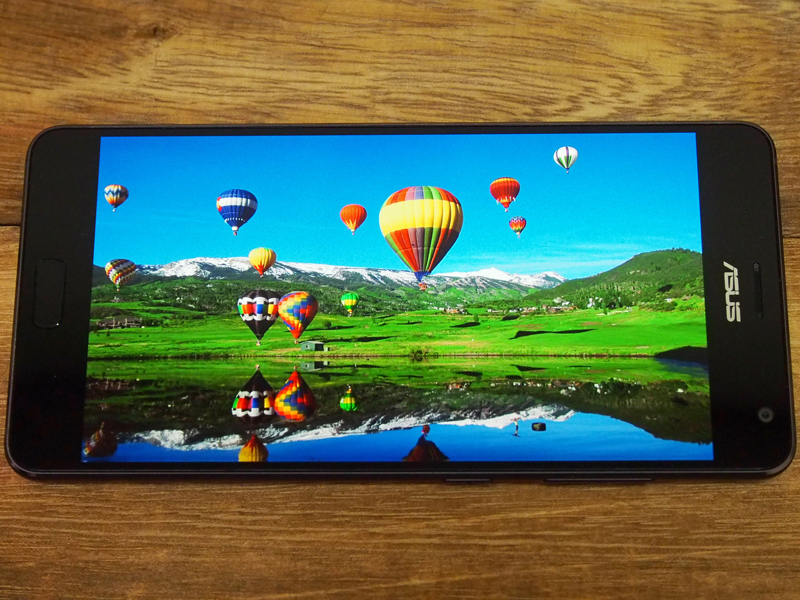 The display is a 5.7-inch, Quad HD (2,560 x 1,440 pixels resolution) Super AMOLED display with a 79% screen-to-body ratio. It’s made of Gorilla Glass 4. ASUS noted that it has a 1ms response time and 2ms persistence (a metric for motion blur reduction that affects VR experiences).

The Super AMOLED display has the common properties and expectations of AMOLED screens where it leans towards a warmer color temperature, and that's most visible in the whites of our test image (the snow-capped mountains). This characteristic lends its vibrant appearance, which may be a preferred experience for some users. It doesn't have the same type of content upscaling technology found in the Sony Xperia XZ Premium, so our Full HD (1080p) test image does not render as sharply as it did on the Sony 4K HDR phone.

On another screen related note, we found the ASUS Smart Brightness toggle found inside the Gallery app is buggy. Technically, it’s supposed to brighten any picture or video content viewed through the Gallery app. In our experience, it actually dims the display when you are already operating at maximum brightness (from our understanding, if the screen cannot be brighter, it shouldn’t adjust any further and most certainly not make it less bright than it already is). Take note that this is not related to the phone’s brightness settings, which is located in the traditional Settings app. 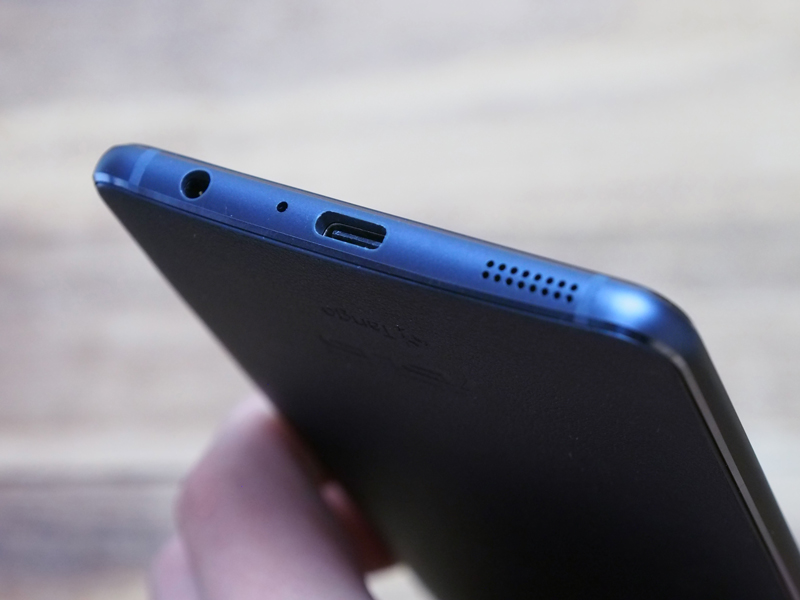 Its external speakers are serviceable, and it uses the same “5-magnet NXP Amp” profile found on recent ZenFone models. Like the ZenFone Zoom S, the phone did not sacrifice the 3.5mm audio port, and it has been certified for Hi-Res Audio, making it compatible with fellow Hi-Res Audio headphones.