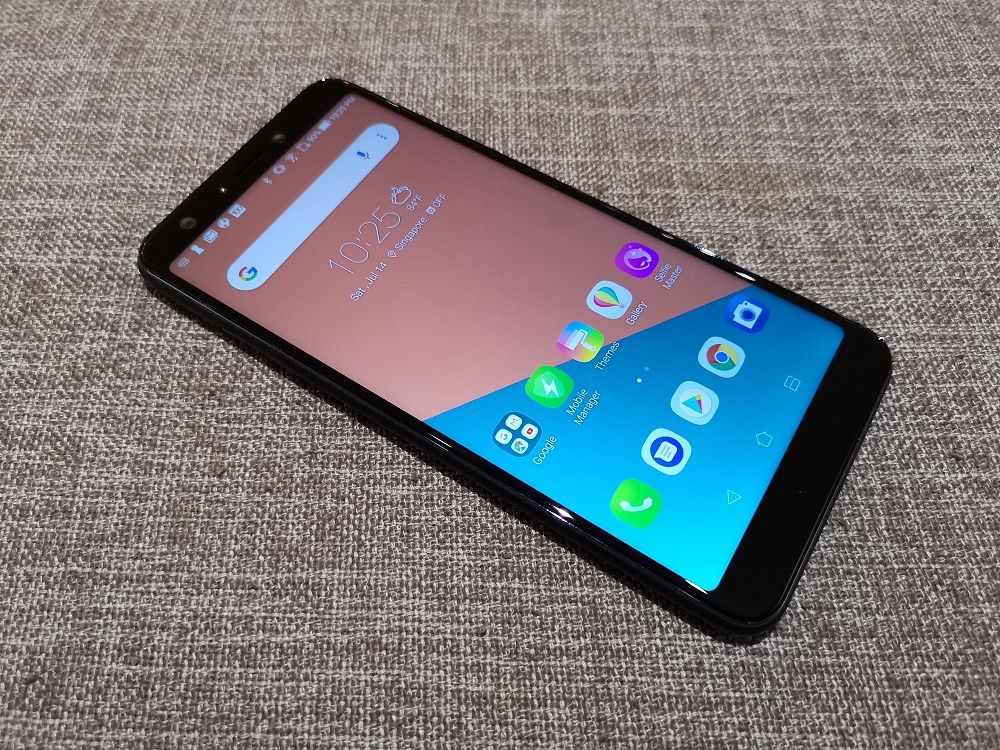 The planet has been virtually overrun by phones with notched displays. Virtually all manufacturers have succumbed to the onslaught. Legions of phone designers now operate in classified maximum-security facilities, with armed guards keeping watch, making sure they don’t design any smartphone without a notch. Those who refuse are hauled off to re-education camps where the virtues of face-recognition unlock are drilled into them. Huge crowds, from Mexico to Mozambique, are wringing their hands in the streets. Meanwhile, on the Internet, clandestine Telegrams are flooding the accounts of mobile phone shops: “do u hav phone with no notch if I dont want samsung what do u hav thx.”

In a dark alley somewhere in Beitou, Taipei, a phone dealer opens his jacket and hands you a wrapped package marked “ASUS ZenFone 5Q”. Back at your hotel, you sweep your room for surveillance devices, before tearing the paper apart with shaky hands. You were promised another worthy addition to the notch resistance, but will this turn out to be just another short-lived freedom fighter? Well, it’s time for a briefing from HWZ HQ.

If there’s anyone fighting the good fight in the smartphone market, we’re pretty sure it’s ASUS. Wasting no time in shoring up its strong showing with the ZenFone 5 (which itself was launched only 6 months after the ZenFone 4), the Taiwanese giant now lobs into Singapore its latest salvo in the battle for midrange glory.

If you recall, we really liked the feel and build quality of the ZenFone 5, but weren’t so hot about its average performance, features billed as “AI” that were anything but, and perhaps most of all: its almost near-perfect homage to That Other Notched Phone X.

The first thing that strikes you about the ZenFone 5Q is that it has clearly inherited some good genes. It’s a premium-looking sandwich of glass and metal that doesn’t give off any pretentious vibes. This is due in part to the weight: in my opinion, the ZenFone 5 was a little too light at 155g. The 5Q adds only 13g, but what a difference this makes - it feels perfectly weighted. 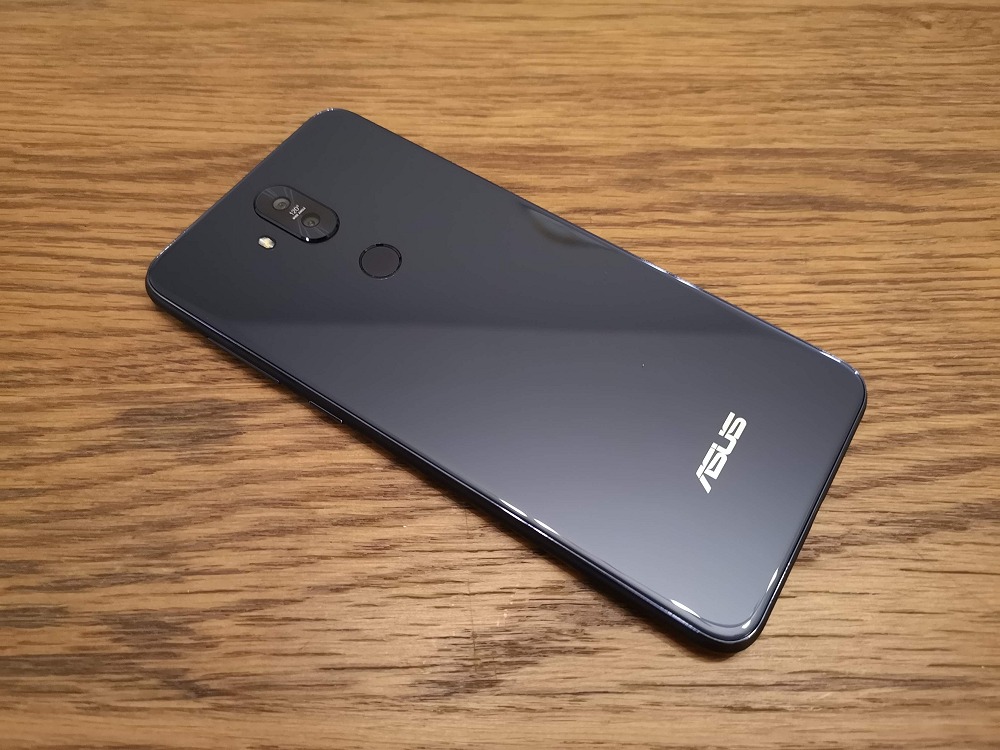 The ZenFone 5Q is thankfully as much of an “anti-X” round the back as its sibling is pretty much an iPhone X clone: the camera is placed centrally, in line with the fingerprint sensor (which the iPhone X doesn’t possess.)

The camera hump, which is thankfully not too prominent, sports two lenses, one of which is a wide angle 120-degree lens: 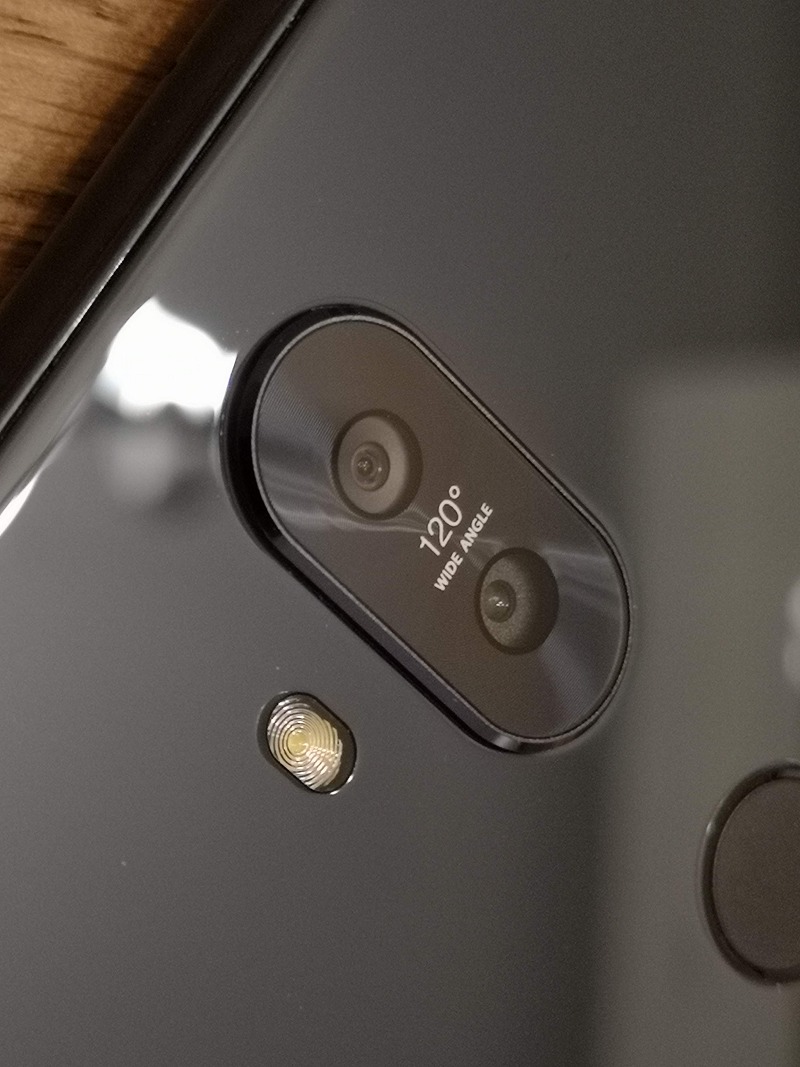 There’s a headphone jack up top, and you can see the diamond-cut edges of that aluminum frame:- 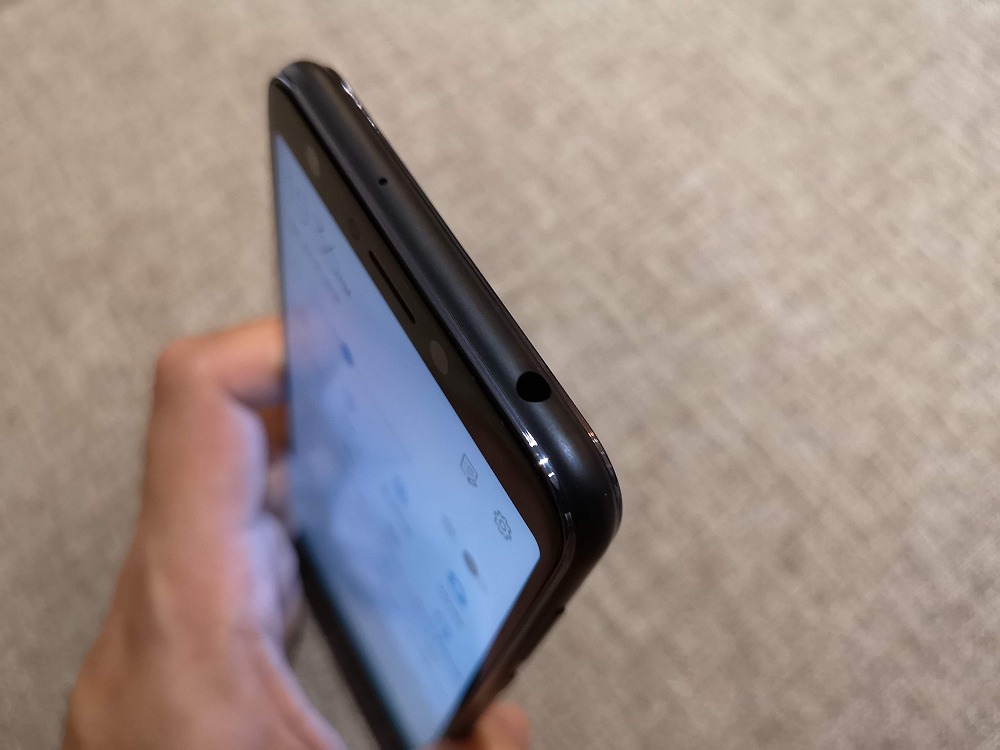 But it is on the bottom edge where this phone takes its first huge hits. First: no, those are not stereo speakers. In fact, they sound pretty ho-hum, being all about the mid-tones, with next to no bass. And second: why is yet another phone using a micro-USB port in 2018? 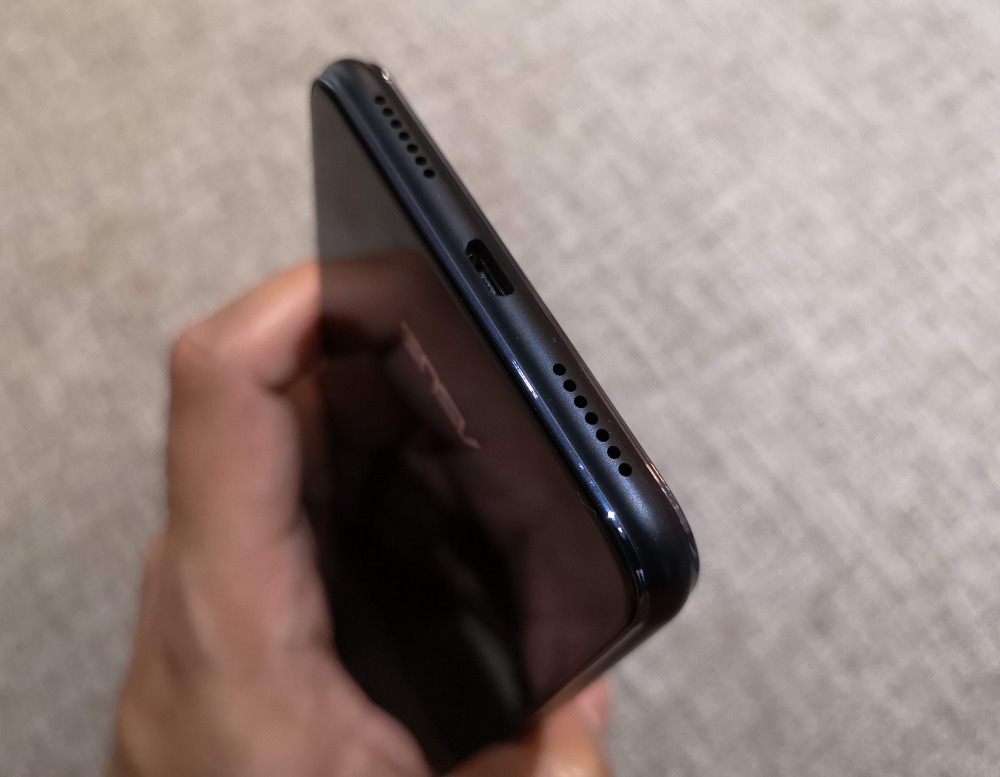 The news is not all good on the front, either. The specs say the 6-inch panel is an IPS type, but compared to the ZenFone 5, it’s nowhere near as sunlight-legible… 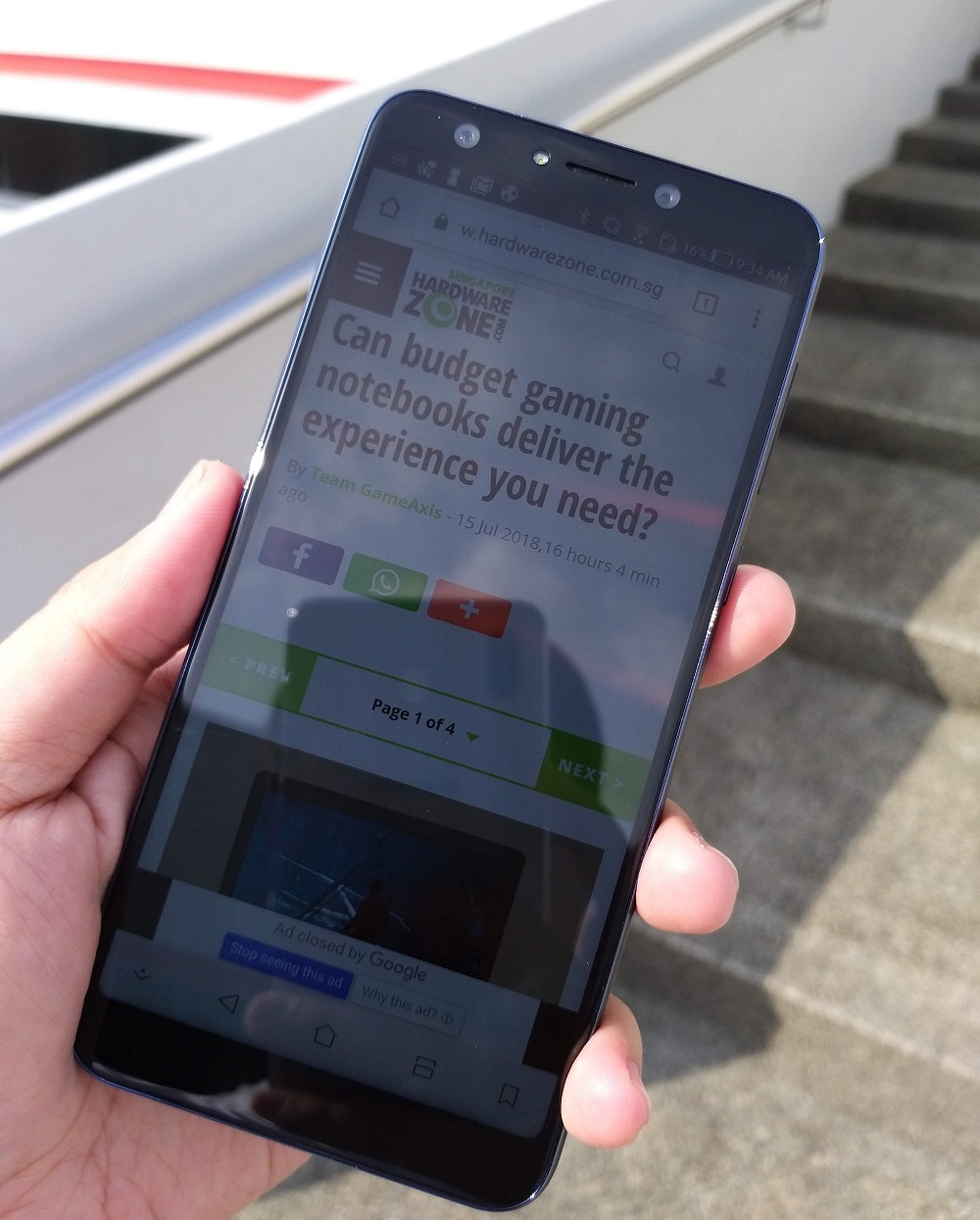 Not to mention, it doesn’t deliver the same surprisingly impressive black levels as ZenFone 5's notched display did. The colors are disappointingly muted, and tend towards cool:- 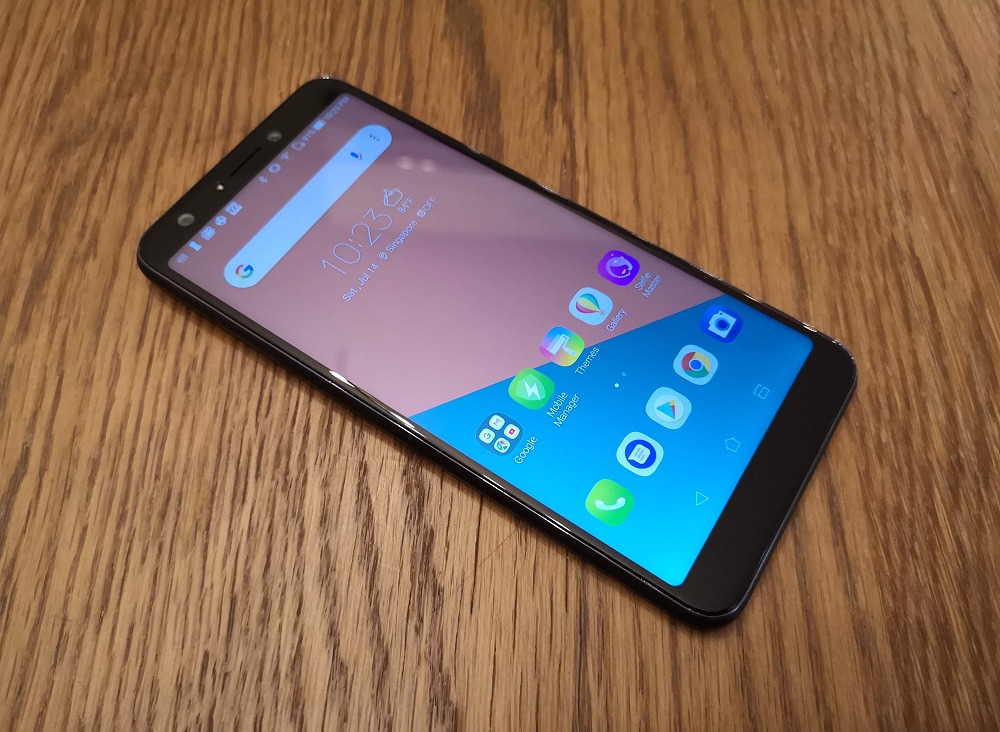 One trend we wholeheartedly support is Taiwanese and Chinese phone makers bundling TPU cases with their phones. It feels great to be able to use your brand-new toy immediately after you’ve paid for it without worrying about bumps and drops. Take a bow, folks!