ASUS ZenFone 5 - Going Beyond the PadFone

The ZenFone 5 is powered by an Intel Atom Z2560 dual-core 1.6GHz processor with HyperThreading technology, which allows it to process two threads in one cycle (as long as actual hardware resources such as suitable registers within the processor are available at any one point of time). To find out more about HyperThreading, we've summarized it in this article.

It's worth stressing again that unlike the majority of the smartphones in the market, the ZenFone 5 does not run on ARM processors. There are only a few mobile devices that are powered by Intel processors, and the more prominent ones are the Acer Liquid C1, ASUS Fonepad Note 6, and Fonepad. Since both camps have touted their superiority in performance, it will be interesting to see how the x86-based Intel Atom processor fares against the ARM processors in phones going for the same market.

We will be comparing the ZenFone 5 against the Motorola Moto G, Oppo Find 5 Mini, and Xiaomi Redmi.

Quadrant evaluates a device's CPU, memory, I/O and 3D graphics performances. The ZenFone 5 tops the Quadrant benchmark with a score of 9,086 which shows a 63% better performance over the Xiaomi Redmi. The Moto G, with its stock Android interface, surprisingly could not keep up with the ZenFone 5.

SunSpider JavaScript helps measure the browsing performance of a device when processing JavaScript. It not only takes into consideration the underlying hardware performance, but also assesses how optimized a particular platform is at delivering a high-speed web browsing experience. The ZenFone 5 ranked second in this benchmark behind the Redmi.

For comparison's sake, the Intel Atom Z2580 dual-core 2.0GHz processor in the Fonepad Note 6 had a middling score of 6,695 in the Quadrant benchmark, and a better score of 944.7 in the SunSpider JavaScript 1.0.2.

Number crunchings aside, the ZenFone 5 generally delivered a smooth user experience for basic functions such as texting and web browsing. However, we encountered stutters and abnormally long freezes on several occasions. For example, opening the Gallery app or sharing a screenshot with a contact via WhatsApp could take up to two seconds.

It's hard to narrow the cause of the slowdown, but the likely culprit could be a combination of hardware and software optimization issues. Although Intel stated in 2011 and 2012 that it was working with Google to optimize its x86 architecture for Android OS, adoption of its processors in mobile devices did not really take off until now. Intel unveiled two 64-bit Atom processors at Mobile World Congress 2014 that could propel its presence in the smartphone market, and demonstrated its integrated mobile SoC at IDF 2014 last month.

Moreover, the ZenUI is ASUS's first attempt at developing a new interface for its mobile devices. If you recall the early days of HTC Sense and Samsung TouchWiz, their performances weren't satisfactory either. It took both companies many years to refine their customized interfaces to where they are today. As with first generation hardware and software, we believe ASUS will continue to improve and iron out the performance issues of the ZenUI.

One of the key features of the ZenFone series (including the ZenFone 5) is the PixelMaster camera technology running under the hood. We've done a dedicated article on the PixelMaster camera technology, so remember to check that out. The ZenFone 5 comes with an 8-megapixel rear camera sensor with an aperture of f/2.0 and a five-element lens. Let's see how the 8-megapixel shooter performs in our standard imaging test below: 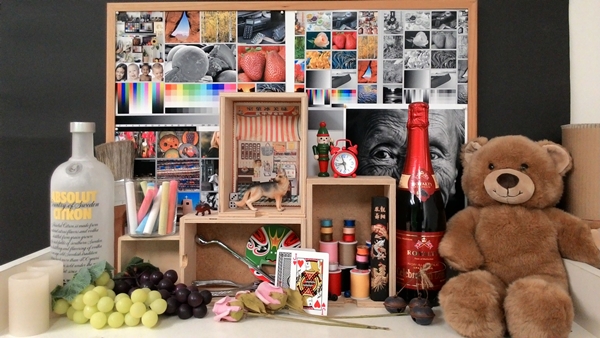 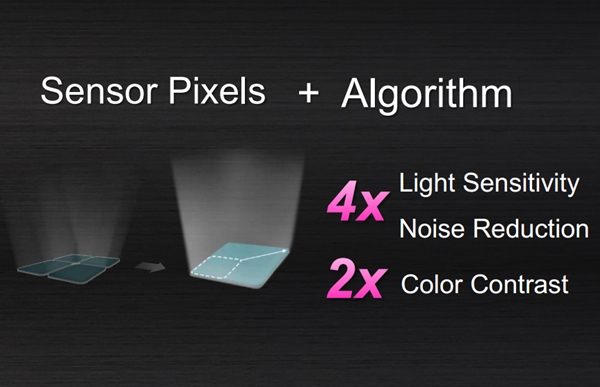 For the past two years, we've seen how phone makers shifted their focus to improving low-light photography on their mobile devices. Two notable brands, HTC and Nokia, have developed innovative camera technologies - UltraPixel and PureView - for their high-end smartphones. Starting with the ZenFone 5 and 6, ASUS also developed a unique shooting mode, the Low Light mode, in its suite of PixelMaster camera technology.

In a nutshell, ASUS' Low Light mode combines four adjacent pixels into one and image processing algorithms are applied to increase the light sensitivity by up to 400% and color contrast by up to 200%. In terms of hardware, the f/2.0 aperture will let in more light for the camera sensor which is essential in low-light photography. It is important to note that photos taken in this mode are at 2-megapixel resolution. 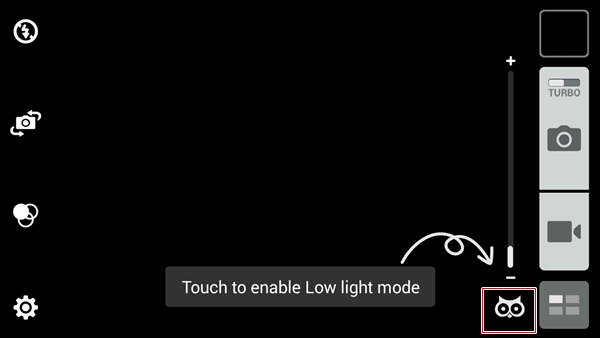 When set to Auto mode, we could barely see the outline of the butterfly model from the photos taken by the ZenFone 5, One (M8) and Galaxy S5. The Xperia Z2 performed the best as its Superior auto mode will take photos (and videos) with automatically optimized settings. In case you don't know, Superior Auto mode on Sony Xperia smartphones use pixel-binning to compensate for the lack of ambient light; and hence, lowers the image resolution to 8 megapixels.

The ZenFone 5 really shines when Low Light mode is enabled; the butterfly model could be seen clearly although upon zooming in, the image is not as sharp as the rest. This is expected since the photo resolution is downsized to 2 megapixels, while the other photos are taken at a higher resolution. Here's the detailed breakdown of the camera modes on the respective phones:

Below is a video showing the Low Light mode of the ZenFone 5 in action during the launch event in Indonesia last month:

Even though the ZenFone 5 has the biggest battery capacity among the four phones compared, it did not last the longest. In our video looping test, the ZenFone 5 lasted an hour short of the Moto G even though both phones have 720p displays. Its lower-than-expected battery mileage could be attributed to the slightly bigger display and the more power-hungry ZenUI, which have features like What's Next and Do It Later running in the background to keep things up-to-date.

We measure the portability of a device by calculating its battery life to (weight x volume) ratio. Since it is the only 5-inch phone in this comparison, the ZenFone 5 obviously has a bigger footprint than the other phones.

But benchmarking gives only one view to the above assessment. To give you a more realistic understanding on how the ZenFone 5 fared under real world usage conditions, we included screenshots of the usage and history graphs based on this reviewer's usage.

As seen from the graphs above, the ZenFone 5 could last close to 10 hours and 30 minutes before the battery hit 10%. Screen-on time is about 2 hours and 36 minutes. Some notes:

Do note that battery mileage varies depending on your usage patterns. Web browsing and constant messaging on WhatsApp seemed to drain the battery faster. We also noticed that the left section near the camera and ASUS branding tends to get warm quickly during intensive use. Having said that, the ZenFone 5 could hardly make it through a day at work and we recommend that you carry a portable charger or power bank as backup in case the phone runs out of battery juice while you are out.

In the ZenFone 5, ASUS has shown that low cost devices do not necessarily have to compromise on certain important aspects, such as design, build quality, handling, and imaging performance.

The ZenFone 5 is easily the most well-designed smartphone in its class with an excellent in-hand feel thanks to the slightly tapered back and matte texture. In fact, we dare say that the ZenFone 5 looks and feels better than some of the more expensive smartphones.

Its imaging performance, especially under low light conditions, is commendable as it's rare to see such imaging capabilities in a smartphone that costs below S$300. If you are not a stickler for having the best low-light shots, we think that you should be satisfied and pleased with what the ZenFone 5 has to offer.

It is a shame that the great hardware and design are let down by its software performance. The occasional sluggish performance is perhaps the most aggravating issue that ASUS has to address at the moment. The ZenUI isn't bad by any means, but it certainly needs more optimizations. Power management is another key area that has room for improvement.

Retailing at S$249, the ZenFone 5 strikes a nice middle ground between the S$169 Xiaomi Redmi and S$318 Motorola Moto G. If a pure Android interface of the Moto G bores you and the endless customization options in the Redmi scares you, the ZenFone 5 may just be the phone for you.