ASUS ZenFone 3 review: The sexy mid-range phone to get The path to ZenFone 3

The ASUS mobile division spent a good part of 2015 releasing many variants of the ZenFone 2. While this line-up spawned various commendable alternatives, like the highly-popular ZenFone 2 (4GB RAM variant), the ZenFone Selfie, and the battery performance champ with ZenFone Max, the loyal ASUS fans and Android OS enthusiasts are also interested in seeing the next generation of ZenFones that were launched at Computex 2016. Given the long run for the current ZenFone 2 series, this makes the ASUS ZenFone 3 a long-awaited successor to the series.

What makes the ZenFone 3 slightly more exciting is the use of a brand new Snapdragon 625 SoC. While it’s nowhere as beastly as the flagship Snapdragon 820 SoC, the Snapdragon 625 was made using the 14nm FinFET manufacturing process – the same process that created its flagship brethren. ASUS did not stop at having their new ZenFone 3 being one of the first adopters of the Snapdragon 625. They’ve sweetened the deal with features on their end, such as the ASUS TriTech autofocus technology for their rear camera, and a refined physical design.

Later in September, ASUS will also be releasing a high-end, premium ZenFone 3 Deluxe. This model has a completely different design, and sports a top-of-the-line Qualcomm Snapdragon 821 processor. It's also much more expensive at $1,188. Find out more details on this model and the full ZenFone 3 line-up in our report.

For this review, we'll be looking at the 5.5-inch ZenFone 3. 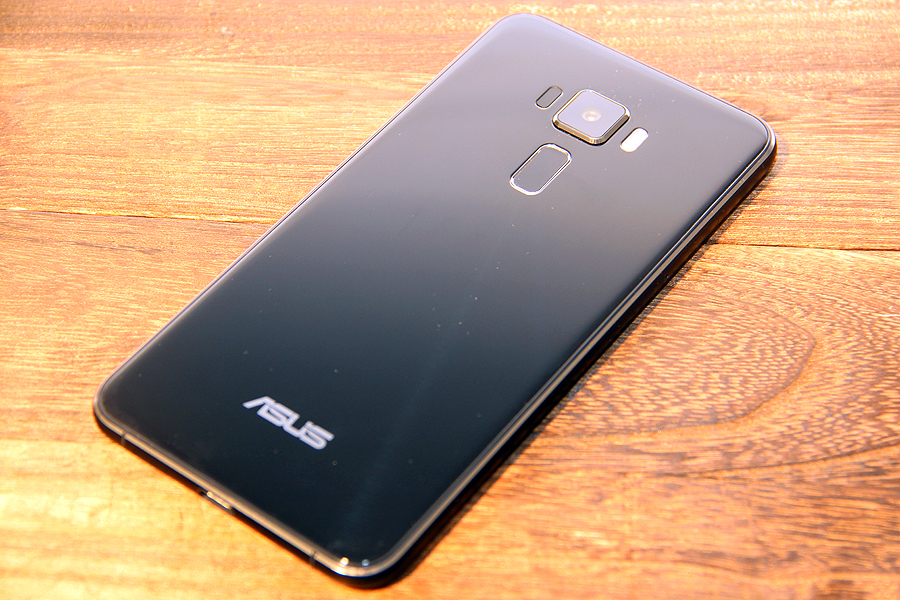 The ZenFone series highlights its signature "concentric circle" design, and the ZenFone 3 is no different. The circular design uses hairline spun concentric circles that emulate the appearance of a water droplet rippling on a pond. However, the current iteration is more subtle, since the phone is now encased in Gorilla Glass 3 panels on the front and back. To see the design, you'd need to hold the phone at an angle under the right lighting conditions. What stood out to us was the overall build quality and material choices found on the ZenFone 3. Its polished glass rear was a huge upgrade to the metallic-looking plastic cover it used before. The mildly chamfered edges are consistent with the buttons – they blend seamlessly into its aluminum chassis that's visible on the sides. 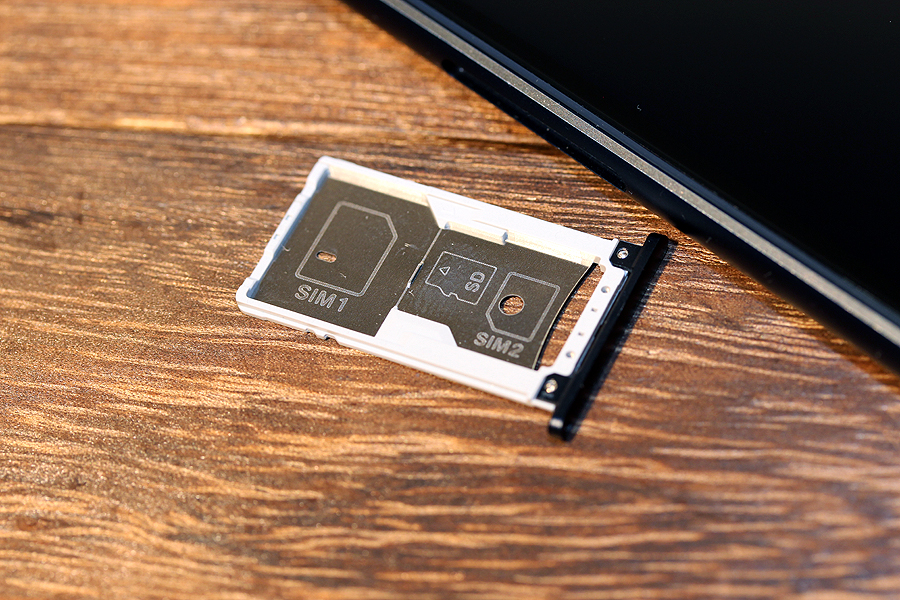 The 7.69mm thin phone feels much lighter than it looks, yet it feels hardy enough whenever we gripped it. The chamfered edges don't add much to its ergonomics, but the button and finger print sensor placement complement the phone well. We were able to rest our fingers naturally on the power key, and having the fingerprint sensor on the back meant it was easy to to start the phone up from a locked state. Yes, the ZenFone 3 has a fingerprint sensor and is the first from the ASUS stable! It felt like the new ZenFone 3 actually picked up the cool monolithic design language left behind by Sony, but ASUS's interpretation made the ZenFone 3 appear friendly and premium. If you were to judge the phone strictly by appearance and handling, it's easy to mistake it for something costlier than S$498. The ASUS ZenFone 3 uses a 5.5-inch, Full HD IPS display (1,920 x 1,080 pixels resolution). It boasts a display brightness of 600nits and a viewing angle of 178 degrees. The combination of an IPS display, wide viewing angle, and above average brightness levels led ASUS to claim that they make the ZenFone 3’s display readable from any direction. While the colors are not as vibrant as the ones seen on AMOLED displays, the ZenFone 3 is truly one of the brighter phones we've sampled as of late. The blacks on the test image are sufficiently deep, while similar colors that are adjacent to each other still manage to stand out separately. It might have a tinge of warm color temperature (evident from the white-colored snow in the background of the above display image), but it's not that obvious in day-to-day use. 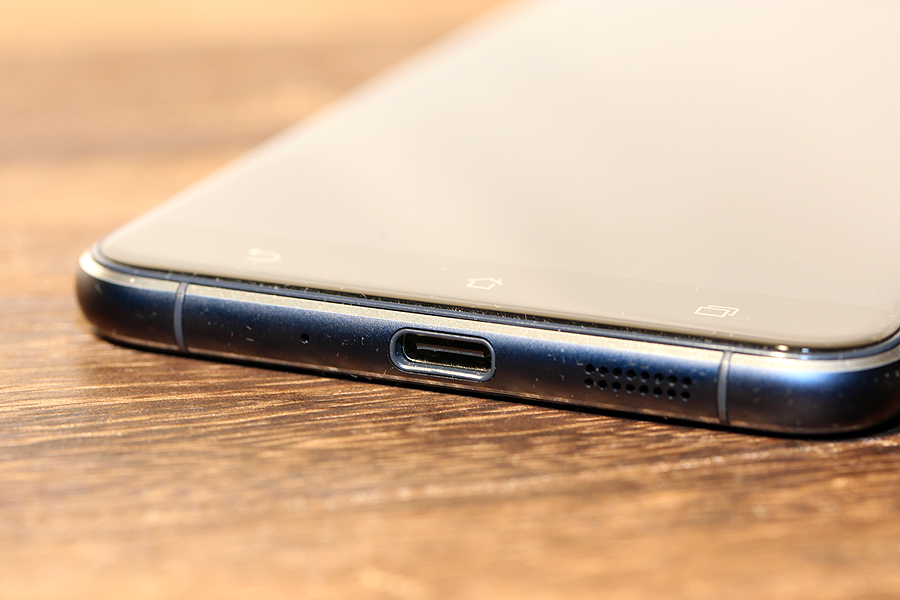 For audio, the ZenFone 3 uses a new "5-magnet NXP Amp" powered speaker for volume and frequency distinction. According to ASUS, the decision to use this five-magnet speaker (developed by ASUS’s specialist audio team) with the NXP speaker amp allows them to deliver loud volume with less distortion, while ensuring no damage to the speakers over time.

The ZenFone 3 supports Hi-Res Audio output, which is a nice feature for a S$500 phone. For the uninitiated, Hi-Res audio is a certified standard, and it means that the ZenFone 3 can play back audio files rated at 24-bit/96KHz or 24-bit/192KHz. To experience this audio feature, simply link the ZenFone 3 up with an external speaker or headphones that supports Hi-Res Audio. Audio quality itself was decent and functional – there was distinct separation of bass, treble, and mid-range frequencies on the phone's internal speaker. 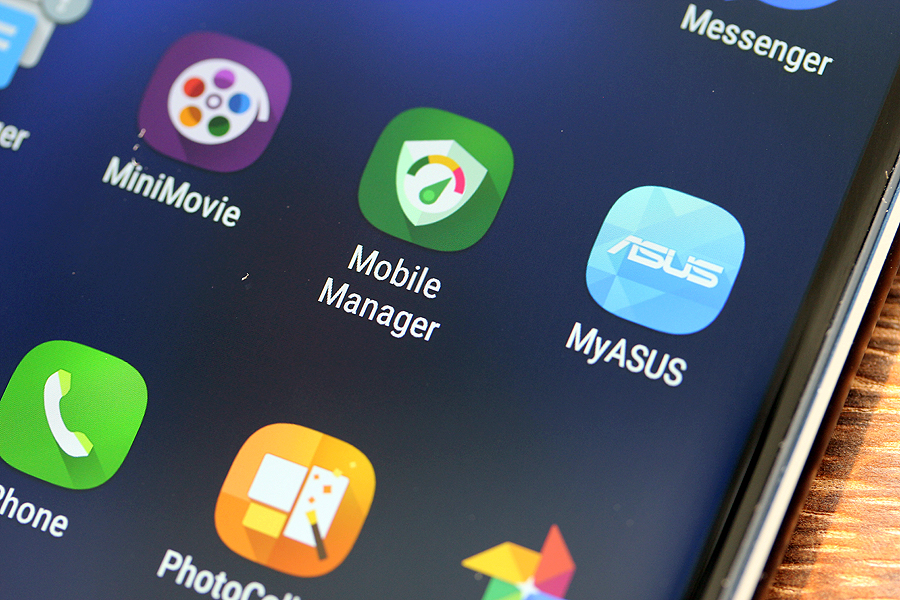 Most of the ZenUI 3.0's latest additions are superficial. You get weather animations for weather related notifications, and they implemented a bokeh effect to its app drawer. Nonetheless, it's worth noting that the current iteration of ZenUI on the ZenFone 3 feels quite clean and intuitive, even if it's not the most visually appealing UI for Android 6.0 OS (Marshmallow). However, the GameGenie provides a slightly different set of utilities. You can still boost your device via Speed Booster, but what GameGenie offers is the ability to look up game tips and guides with the search button. The Search ability opens up a browser with relevant links without leaving the game, making it really handy to have. You can connect your YouTube and Twitch accounts to GameGenie, which can be helpful when you are using Search to look for video guides on your game of choice.

Games on smartphones fall within a broad range of difficulties, ranging from the casual enslaving of Pokémon to knowledge-heavy strategy games, so GameGenie doesn't really help for every app. Plus, if you're not the sort who plays games on a phone, this option won't come up in your day-to-day use at all.

Write a Review
Compare This | Specifications
Stylish physical design
First phone to use a Snapdragon 625
Good value for performance
Long battery life
Minimal software upgrades
Our articles may contain affiliate links. If you buy through these links, we may earn a small commission.
Sponsored Links