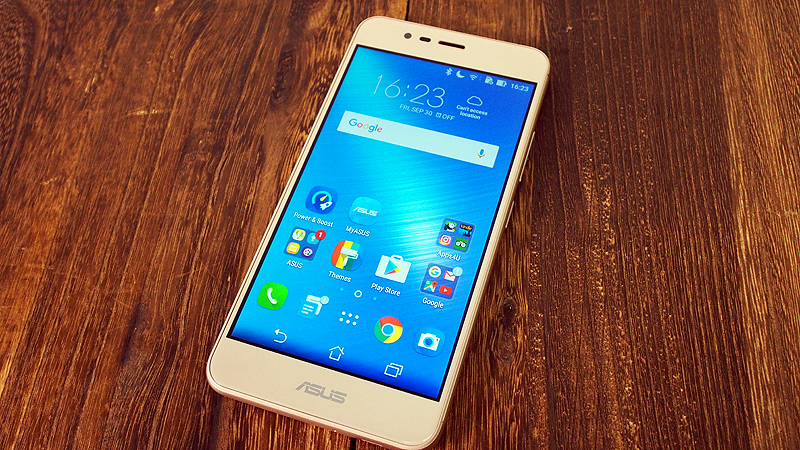 With the ZenFone 3 headlining the current batch of ASUS handsets, many other variants will follow shortly. One of them is the ASUS ZenFone 3 Max, where the Taiwanese company packs a massive 4,100mAh battery into the device as its key feature.

If that trick sounds familiar, it's because the ZenFone 3 Max was based off the old ZenFone Max, which managed impressive battery life performance in our review. This second iteration kept all the core battery features, and it’s now equipped with an entry-level MediaTek processor to power the phone. To make the phone even more attractive, the new Max uses the ZenFone 3’s design language, and it’s still affordably priced at the same price point S$248.

So, how does the ZenFone 3 Max fare as a battery juggernaut? Will it be as good as before, or will it be even better? That's what we intend to find out! 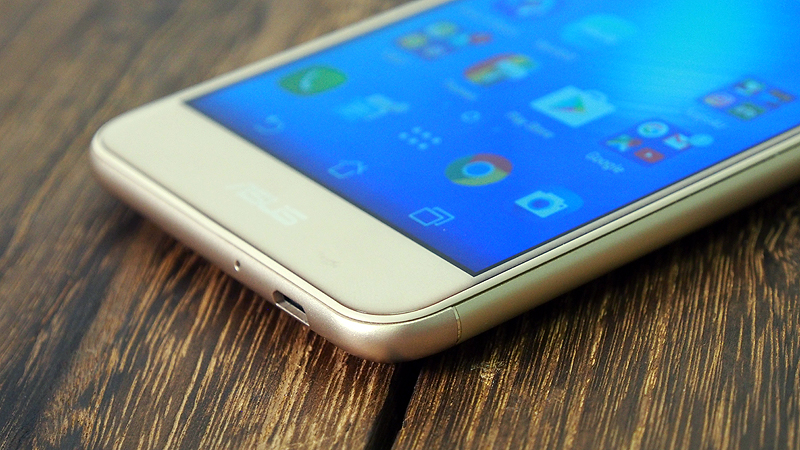 Since the ZenFone 3 Max follows the design language of the base ASUS ZenFone 3 model, this low-cost phone actually looks good and feels good despite its lower price point. ASUS said that the ZenFone 3 Max uses a sand-blasted aluminum alloy body, while the front shows off a 2.5D curved glass that ends off in diamond-cut edges. Instead of neglecting the antenna lines, the ZenFone 3 Max makes those lines highly polished, which accentuates the overall premium-looking finish of the smartphone. 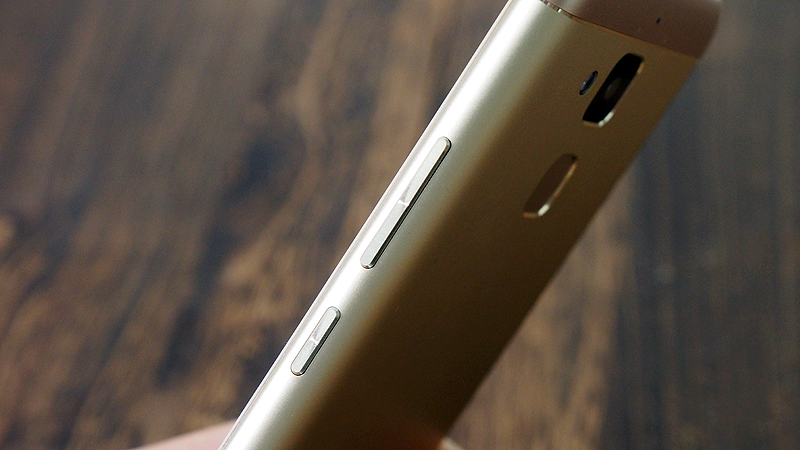 The phone’s rear camera lies nearly flush against its back – something that their star model, the ZenFone 3, couldn't achieve because of better optics and a slimmer profile. We certainly didn’t expect much from an S$248 phone, but the ZenFone 3 Max really shows other phones how to make your design appealing yet sensible, even at this price range. 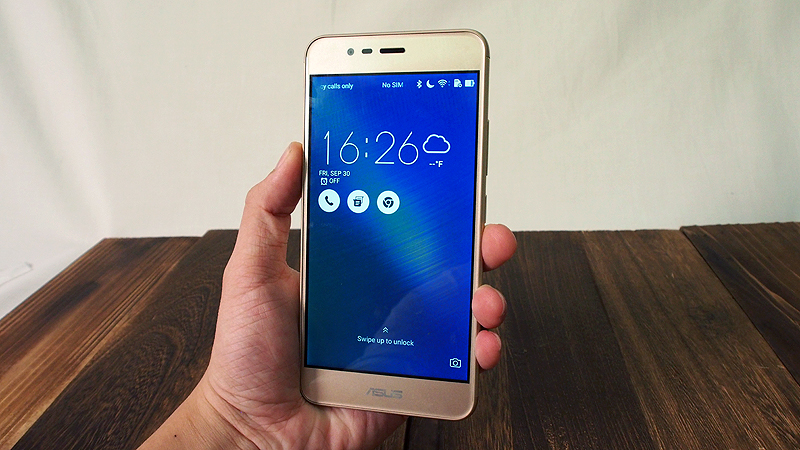 Aesthetics aside, the ASUS ZenFone 3 Max has the appeal of a graceful, lightweight phone despite its massive battery capacity. It’s 8.55mm thin, and it’s light to the touch (at 148g) despite it all. For reference, the preceding ZenFone Max weighed 202g, and it shed a whopping 54g at the cost of only 900mAh in this new iteration. The 5.2-inch body makes one-handed operation more manageable. Its girth and width make the phone feel secure when you grip it, and the important buttons are at convenient spots – your index finger rests on the rear fingerprint sensor, while the middle finger goes to the power/lock button when it’s in your left hand. Yes, your read right, this entry-level phone not only sports an aluminum build, but it also sports a fingerprint sensor - something that wasn't present in its predecessor. 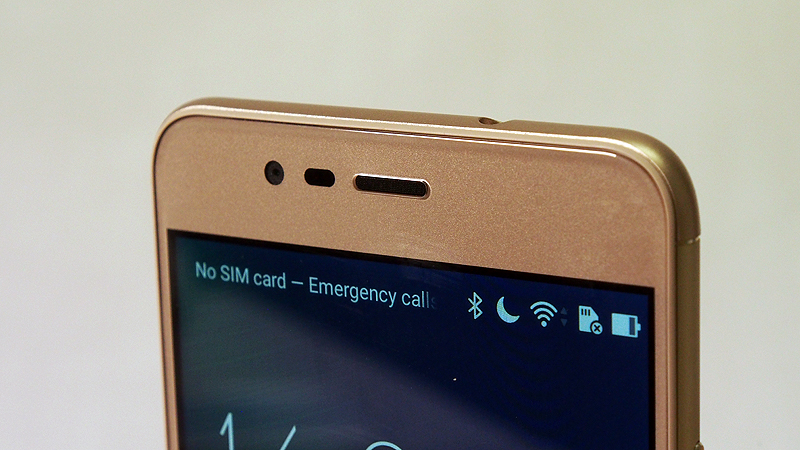 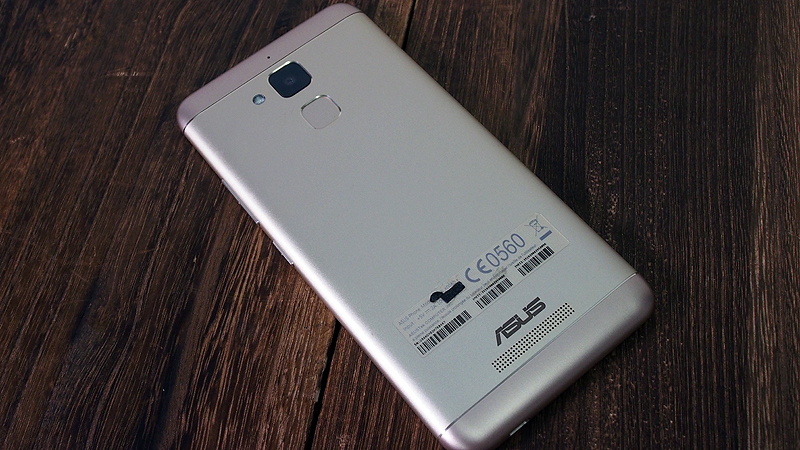 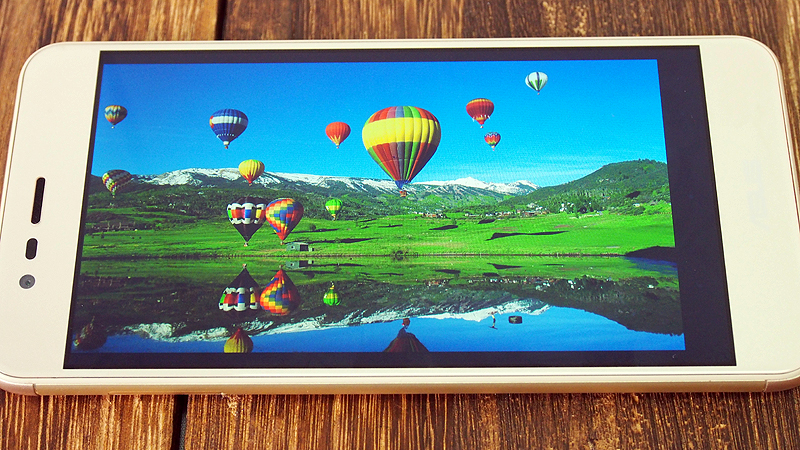 The ASUS ZenFone 3 Max uses a 5.2-inch HD (1,280 x 720 pixels resolution) IPS display. According to ASUS, it’s capable of 400cd/m2 brightness. Color reproduction and clarity on the display is excellent, even if it leans towards a warmer tone. Our peeve, however, is the amount of “unused” space that’s in between the bezel and the image – notice how the test image doesn’t quite maximize the phone’s display? The black borders are unevenly noticeable and it prevails all through using the phone - be it in the Home screen, snapped photos, or the app interfaces.

Audio on the ZenFone 3 Max is functional, but the maximum volume isn’t as loud as we’d like it to be. 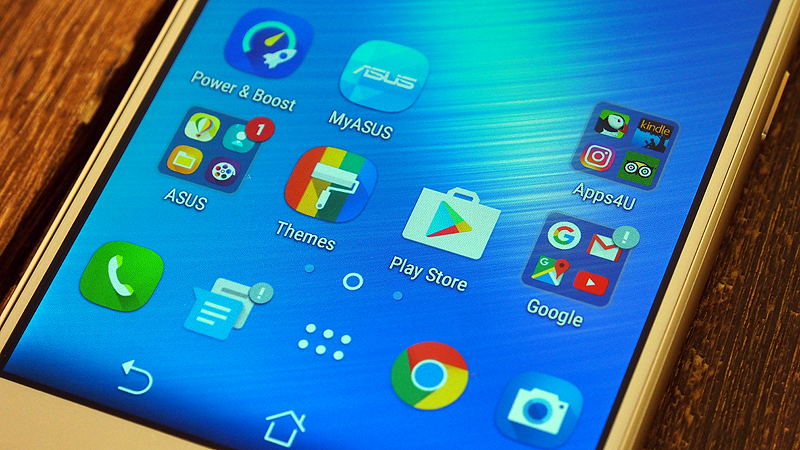 If you’re familiar with the ZenFone range, the proprietary ZenUI 3.0 that cloaks the Android 6.0 OS (Marshmallow) should be no stranger to ASUS smartphone fans. While a 5.2-inch screen may seem generous, the UI makes the phone feel cluttered. Out of the box, the ASUS ZenFone 3 Max packs two pages’ worth of apps inside the App Drawer. There’s an even split between proprietary apps and third-party apps. Uninstalling the third-party ones should free up some of your limited 16GB internal storage, which is already limited by the 6.32GB taken up by the OS itself. 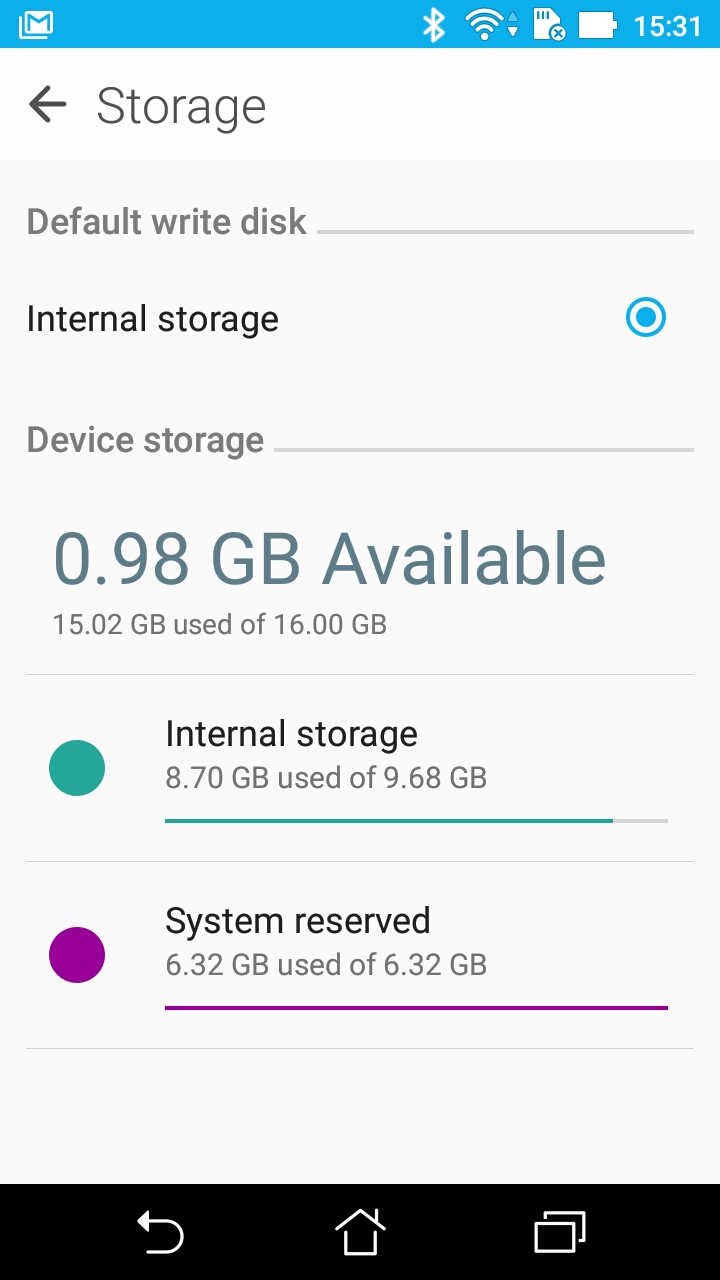 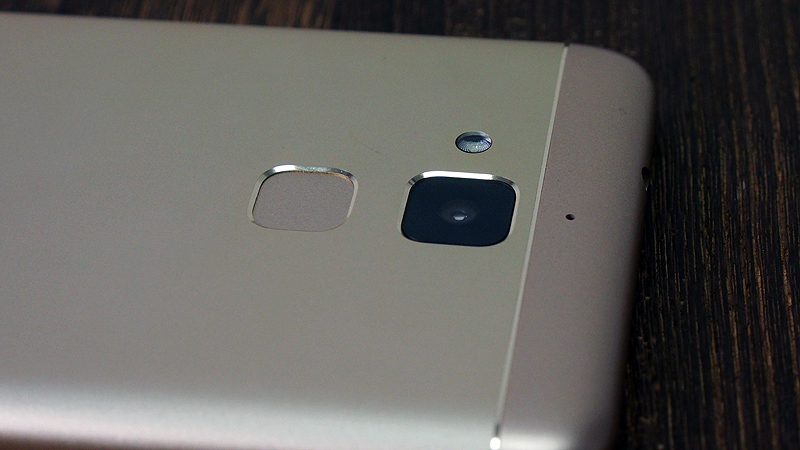 The inclusion of a fingerprint sensor makes it the second ASUS device in our office to have one – the honor of being first would be the ASUS ZenFone 3 (which is what the ZenFone 3 Max is based on). It’s responsive and fast, just like the ZenFone 3’s sensor.

Your typical smartphone hogs all the battery for itself, and rightfully so, since it requires every watt for maximum uptime. Not the ASUS ZenFone 3 Max – this smartphone supports USB OTG, and it allows the phone to charge other mobile devices when they are plugged in to the 4,100mAh handset. This feature was also available on the preceding ZenFone Max, so it made sense that ASUS brought it onto their renewed model too.

By default, the phone charges other connected USB devices at 0.5A. It has an optional Rapid Reverse Charge function that turns off the phone’s functionality and charges said devices up to 1.5A. The Rapid Reverse Charge mode can monitor charging levels, and the phone won’t allow itself to go below 30% capacity while charging other gadgets. You can disable reverse charging in the Settings, which will stop other devices from drawing power from your ZenFone 3 Max during sleep. This sets the USB OTG feature apart from other capable USB OTG Android smartphones. 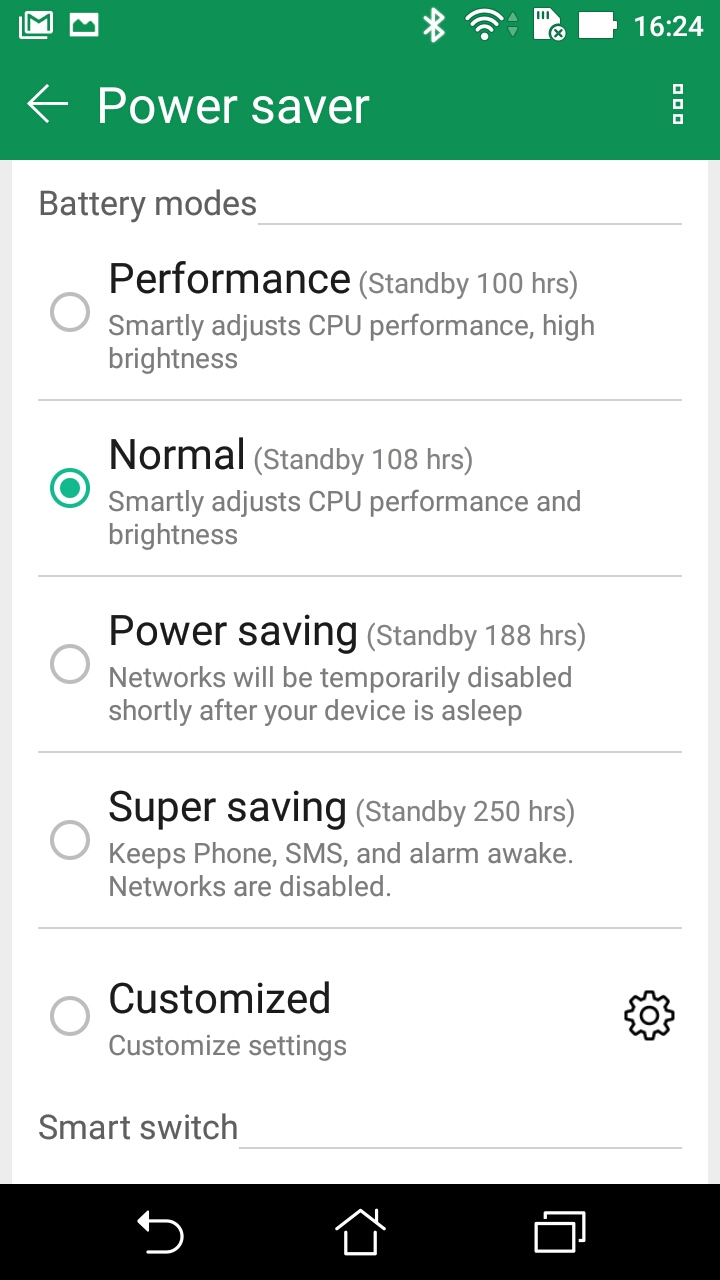 One of the useful pre-loaded apps found on the ASUS ZenFone 3 Max is the Mobile Manager. Here is where you find five power-saving modes that can really stretch the uptime of your 4,100mAh battery. Performance mode and Normal mode are pretty straightforward, with the former using 100% screen brightness at all times. Power Saving mode disables network connection when your device is asleep, while Super Saving mode only keeps your Phone, SMS, and Alarm functions awake with everything else disabled. The last mode allows the user to customize their own power saving style, but it’s not as detailed as one would hope – it’s a matter of choosing between High or Smart screen brightness, and selecting how you want your phone’s network to behave – there are no micro-management options beyond this point, but it should be sufficient for the everyday smartphone user.

Other power-saving options include a scheduled timer where it will switch the phone to a chosen power-saving mode at a time period designated by the user. The Battery Level option automatically switches the phone’s power mode when it goes below 10% charge. 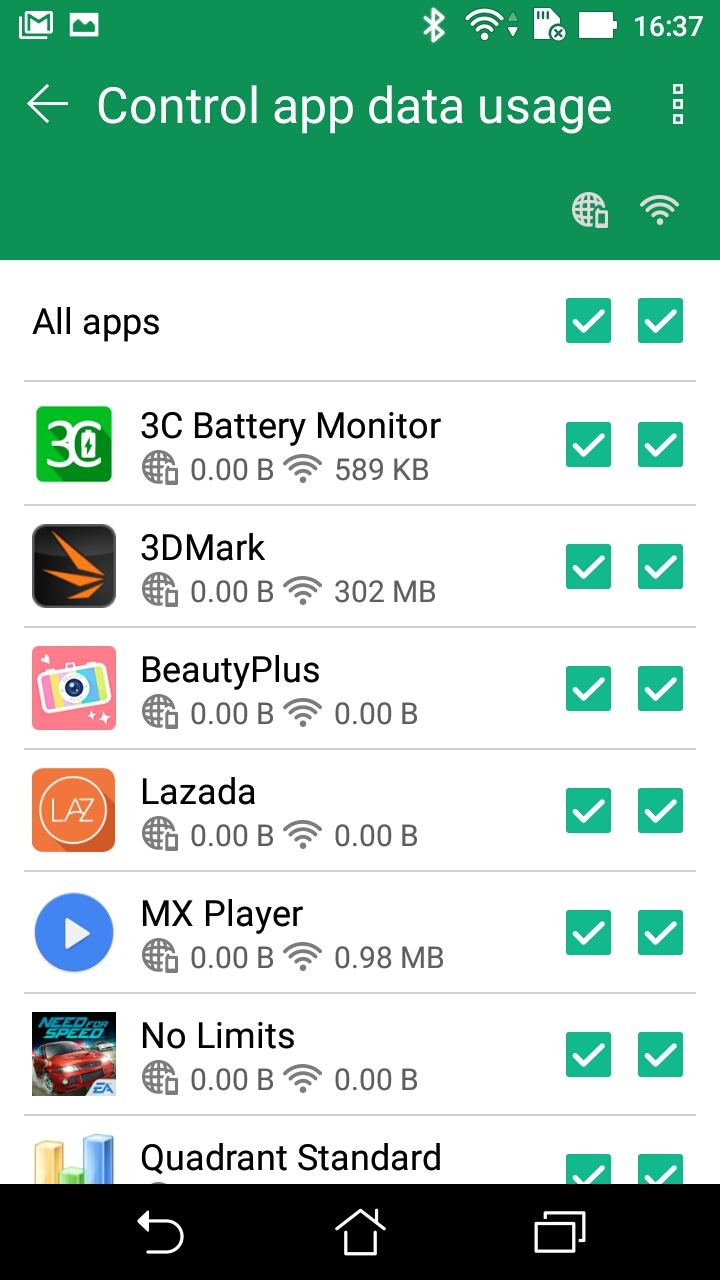 Within Mobile Manager, you’ll find other controls, such as App Permissions and Data Usage. These are handy – App Permissions allow the user to limit the apps that can auto-start when the phone is booted up, while providing a handy way to disable individual permissions for individual apps. Data Usage lets you limit specific apps to certain data privileges – mobile data only, Wi-Fi only, or none. As such, Data Usage is extra helpful when you have simple game apps that waste cellular data to show advertisements but do not require data to play. Similarly, you can limit the apps so you get fewer surprises on your phone bill.