While the ZenFone 3 Deluxe performed the worst in this benchmark, I didn't notice any lag or slow loading when I was actually using the phone for Internet browsing. 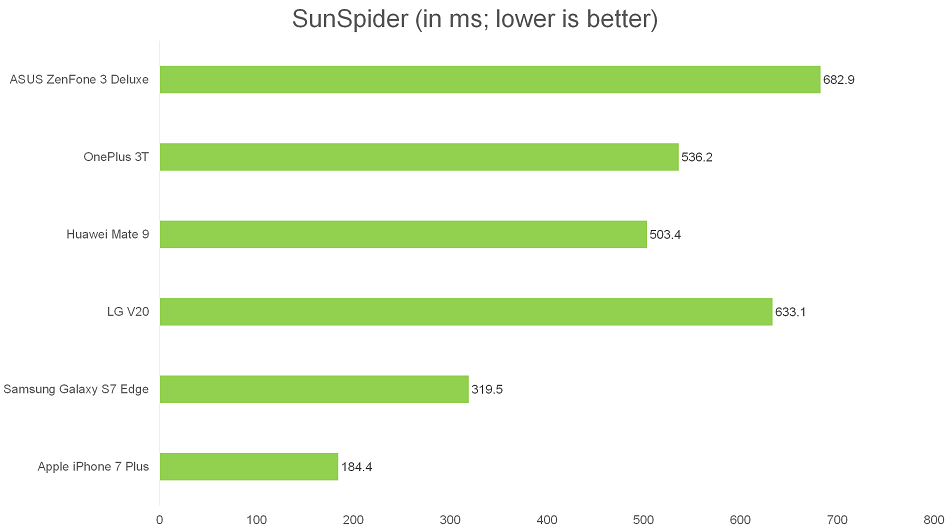 Quadrant is an Android benchmark that evaluates a device's CPU, memory, I/O and 3D graphics performances. As this is an Android benchmark, the Apple iPhone 7 Plus is not included. As expected, the ZenFone 3 Deluxe's older 820 processor couldn't keep up with the OnePlus 3T's 821 and also lagged way behind Samsung's Exynos 8890-powered Galaxy S7 Edge.  It did however perform to expectations for this processor model as referenced against LG V20.

Once again, the ZenFone 3 Deluxe couldn't match up with the performance leaders like OnePlus 3T, Samsung Galaxy S7 Edge and iPhone 7 Plus. It did however rank up on par with Hauwei's Mate 9 and LG's V20, but as you can tell, we expected better from a thousand-dollar phone at this point of time.

On the back of the ZenFone 3 Deluxe is a 23-megapixel, f/2.0 Sony IMX318 camera with 3-axis optical image stabilization, and laser autofocus.

ASUS' default camera app is packed with a variety of features, and comes with no less than 20 different shooting modes, including beautification, low light, depth of field, timelapse, and more. Manual mode offers contorl over white balance, exposure, ISO, shutter speed, and focus, and you even get a built-in histogram and a horizontal level so you can get a perfectly straight shot every time.

Unfortunately, more megapixels doesn't necessarily translate to a better picture and the camera on the ZenFone 3 Deluxe was a little disappointing. Color reproduction and dynamic range are pretty good, but even in good lighting conditions at low ISO levels, there's a lot of noise and noticeable smearing throughout the shot. Detail in the middle of the frame looks okay, but anything towards the edge is soft, and there's some obvious jitteriness around the edges of objects (it's particularly obvious around the vodka bottle on the left). Low light performance is even worse, with the camera taking about two or three seconds to capture a shot, which is then blurry as a result. 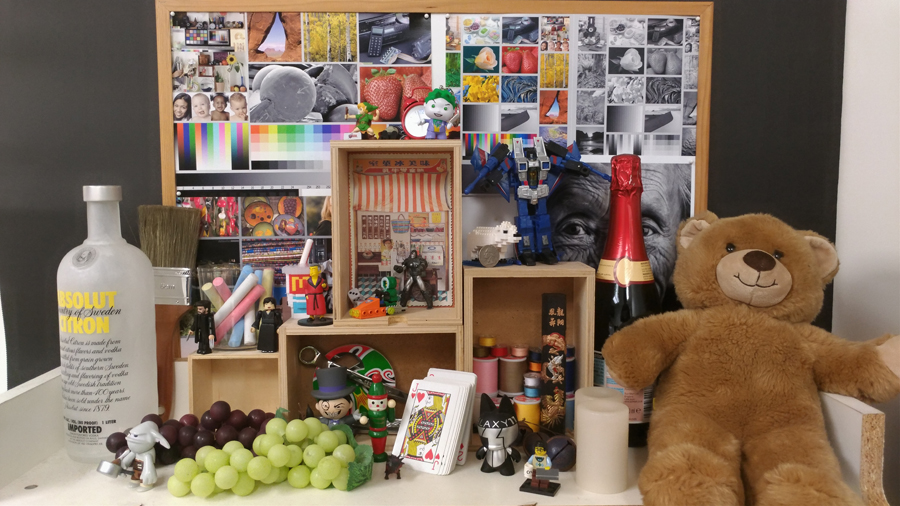 The ZenFone 3 Deluxe has a 3,000mAh battery, which is relatively small for a 5.7-inch phone. Even with expectations tempered, the ZenFone 3 Deluxe was still quite disappointing in our video looping battery life benchmark, lasting just under nine hours before dying. 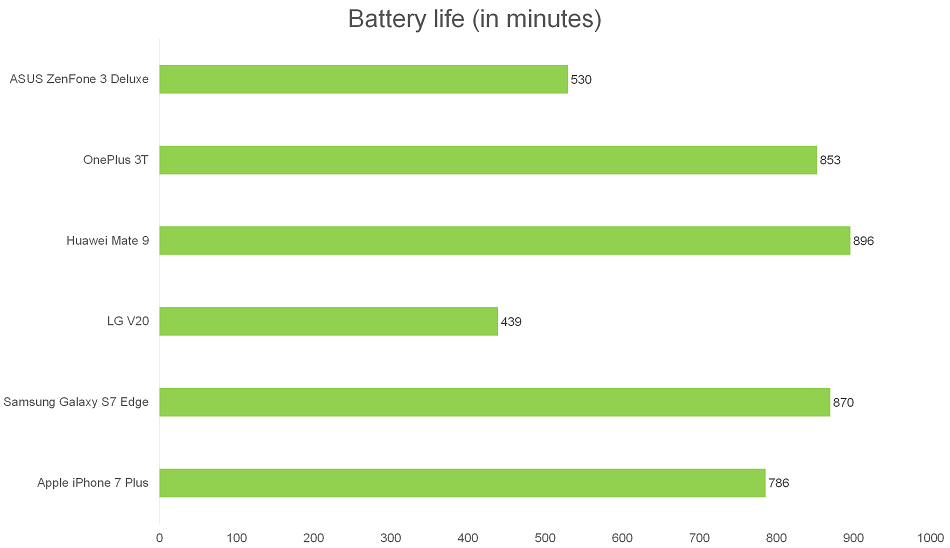 On the plus side, the ZenFone 3 Deluxe is armed with Qualcomm Quick Charge 3.0, so at least it doesn’t take a long time get it back to a full charge. You can expect 60 percent charge in about 30 minutes. 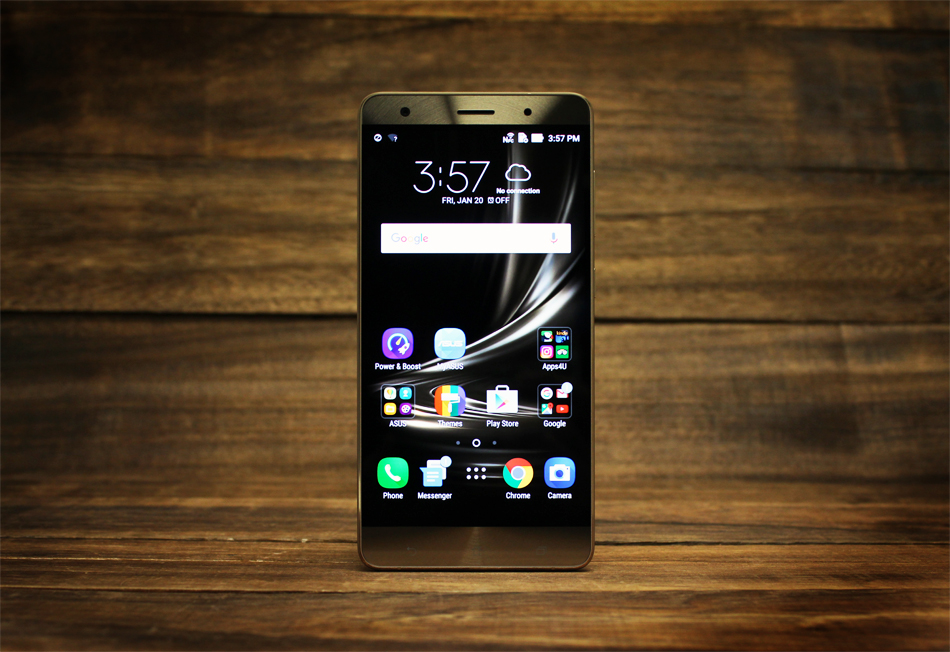 The ASUS ZenFone 3 Deluxe is an ambitious phone, but it doesn't quite deliver everything you expect at this price point. We liked the antenna-less rear design, but weren't too keen on the oblong-shape fingerprint scanner, and the rest of the design is quite derivative without any fresh elements that we haven't seen before.

Camera performance and battery life - two of the most important features of any smartphone today - were also disappointing, with the 23-megapixel Sony IMX318 camera showing some noticeable flaws, and the relatively small 3,000mAh battery insufficient for a phone of this size.

Finally, it's just too late to launch a Snapdragon 820-powered smartphone. The 820 is almost a year old and has already been replaced by the 821. Once 2017's flagship smartphones hit the shelves with Qualcomm's new 835 processor, the ZenFone 3 Deluxe will be even more out of date.

Looking at ASUS' other product lines (like the Zenbook range or its graphics cards) we know that ASUS has what it takes to compete at the highest levels, but the ZenFone 3 Deluxe isn't there yet. For what it offers, the ZenFone 3 Deluxe feels more like a S$600 phone, and if it was priced around this level, it would be a competitive choice against other affordable flagships like the OnePlus 3T and Xiaomi Mi5. But at S$998, there's no compelling reason to buy it when for S$400 less you can buy the more powerful, longer lasting OnePlus 3T, or for around the same price, you can get the LG V20 with its audiophile features, higher resolution display, always-on second display, and excellent camera/microphone features. Samsung's Galaxy S7, despite being a year old, is better than the ZenFone 3 Deluxe in every aspect, and can now be had for much less than its original S$998 launch price.

Write a Review
Compare This | Specifications
Clean antenna-less rear design
Expensive
Below average battery life
Older processor
Disappointing camera
Our articles may contain affiliate links. If you buy through these links, we may earn a small commission.
Sponsored Links