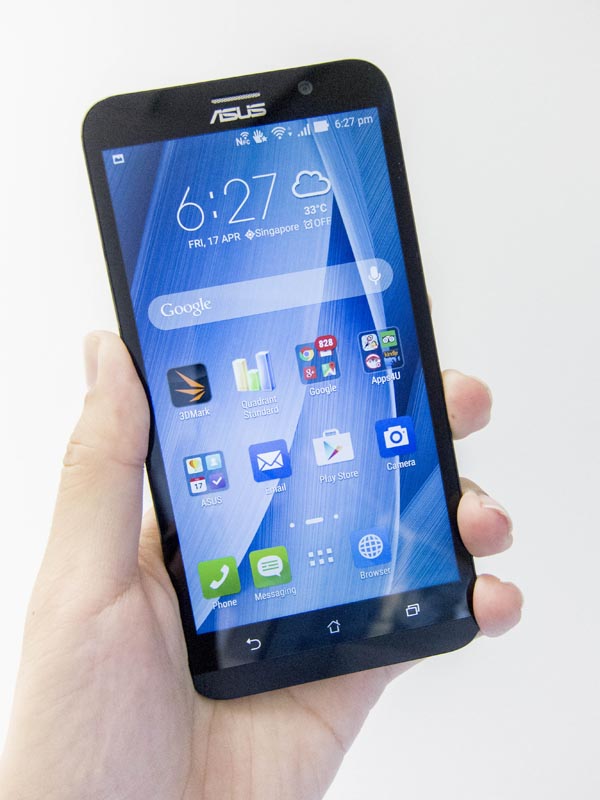 In 2014, ASUS launched the ZenFone series, a new range of Intel Atom-powered smartphones with value-based offerings, designed to compete against the likes of Xiaomi and Oppo. Last year, we saw the ZenFone 4, ZenFone 5, and ZenFone 6, and now ASUS has launched the ZenFone 2. Wait, what? If ASUS's naming conventions seem confusing (and they are), allow us to explain.

The original ZenFone came in three screen sizes: 4-inch, 5-inch, and 6-inch (thus, 4, 5, 6). This year's ZenFone ditches the screen size naming and is so called simply because it's the second-generation ZenFone. What happens two years from now when ASUS gets onto the 4th generation ZenFone?

Even more confusingly, despite ditching the screen-size model names, this year's ZenFone is also available in different screen sizes: 5-inch and 5.5-inch. And the 5.5-inch model is available in both Full HD or 720p options.

But that's not all.

The 5.5-inch Full HD ZenFone 2 itself comes in two configurations, one with 2GB RAM and one with 4GB RAM and a speedier processor. And the 4GB RAM version also comes in two storage capacities, 32GB and 64GB (exclusive to Singtel).

Confused yet? Here's a table showing all of the ZenFone 2 variations:

Actually, if you just consider the ZenFone 2 as a family of phones, and start identifying them by individual product codes (ZE500CL etc.) it gets easier to identify which ZenFone 2 is which. Except, of course, for the top-end ZE551ML, where both the 2GB and 4GB RAM variants use the same product code. While you could purchase the right variant at the telco outlet by double checking and asking the right questions, we would advise you to shop carefully when making such purchases online.

With all of that out of the way, for this review, we'll be looking at the upcoming ZE551ML 4GB version (ours has 32GB storage), which ASUS has been calling it a "Monster Performance Smartphone." For simplicity's sake, from here on out, we'll just refer to it as as the ZenFone 2.

The ZenFone 2 retains much of the design philosophy as its predecessor. The rear of the phone is ergonomically curved laterally (it's actually slightly more curved than last year's ZenFone) and fits comfortably into the palm of your hand, letting you keep a firm grip on it. While the phone is a bit heavier and thicker than many flagship phones these days, it's relatively compact and light for a mid-range handset, and still feels comfortable in hand. Size-wise, the 5.5-inch ZenFone 2 falls halfway between last year's ZenFone 5 and 6, which seems to have settled as the sweet spot for phablets, being large enough for enjoyable content consumption, and yet not too big to be awkward to operate one-handed.

While the phone is still entirely plastic, ASUS has introduced a brushed metallic finish to the phone's removable back cover, which looks fairly convincing (at least at arm's length). It's probably not to everyone's taste, and 'metallic' plastic finishes always look pretty awful up close but, on the plus side, if you do hate it, ASUS has a whole range of optional back covers, ranging from multi-colored Transfusion covers to 3D-effect Illusion covers you can buy to pimp your phone (and you'll also find a number of other ZenFone 2 accessories over here). 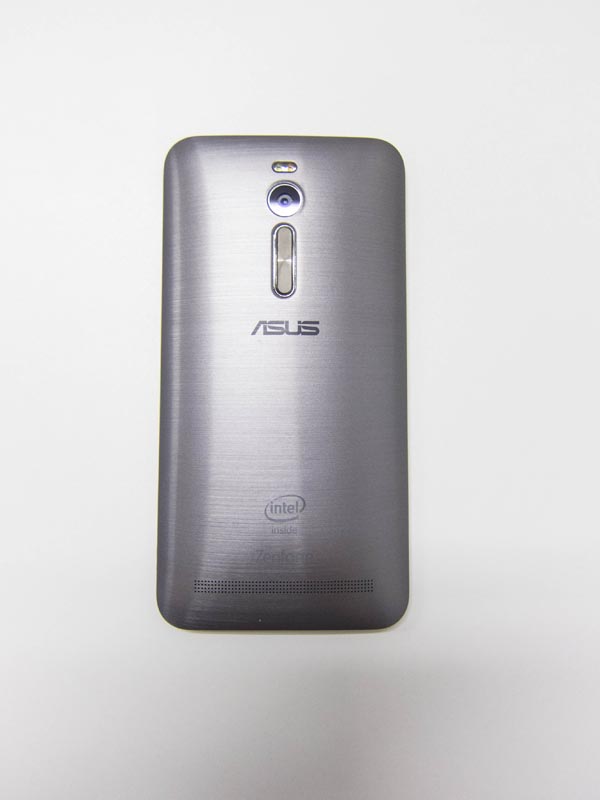 Removing the back cover reveals two micro-SIM slots and one microSD card slot (take note that the low-end 5-inch ZE500CL only has a single micro-SIM card slot). The ZenFone 2 supports Cat4 LTE, which provides data transfer rates up till 150 Mbps. However, unlike its predecessor, only one SIM card slot supports data transmission - the other slot is for calls only. The microSD card slot is located right above the micro-SIM slots, and supports cards of up till 64GB storage capacity. On our 32GB phone, after taking into account system files, there is a total of 25.53GB of total user space. It's worth noting that, despite the back cover being removable, the battery is not. 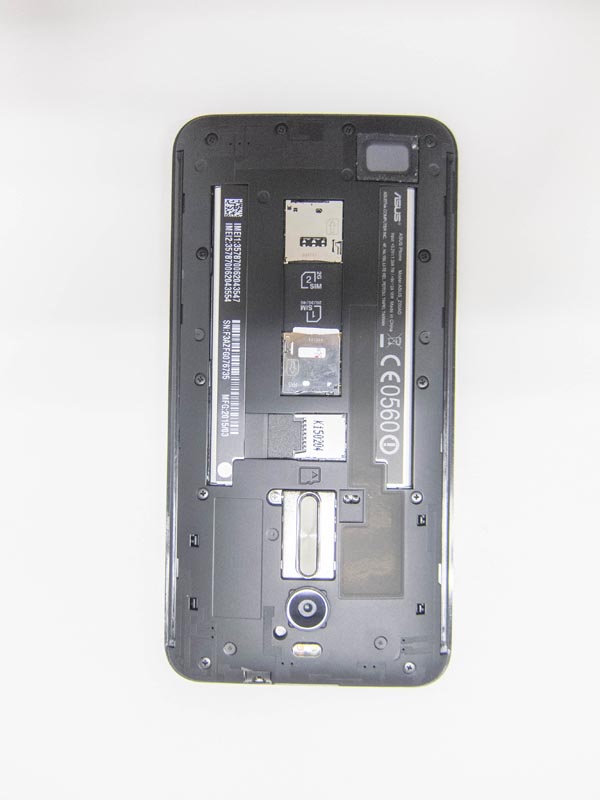 The problem with this placement is that it makes the power button quite difficult to reach while using the phone one-handed. Having said that, ASUS has also incorporated a double-tap function on the screen to turn the display on/off (just like LG's KnockOn) feature, so you may never need to hit that awkward power button anyway. 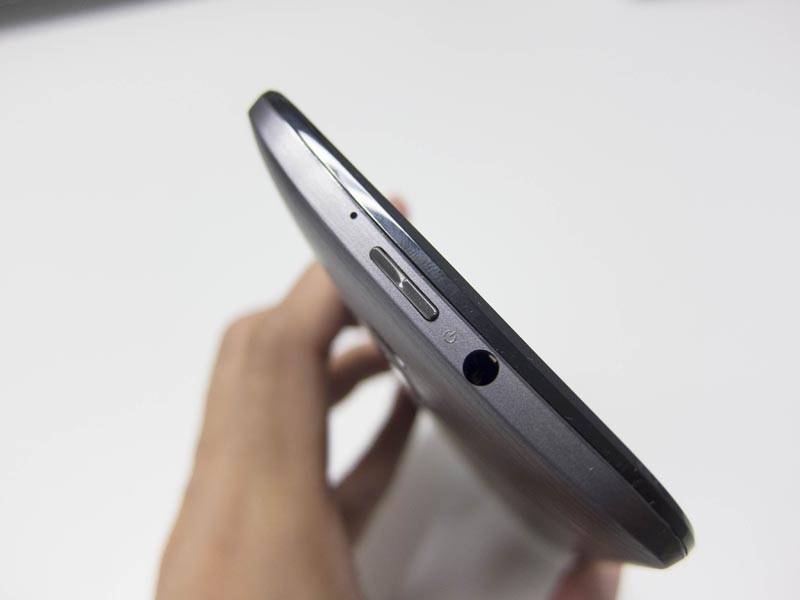 As for the rest of the ports, the micro-USB port is on the bottom edge, while the headphone port is on the top, next to the power button, leaving both the left and right-side completely bare. 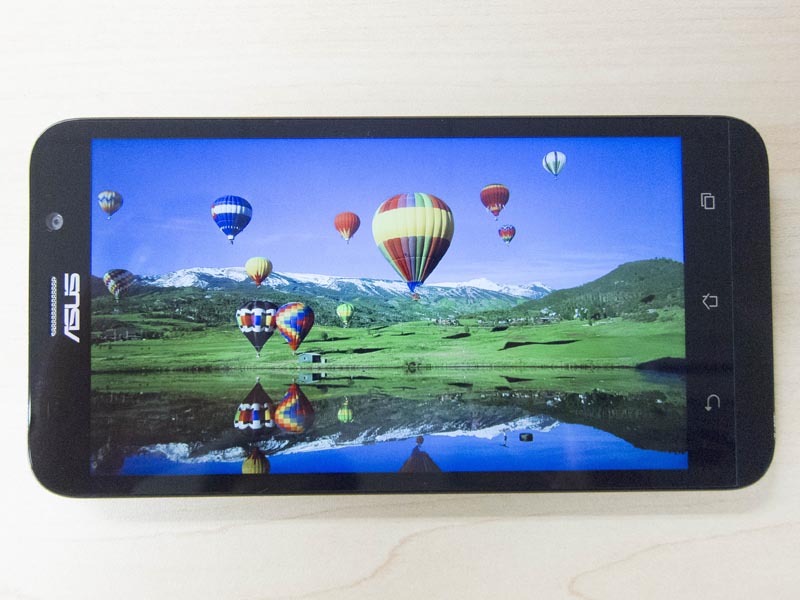 This variant of the ZenFone 2 uses a 5.5-inch Full HD (1920 x 1080 pixels) resolution IPS LCD display, giving it a screen density of 403ppi. The screen is protected with Corning Gorilla Glass 3. Clarity is fairly good and color reproduction is accurate, although contrast could probably be a bit better. Viewing angles are excellent.

Audio on the ZenFone 2 comes from a single speaker unit located on the back of the device. Sound output is rather average, and the rear-facing setup is less than ideal for any movie watching.

The ZenFone 2 is powered by Android 5.0 Lollipop and runs on the latest version of ASUS' ZenUI. Most of the features from the previous version of ZenUI have been carried forward, which you can read about here: 5 notable features of the ASUS ZenUI

In addition, the ZenFone 2 gets some new features currently exclusive to it. ZenMotion lets you use gestures to quickly launch apps while the display is asleep. For example, draw a C to launch the camera, a W to launch the internet browser, an S to launch SMS messages, or an E to launch e-mail. ZenMotion also lets you flip the phone onto its front to mute an incoming call or any music playing.

SnapView is essentially a hidden user account where you can store anything you don't want prying eyes to see. You setup SnapView by creating a new lockscreen password. Whenever you unlock your phone using that password, you'll be in SnapView mode. Any pictures taken, or any apps installed or downloaded in SnapView mode will not be visible in Normal mode. Perfect for secret agents and anyone else leading shady double lives.

We've seen something similar on many phones now, but the ZenFone also includes a Kids Mode, which a parent can set up to limit the apps and functions the phone has access to, as well as the duration for which the kid can play. 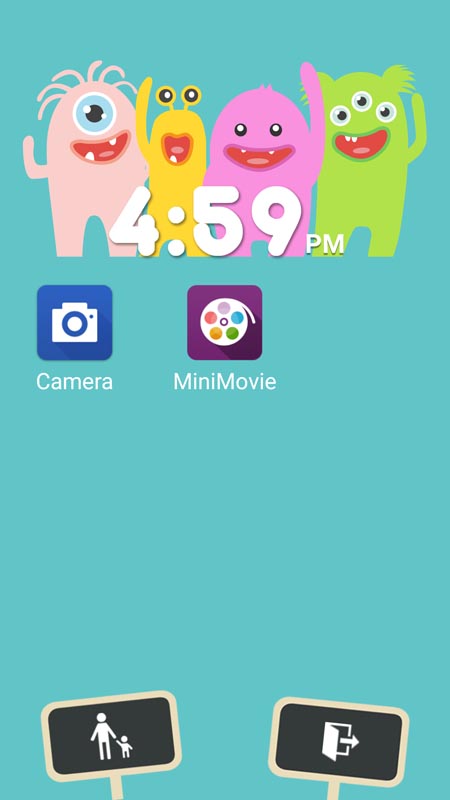 ASUS has also released a new range of View Covers for the ZenFone 2. 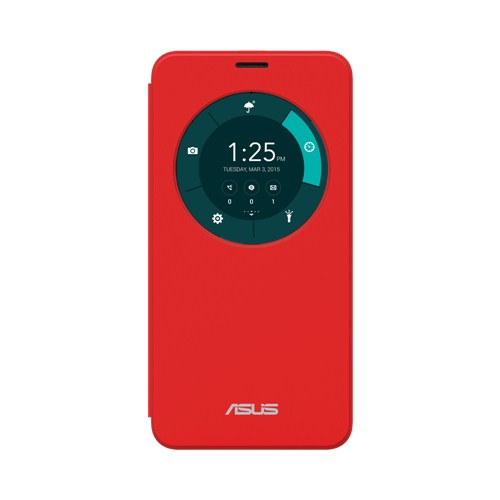 We saw these covers with last year's ZenFones as well, and they're back this year with some new and improved apps to increase their functionality: