Next up, here are the benchmarks used:

PCMark 10 offers different benchmark tests, each designed for a specific scenario. The regular PCMark 10 benchmark focuses on the modern office, and covers a wide variety of tasks encountered in an office scenario. On the other hand, the Express benchmark focuses on applications typically used by office workers in administration, sales, and managerial roles. Finally, the Extended benchmark gives the most comprehensive view of system performance, encompassing essentials, productivity, digital content creation, and even gaming.

The ZenBook S fell somewhere in the middle of the pack here. However, it did better than the Dell XPS 13, which is still one of the best performance oriented Windows ultrabooks you can get. And for reference, it's still quite a bit better than the LG gram 13. 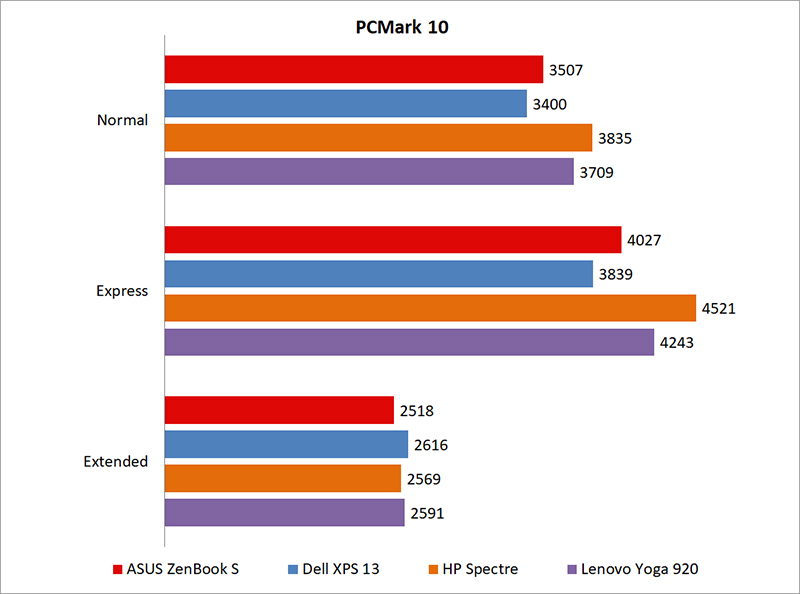 PCMark 10 doesn’t have a dedicated storage benchmark yet, so we’re using the one from PCMark 8 in the meantime.

The ZenBook S came out ahead of the competition here. It utilizes a speedy Samsung PM961 512GB PCIe M.2 SSD, which uses the company’s new Polaris controller, a decision that’s clearly paying off. 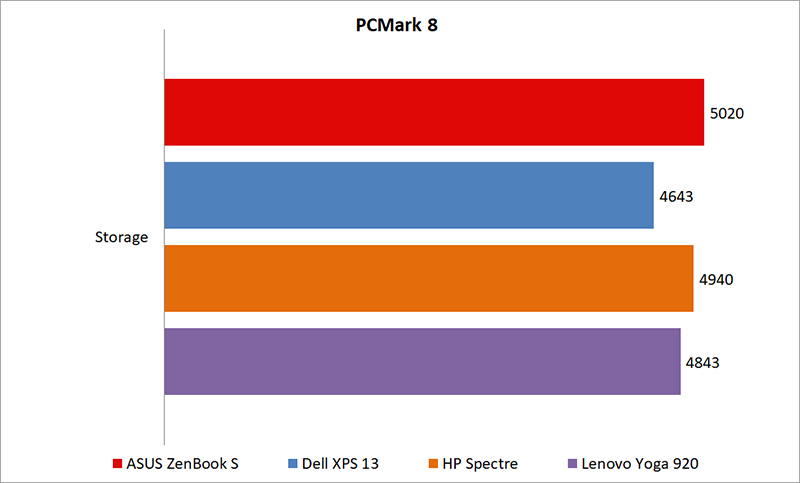 The ZenBook S lagged behind the XPS 13 in 3DMark, but it managed to edge out the other notebooks. In Cloud Gate, the XPS 13 was around 14 per cent faster. Fortunately, it's still plenty faster than the LG gram 13. 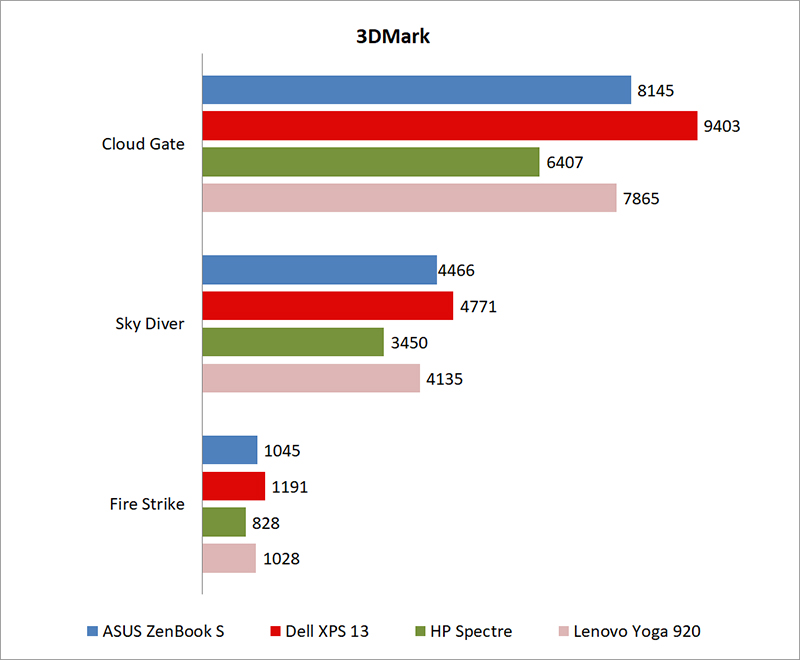 Unfortunately, the ZenBook S didn’t do as well in Far Cry 2. The XPS 13 remained the top performer by a sizeable margin, but the ZenBook S was just a hair behind both the HP Spectre and Lenovo Yoga 920 at Medium settings. Things evened out slightly at Very High settings, but the XPS 13 retained its lead. 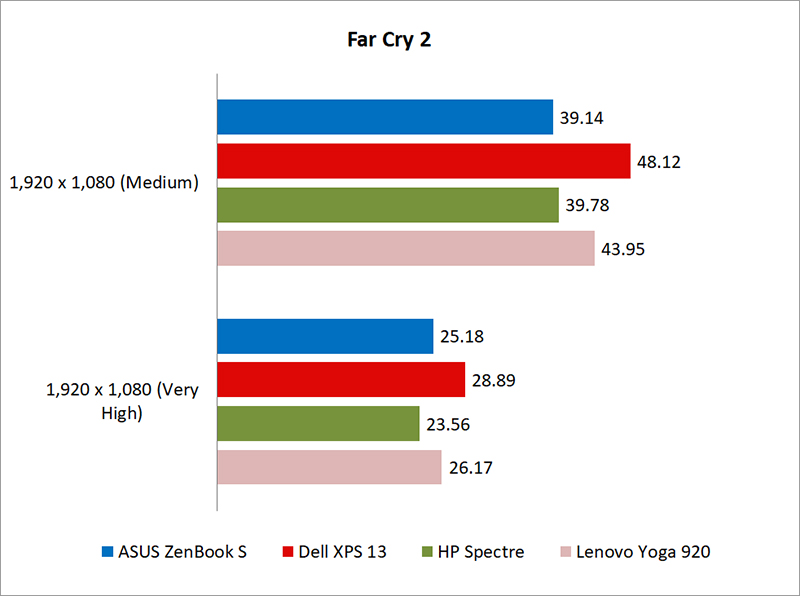 The XPS 13 came ahead in Tomb Raider as well, but the ZenBook S managed to hold its own with performance numbers somewhere in the middle of the pack. 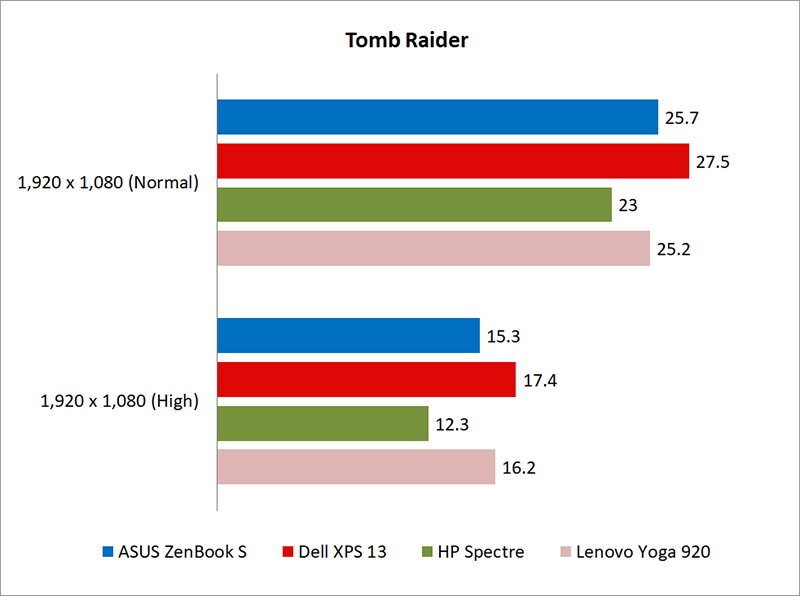