The external temperatures of the four quadrants of the notebook were measured after looping the 3DMark Fire Strike Extreme stress test for 15 minutes. This amount of time is more than enough to get an idea of your average maximum running temperature for this workload.

Despite my initial concerns about the design of the cooling system and the vent placements, temperatures on the ZenBook Pro were not markedly higher than the other notebooks.

However, it did fail to pass a 40-loop run of the 3DMark Fire Strike Extreme stress test, which requires a frame rate stability of at least 97 per cent. This tests for how consistent performance is under load, and requires robust cooling, so it seems to suggest that the ZenBook Pro is throttling its performance to keep temperatures in check, which may account for the lower gaming performance observed earlier. 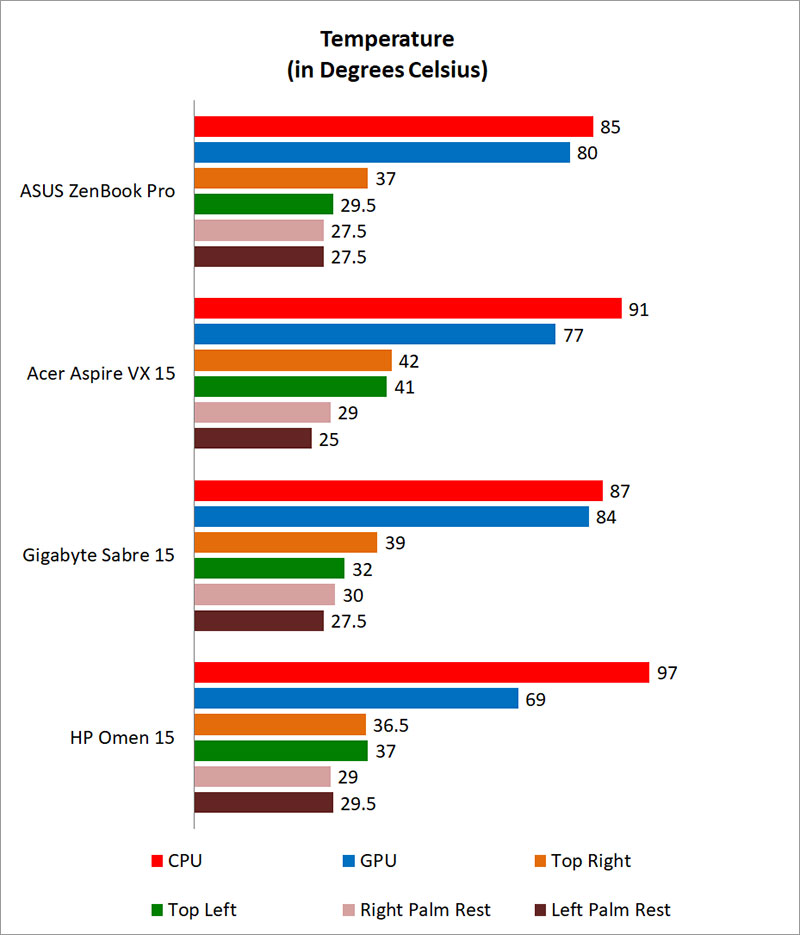 PCMark 8’s Home benchmark was used to measure battery life on all the systems, which had their keyboard backlighting disabled and displays set at 50 per cent brightness  From that result, a power consumption figure was then calculated based on the battery capacity and how long it lasted.

The large 73Wh battery pack on the ZenBook Pro manages to power it to over four hours of use, which is quite an improvement over the Acer and Gigabyte laptops. However, the HP Omen 15 lasted a good 37 minutes longer despite having a slightly smaller battery, which might be due to the higher power consumption of the ZenBook Pro’s IPS display compared to the Omen 15’s TN panel.

The ZenBook Pro’s display also appeared brighter at 50 per cent brightness compared to the Omen 15, so that likely contributed to the higher power consumption as well. 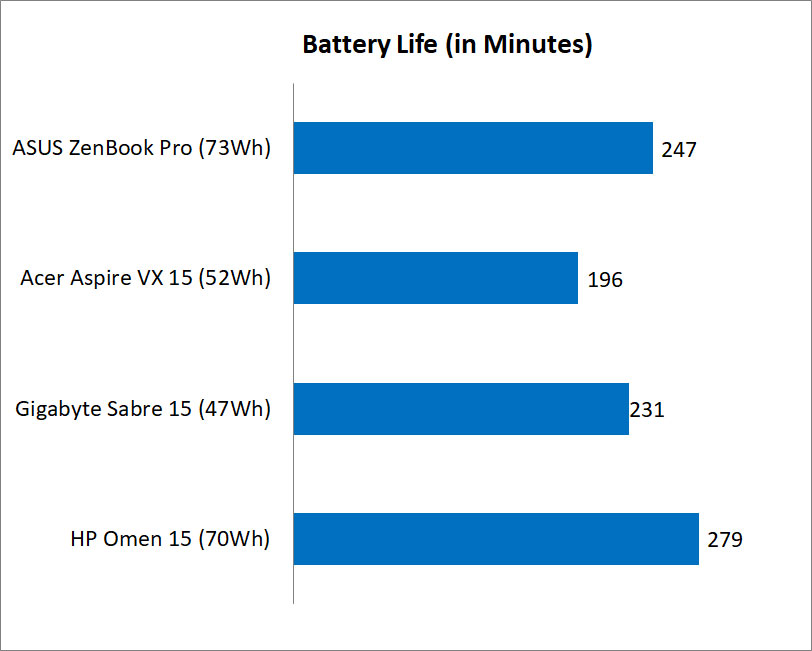 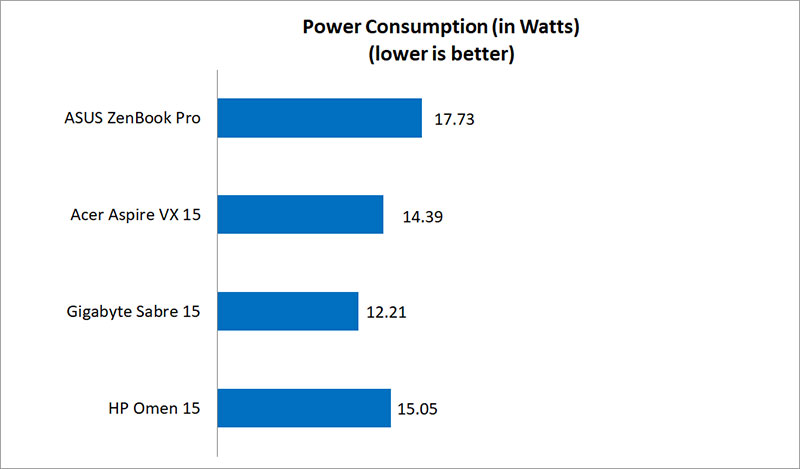 Here’s where the ZenBook Pro really shines, thanks to its relatively light weight and slim dimensions. Compared to the other 15.6-inch notebooks, it’s considerably more portable despite not having the longest battery life. This is a 15.6-inch notebook that measures 18.9mm thick and weighs just 1.8kg, whereas other similarly configured models are nearly a full centimeter thicker and weigh up to 2.5kg.

ASUS designed the notebook to be a portable workhorse, and it’s done quite a good job of pulling that off. 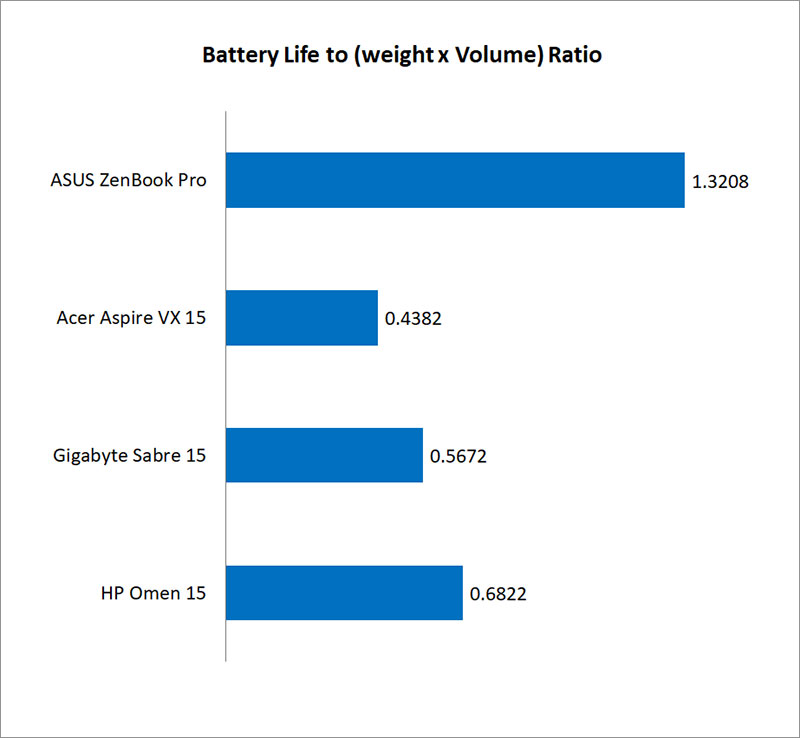