So how does the ZenBook Pro 15 perform?

In a word: good. Thanks to its Core i9 processor, the generous amount of memory, and discrete GeForce GTX 1050 Ti GPU, the ZenBook Pro 15 performed significantly better than your typical ultraportable class notebook. It was mostly on a par with the new 15-inch MacBook Pro, which can be spec’d with the same Core i9 processor.

Graphs and analysis to follow below and here are the benchmarks used:

If you want to check out more charts and find out more about the ZenBook Pro 15's throttling habits, visit our Core i9 throttle wars article where I stress-tested the new 15-inch MacBook Pro and ZenBook Pro 15.

On PCMark 10, we can see that the ZenBook Pro 15 was a good match for the new 15-inch MacBook Pro which is also powered by the same Core i9 processor. It was also significantly faster than the LG gram 15 which is powered by the less powerful quad-core Core i7-8550U processor. 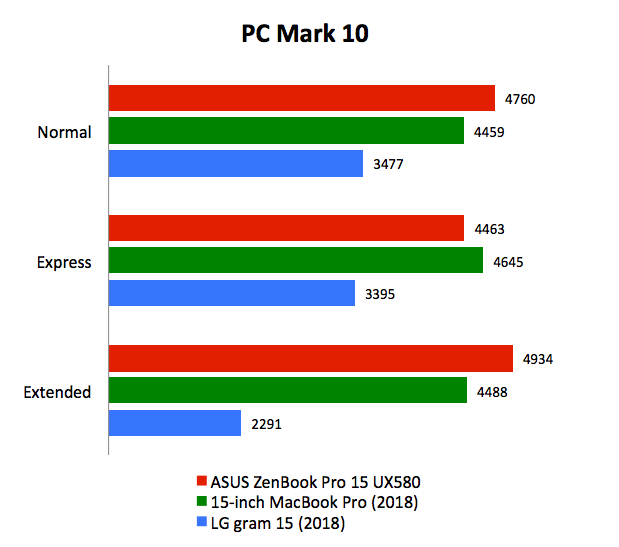 The ZenBook Pro 15’s performance on PCMark 8 was good especially on the graphics-intensive workloads like Creative and Apps (Adobe). The GeForce GTX 1050 Ti GPU is heads and shoulders faster than Intel’s integrated graphics solution. 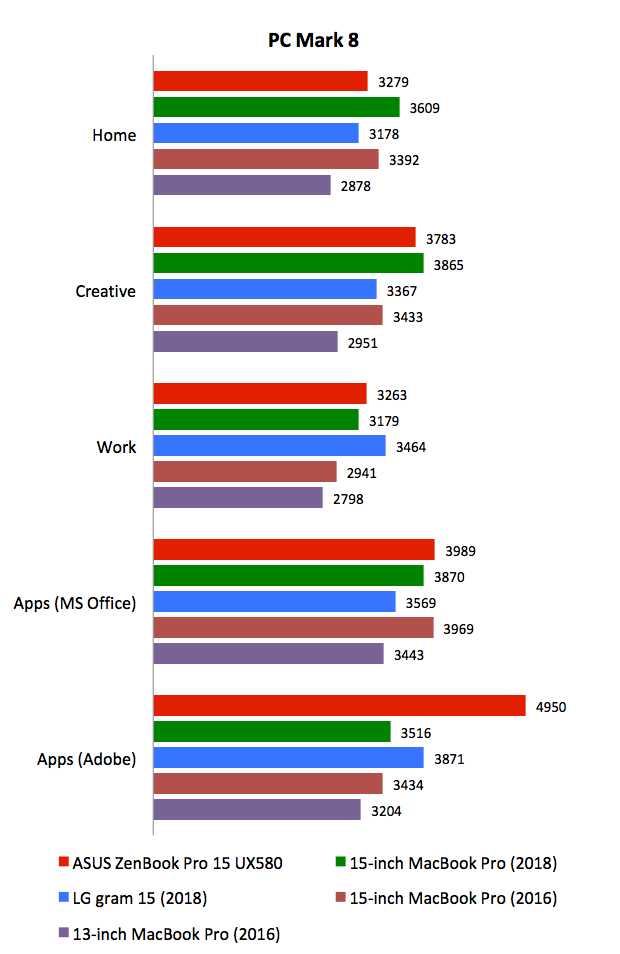 How about against another multimedia workhorse outfitted with a GeForce GTX 1050 Ti GPU too? The ZenBook Pro UX550 launched earlier this year is one such notebook and it performs a tad better than the new ZenBook Pro 15 in gaming benchmarks. 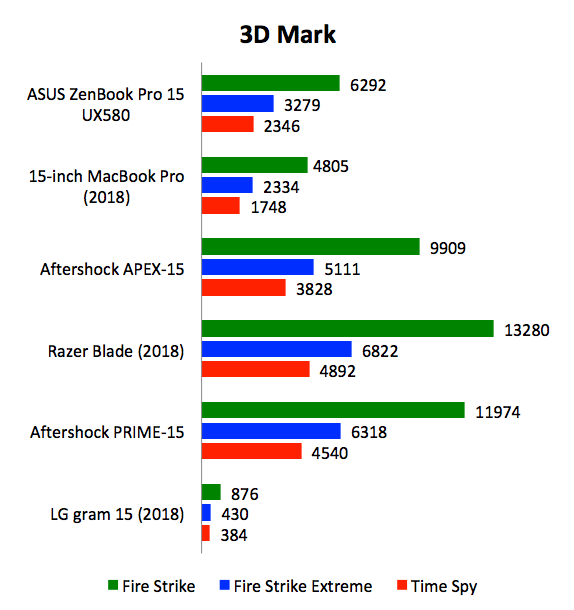 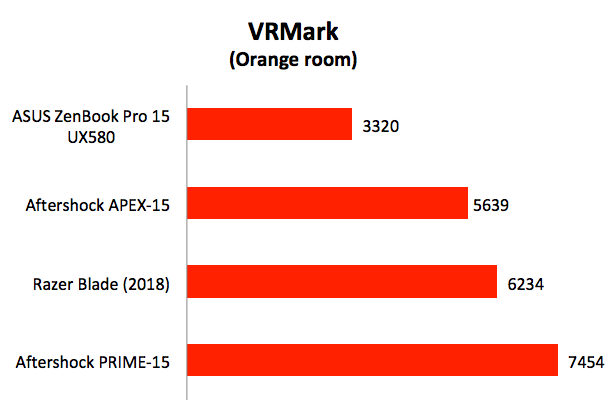 Deus Ex is a graphically intensive game and the ZenBook Pro 15 managed barely playable frame rates. The Aftershock APEX-15 with its more powerful GeForce GTX 1060 GPU was about 70% faster overall. The Razer Blade and Aftershock PRIME-15 were about 220% faster. Clearly, the GeForce GTX 1050 Ti isn’t quite as adept at running games as the GeForce GTX 1060. That said, I think most users would be able to squeak past if they turned the graphics settings or resolution down a little more (for which we've an optimization guide). It’s not ideal, but that's the limitation of the GeForce GTX 1050 Ti. Further to that, once more, the ZenBook Pro 15 was found trailing behind its earlier released model. 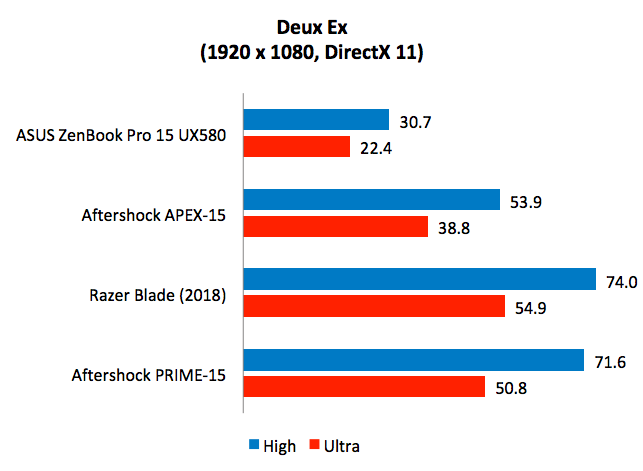 The ZenBook Pro 15 performed a little better on Ashes of Singularity, managing a rather decent 35.9fps at Full-HD resolution with the graphics set to ‘High’ and MSAA set to 8x. You can get even better frame rates if you are willing to sacrifice some graphics quality. Again, the Aftershock and Razer notebooks were much stronger performers because of their more capable GPUs. Still, gaming is entirely possible on the ZenBook Pro 15 as long as you keep your expectations in check and lower the graphics settings. 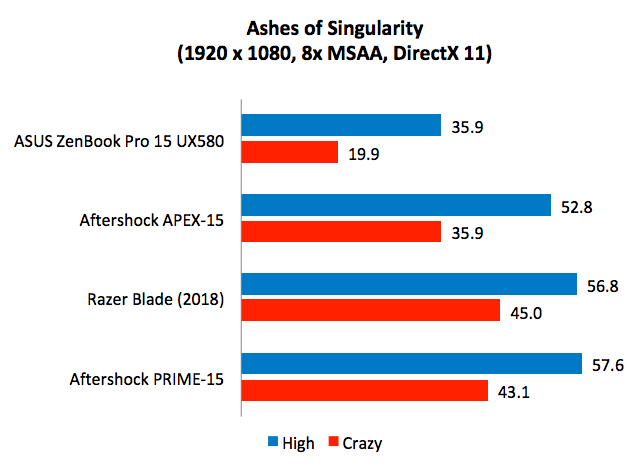