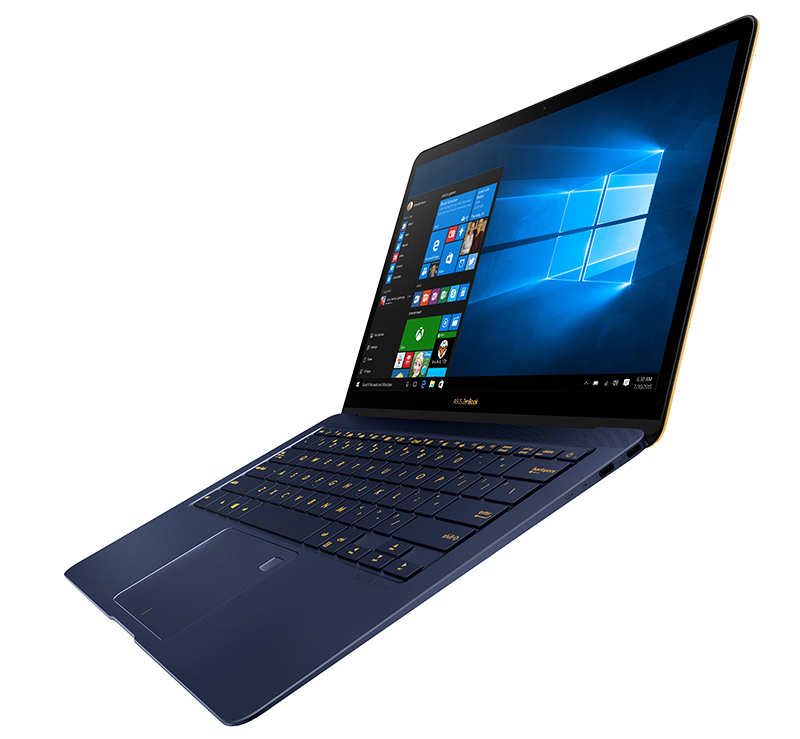 ASUS has been making some seriously impressive and cool notebooks in the past two or so years. I recall seeing the ZenBook 3 at Computex 2016 and left being impressed at how thin, light, and refined the ZenBook 3 was. Just 11.9mm thick and weighing a scant 910g, it is an impressive feat of notebook engineering.

Following up on the ZenBook 3 would be a hard task, but ASUS pulled it off at CES 2017 earlier this year with the ZenBook 3 Deluxe - the very notebook that you see here. In many ways, it is even more incredible than the ZenBook 3, and it is also easily one of the most stylish and compact notebooks you can buy today. It looks mighty promising so let’s dive into the review now. 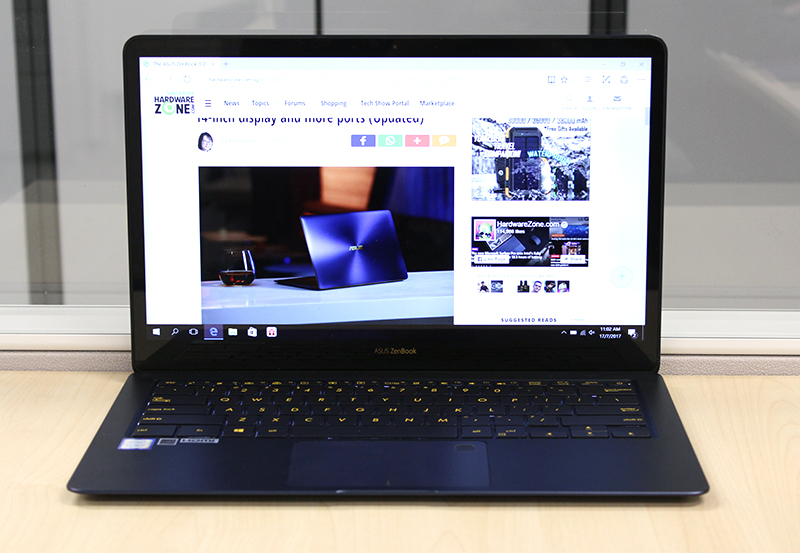 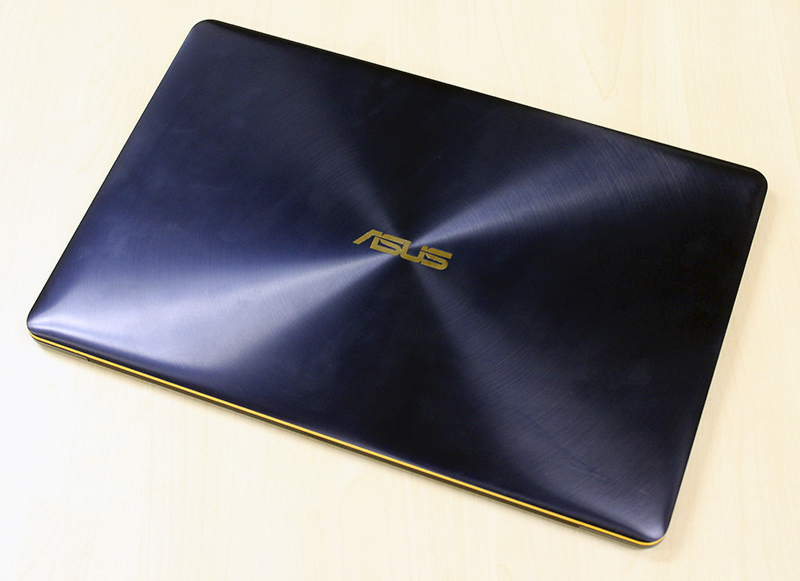 Another outstanding thing about the ZenBook 3 Deluxe is its unique color. The model that I have on hand is in Royal Blue. It is a dark shade of blue that almost looks like purple to my eyes. It is also a color that you don’t see on any other notebooks and it is quite attractive, especially with the gold accents that are on the chamfered sides of the display and also on the keys. The ASUS logo on the back of the display is also gold. 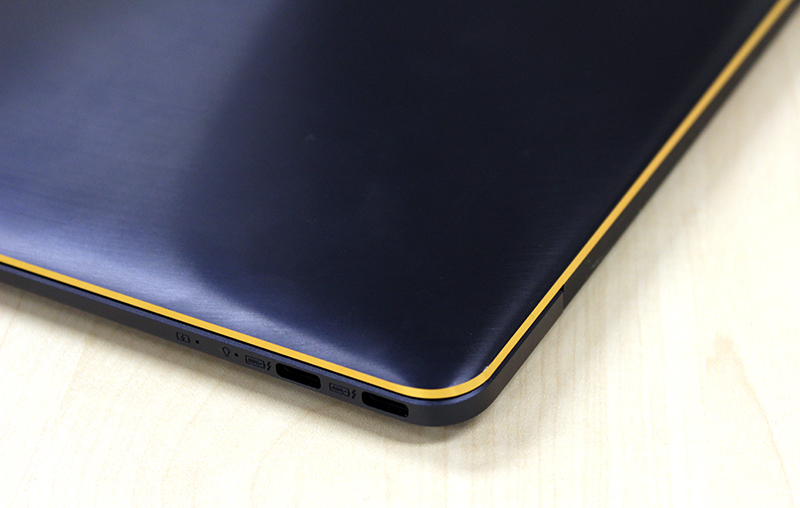 Colors and compact dimensions aside, I was also impressed with the overall build quality of the ZenBook 3 Deluxe. It's positioned as premium notebook by ASUS and it does feel luxurious; even down to the box contents and packaging as you'll see in our video further down. The chassis is all aluminum, of course, and top panel features an exquisite spun-metal finish that ASUS says takes 40 steps to complete. On the Royal Blue model, it is not immediately obvious and only visible at certain angles or if you look hard, but it does look nice especially when you catch it at the right angle or when light falls on it in a certain way. 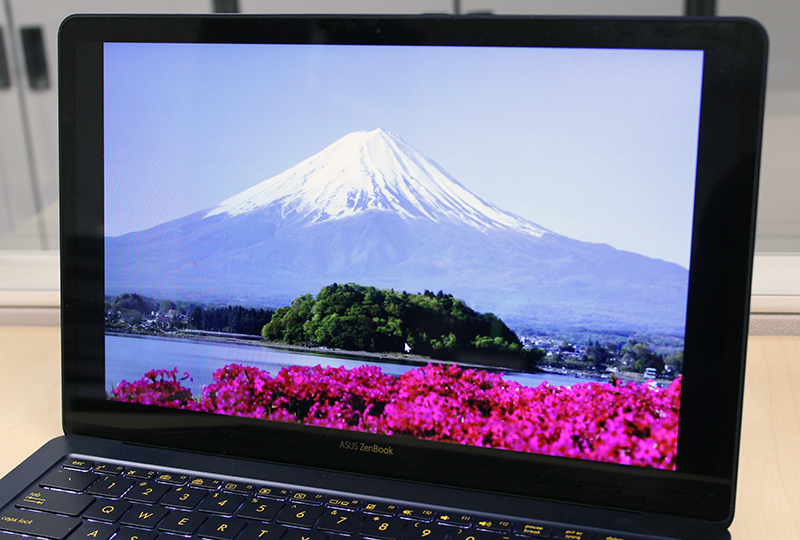 And to keep the ZenBook 3 Deluxe so thin, ASUS employed the use of Corning Gorilla Glass 5 to protect the panel. This allowed them to use a glass that is just 0.55mm thick, shaving precious millimeters off the overall thickness of the notebook. 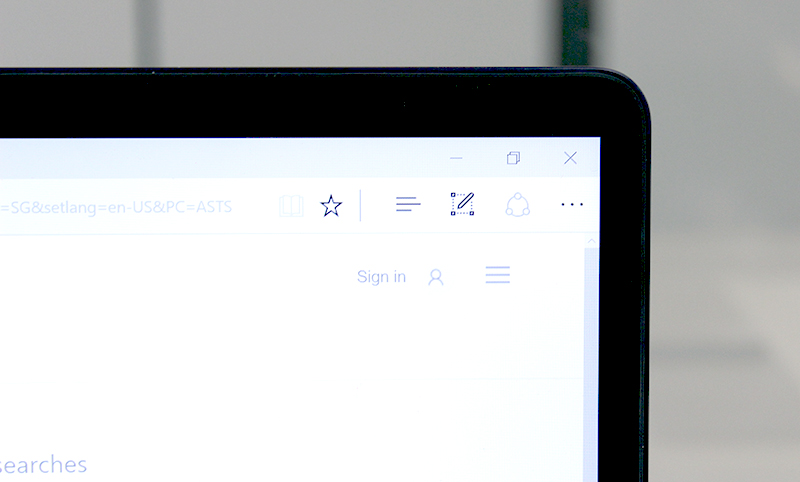 However, the not-so impressive thing about the ZenBook 3 Deluxe is its screen resolution, which is just Full-HD or 1920 x 1080 pixels. In today’s world of Retina, QHD, and 4K displays, a Full-HD display is starting to look a bit dated. If you already think a Full-HD display on a 13-inch notebook looks hazy, it’s worse on a 14-inch display because the pixels are larger and more prominent. Furthermore, I also found the display to be a tad too dim and this might be problematic if you intend to use it outdoors or in places where there is harsh or direct light.

On the flip side, ASUS claims the display supports 100% of the sRGB color space and it has a TV-grade contrast ratio of 1000:1.  To my eyes, the ZenBook 3 Deluxe’s display looks really vivid (when under the right lighting conditions) with colors that pop, but still look natural. Pity about the less than ideal resolution though.

Moving along, the ZenBook 3 Deluxe is powered by the latest seventh generation Intel “Kaby Lake” processors. Ours came with the more powerful dual-core Core i7-7500U processor (2.7GHz, 4MB cache) with the integrated Intel HD Graphics 620 GPU. Alongside the Core i7 processor, our unit also has a generous 16GB of LPDDR4 RAM and a sizable and super speedy 512GB PCIe 3.0 x4 SSD. Almost similar to the more compact ZenBook 3 model that we've reviewed previously. 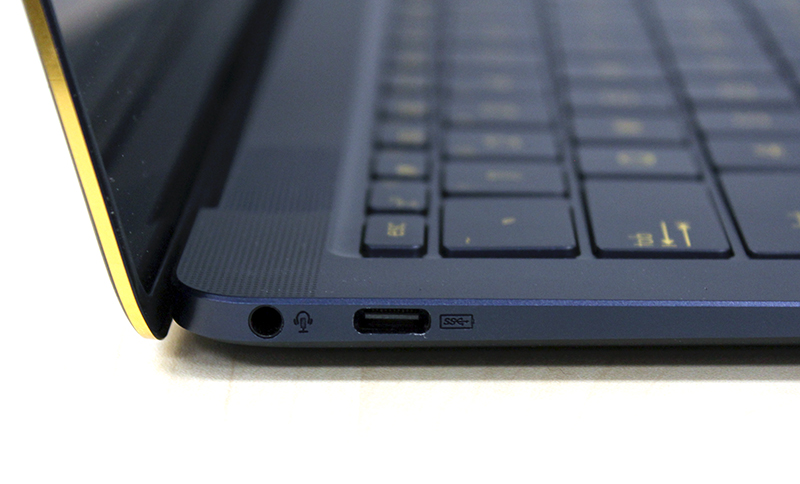 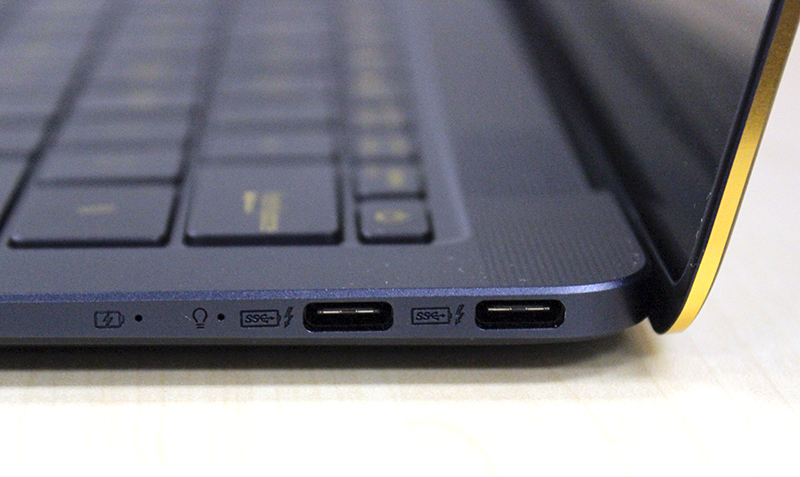 Check out what other accessories the ZenBook 3 Deluxe has in our unboxing video and how it compares with original Zenbook 3:-

Thunderbolt 3 is the latest and fastest transfer standard around and it supports an overall transfer bandwidth of 40Gbps. That’s twice as fast as Thunderbolt 2 and a staggering 8 times faster than USB 3.0. With the Thunderbolt 3 port, the ZenBook 3 Deluxe can connect to high-speed external storage devices, drive 4K external displays, and it can even be hooked up to an external graphics dock like ASUS’ very own ROG XG Station 2 to boost its graphics performance. When connected to the ROG XG Station 2, the ZenBook 3 Deluxe even becomes a rather decent gaming machine. 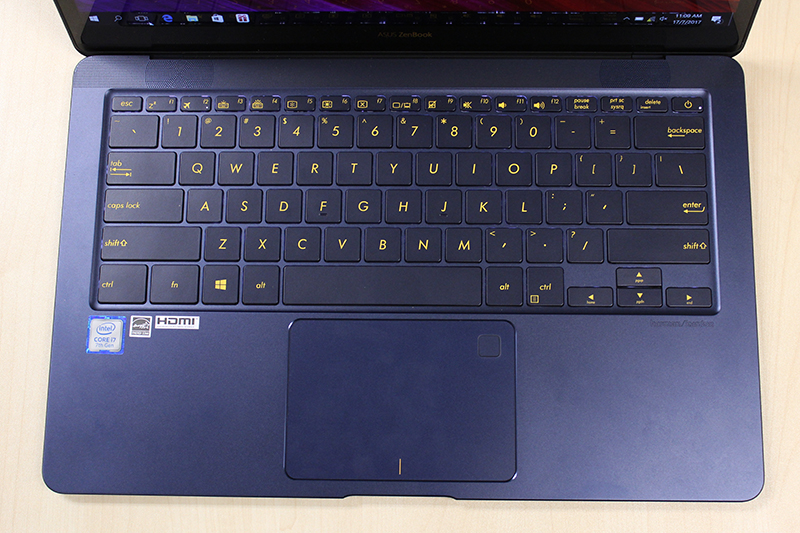 The keyboard and trackpad also deserve special mention. To begin, I really like the gold prints on the keyboard of the Royal Blue model. They look really classy in the dark with the keyboard backlights on. The keys themselves are nicely sized, and they are wide and very flat. They seem to have a high actuation force and they have remarkable travel too, and this makes them nice to type on. ASUS says the keys have 1.2mm of key travel, which is impressive considering how thin the notebook is (12.9mm in case you have already forgotten). 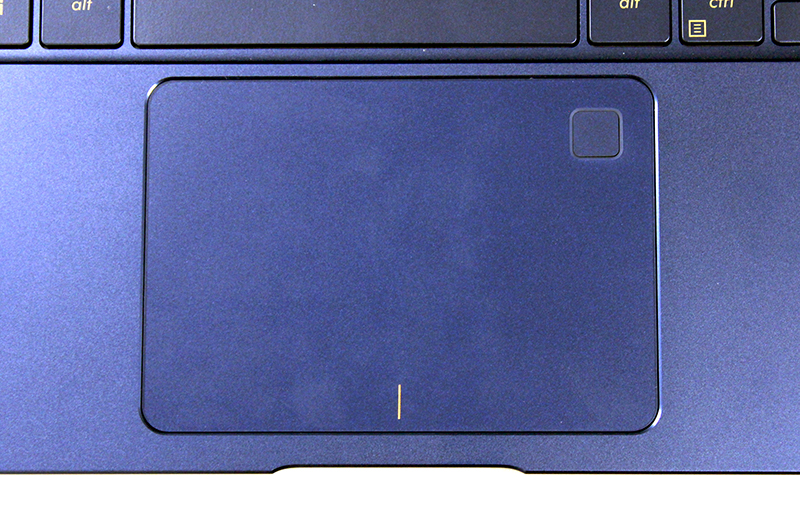 The trackpad is one of the best that I have ever used on a Windows machine. It’s smooth, pretty accurate, and highly responsive. There is none of that sluggishness or erratic behavior that you sometimes see and get on other Windows notebooks. In addition, the touchpad also has a built-in fingerprint sensor with Windows Hello support, which makes logging into Windows super convenient and easy.