ASUS ZenBook 14 UX434 review: Lots of bang for your buck

Note: This review was first published on 3 January 2020. 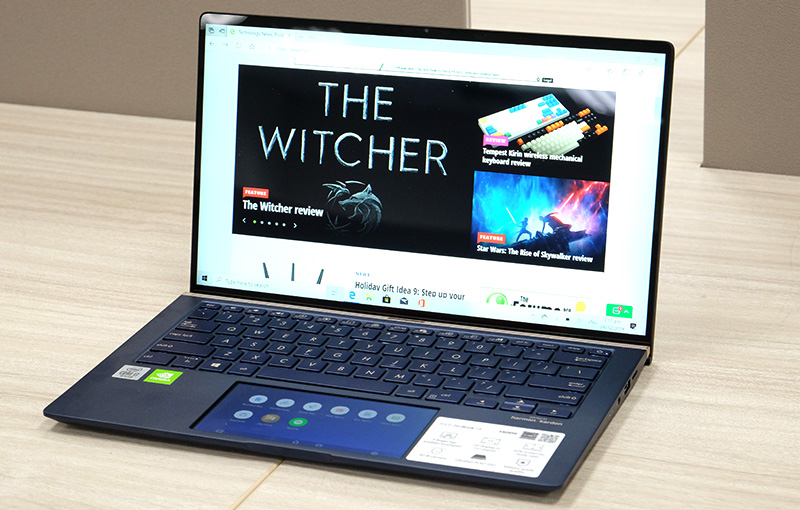 In 2018, ASUS announced its 2018 ZenBook series which was headlined by three new models: the ZenBook 13, 14, and 15. During the event, ASUS also said that there are plans to streamline their ZenBook lineup and make it easier to for notebook-buyers to understand. I thought that meant there was going to be just three ZenBook models. But a full year later, we know that’s not to be. The ZenBook lineup is still convoluted, confusing, and overwhelming.

So what do we have here? This is the ZenBook 14 UX434 and it can be best described as the flagship notebook in the ZenBook 14 family of ZenBook notebooks. What makes it stand out from the other ZenBook 14 notebooks are its specifications and the fact that it comes with ScreenPad 2.0 ― ASUS’ second-generation intelligent touchpad.

Also note that while the ZenBook 14 UX434 debuted in retail in the second half of 2019, it didn't sport Intel's 10th generation Core processors until the tail-end of 2019. As such, we didn't see it was worthwhile to review it back then until we obtained the refreshed UX434 with a newer processing sub-system such as the unit we've assessed today. At this point in time, the UX434 notebooks that you can find in retail only sport the newer Intel 10th Gen. Core processor configuration. 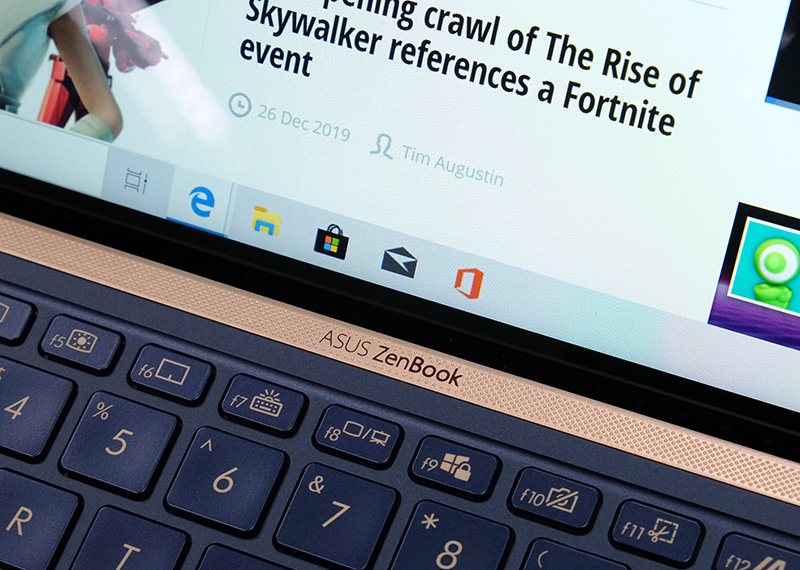 If the ZenBook 14 UX434 looks familiar to you that’s because it’s an update of last year’s ZenBook 14 UX433. It looks mostly the same ― it still comes in Royal Blue with gold accents ― but the dimensions are slightly tweaked to accommodate the improved internals, and the ports have been slightly repositioned.

At 1.35kg heavy and 16.9mm thick at its chunkiest point, the new ZenBook 14 is one of the chunkier notebooks in its class. But, as you will see later, it’s also one of the more powerful and full-featured. Despite its 14-inch display, the overall footprint is small. This is thanks to its minuscule bezels ― only 2.9mm on the sides and 3.3mm on the bottom. Overall build quality is good but lacks that final bit of refinement that ultra-premium notebooks in this class like Dell's XPS 13 and HP's Spectre x360 have. 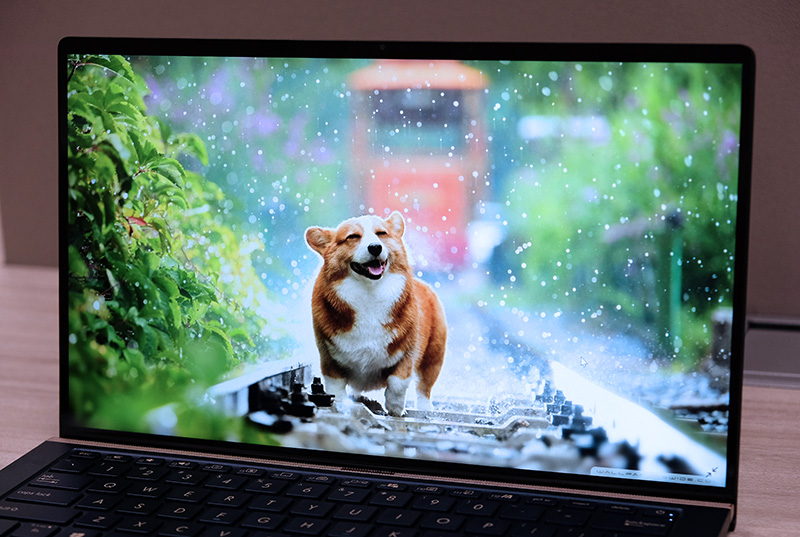 The 14-inch IPS touchscreen display supports Full-HD resolution and has a glossy finish that can be distracting, especially in brightly lit environments. ASUS says it supports 100% of the Adobe sRGB colour space so it’s no wonder that colours look good on it. The display also gets pretty bright. Overall, it’s a very usable display with crisp visuals, nice vibrant colours, and good viewing angles. I have no real complaints about it. 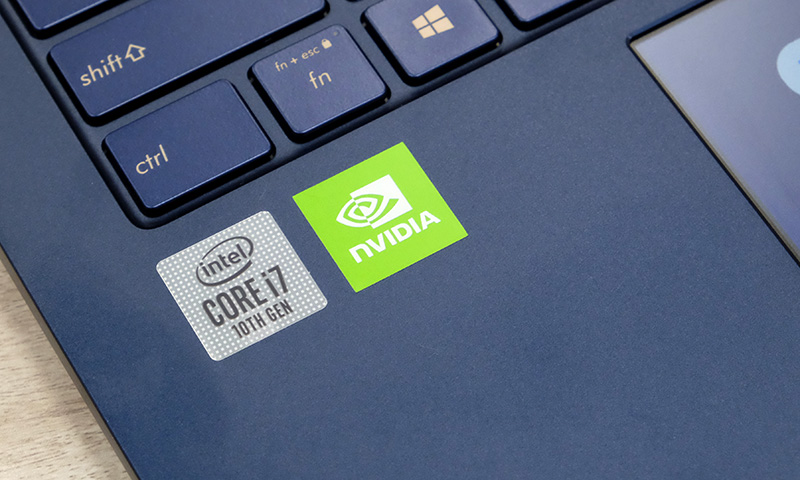 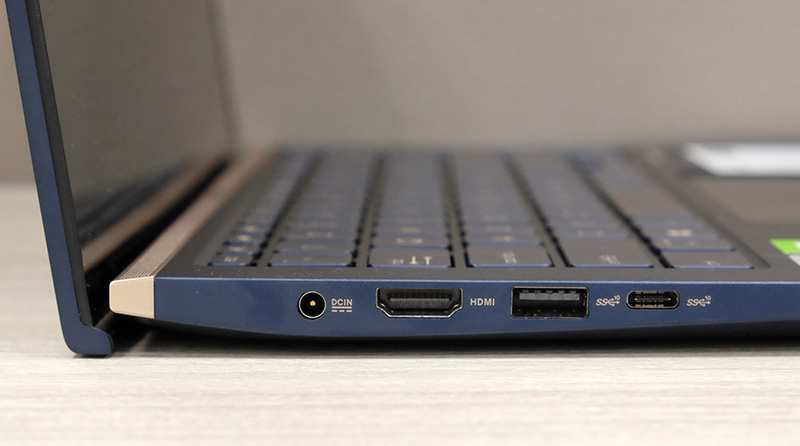 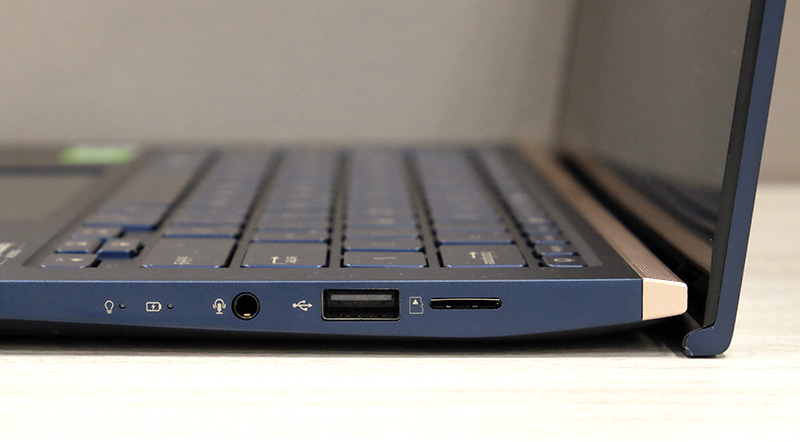 The ports have been repositioned so that they are farther away from the edges but they are still the same. You still get:

The port selection is rather good but the lack of Thunderbolt 3 support could be a problem for some. The inclusion of a microSD card reader is welcomed but we would have preferred a full-size SD card reader. The last thing to note about the ports is that the USB-C port doesn’t support power delivery so you can't use third-party USB-C chargers to power or charge it. Charging has to be done using a traditional DC-in jack, which is a bummer especially if you are already invested into the USB-C ecosystem and have spare USB-C chargers lying around.

On the wireless front, readers will be happy to know that the ZenBook 14 UX434 supports the latest Wi-Fi 6 standard (802.11ax). However, know that to get the most out of it will require a compatible Wi-Fi 6 router. 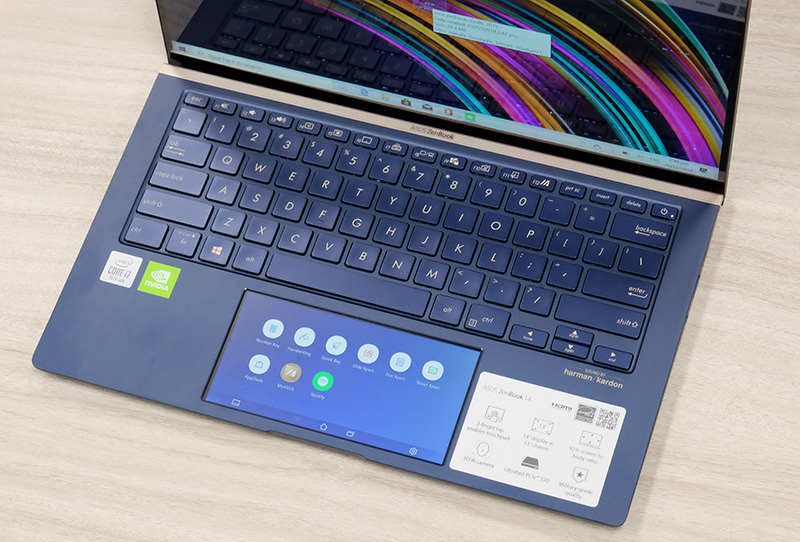 The keyboard is pleasant. The keys are of a good size and the layout is sensible. It also has a good amount of travel ― ASUS says travel is 1.4mm. One nice thing about the notebook is the ErgoLift. The hinge actually doubles up as a stand and lifts the notebook up at a slight angle when the screen is opened. This makes it more comfortable to type on. If I want to be fussy, then I’ll say the keys feel a bit mushy. I would like a firmer keyboard feel but that’s my personal preference.

The ZenBook 14 UX434 doesn’t just have a regular trackpad, it has what ASUS calls the ScreenPad 2.0. Essentially, it’s an intelligent trackpad that can double up as a secondary display. You can switch between the two modes by using a quick three-finger tap.

The trackpad is much larger than its predecessor. It now measures 13.1cm in width and 6.7cm in height, which is a big jump from its predecessor’s 10.5cm x 6.1cm. Diagonally, it measures 5.65 inches across, which means it’s roughly the same size as Pixel 4. It’s pretty high resolution too, boasting 1,000 x 504 pixels. 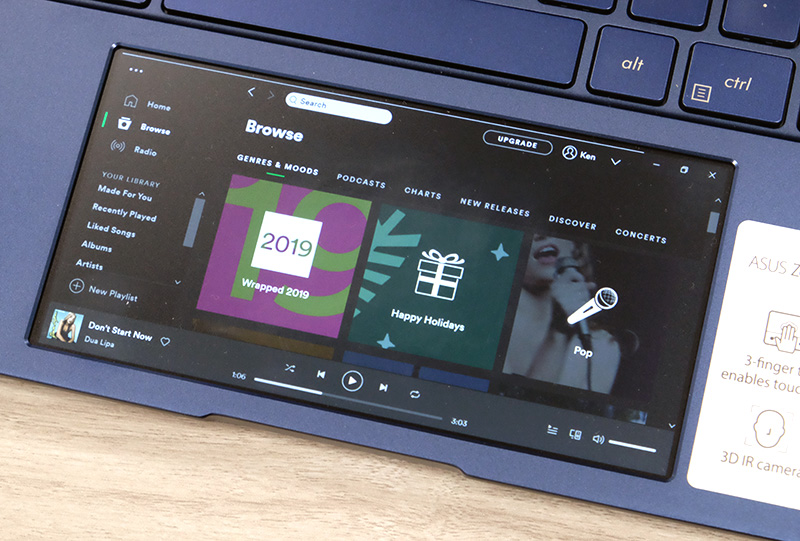 While the larger trackpad does make navigating and scrolling more pleasant, its effectiveness as a secondary display is debatable. It’s often too small to be used reliably as a secondary display. The situation is a bit of a catch-22. You have to squint to read anything on it but if you enlarge it, you’ll end up seeing not much at all. Really, the only thing I found it good for is to play videos so students and workers could use it on the sly to watch Netflix or YouTube. Fortunately, it has improved over its original ScreenPad implementation a  little over a year back when it was first featured exclusively on the ZenBook Pro 15. You can find out even more about the ScreenPad from our first detailed encounter. 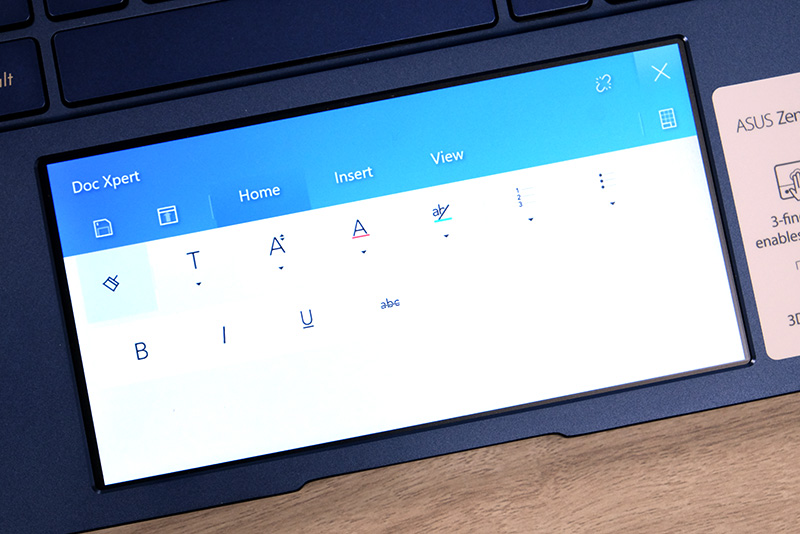 ASUS has optimised a couple of apps like Spotify, Word, Powerpoint, and Excel to be used the ScreenPad but not all of them are useful. Spotify is genuinely useful as the display is big enough to show playlists and enable playback controls. It also lets you do other things like work on your spreadsheet or email without having to switch to the Spotify app on your main display.

The rest of the apps, however, are mostly superfluous. For example, the ScreenPad Word app (called Doc Xpert) only lets you format text, add colours, and a couple of other minor edits, and I would argue it’s easier to do that on the main display. Besides, you would have your Word app opened if you want to change your font size so why not use the menubar in the main app window?