ASUS ZenBook 14 UX425 review: Is this the ZenBook we've been waiting for? 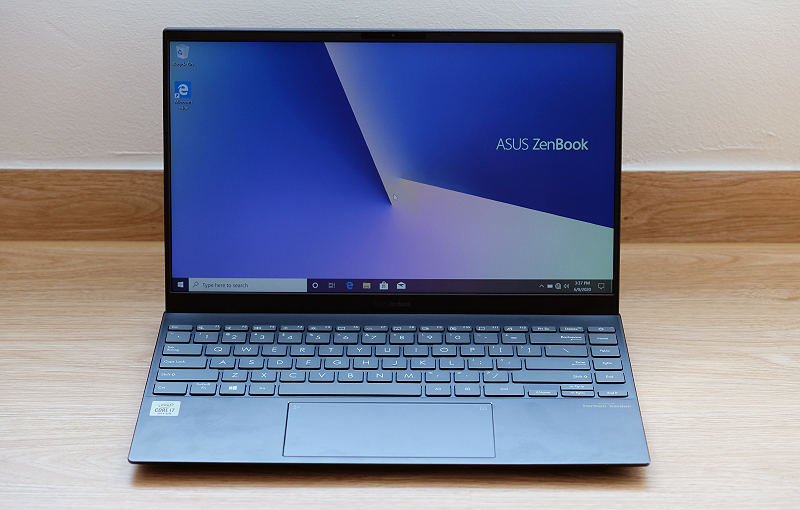 ASUS recently announced a new 14-inch ZenBook called the ZenBook 14 UX425. I know, I’m just as confused as you are, because isn’t there already a compact 14-inch ZenBook called the ZenBook 14 UX434 that I reviewed earlier this year? The two look almost identical to my eyes. Dig deeper, however, and you’ll see that there are subtle but significant differences between the two. 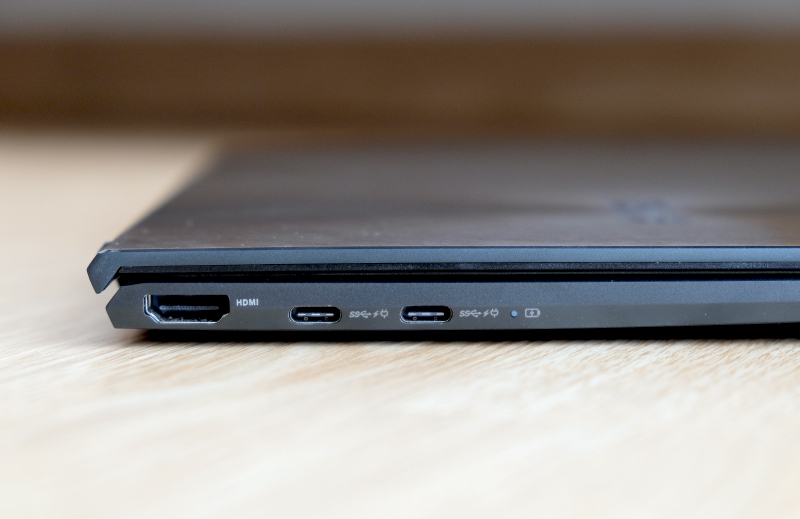 ASUS shaved millimetres and trimmed weight where they could to make it more compact and lighter than the ZenBook UX434. Here’s a table detailing the physical differences between the two.

To achieve such a long battery life, the ZenBook UX425 has drastically different specifications. Two configurations will be offered and they are as follows:

And as a recap, here are the specifications and configurations of the ZenBook 14 UX434:

But most significant of all has to be the lack of discrete graphics. If graphics performance is important, the choice is clear. However, at least for the Core i7 ZenBook UX425, the integrated Intel Iris Plus GPU should provide performance that is good enough for everyday tasks and some light gaming. Let’s see in the benchmarks on the next page. 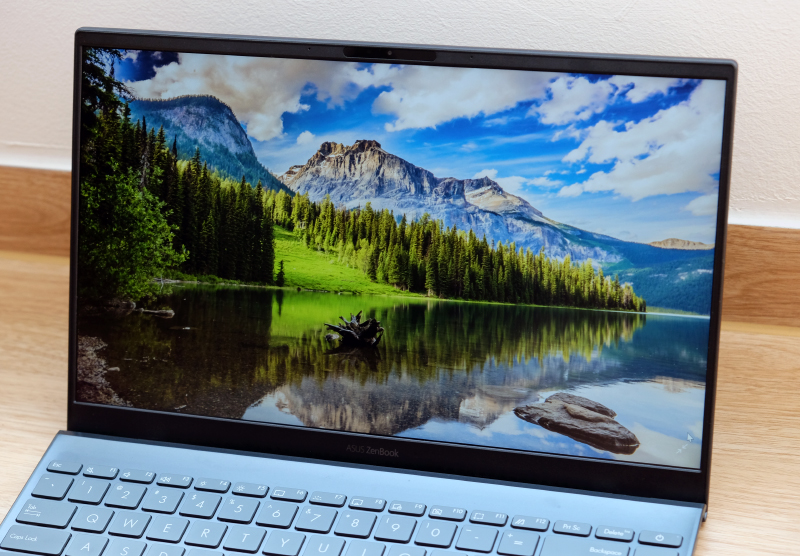 The only tell-tale difference is the colour. The ZenBook UX425 comes in a shade of grey that ASUS calls Pine Grey. Depending on the light, it almost looks black. Certainly, it’s a more subdued and conservative colourway than ZenBook UX434’s Royal Blue. 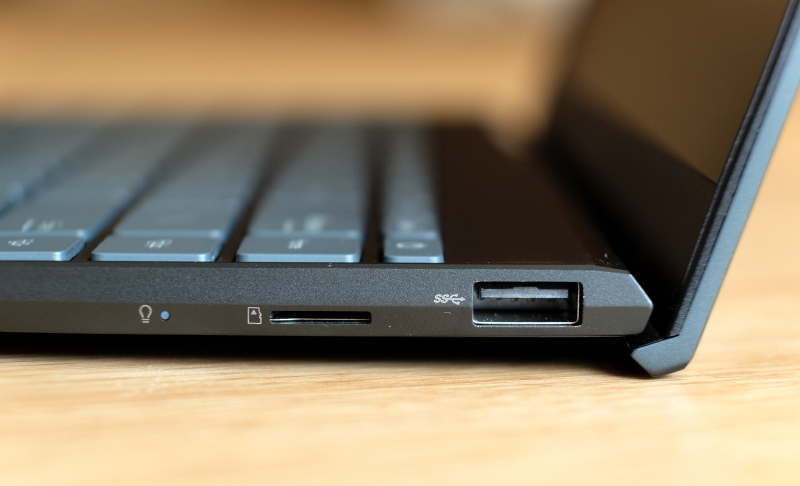 One nice thing about the design of the ZenBook UX425 is the ErgoLift hinge. When you open the notebook, the hinge opens up in a way that it lifts the notebook up at a slight angle. This improves the typing position and also raises the chassis for better cooling.

Features are mostly similar. The ZenBook UX425 also has a 14-inch display Full-HD IPS display with thin bezels. Claimed body-to-screen ratio is 90%. The display itself is decent but it lacks the crispness, vibrancy, and brightness of a true top-tier display. Luckily, despite the thin bezels, the webcam is still located above the screen. Even though it supports Windows Hello, the quality of the image is nothing to shout about.  You’ll want a standalone webcam if image quality is important to you.

Build quality is not quite top-tier but it isn't terrible either. The chassis is made out of aluminium alloy and it feels well put together for the most part. It even meets the stringent MIL-STD-810 standards of ruggedness and durability. It’s only if you apply force to it or if you type with heavy strokes like I do that you notice some flex. Perhaps ASUS decided to do with thinner panels to shave precious grams off the notebook’s overall weight? It’s hard to say without the ZenBook UX434 with me to compare side by side, but it certainly doesn’t feel quite as sturdy as I remembered the ZenBook UX434 to be. 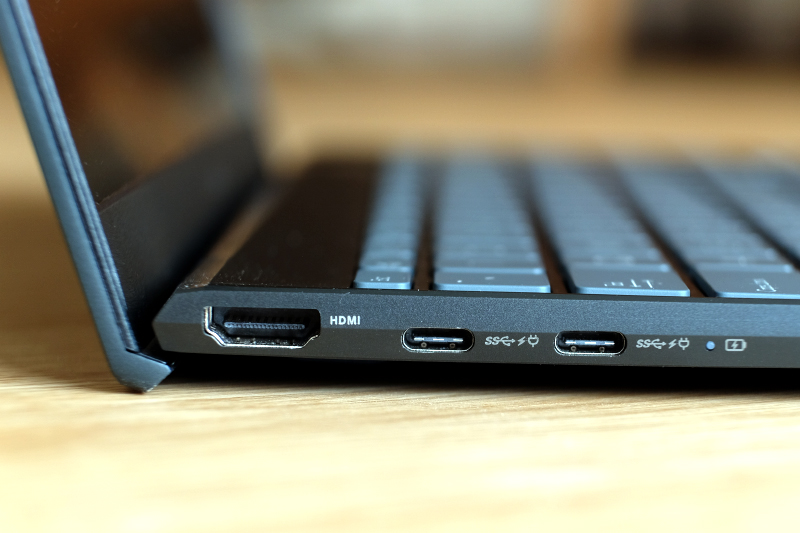 Connectivity has been improved, mostly. There’s support for Wi-Fi 6 and also, finally, USB-C charging and Thunderbolt 3. Here are all the ports that is has:

Considering how thin the ZenBook UX425 is, it’s remarkable that ASUS can cram so many ports including full-size HDMI and USB-A ports.The selection of ports would have been perfect but there’s no 3.5mm audio jack. ASUS says it’s because there isn’t space for one but I’m not sure I believe them. To my eyes, it looks like they could definitely fit one, especially on the right side of the notebook.

You could argue that the proliferation of wireless headphones has made 3.5mm audio jacks redundant, and certainly, a case could be made for that. Especially since many mid to flagship-class phones also don’t have audio jacks. There’s a good chance that most people already have wireless headphones that they can pair and use with the ZenBook UX425.

But it doesn’t change the fact that this discussion could have been very easily avoided if ASUS had just provided a 3.5mm jack in the first place. In fact, I can’t think of any notebook without a 3.5mm jack. Even really really thin notebooks like the Dell XPS 13 (just 11.8mm, mind you) has one. At any rate, and if it’s any consolation, ASUS provides a USB-C to 3.5mm audio jack adapter. 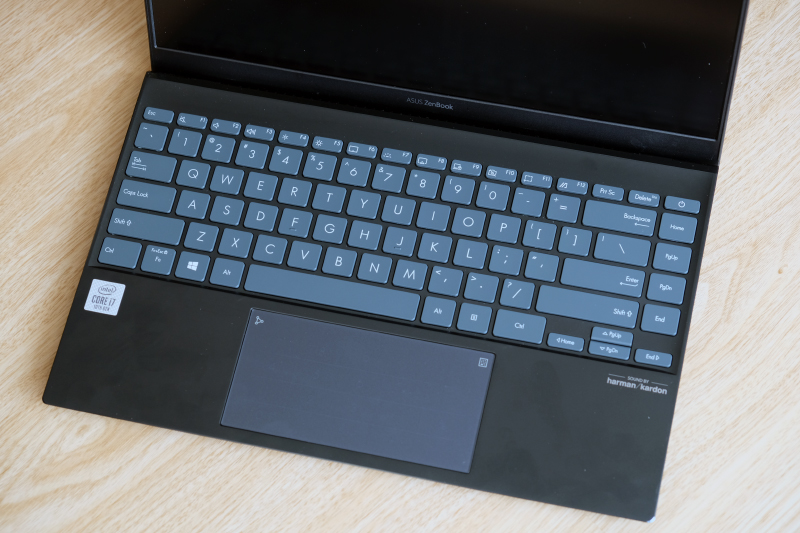 If you like keyboards with long key travel, you’ll like the ZenBook UX425’s keyboard. Despite being so thin, ASUS claims it has a key travel distance of 1.4mm. To my hands, the claims feel accurate. The keys feel like they have substantially more travel than most other notebook keyboards. They also feel well-weighted. It’s a tad too light for my liking but I think it has just about enough tactility for most people.

The layout is also sensible though the extra column on the right for navigational keys will take some getting used to. ASUS has also included some shortcut keys in the function row that I think are quite useful. For example, F9 instantly locks your system for privacy while F10 kills the webcam. F11 launches a screen capturing utility and F12 launches the MyASUS app that gives you an overview of the notebook. 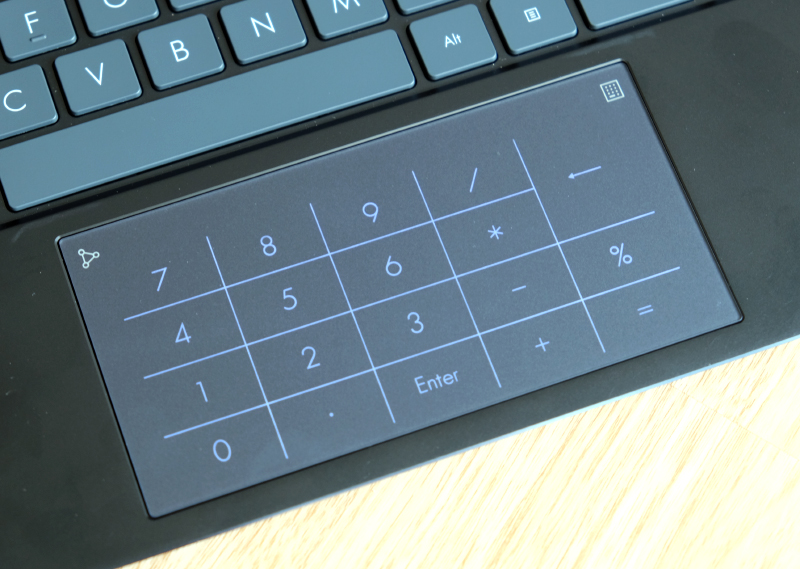 The trackpad is commendable. Measuring 13cm across and 6.5cm from top to bottom, it’s as large as they could have possibly made it. And thanks to a glass top layer and Windows Precision drivers, it’s accurate, fluid, and responsive. It also features ASUS NumberPad 2.0 technology, which enables the trackpad to double up as a number pad. Tap the icon on the top right of the trackpad and a lighted number pad shows up on the trackpad. Another icon on the top left corner toggles between two brightness levels. You can also swipe in any direction from the top left icon to quickly launch the calculator app.

One nifty thing about using the number pad feature on the trackpad is that you can continue using the trackpad normally for navigating. Built-in software recognises your finger actions and is able to tell when you want to use the number pad and when you want to navigate. There were a few instances when it got my intentions mixed up but if I had to give a figure, I would say it works without a hitch about 95% of the time.