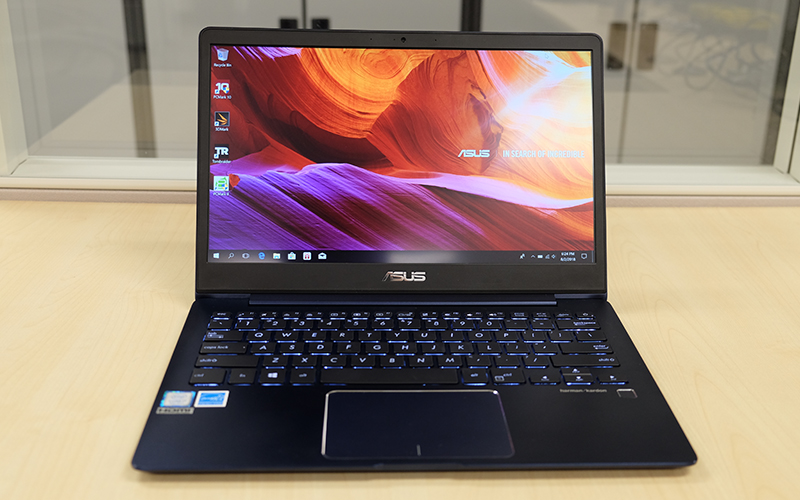 Discrete graphics in a notebook just over 1kg?

ASUS’ ZenBook series is better known for its range of sleek and ultraportable notebooks. The ZenBook 3 Deluxe was a solid ultrabook contender, but it still lacked the processing heft of a discrete GPU to tackle the occasional gaming interest.

On the other hand, while the ZenBook Pro made up for that with an NVIDIA GeForce GTX 1050 Ti, it was still a 15.6-inch laptop that couldn’t quite compete with smaller 13.3-inch models in terms of portability.

However, that’s where the ZenBook 13 UX331U surprises. It is a 13.3-inch notebook with a discrete GPU, defying conventional expectations for this class of laptops. It’s not the first to offer this, but what makes it impressive is how thin and light it is.

The UX331U weighs a mere 1.12kg and measures 13.9mm thick, which makes it one of the thinnest and lightest notebooks you can get with discrete graphics. Don’t get too excited yet though, because the GPU is a more modest NVIDIA GeForce MX150 and not a beefier GeForce GTX 1050 Ti.

That said, this does provide a decent performance boost, and it’s still more powerful than your average ultrabook with integrated graphics.

Before I dive into the specifics, here’s an overview of its hardware:

The above configuration will cost you S$1,998, which is a very competitive price for the latest Core i7 processor, a 512GB SSD, and a discrete GPU.

It looks super promising, so let’s take a closer look to see whether it holds up in practice.

Write a Review
Compare This | Specifications
Great value for money
Decent screen and speakers
Discrete GPU in a thin and light package
Laptop lid is a fingerprint magnet
No Thunderbolt 3 port
Our articles may contain affiliate links. If you buy through these links, we may earn a small commission.
Sponsored Links