ASUS VS239H-P LED Monitor - IPS Goodness for You and Me

Not Just for the Professionals

For the past year, we’ve seen an influx of IPS-based LCD monitors in the market. The maturity of the technology has pushed prices down enough that many of these monitors are no longer marketed just for the professionals. The ASUS VS239H-P is one such example. The IPS panel aside, this 23-inch LED-backlit screen offers HDMI, DVI-D, and D-Sub interfaces, a full HD 1920x1080 resolution, a brightness rating of 250cd/m2, a gray-to-gray response time of 5ms, and a high 50,000,000:1 dynamic contrast ratio. All these for just S$269.

On paper, ASUS seems to have scored a home run with the VS239H-P. But the more important question is how it performs in real life. And that's what we're about to find out. 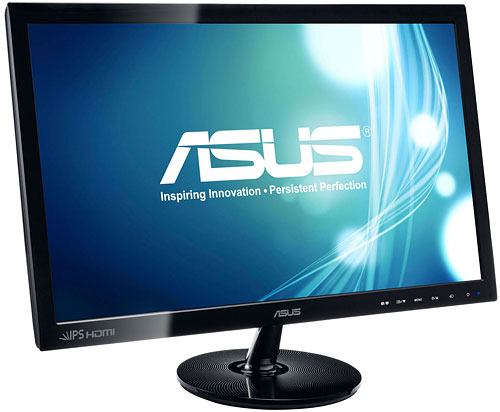 As with most monitors we’ve come across, the VS239H-P comes in an all-black color scheme. Like the bezels, the circular base (20cm diameter) is encased in glossy plastic, and can be prone to fingerprints. So we think it’s a good idea to peel away the protective tapes only after you’ve finished setting up the display. While the base comes detached from the monitor out of the box, there's no need to scramble for a screwdriver - we were able to tighten the screw underneath the base by hand easily.

While you can tilt the screen forward and backward (-5 to 20°), the stand doesn't offer any height adjustment. Expectedly, you can neither swivel nor pivot the screen. In fact, there aren't many 23-inch monitors at this price range that offer a fully articulating stand. The most recent monitor we've come across that offers a stand with such dexterity is the ViewSonic VP2365-LED. But it'd set you back S$429.

For those interested, the distance from the bottom of the frame to the tabletop is 7cm. The left and right bezels are fairly thin at 1.8cm, but the bottom bezel comes in slightly thicker at 2.2cm. 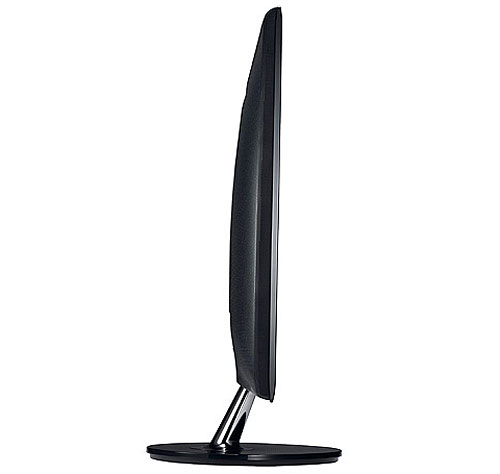 Apart from the video connections listed earlier, the back of the monitor also sees an audio-out port. This is how you get the audio to pass through the monitor when using an HDMI connection to your headphones or speakers. 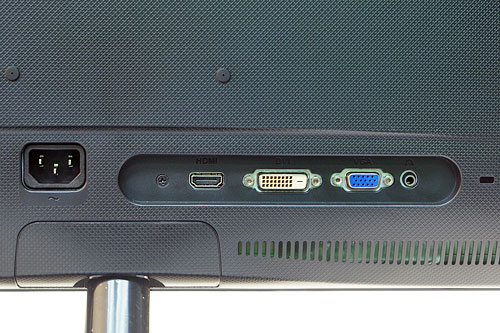 Write a Review
Compare This | Specifications
HDMI input with HDCP support
Good pixel responsiveness; overdrive level adjustable in the menu
Good color accuracy out of the box
Very competitively priced for an IPS monitor
Very limited ergonomic adjustments
Inaccurate sRGB mode
Dynamic contrast not particularly useful in real-life tasks
Our articles may contain affiliate links. If you buy through these links, we may earn a small commission.
Sponsored Links