The VivoBook S15 might be a 15-inch notebook but its innards (as you'd see below) isn't all that different from ultraportable notebooks like ASUS' own ZenBook UX434 or even the Dell XPS 13 2-in-1 and HP Spectre x360. I'm expecting performance to be very comparable. But what's really interesting is how it'll fare in our battery life tests with its larger 15-inch display.

General computing performance was quite good despite the VivoBook S15 having only half the memory as the other notebooks. Its scores on PCMark 10 were easily the highest and its Cinebench scores were commendable too. Perhaps this is because its larger 15-inch chassis could better dissipate heat and allow its processor to run faster for longer.

This was true in graphics benchmarks too. The VivoBook S15 recorded the highest 3DMark scores and its numbers on Tomb Raiders were a tie for first place with the Huawei MateBook 13. Overall, the VivoBook S15 is an excellent performer. 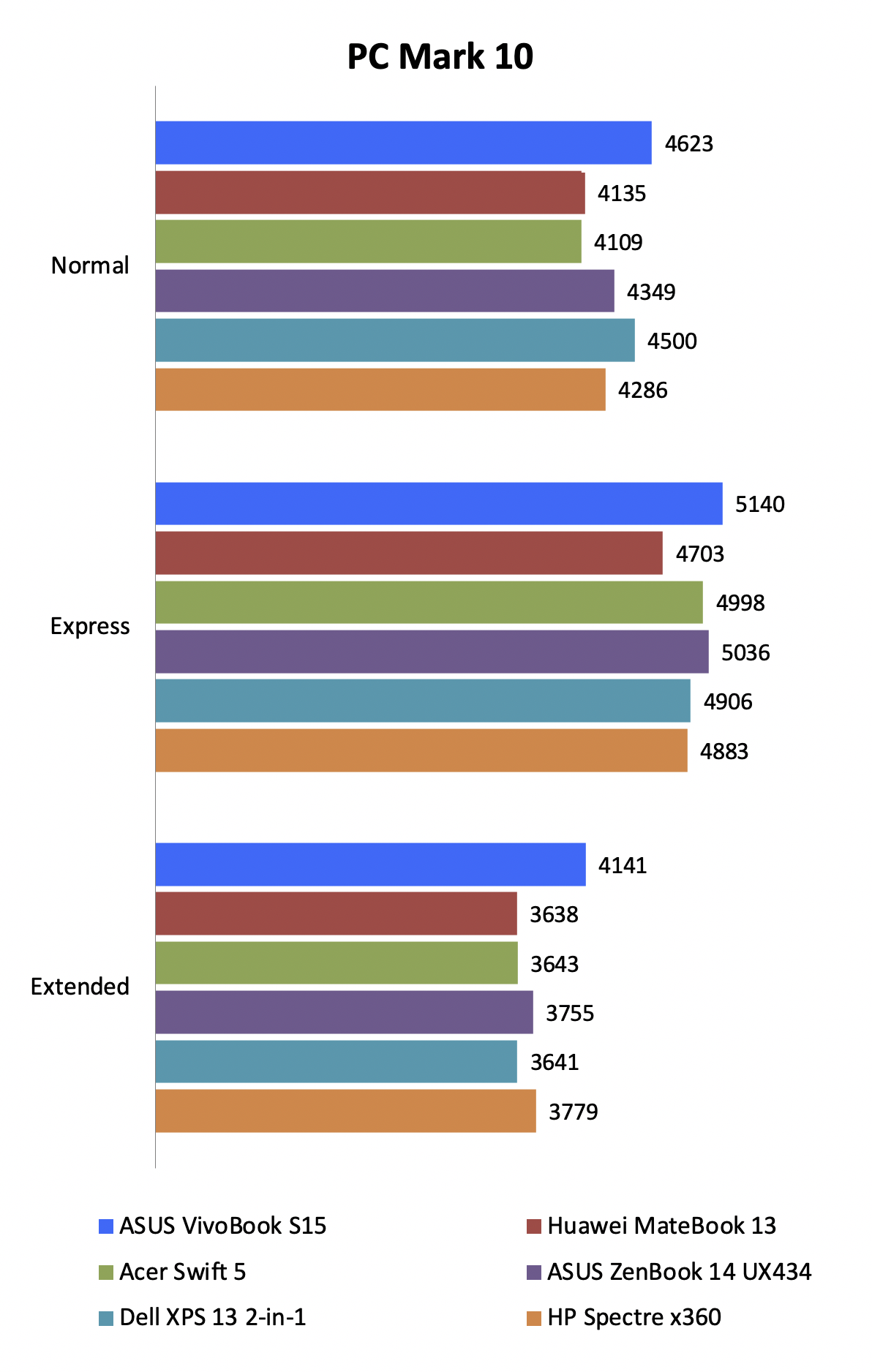 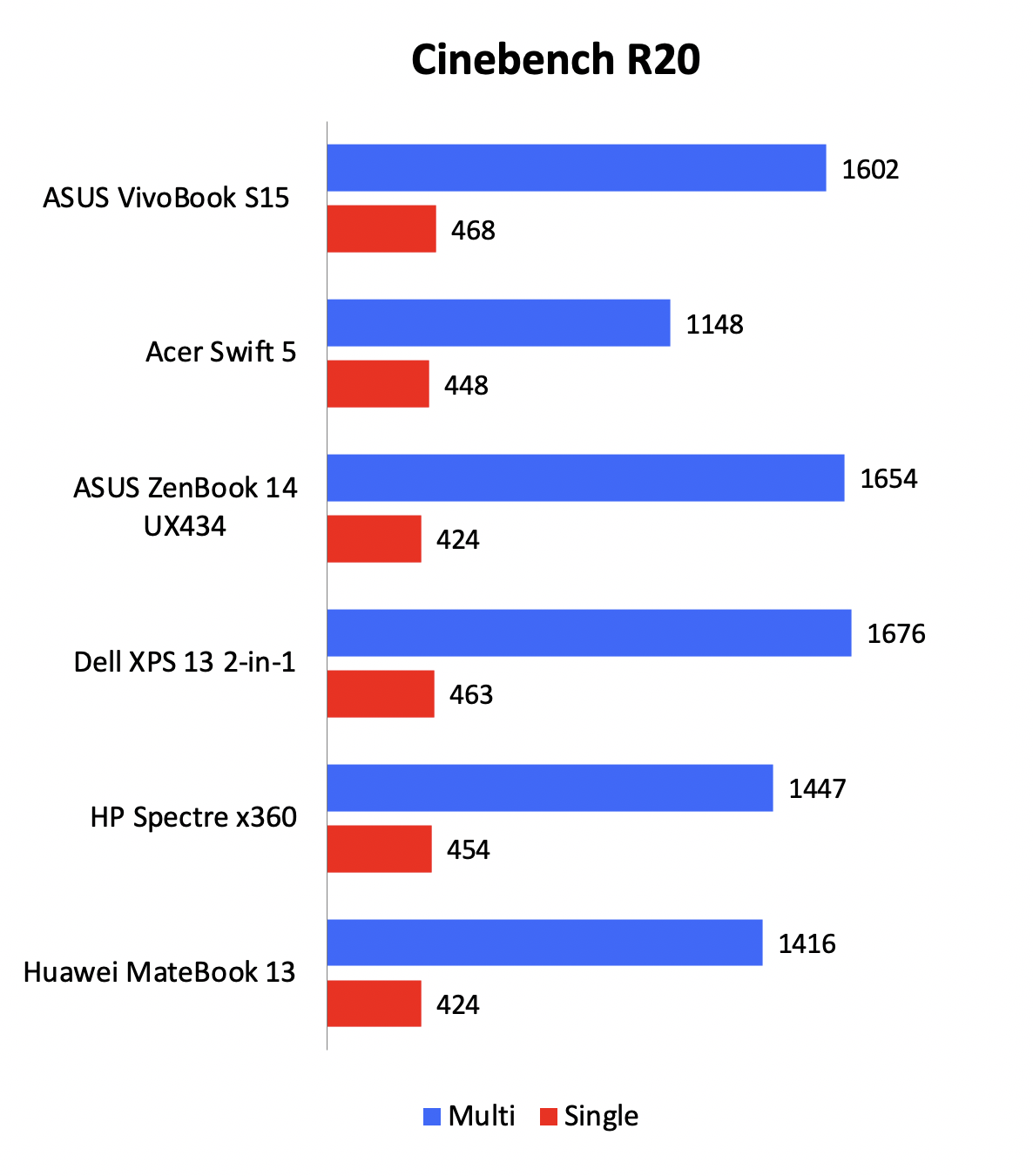 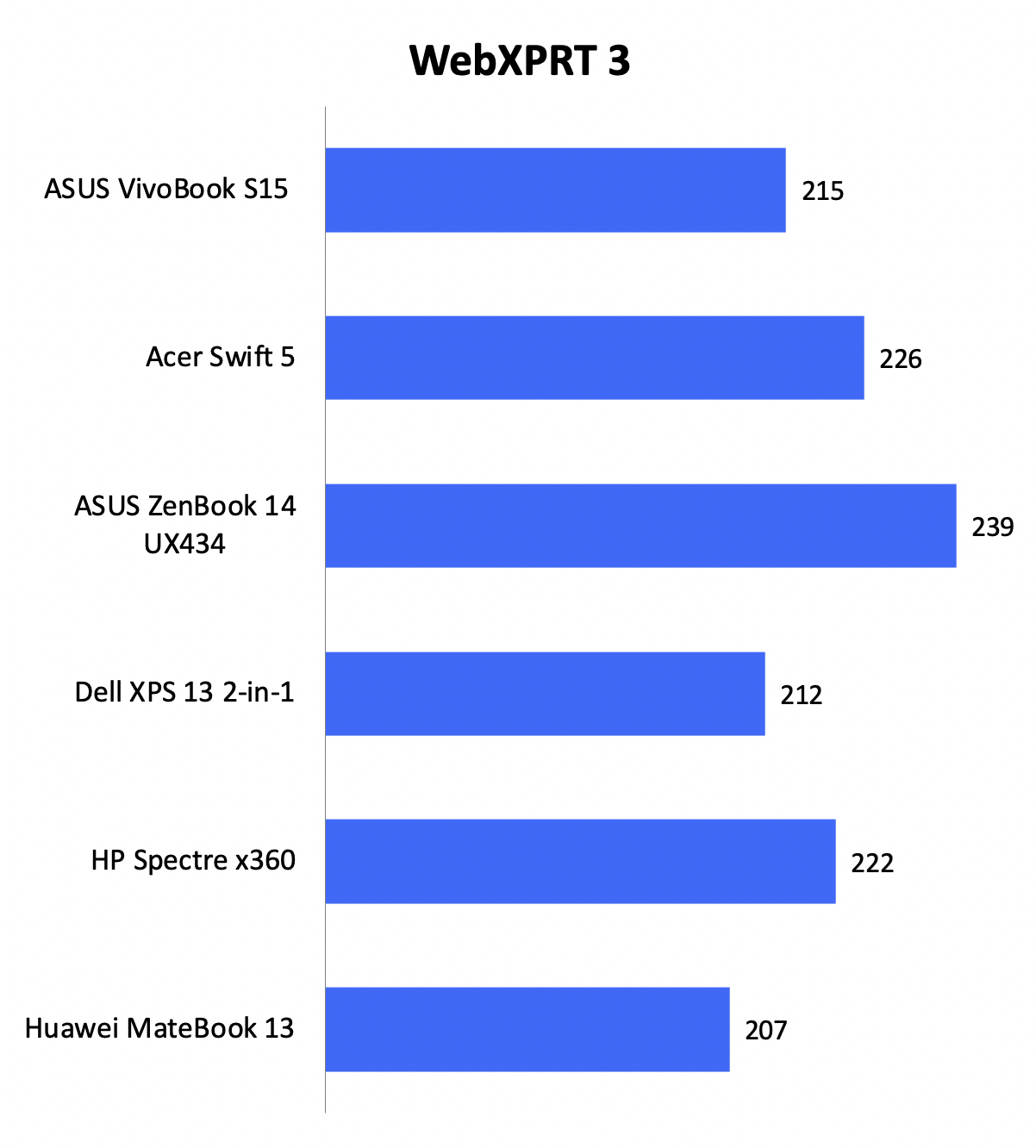 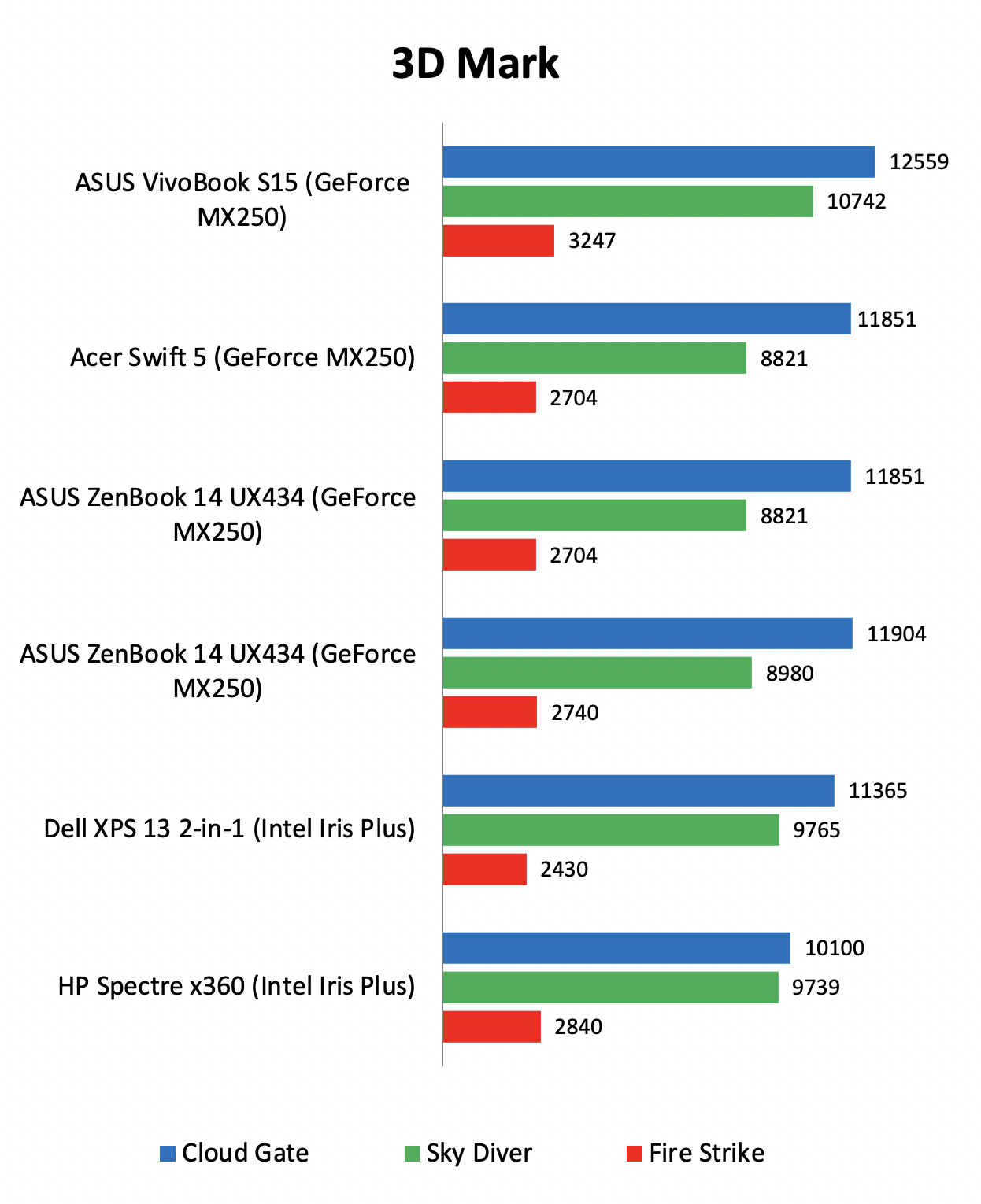 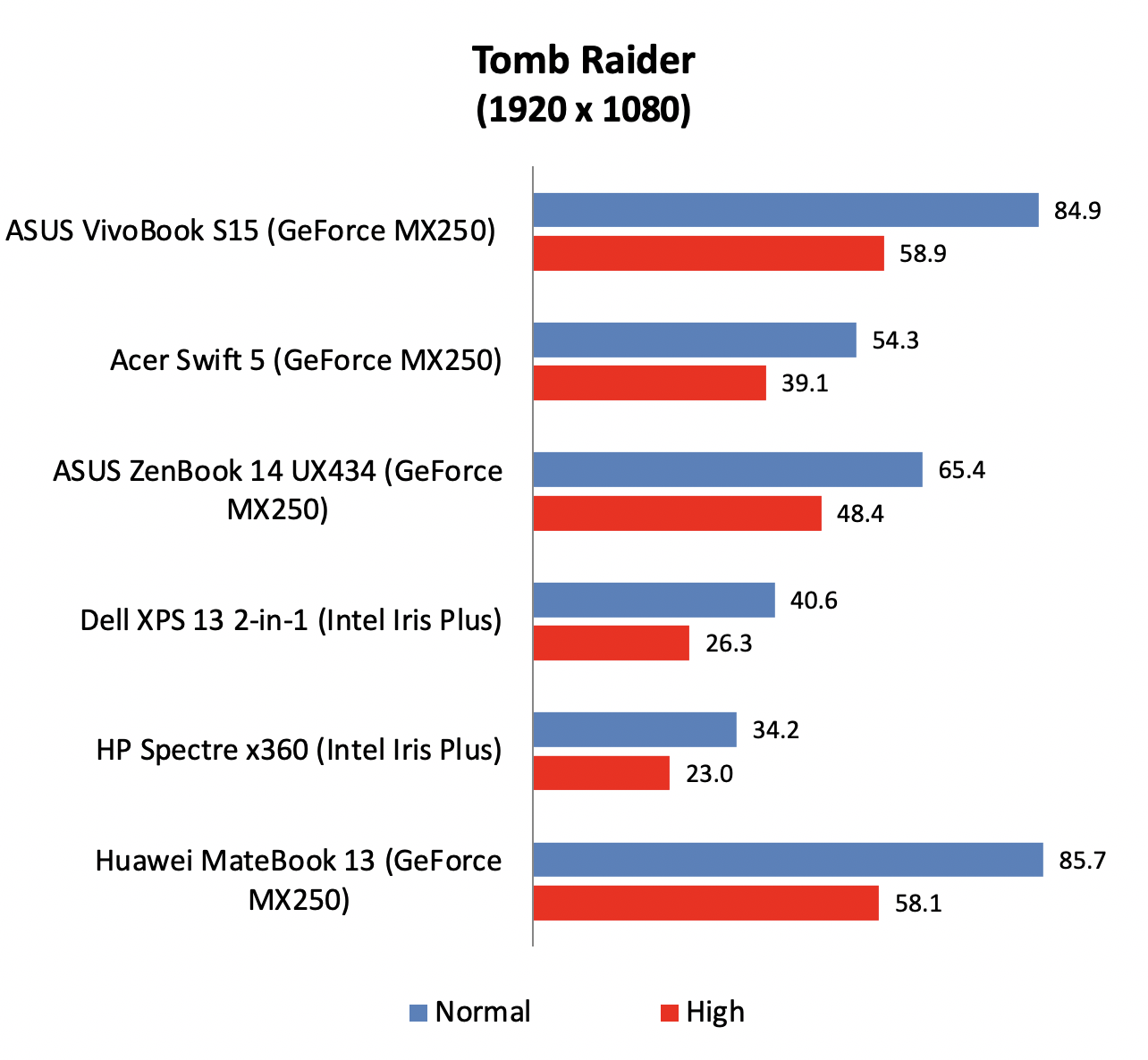 Battery life was outstanding for a 15-inch notebook. Despite the larger display, it lasted nearly six hours in the Modern Office workload, beating ASUS’ own ZenBook 14 UX434 and even the Acer Swift 5 and Dell XPS 13 2-in-1. This is even more impressive when you consider the VivoBook S15 only has a 50Wh capacity battery. However, when it came to the Gaming workload, the VivoBook S15 could only muster 58 minutes, which was considerably shorter than the only notebooks. However, this poor performance can be explained by the fact that it was much faster than the other notebooks – as evidenced by its higher 3DMark scores.

The VivoBook S15 was never going to be competitive when it came to the Portability Index mainly because it has a much larger chassis. But it’s worth noting that its scores are quite remarkable for a 15-inch notebook. Practically speaking and all things considered, the VivoBook S15 should be considered as a highly portable notebook. At 16.1mm, it is relatively thin. And any 15-inch notebook weighing less than 2kg is a praiseworthy feat, even more so if it can run for nearly 6 hours at full display brightness. 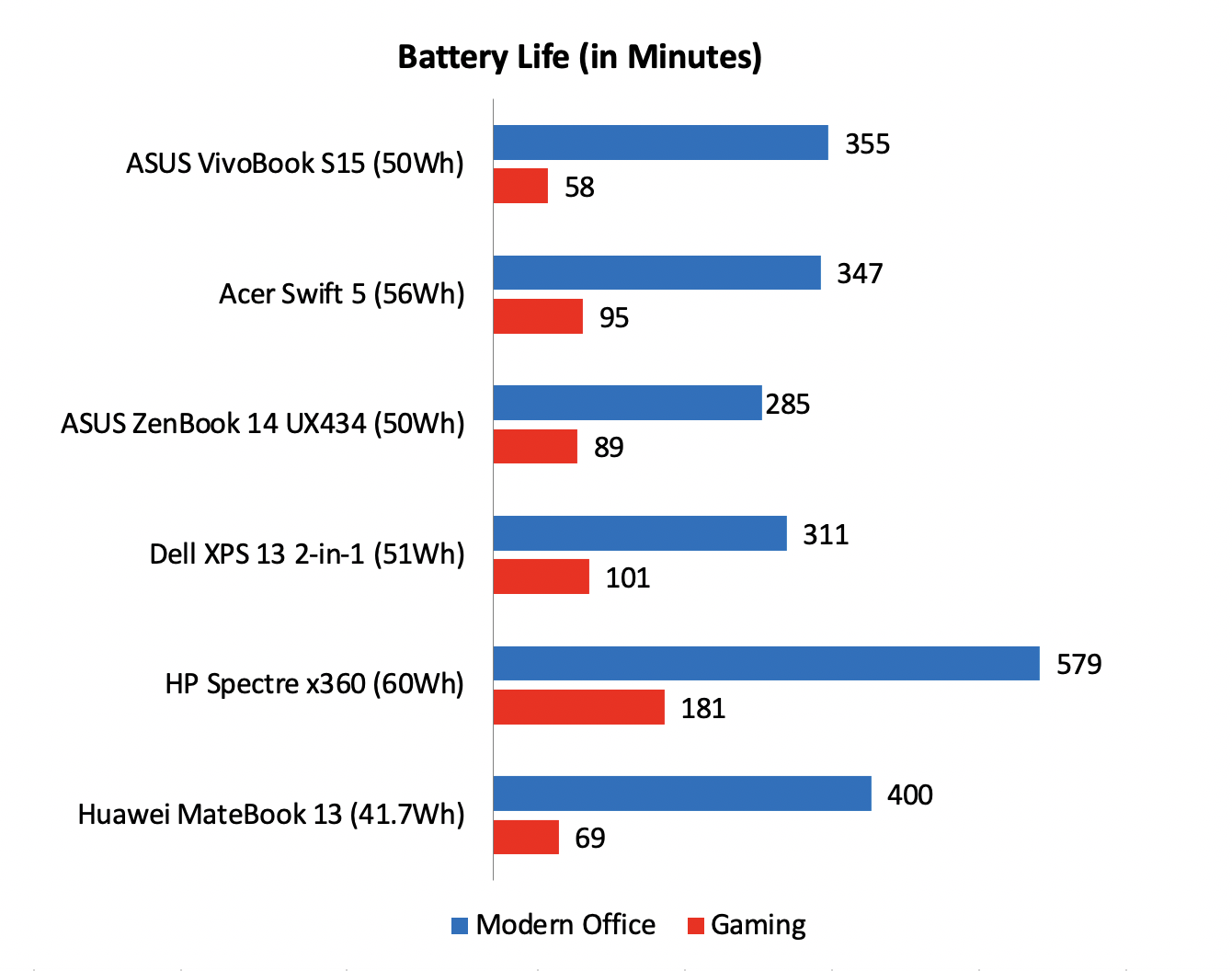 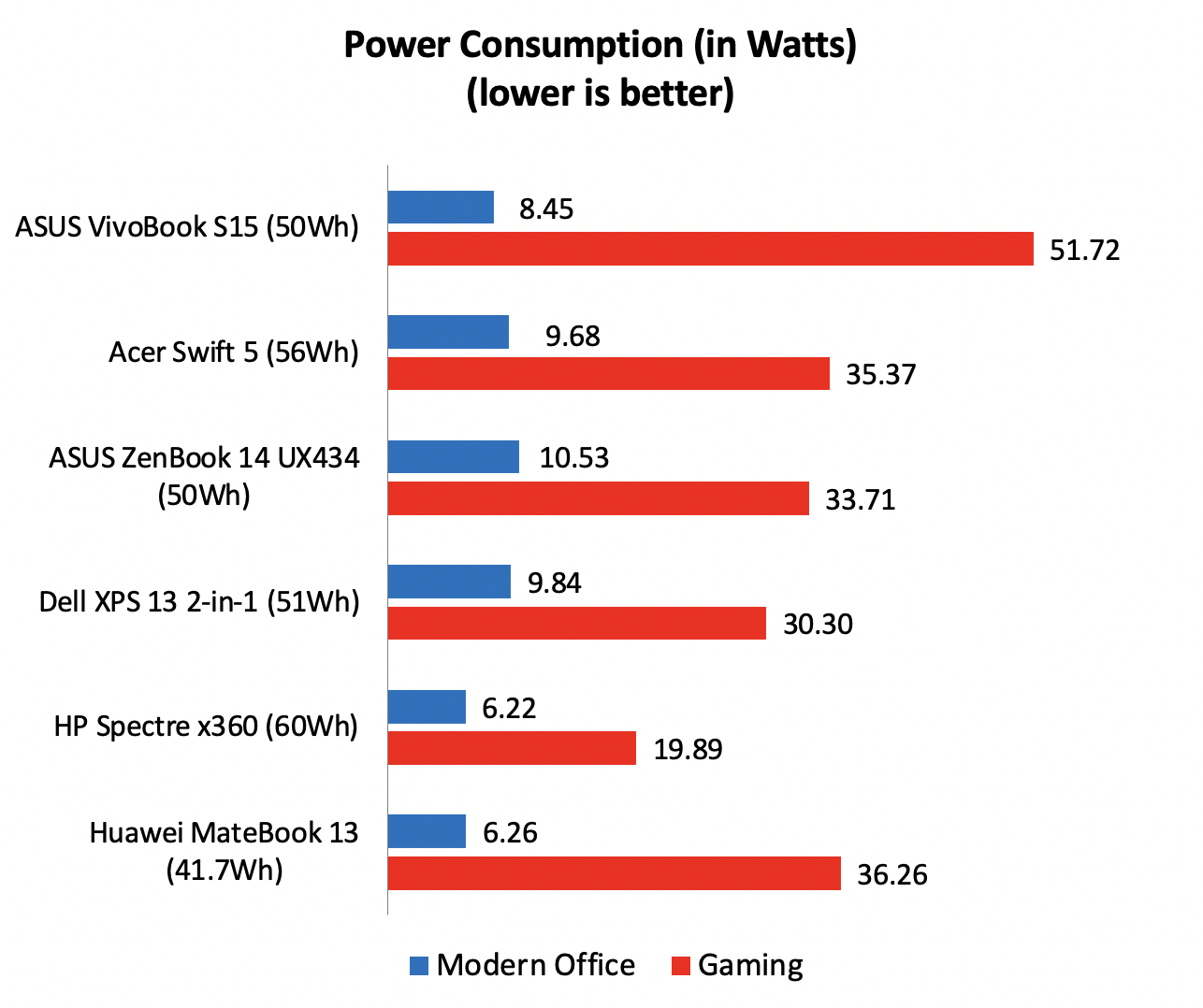 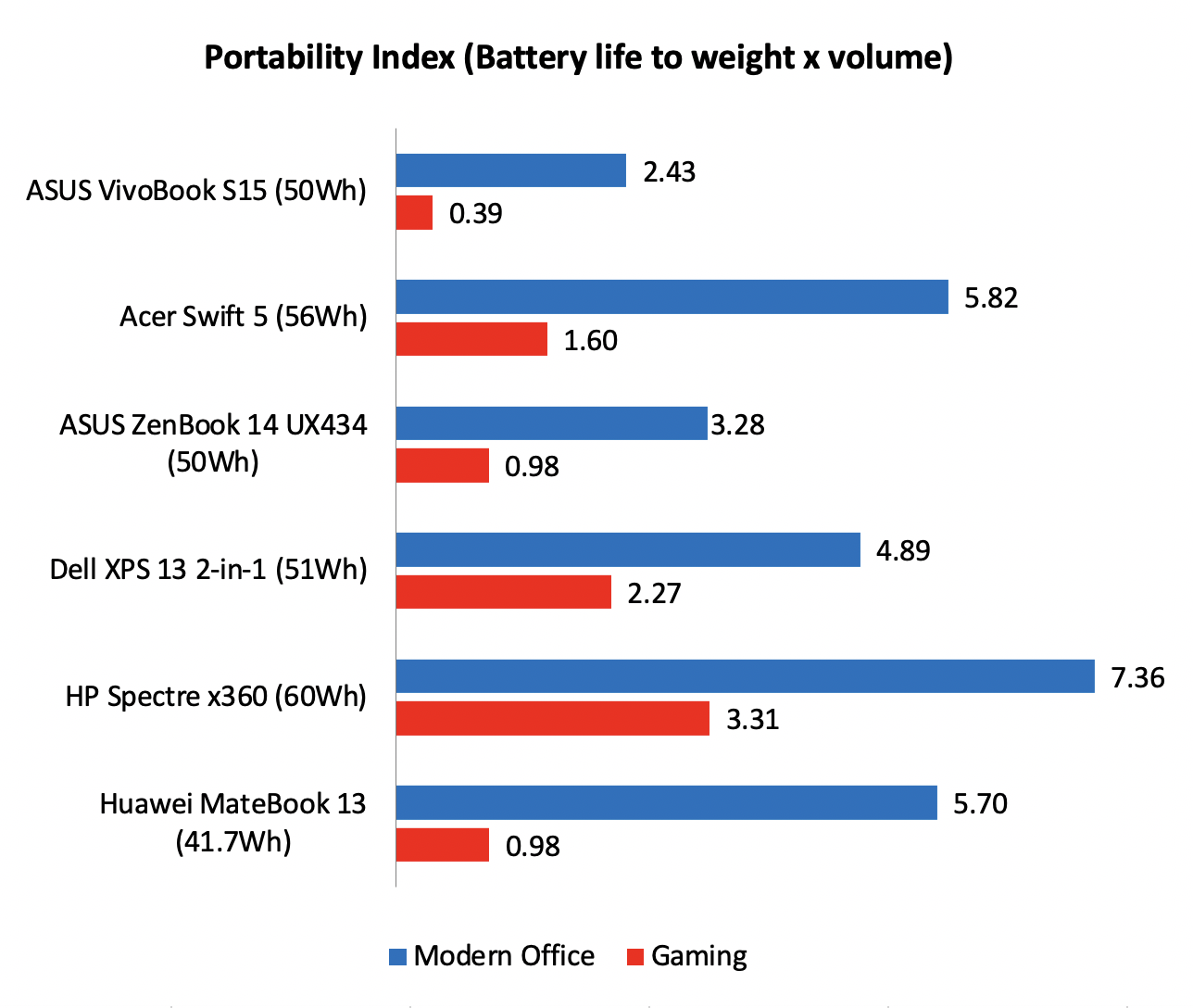 For the love of big screens

The VivoBook S15 addresses the needs of users who want a portable notebook with a large display but do not necessarily want to shell out the big bucks for one of those ultra-slim and powerful gaming notebooks (think Blade 15 or Prestige 15). Essentially, it’s a notebook that delivers ultraportable-class performance with a larger 15-inch display. Some people prefer big displays, and there's nothing wrong with that. 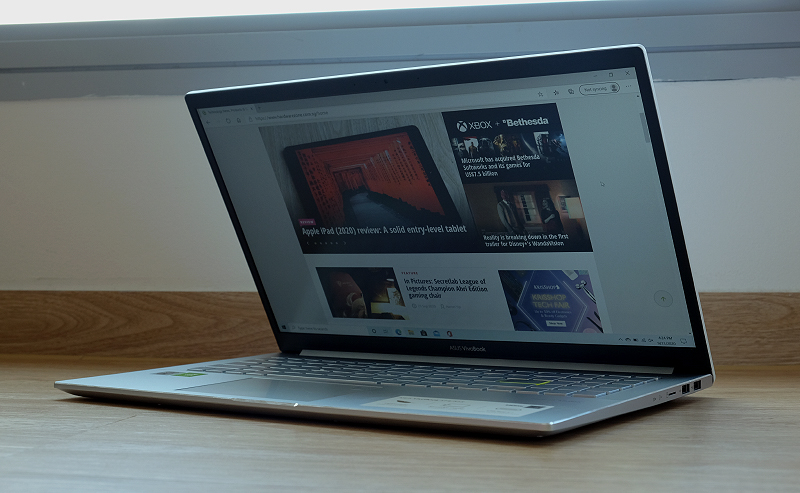 Overall performance is pretty good, and battery life is remarkable for such a large notebook. Furthermore, despite the larger display, it isn’t too thick or heavy to carry around. But a few things prevent the VivoBook S15 from getting a higher score. Some of the most important keys on the keyboard are squashed, the trackpad is too small for a notebook of this size, and it doesn’t support USB-C charging. They aren’t necessarily dealbreakers but they are certainly annoying enough for me to mention them again here.

The upside to this is that the VivoBook S15 is sensibly priced. At S$1,498, it isn’t too much more than a comparable 14-inch VivoBook. But I won’t call it a steal either because you can get similarly spec’d and similarly priced 15-inch notebooks from rivals like Acer.

On the whole, this is a competent entry-level 15-inch notebook that will tick a lot of boxes for most people. It’s by no means perfect and it has its flaws, but it gets quite a lot of the fundamentals right and buying one won’t feel like you’ve made too much of a compromise.