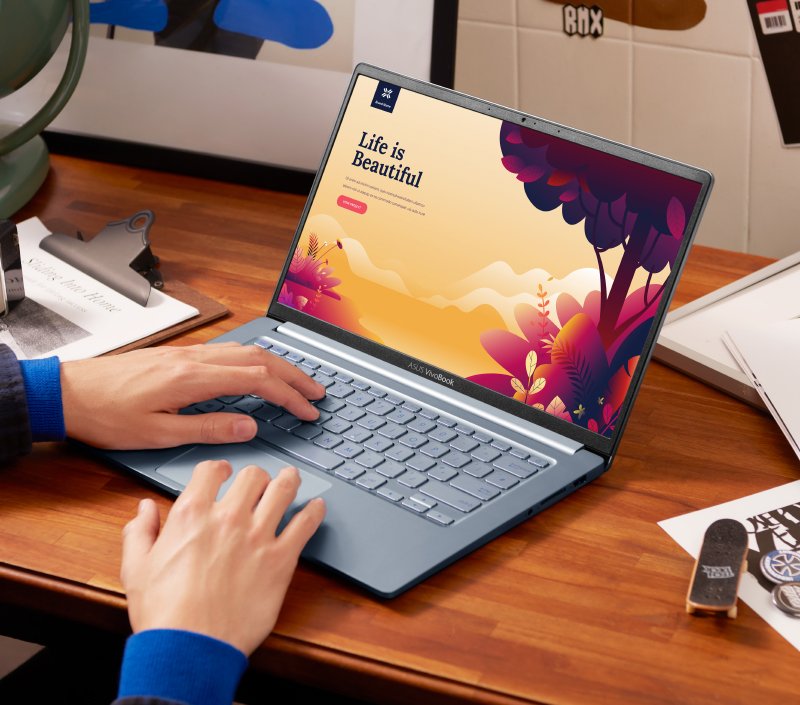 What’s this new VivoBook all about?

It’s the VivoBook S14 Z403 from ASUS. It’s one of ASUS’ newest 14-inch notebooks and it has one neat feature: 24 hours of claimed battery life.

How is that possible? 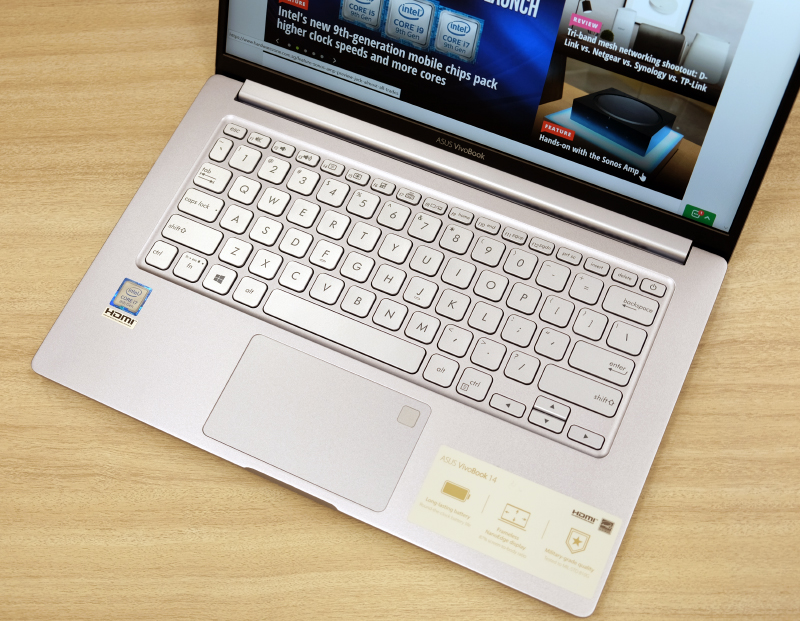 It’s achieved using a combination of an efficient processor and a large battery. The processor in question is the Whiskey Lake-based Intel Core i7-8565U and the battery has a capacity of 72Wh.

That’s a really good question. 72Wh is a lot of battery for a 14-inch notebook. To give you a better idea, here is how the VivoBook S14 stacks up against some other popular 13- and 14-inch notebooks. Only the LG gram 14 has a battery that's as large.

That’s a lot of charge, but what about the rest of the notebook? 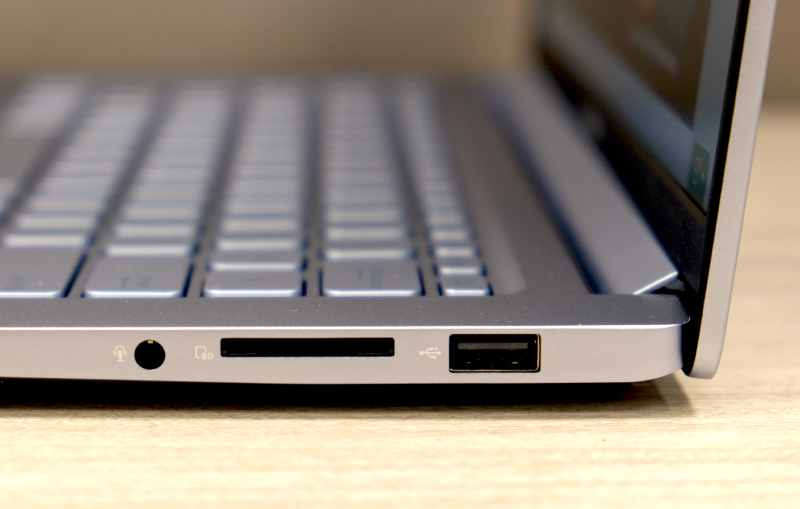 The VivoBook S14 is fairly thin and light. It weighs 1.35kg and measures 16.5mm thick. Its bezels are also fairly thin so it has a relatively compact footprint.

As for specifications, it compares well to its rivals in its class. Here they are:

The only downer is that the SSD is of the slower PCIe 3.0 x2 variety. But I doubt most people will notice in the real world since theoretical maximum transfer rates is still a very respectable 2GB/s. 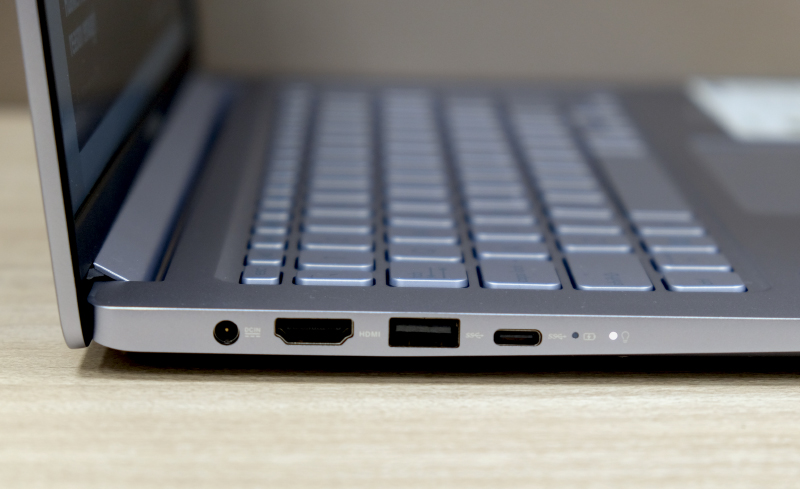 A good selection of ports can be found on this notebook. You have the following:

The good news — for photographers especially — is that the VivoBook S14 has a full-size SD card reader. The not-so-great news is that Thunderbolt 3 support is missing but this is kind of expected from a notebook in this price category. Also, the USB-C port doesn’t support charging, so you’ll need the charger that comes with the notebook even if you have universal USB-C charger.

Enough said, so how is its battery life?

Before discussing the results, it’s important to reiterate our battery testing methodology. We run PCMark 8’s Home scenario using the battery test option. It cycles through a mix of workloads including web browsing, productivity applications, video conferencing, and light gaming — it’s a fairly intensive workload. Furthermore, we do so with brightness set to 50% and Wi-Fi enabled, so don’t expect figures that are anywhere close to the manufacturer’s claims. No notebook we tested ever came close to their claimed battery life.

With that out of the way, the VivoBook S14 managed a respectable battery life of five and a half hours — that's 330 minutes. It’s quite a long way off from the LG gram 14 but over an hour more than all of the other notebooks. Looking at the power consumption figures, we can see that the gram’s is much lower. 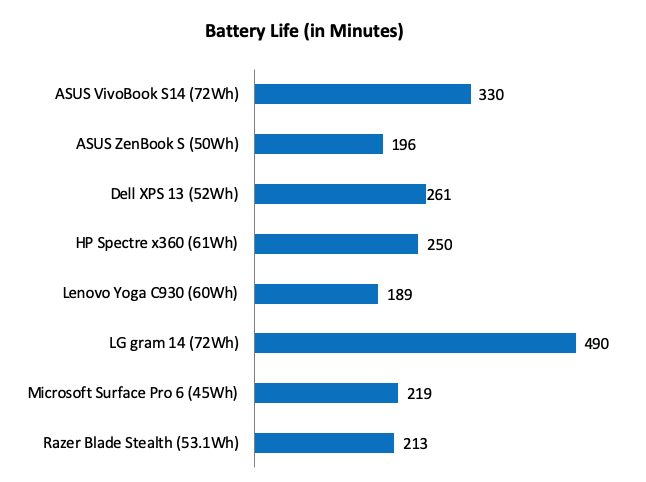 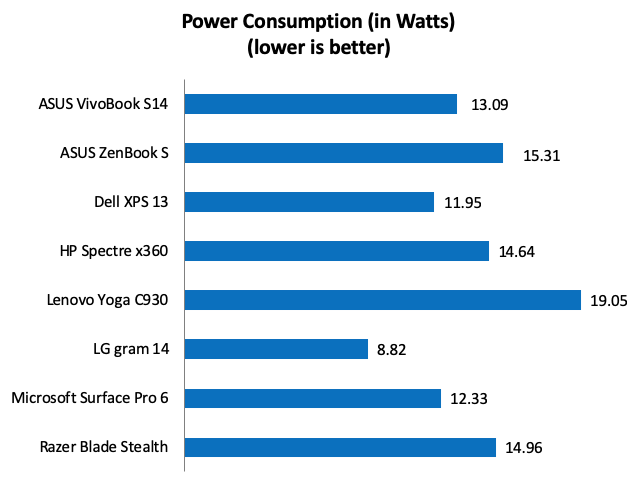 Finally, due to its greater thickness, the VivoBook S14’s portability index score places it in the middle of the pack. 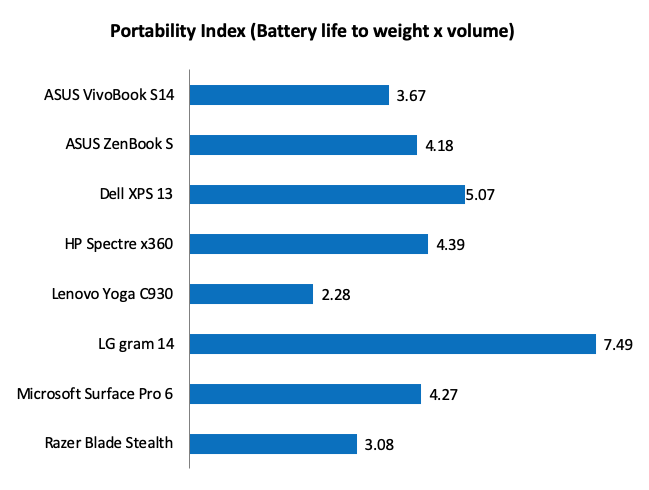 How does it perform on PCMark 10's new battery life benchmark?

Right, so PCMark 10 just announced that it's popular benchmarking utility will now have dedicated battery tests. These tests were designed to mimic real-world usage. There are a couple of scenarios but we are running three of them and they are:

The tests were done with the screen running at 100% brightness and with Wi-Fi enabled.

We'll elaborate more in a future article on this new benchmark, but for now, here are the VivoBook's results. Its numbers are decent, but its long battery life is really a result of having a large battery rather than power optimizations since the two notebook's power consumption figures are quite similar. 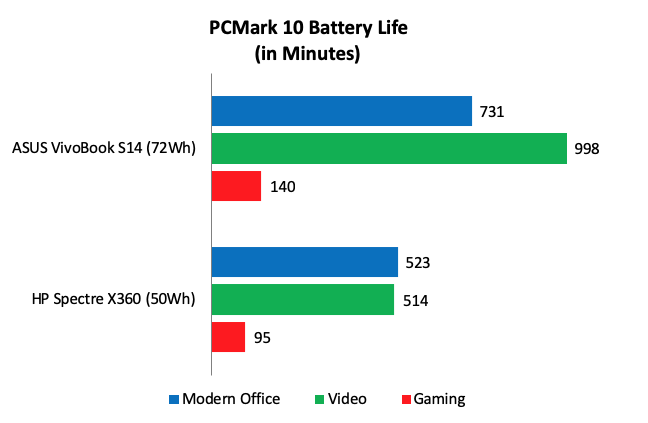 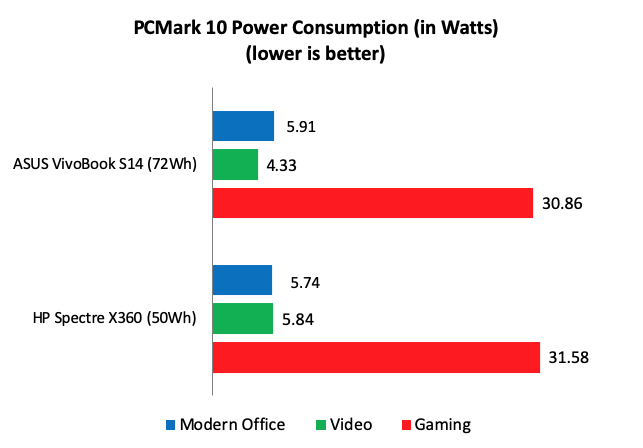 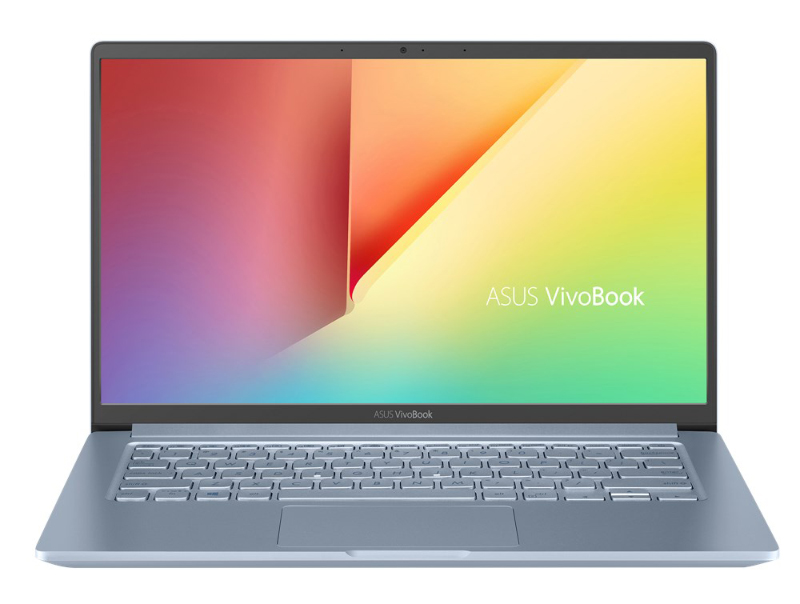 To be clear, 5.5 hours in our battery life test (in PCMark 8) is a pretty good result but the presence of the gram 14, which lasted over 8 hours, puts a downer on things. Still, it’s a good showing from the VivoBook S14 and its battery life is still comfortably longer than most other notebooks in its class, and that's no mean feat.

So in closing, if you are looking for an ultraportable that is attractively priced, with decent specifications, and most importantly, a long battery life, the VivoBook S14 is a good place to start your search.