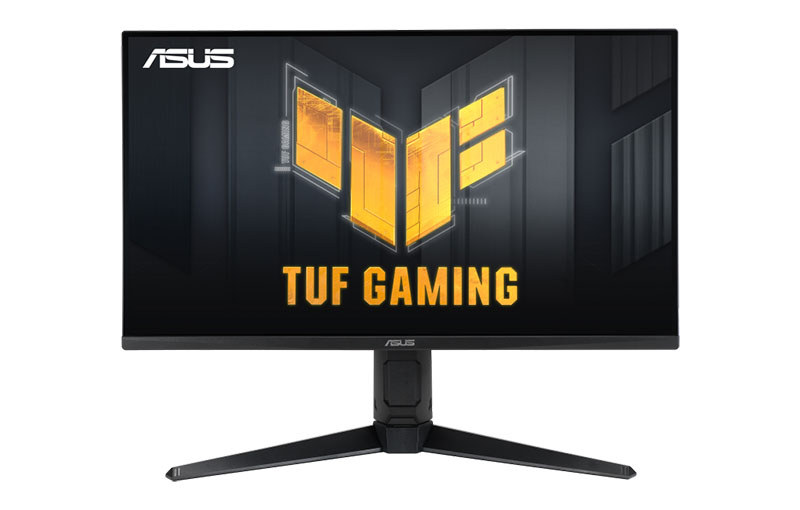 The ASUS TUF Gaming VG28UQL1A is one of the most well-rounded gaming monitors on the market today, although it may not look it at first.

Its design doesn't scream gamer like so many others do at first glance, and it is in fact rather plain with none of the usual RGB lighting and drab black-grey plastic all around. That said, it is packing plenty of hard-hitting features.

Chief among them is its crisp 3,840 x 2,160-pixel resolution and 144Hz refresh rate. The two don't often go hand-in-hand, but when they do, you get a combination of gorgeous visuals and the buttery-smooth experience necessary to handle everything from expansive open-world titles to fast-paced shooters. 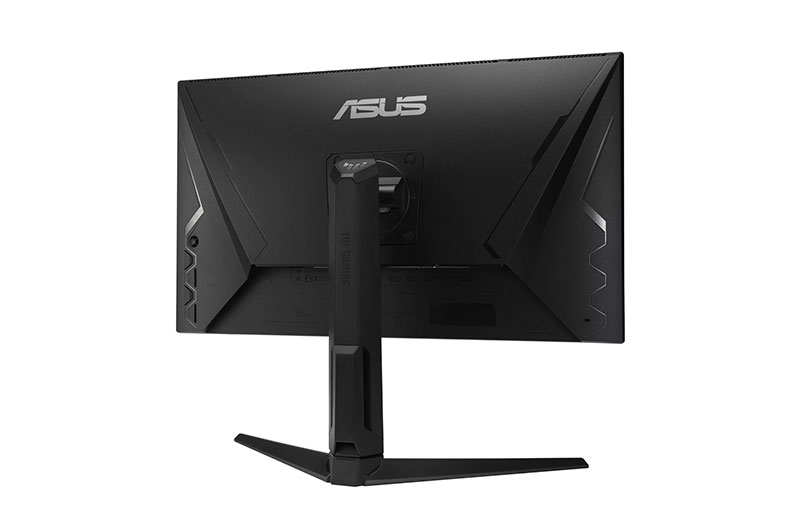 The monitor is also NVIDIA G-Sync compatible, which means that issues like screen tearing and stuttering should be in your rearview mirror.

However, because the 4K resolution is also crammed into a relatively compact 28-inch screen, this means that text in applications can appear rather small without some adjustments.

The HDMI 2.1 connectivity is also nice. While HDMI 2.1 is no longer considered a rarity today, it is still a feature found mostly on monitors that are a lot pricier.

Display connectivity is actually one of the monitor's strongest suits. With two HDMI 2.1, two HDMI 2.0, and one DisplayPort 1.4 port, the VG28UQL1A can connect to your PC and also consoles like the Xbox Series X or PlayStation 5 all at once.

To the naked eye, images and colors produced by the IPS panel appeared vivid, from the golden hues of sunset to the purple and blue glow of urban metropolises at night.

The monitor also gets more than bright enough, so you should have little trouble unless you're sitting in direct sunlight. Contrast is excellent too, with a 1,000:1 contrast ratio.

We calibrated and tested the monitor using Datacolor's SpyderX Elite colorimeter. It covers 98% of the sRGB colour space and 86% of DCI-P3 – not too shabby, but not amazing either. Those of you looking to do professional editing work will likely be better off with a monitor more tailor-made for that purpose, although the ASUS screen can hardly be considered poor. 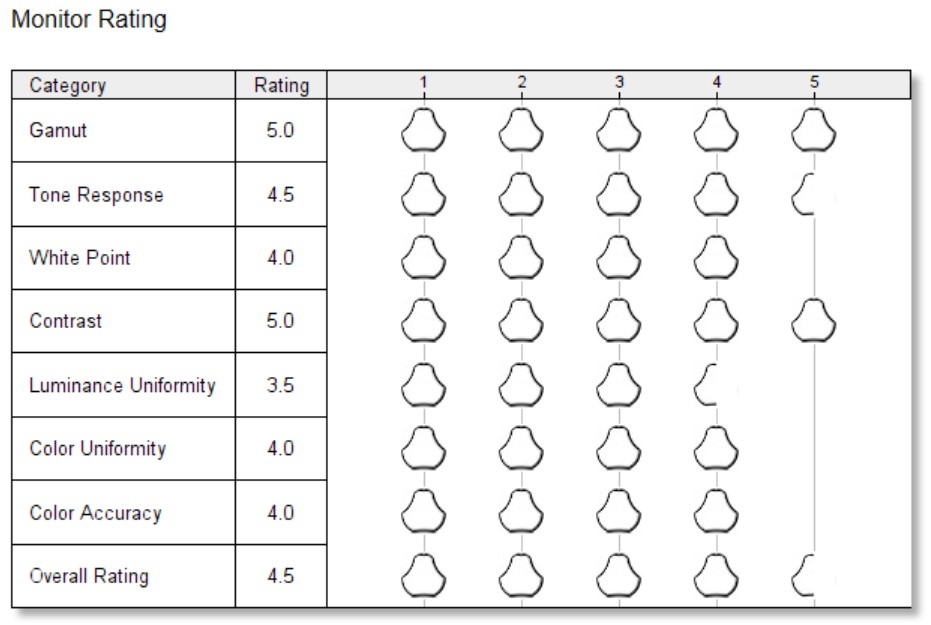 The VG28UQL1A scores well on most measures in the SpyderX Elite's display analysis, but one of its weaker points is luminance uniformity. On my review unit, there was up to a 9% difference between certain segments of the panel, although it wasn't an issue that was too noticeable in day-to-day use.

The OSD menu is easy to navigate using the joystick control on the right. There is a Gaming tab that houses all the features dedicated to gaming, such as Variable Overdrive, Adaptive Sync, ELMB Sync, GamePlus, GameVisual, and Shadow Boost. 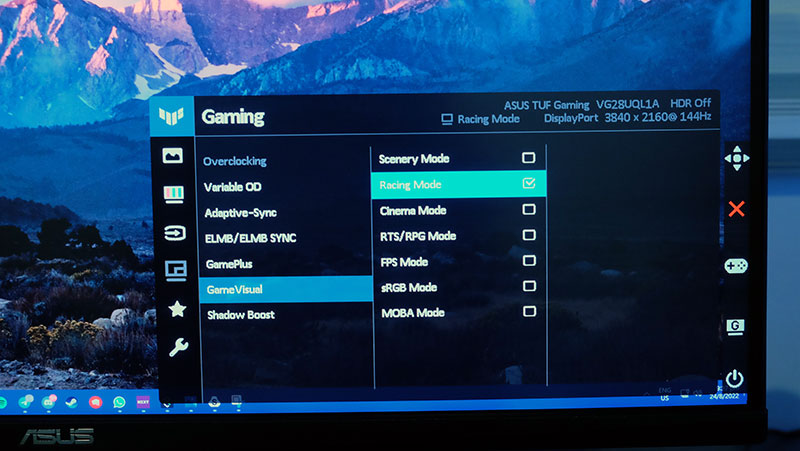 There are six different levels of Variable Overdrive, ranging from zero to level five. With OD settings, it's always about finding the best compromise between minimising ghosting and pixel overshoot or other artifacts. The default level three setting appeared to provide the optimal middle ground, with only a very slight trail following the alien in Blur Buster's UFO ghosting test.

The 144Hz refresh rate provided smooth visuals, while the 4K resolution delivered on excellent clarity. However, if you're intending on playing esports titles like Overwatch or Valorant that don't necessarily benefit from a higher resolution, you may want to turn the resolution down to 1080p to maximise your frame rates.

Finally, the display supports a wide range of height, swivel, and tilt adjustments. It can even be rotated to sit completely vertical, good news for those who want to use it as a secondary screen. 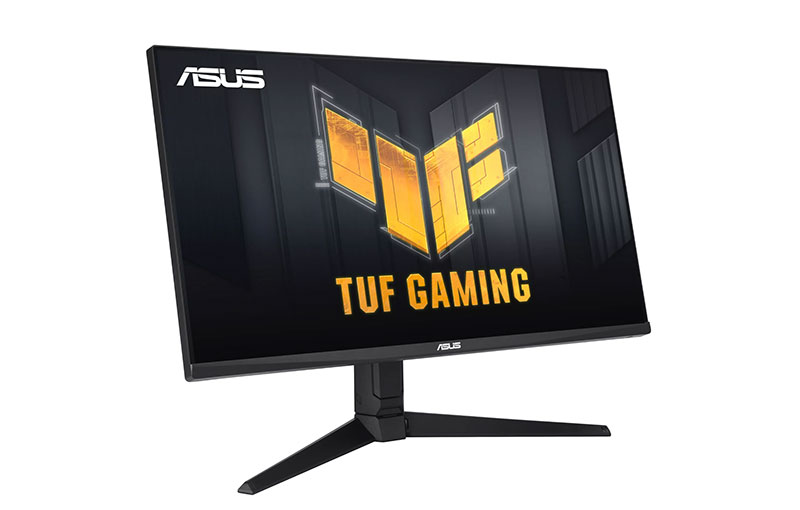 The S$1,229 ASUS TUF Gaming VG28UQL1A is a great monitor, no matter the games you intend to play. However, its rather steep asking price means that you'll need to look at whether you actually need the features it offers.

If you mainly play esports titles that will be better served by a higher refresh rate, instead of a 4K resolution, you might be able to save quite a few bucks. However, if you dabble in a wide range of titles and have a GPU that can take advantage of the crisp resolution, this is the monitor you want.

Add on to that the five video ports, built-in speakers, and excellent visual quality, and you have a winner on your hands. This monitor will happily let you switch between your PC and multiple consoles, all while bringing to life your favorite game worlds in vivid fashion

It is now available to buy on Lazada and Shopee.

Write a Review
Compare This | Specifications
Extensive display connectivity options
Crisp 4K resolution and 144Hz refresh rate
Built-in speakers
Plain design doesn't stand out from the crowd
Luminance uniformity not the best
Our articles may contain affiliate links. If you buy through these links, we may earn a small commission.
Sponsored Links