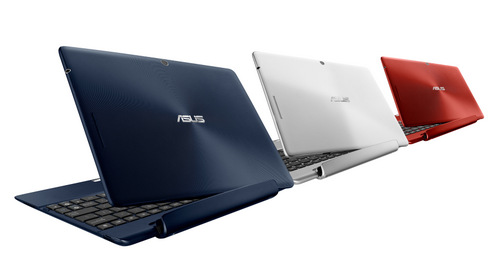 We remember a time when the ASUS Eee Pad Transformer Prime (TF201) was one of the most powerful Android devices you can spend your hard-earned money on. A time when quad-core processors in a mobile device was absolutely unheard of. That was January 2012, just a few short months ago.

Now, everyone has a quad-core something, take for e.g., the HTC X One smartphone which uses the NVIDIA Tegra 3 processor. Going by the specifications game (since they don't seem to offer much tangible performance gains yet), if a high-end device doesn’t ship with at least a quad-core processor, the manufacturer could probably lose out on the attention span of most users who are likely to just brush it aside for another product that boasts the new catchword.

With Tegra 3 based devices becoming more commonplace, does that make the Transformer Prime old and unappealing? Far from it. In fact, it’s still very much the fantastic Android device that first appeared in our labs late last year. But now, as manufacturers are churning out quad-core devices faster than you can say “quad-core”, ASUS had to come up with more variety to help them stay in the game. Cue the Transformer Pad TF300, first glimpsed at the Mobile World Congress 2012.

The ASUS Transformer Pad TF300 which comes with Ice-Cream Sandwich (Android 4.0 OS) out-of-the-box. Ever since we first saw it at MWC this year, nothing much has changed for the TF300. It’s still very much a close copy of the Transformer Prime, albeit with a few adjustments to deliver the key features of the TF201 at a more affordable price point.

In fact the only obvious difference is that the TF300 is made entirely out of plastic. Though build quality would differ, if you're a fashionista, the TF300 comes in 3 different colors - Royal Blue, Torch Red and Iceberg White. This is courtesy of its plastic build of course. 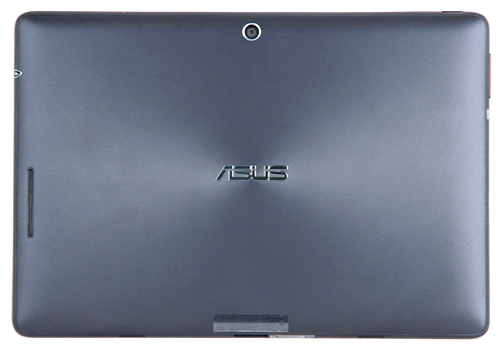 As you can see from the photos, the TF300 still has the same swirly pattern on the body. This time however, it’s of a rougher texture. Because it is made out of plastic, it is pretty much devoid of any oily smudges that tends to easily accumulate for metal-based products. That means the Pad has lower maintenance needs due to its rough plastic texture. Of course, you can't eliminate oily smudges if you were on a a fried chicken binge and immediately handled your tablet.

Unfortunately, its plastic build is also the source of an unavoidable slight build quality issue. Because it’s plastic, the back of the Transformer Pad TF300 has notable flex that you normally wouldn’t encounter on portable devices just slightly bigger than two of your palms put together. Normally, smaller devices tend to be more rigid, but we didn't experience it such. The good news is once you start using the device in proper with the screen facing you, the flex on the rear isn't quite noticeable. We’re guessing it will only become a problem if you dropped your device or accidentally sat on it.

In terms of dimensions, the TF300 is slightly thicker and heavier than its predecessor, the TF201. On paper, the TF300 is only 1.6mm thicker (at 9.9mm), and about 50 grams heavier (at 635g). However upon actual usage, the difference was noticeable enough that it felt like we were holding on to 19th century encyclopedia. Yes, it felt bulkier.

It’s amazing how small differences on dimensions and weight can translate to such a different feel between the two machines. If the two machines share almost identical components within (which is the case here), shouldn’t the TF300 be lighter due to its plastic chassis? Could it be that ASUS took the effort to add in more battery this time, since they claimed that the TF300 could not stay alive for 10 hours instead of the 9.5 hours for the TF201? 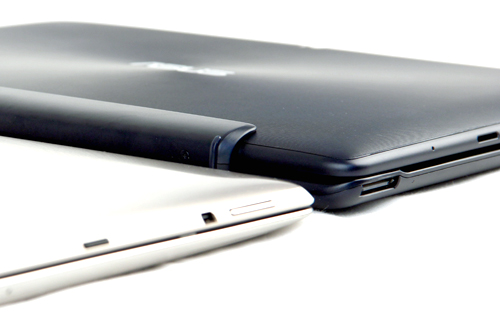 Well we find that it’s highly unlikely because the screen differences between the TF201 and the TF300 are vast. The TF300 uses a IPS panel that is half as bright at 350 nits compared to the 600 nits screen found on the TF201. The TF300 also uses a slightly weaker 1.2GHz processor, while the TF201 comes with a 1.3GHz processor. These differences alone would explain why the TF300 can stay alive just a little bit longer. For that reason, we're going to skip the full set of benchmark testing because the choice that you'll make between the TF201 and TF300 is essentially a personal one and not based on tests. For reference, here's how the Transformer Pad Prime scored in our usual set of tests.

The last difference is found on the exterior of the TF300; yes, it's the absence of a camera flash. Personally. we don’t find it that puzzling because honestly, how often do users take photographs with a tablet?

Like the TF201 before it, the TF300 also comes with a handy dock that literally "transforms" the Android tablet into a pseudo-notebook. There aren’t any exceptional differences this time around either, besides the fact that the dock is now made of plastic. You still get the same ports, which are placed at the same locations. 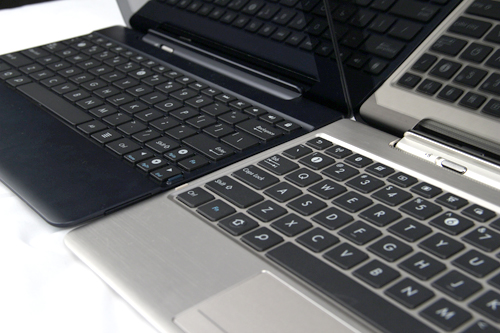 Instead of a completely touch-sensitive trackpad on the dock, this time you get physical buttons for the left and right mouse clicks. We like our touchpads sans physical buttons, but we are not complaining: the additions are easy on the finger so we’ll let it slide.

Another not-so-obvious difference this time is that the dock is thicker than the original aluminum dock for the TF201. As you can see from the photographs, the dock of the TF300 also sit slightly higher than the dock for the TF200. We’d like to point out that even though the dock is made of plastic, typing on the keyboard is still an excellent experience. The chiclet keys go in fairly deep and present good tactile feedback. It’s definitely not a feature you’d associate with something that is priced lower than the original, so no complaints there. 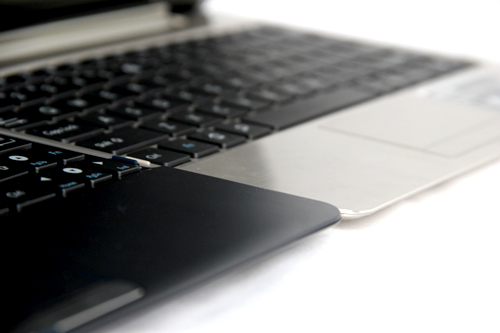 The last but most significant difference between the TF201 and the TF300 is the quality of the screen. As mentioned above, the IPS panel on the new TF300 is only 300 nits, while the Super IPS panel found on the older but more expensive TF201 is a whopping 600 nits. Meanwhile, the resolution has remained the same at 1280 x 800 pixels.You can’t actually tell the difference when you are in an adequately lit internal environment but as soon as you get out in the sun, you’ll find yourself wishing that the screen on your tablet was brighter. Having a dimmer screen makes it harder (but just slightly) to read under the sun or a brightly-lit location.

So now that we’ve pointed out the differences, do you think it’s worth your time to get one of the plastic edition of the Transformer Pad Prime? The quick answer from us would be yes. However that would also depend on how much money you’re willing to spend and if you prefer something colorful or something more classy. This tablet/dock combo is definitely made for the budget conscious consumer, so the inevitable price comparison will determine whether the TF300 is able to meet your demands. 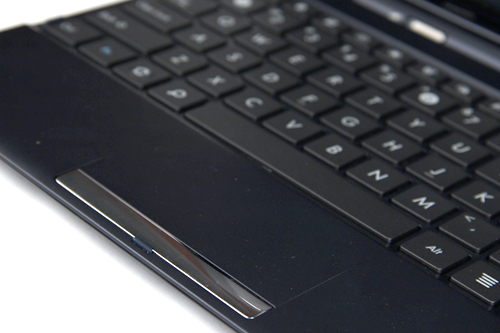 At S$749 with the dock (note that it comes with 32GB capacity option only) and for the hardware you get, the ASUS Transformer Pad TF300 seems like a decent deal. For comparisons, the original TF201 model is estimated to cost S$900 with the dock. That's a S$150 saving, but since the tablet is aimed at the lower-rung of the tablet market consumers, we feel that it would have a stronger appeal if if was priced a little lower yet. Perhaps sub-S$700 would be ideal. Otherwise, we feel the TF300 doesn't have any major drawbacks and is essentially a lower cost edition of the original Eee Pad Transformer Prime.

Write a Review
Compare This | Specifications
Affordable pricing
Robust build
Comes in three colors
Plastic shell flexes
Screen not bright enough
No 3G support
Our articles may contain affiliate links. If you buy through these links, we may earn a small commission.
Sponsored Links