When we first heard about ASUS' Ai Radar technology, we were a little doubtful if it was merely marketing speak or did the Taiwanese "directional transmission" technology really hold water. After giving the router a good shake up on Chariot and QCheck, however, it appears that higher signal gains and faster throughput speeds were indeed a possibility. With regards to data speeds, we rarely record more than 100Mbps during our real world tests, even with wireless-N routers. On the contrary, it appears that ASUS is going to break that mold with its solid performance quotient. If you could glance through our results above, the N56U did come up with better than decent data speeds, both, at close and long range. In fact, the relatively newer and tighter WPA2-AES encryption didn't seem to affect the router's performance as well. The only anomaly is downlink speeds recorded at 10 meters were significantly lower than the rest. What is most evident, realistically, is that the RT-N56U's upstream prowess on the 5GHz band is truly commendable amongst the current breed of wireless-N contenders. 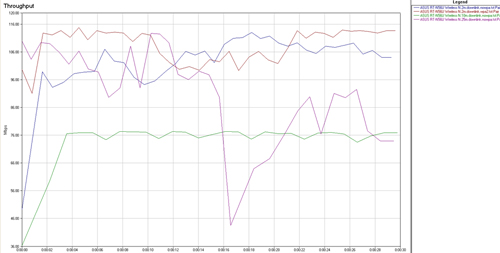 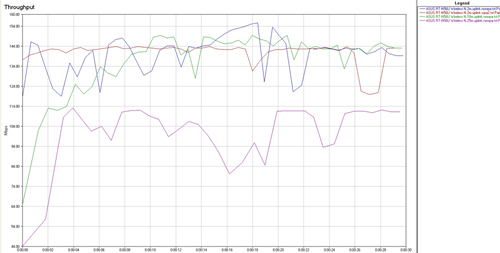