Do we dig the RT-N56U's slim and unique frame? Yes, and we think the criss-crossing pattern is a nice touch on the piano-black finishing too. The router comes with a trapezoid-shaped stand, which is an absolute must if you want to show off the router's good looks.Anyhow, there are six blue indicators on the front panel including one for each frequency band and USB devices. Connectivity wise, the router caries four Gigabit LAN and two USB ports behind the unit, along with a Gigabit WAN offering for your cable or xDSL modem. We didn't spot any on/off switch, but a Reset button is present to return the configurations to factory settings. 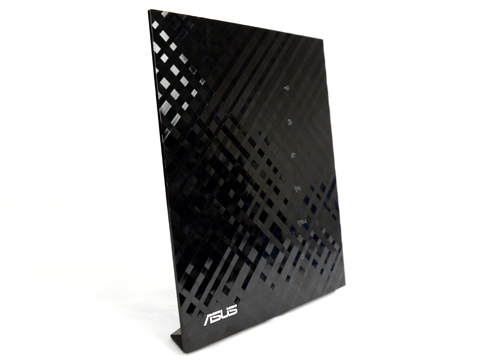 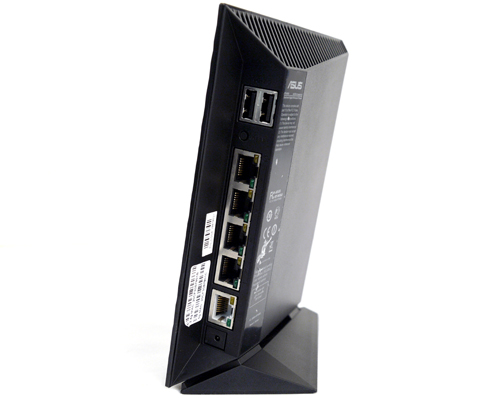 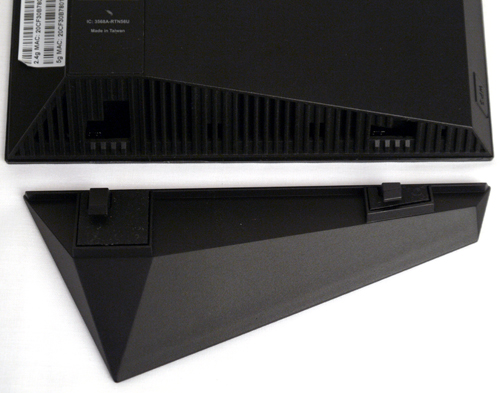 Internally, the RT-N56U houses five antennas; two for the 2.4GHz spectrum and three for the 5GHz band. Other specs include a Ralink RT3662 workhorse (or controller) and 128MB DDR2 memory. While it still packs a decent memory capacity, the jump to Ralink is a noticeable departure from ASUS' usual Broadcom controller solution found in previous offerings. Furthermore, the N56U also supports ASUS' "Ai Radar" technology. According to our Taiwanese friends, it's designed to optimize 802.11n 5GHz beam patterns within the local environment to conserve power and increase data throughput. We shall see how this pans out later during our tests. Also, the bundled CD includes a PDF manual and utilities wizard for the less savvy. 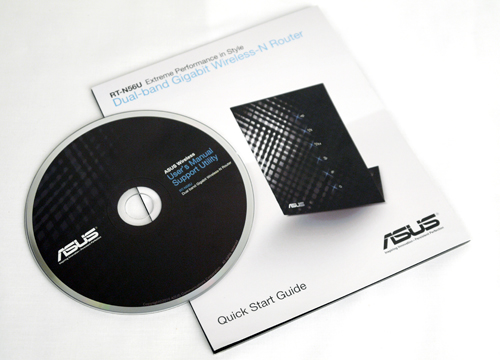 Before beginning our tests proper, we discovered the router's erratic behavior with the given 9.0.6.4 firmware. Thankfully, ASUS was quick to provide us with a revised version (1.0.0.7) which was less prone to hiccups. For starters, ASUS has retained a similar GUI as the previous generation RT-N16, with a mix of pleasing icons and a pastel blue background. By default, the Home page features a "Network Map" which displays the router's established clients, encryption levels, and Internet status. What's notably different, however, is the inclusion of 2.4GHz and 5GHz buttons on the web interface. They'd bring you to the "Wireless" page with comprehensive Wi-Fi settings for both bands. Observably, ASUS offers dedicated or mixed wireless modes, 20MHz or 40MHz bandwidth options, plus encryption tweaks for WPA and WEP. Yup, all on the same page. To connect to devices supporting the UPnP protocol, such as the PS3 for instance, enable the UPnP Media Server found on one of the left tabs. 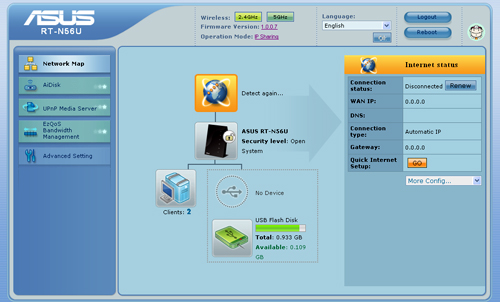 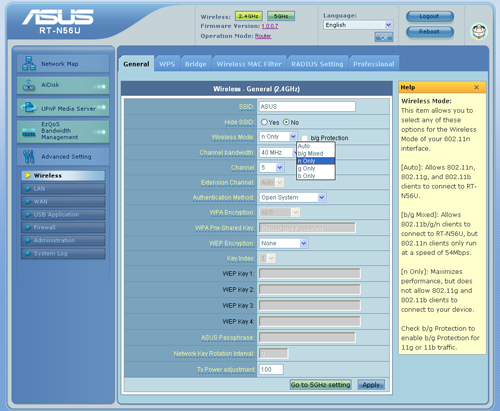 There are two ways of prioritizing network traffic on the RT-N56U. You may either use the user-friendly EzQoS tab, or the customizable QoS alternative (under WAN settings) by specifying your own set of service rules for bandwidth management. Another useful feature is the AiDisk Wizard designed for file sharing. Apart from turning your USB drive into a makeshift FTP server, you also get to register a unique domain name to dynamic IP addresses. However, you'll need to configure the ASUS DDNS (Dynamic Domain Name Service) before you get to enjoy these benefits. The service is free, by the way. The router's firewall offers DoS (Denial-of-service) protection, along with a bunch of URL, MAC and LAN to WAN filters. Moving on, we discovered only two applications on the Port Triggering list; Quicktime 4 and Real Audio. As such, you'll need to get your hands dirty by keying in the relevant trigger ports and protocols, say, for certain gaming titles for instance. To configure the N56U as a print server, simply run the Printer Setup Utility found on the CD. Note that the printer has to support print-sharing functions though. 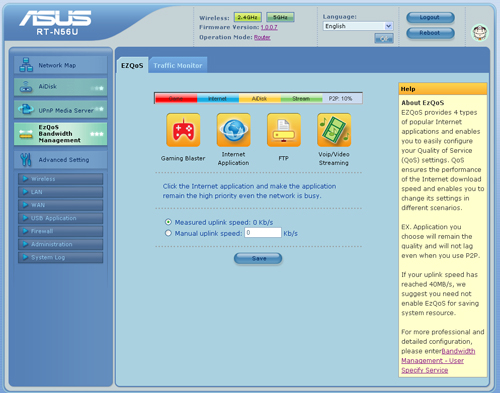 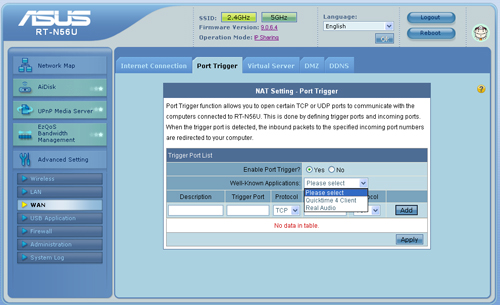