To test the ASUS RT-AX89X router, we are using our standard test setup that consists of two notebooks – one acting as a host machine and another as a client device. The router acts as a gateway. For systems where manual settings are possible, a channel bandwidth of 160MHz is selected.

Performance will be measured by calculating the speed achieved when transferring a 1GB zip file. We will do multiple tests at different distances to simulate use around a typical 5-room apartment.

The router was placed in the living room and we repeated the test from four locations in the flat, starting from the closest to the router and then to the farthest.

Here are the locations and the rough ranges that they represent: 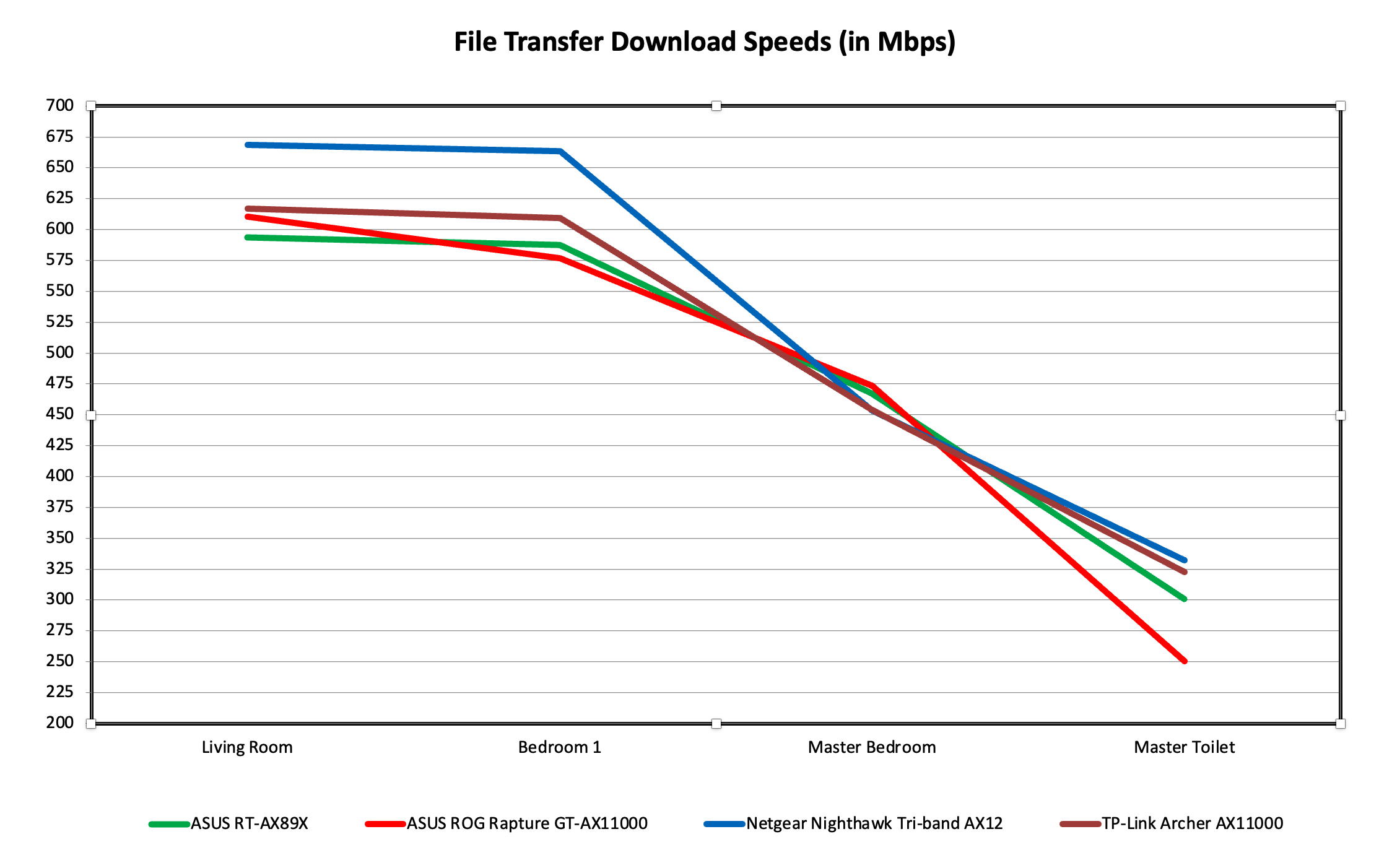 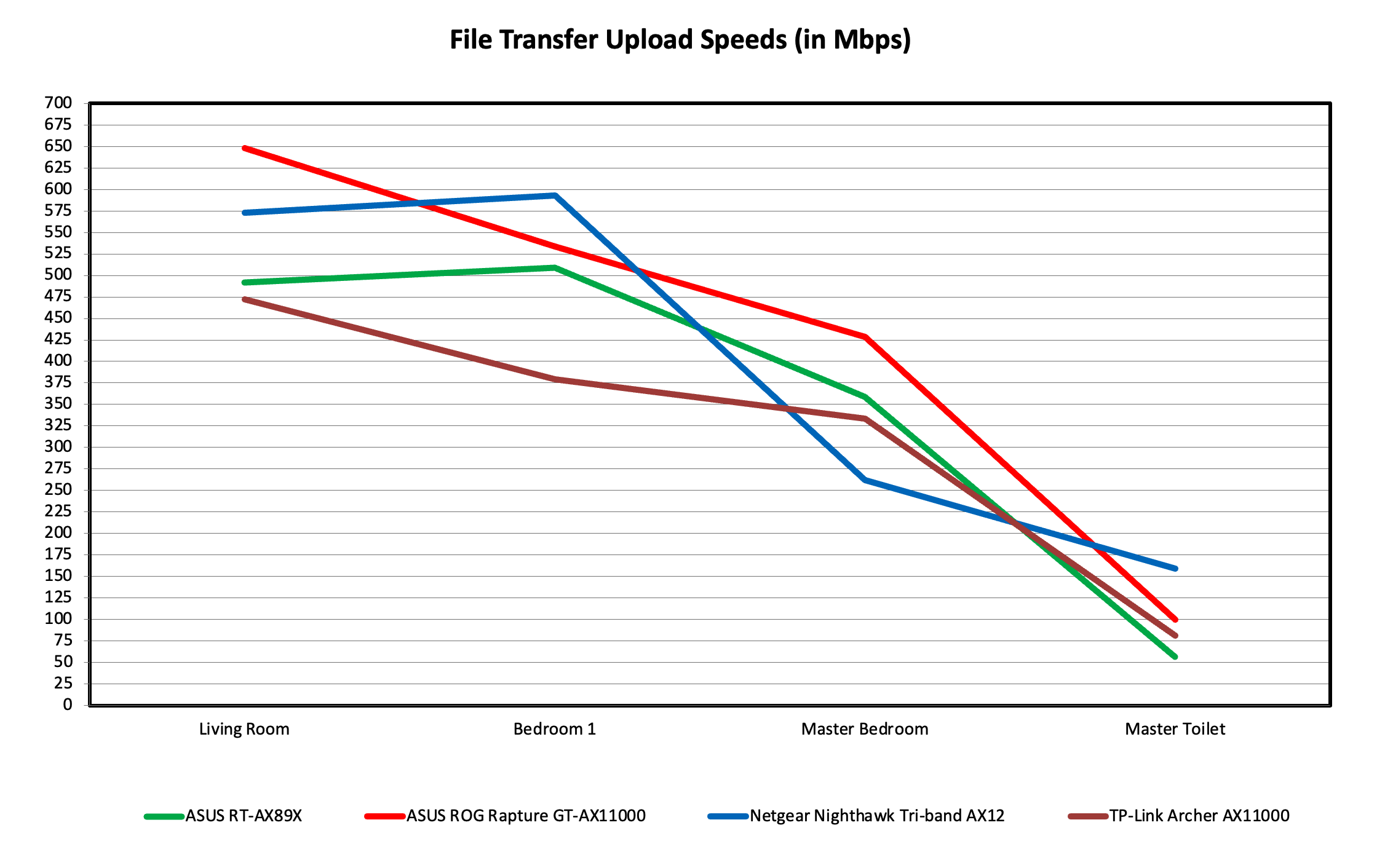 The performance of the RT-AX89X was generally comparable to that of AX-11000-class routers featured in our past shootout. Download speed in the living room was slightly slower but its download performance at the other ranges were middle of the pack. It managed to clock over 300Mbps in the master bathroom, which is quite remarkable and at these speeds even streaming 4K Netflix videos shouldn’t be an issue. Upload speeds were generally alright except for the farthest range in the master bathroom where it was only a smidge above 50Mbps. Overall, I think the best way to sum up the RT-AX89X's wireles performance is that it's decidedly average.

A router for power users

At S$699, the RT-AX89X is one of the most expensive standalone routers you can buy right now. But it backs up its monstrous price tag with respectable performance and a great feature set.

I see it as a rather specialised router, one that will appeal most to power users who demand the robust wired connectivity. There’s no other Wi-Fi 6 router with dual 10Gbps, 8 LAN ports, and two USB 3.1 ports. If you have a 10Gbps fibre connection, a high-end NAS, and multiple systems to connect to, this is the ideal router for you. 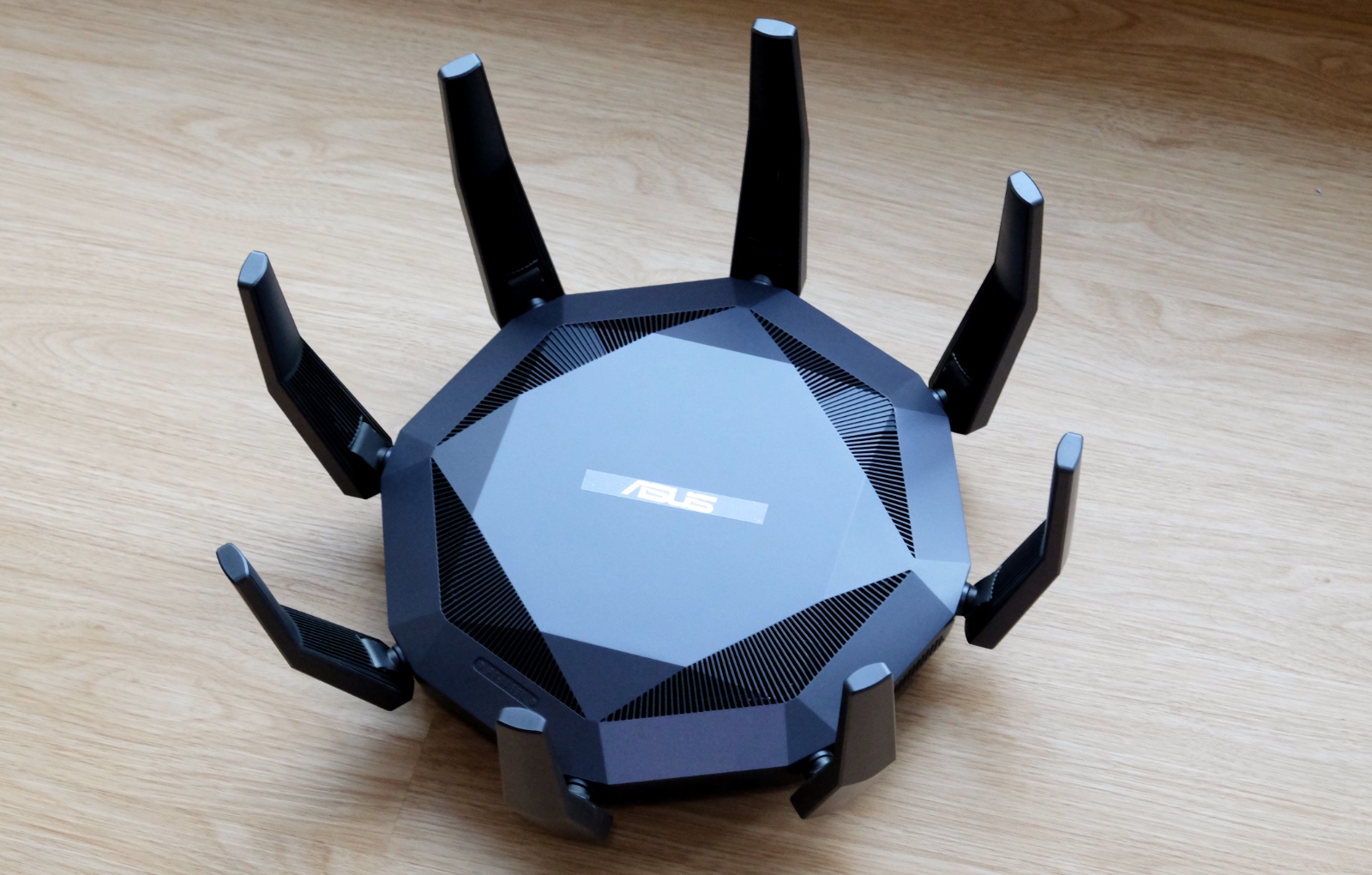 But if your priority is wireless performance then your needs will probably be better served by a tri-band router. The extra network can help especially if you have a lot of users and wireless devices at home.

All things considered, the RT-AX89X is a great router with decent wireless performance and an outstanding set of features. It has tons of ports, support for DFS, the ability to form mesh networks with compatible routers, and a great mobile app for easy management and controls. My only wish is that it wasn’t quite so big and its antennas were less conspicuous.

You can find the ASUS RT-AX89X router on the ASUS Flagship Store on Lazada.

Write a Review
Compare This | Specifications
Support for 10G connections
Lots of LAN ports
Support for DFS
AiMesh can be handy
Powerful mobile app
Average wireless performance
Large and conspicuous design
Only dual-band
Pricey
Our articles may contain affiliate links. If you buy through these links, we may earn a small commission.
Sponsored Links