To compare the ROG Zephyrus S15 at hand, I have opted to refer these 15-inch notebooks:

Admittedly, choosing the notebooks to compare was a bit of a challenge as NVIDIA updates their GeForce drivers very frequently, and in some cases giving noticeable performance boost over older drivers. So, some of the past notebooks above weren’t tested with newer drivers, simply because these notebooks were returned to their respective brands after we finished reviewing them. In any case, while these benchmark numbers may not be a definitive comparison, they still make for good references.

These are the games and benchmarks that I ran on the Zephyrus S15: 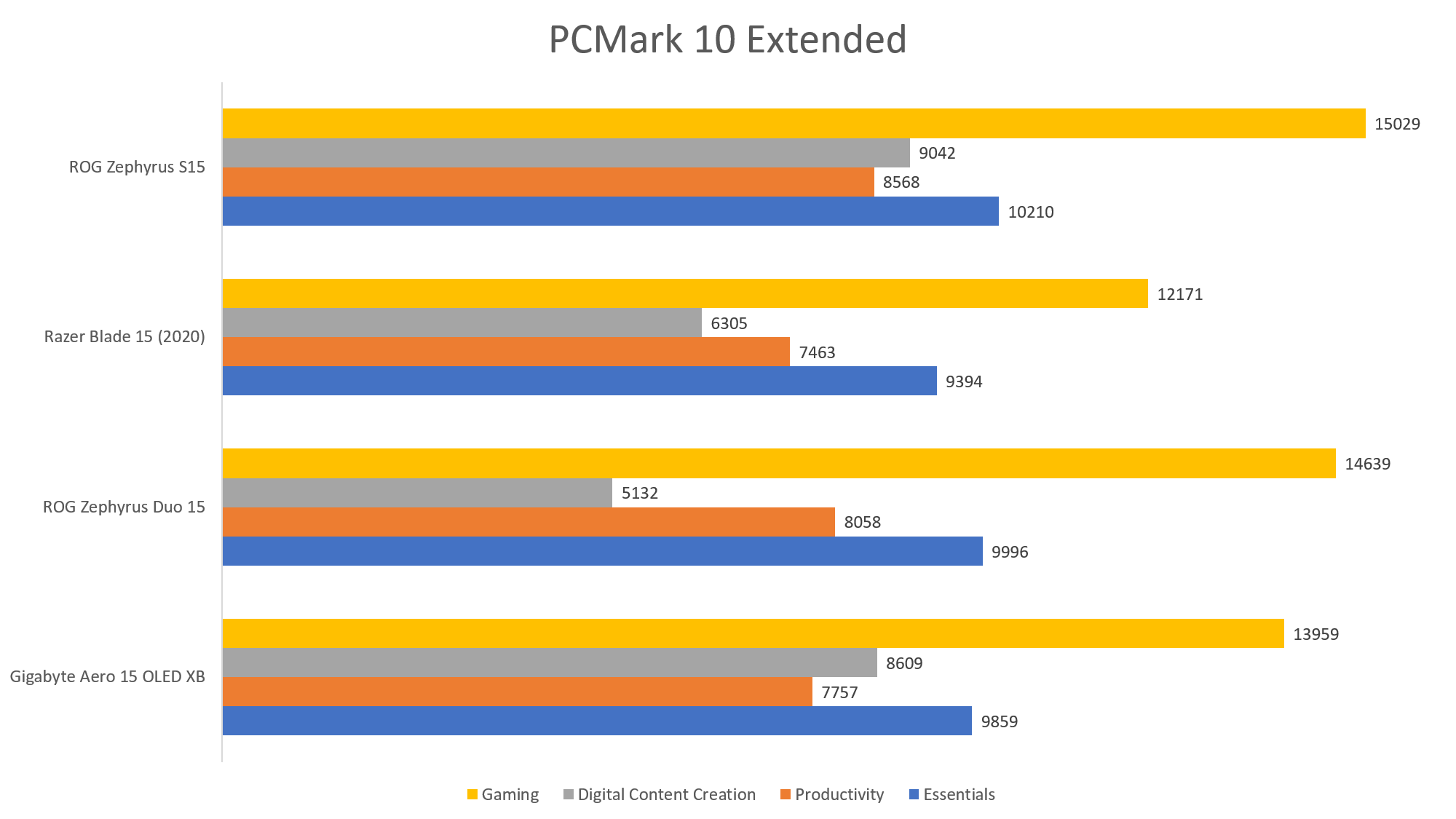 That the Zephyrus S15 outperformed the Gigabyte and Razer's notebooks isn't a surprise, given its superior specifications. It even managed to beat the Zephyrus Duo 15, whose performance - especially in Digital Content Creation - is likely hampered by it having to power two displays. 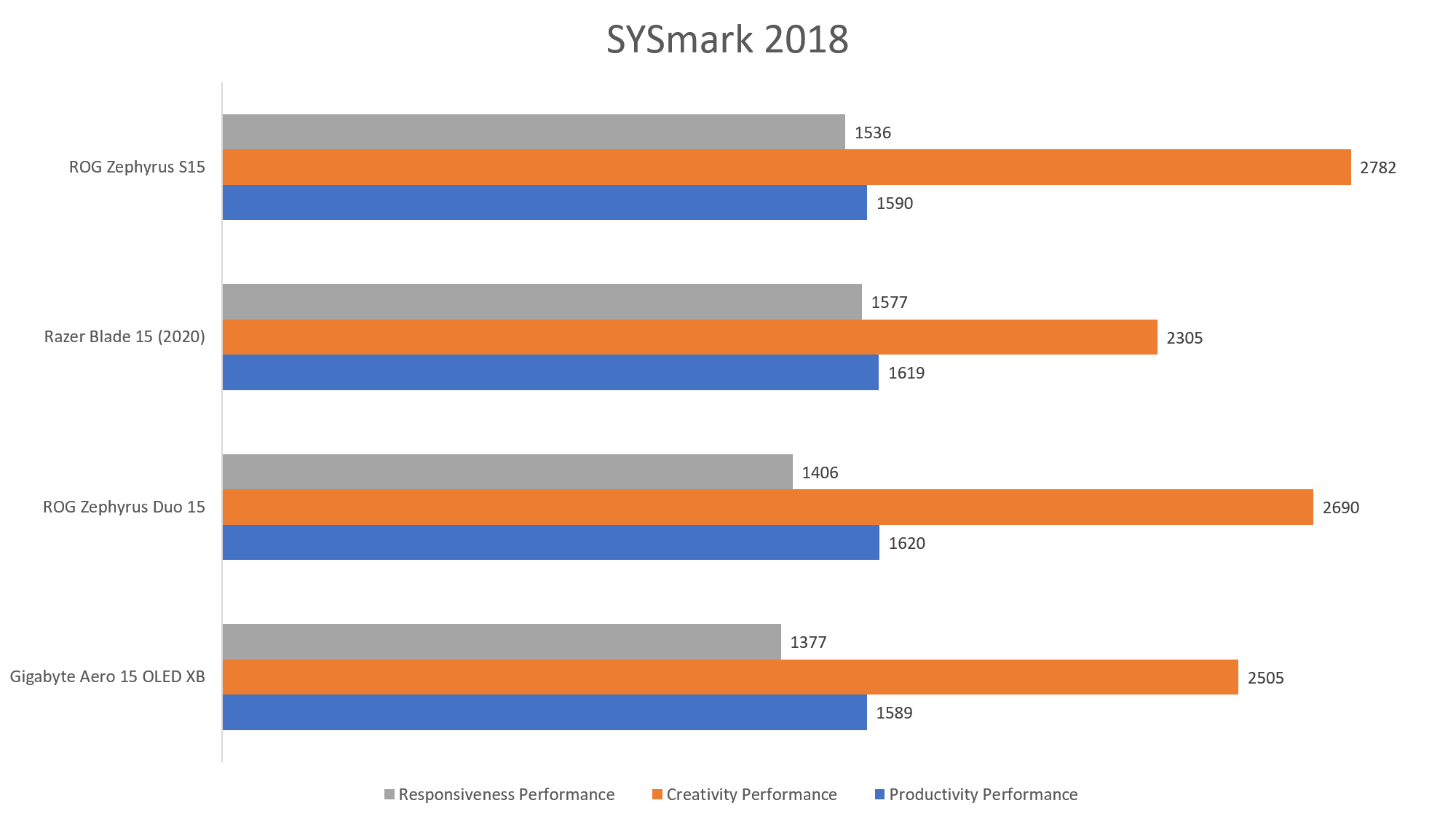 Unlike PCMark 10, which is a synthetic benchmark tool and the results are great as a reference point of a computer’s performance, SYSmark 2018 is an application-based benchmark that reflects “real world” usage patterns of business users in the areas of Productivity, Creativity and Responsiveness. This means using popular Microsoft and even Adobe applications rather than less obscure options used in PCMark 10.

We can see that the Zephyrus S15 did pretty well here, with the Razer Blade 15 giving it the closest run for its money except in the Creativity Performance segment - where the ROG's notebook superior GPU (and newer drivers) gave it the edge.

In our gaming benchmarks, the Zephyrus S15 and the Zephyrus Duo 15 pretty much ate up the competition (notably, the Zephyrus Duo 15 did it with ease even with the secondary display turned on). But some context needs to be explained here. You see, the gaming notebook is powered by the latest GeForce RTX 2080 Super with Max-Q mobile GPU, while our test unit’s display only supports up to Full-HD resolution. That is a lot of excess power to play games at 1080p resolution, and if specs-friendly games like Counter-Strike: Global Offensive or League of Legends are the only games you play all the time then the Zephyrus  S15 is obviously an overkill - although you do get the luxury of turning up most games' graphics settings to the highest. 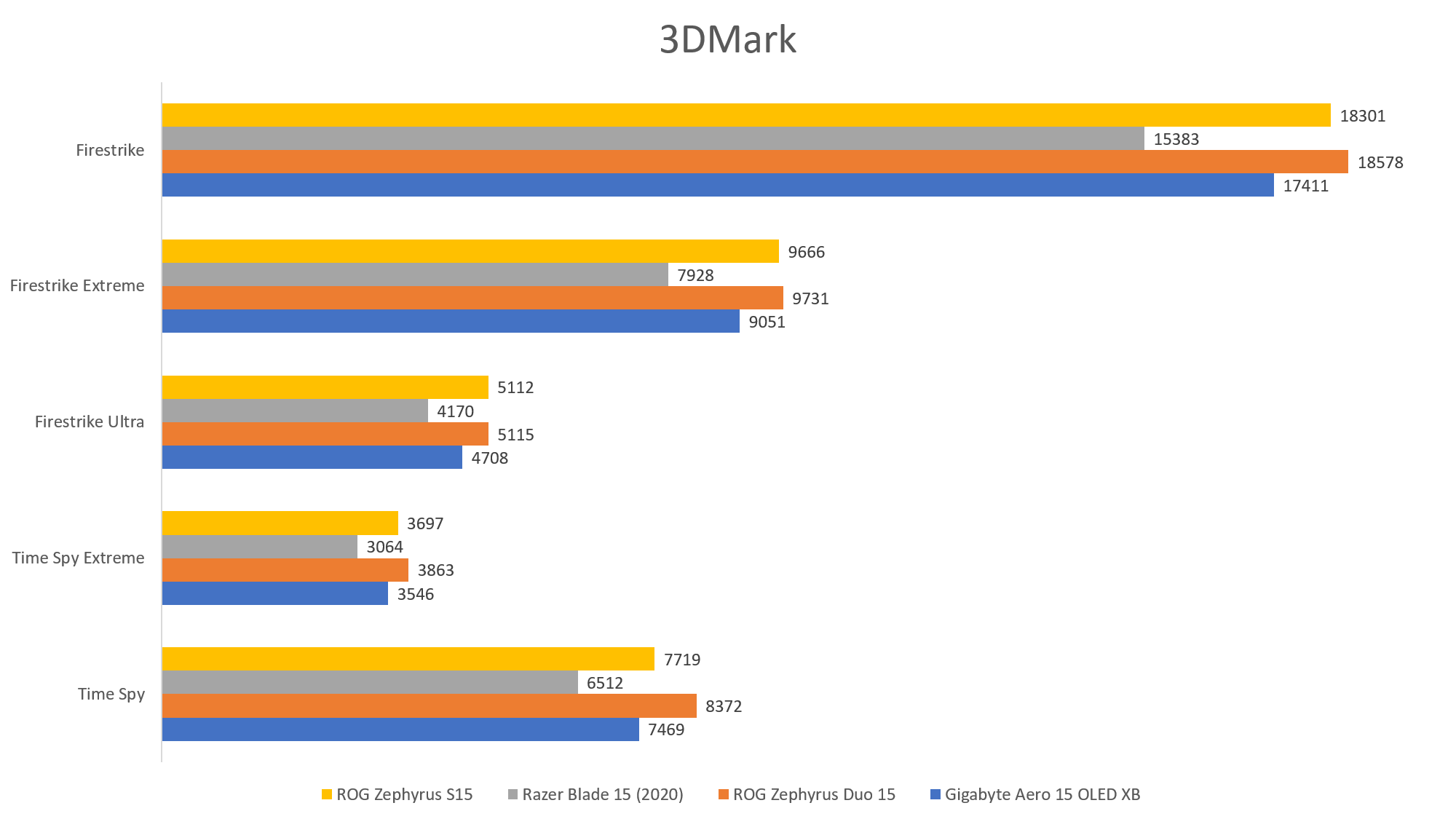 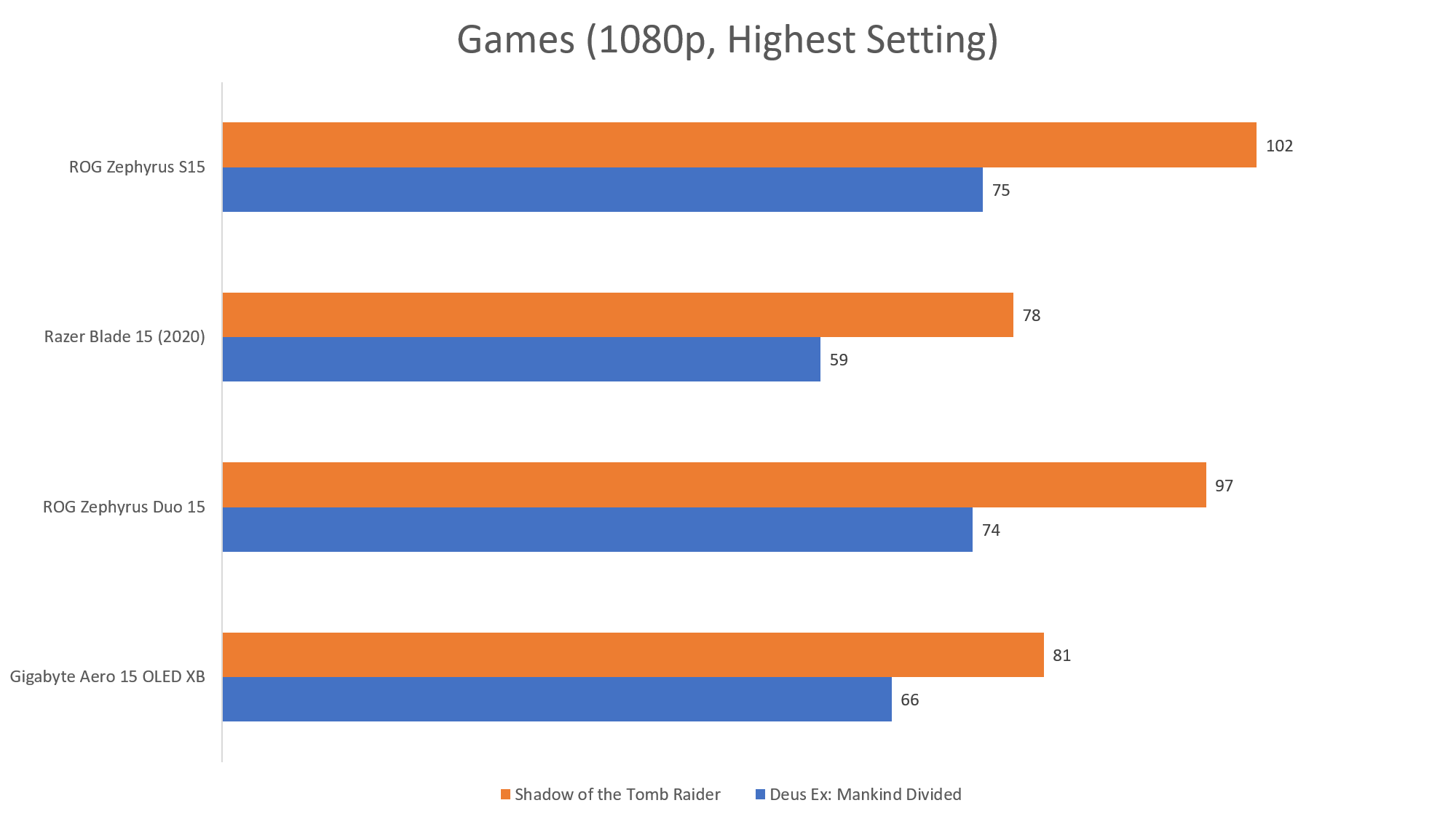