A new GPU does wonders 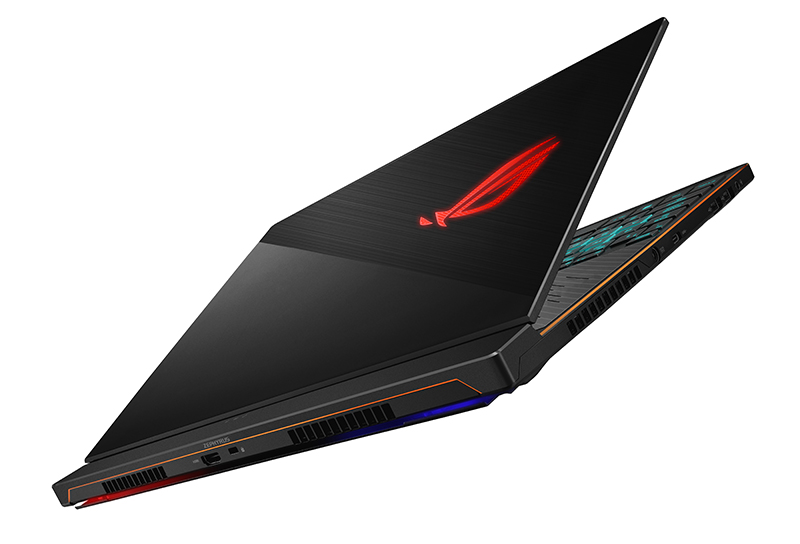 The ASUS ROG Zephyrus S GX531GW isn't particularly exciting, mostly because we've seen its design before. Compared to its predecessor, the external differences are minuscule, and it is just a hair thicker, probably to accommodate the more powerful NVIDIA GeForce RTX 2070 Max-Q and larger 60Wh battery. The larger battery and optimizations on the OS' end go a long way toward improving battery life though, and the Zephyrus S finally has decent battery life that pairs well with its svelte form factor.

The new Zephyrus S also features a bunch of under the hood changes, such as a QLC SSD and an improved display that now comes with Pantone color certification for more accurate colors. Like before, it also supports 100 per cent of the sRGB color space.

That said, other areas where I'd have liked to see changes have stayed the same. The keyboard still has the same four-zone backlighting as before, but I really think per-key customizations should be a feature on a laptop that's marketed as a premium product like this one.

Unfortunately, this is also a laptop that runs really loud, and ASUS hasn't really been able to make improvements in this area. Still, the laptop's blend of excellent performance and portability are hard to pass up, and the whirring fans are a small price to pay, especially when I'd be hard-pressed to point out an alternative that runs as fast and is significantly quieter. In terms of performance, this notebook is a beast, and it is tangibly faster than the GeForce GTX 1070 Max-Q that came before it. You'll be able to run just about any game at 1080p and max settings, although maximizing the 144Hz display is quite another matter altogether.

At S$3,698, the Zephyrus S GX531GW is a good S$500 more expensive than its predecessor, but it makes up for that with significantly better performance. Previously, you could only get the Zephyrus S with a GeForce GTX 1060 locally, but you can now get the newest model with up to a GeForce RTX 2070 Max-Q, a huge step up. There's much to like about the Zephyrus S now, and I think the more powerful specifications and better battery life have transformed it into quite a winner.