I've chosen the ROG Strix Scar III GL531GW as a reference point as it's also configured with a GeForce RTX 2070 and single-channel memory. Finally, the Acer Predator Triton 500 and Gigabyte Aero 15 OLED XA are there to provide an idea of how the Zephyrus S stacks up against competing Max-Q laptops.

Despite its single-channel memory configuration, the ROG Zephyrus S didn't suffer too much in PCMark 10, and it was more or less neck-and-neck with the other dual-channel laptops.

However, a closer look at the score breakdown shows that both the ROG Zephyrus S and the ROG Strix Scar III lagged in the Digital Content Creation workload, possibly because of the limited memory bandwidth offered by the single-channel setup. 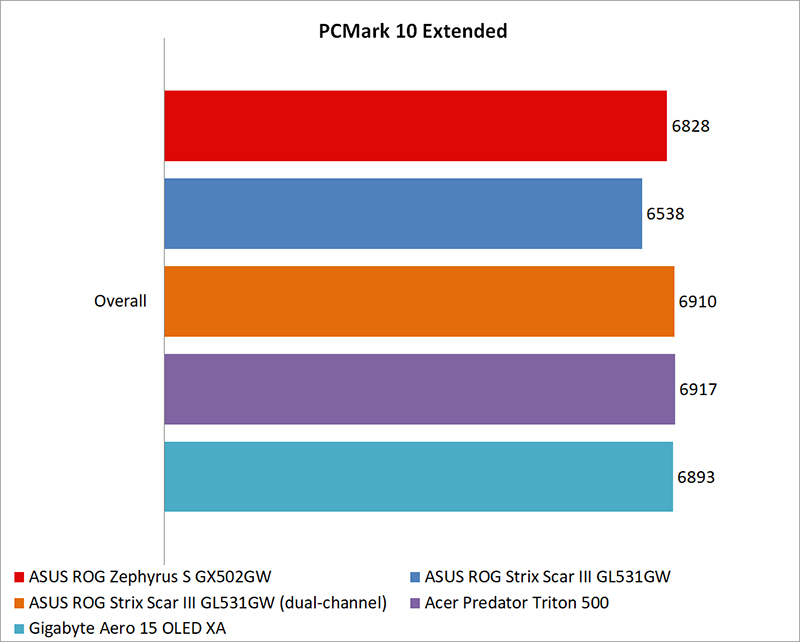 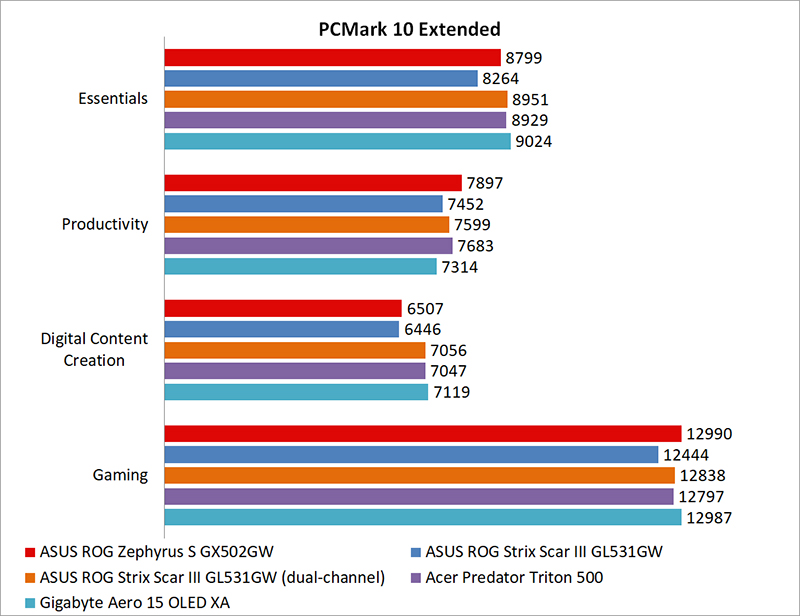 The ROG Zephyrus S is equipped with a sizeable 1TB Samsung PM981 PCIe M.2 SSD.  Sequential write performance was very competitive with the other laptops, but it couldn't really keep up when it came to sequential read speeds. However, it stood out in the higher queue depth workloads, handily beating most of the other laptops by a fair margin. 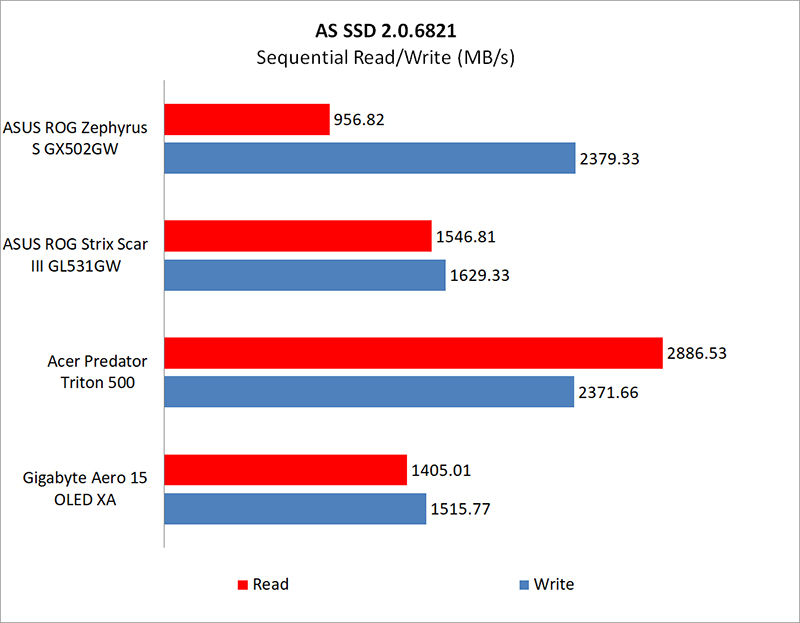 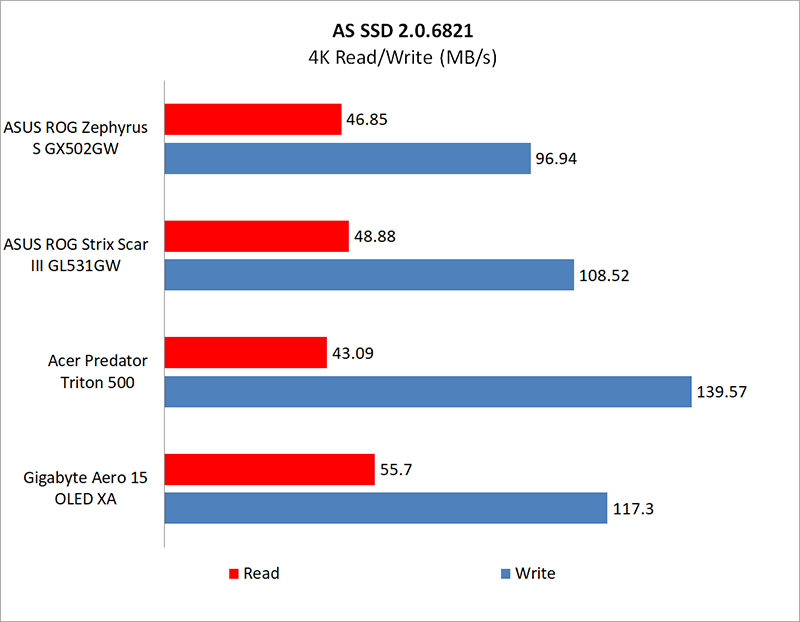 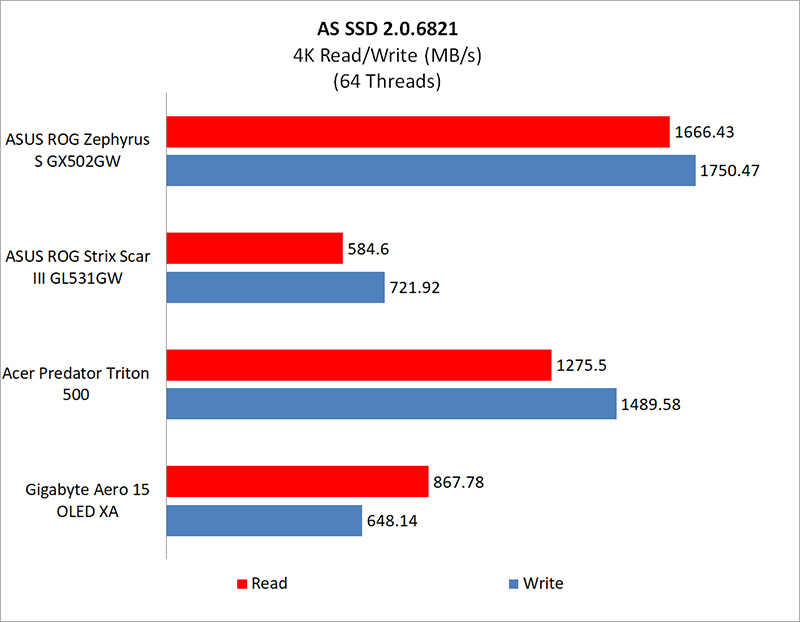 Nowhere are the downsides of having single-channel memory more obvious than in games. Since the problem is supposedly with the way games or applications manage system memory, you don't see the same deficits everywhere. For example, 3DMark and Metro Exodus appear unaffected, and all the laptops turned out numbers that were pretty close to one another.

In fact, the Zephyrus S had a slight edge in 3DMark, inching ahead in the Fire Strike, DirectX 12 Time Spy, and Port Royal ray tracing benchmarks. It's just a pity that it's not able to replicate that performance in most games, where it is punished heavily for having just a single RAM stick.

Deus Ex: Mankind Divided is a good example of the massive performance deficit you can expect. The ROG Strix Scar III with dual-channel memory (which isn't a default configuration) was a good 36 per cent faster, an idea of the kind of performance you should be able to achieve with the Zephyrus S, if only ASUS shipped it with two memory modules.

Similarly, the dual-channel ROG Strix Scar III was 30 per cent quicker in Shadow of the Tomb Raider. That's the difference between sailing past its Max-Q competitors or languishing behind them. For S$3,998, I think you should expect nothing less. 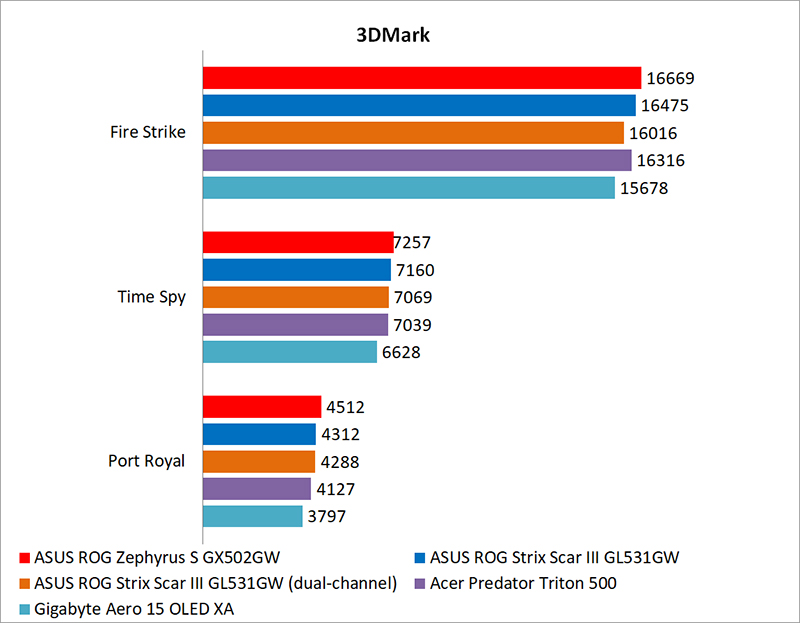 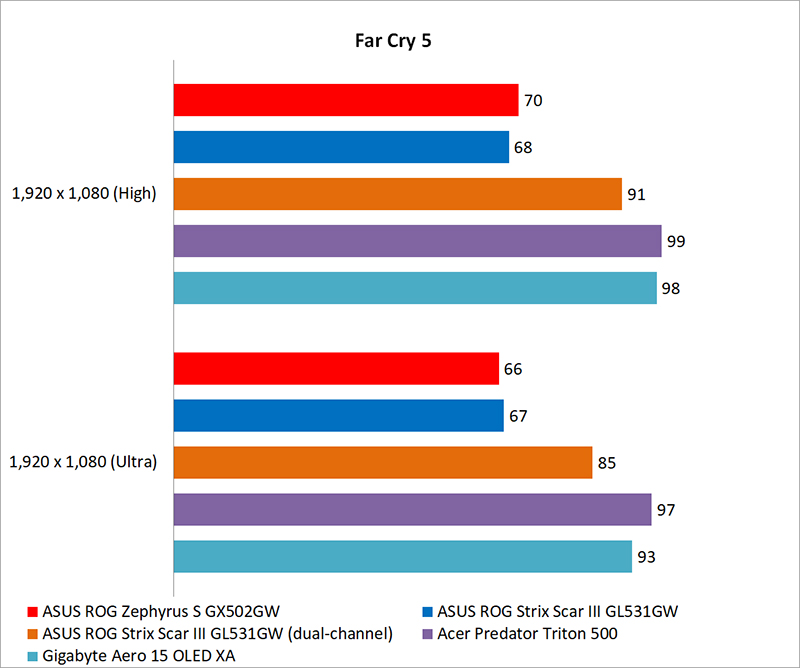 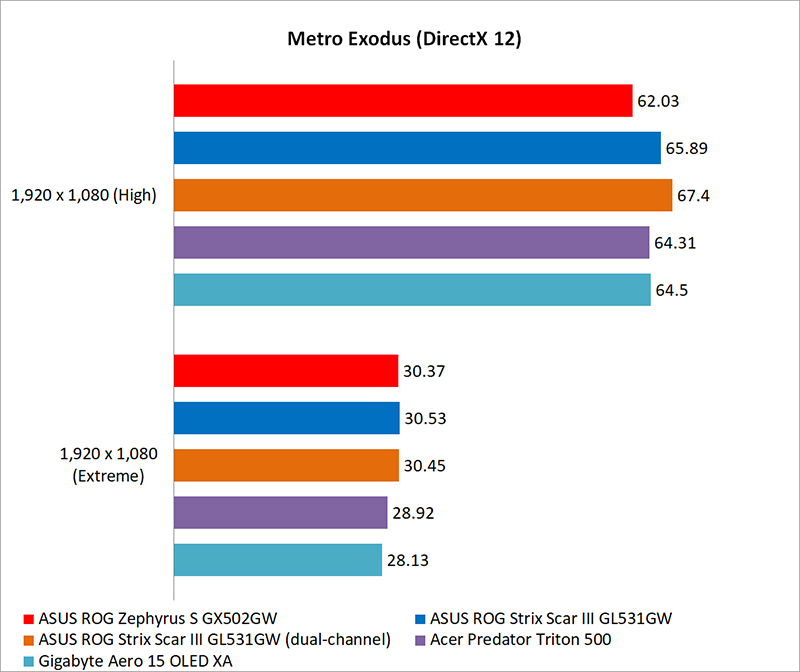 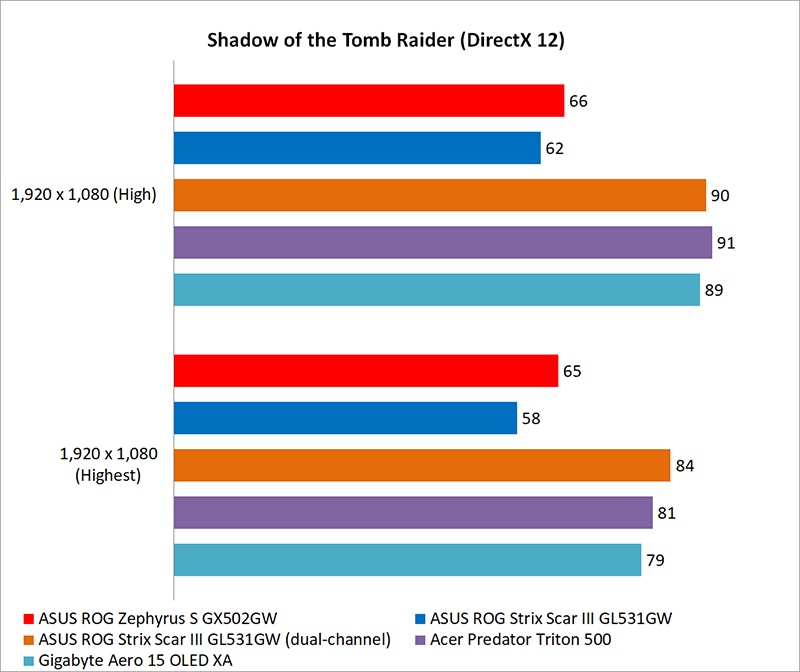 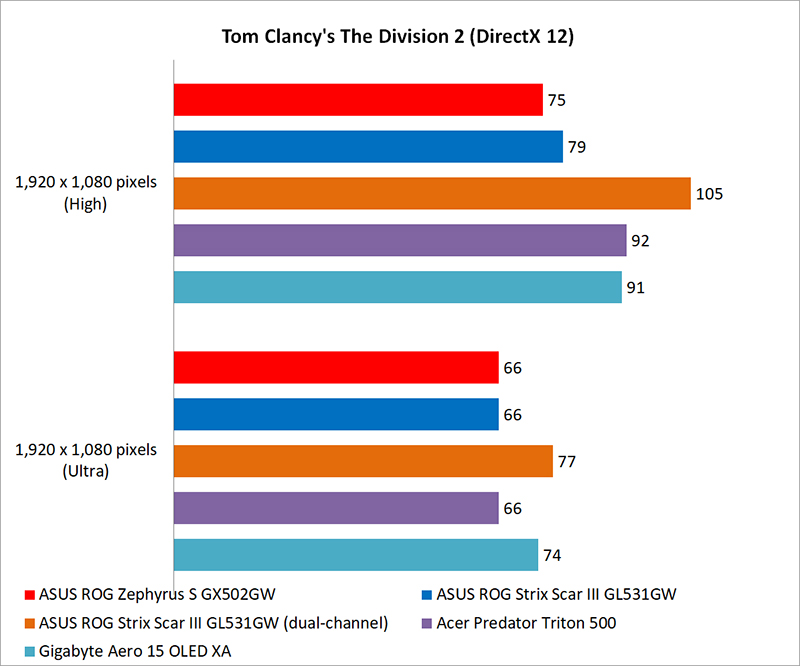