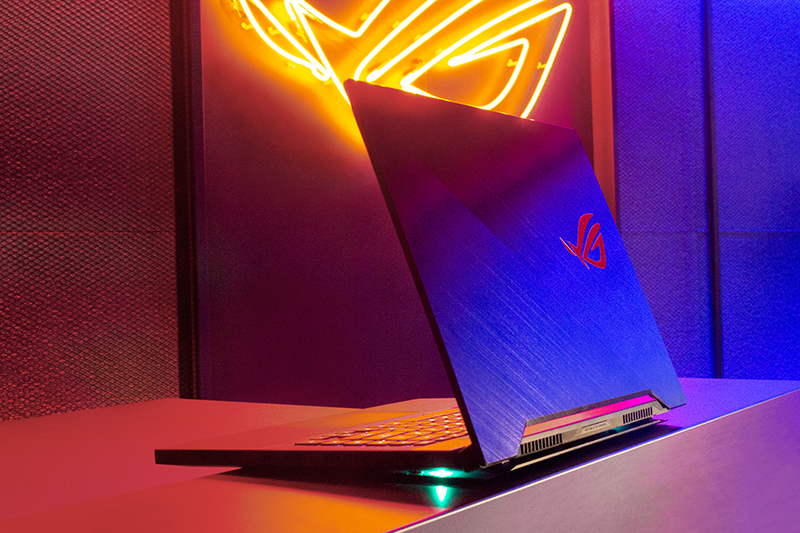 Wait, what do you need Max-Q for again?

The ASUS ROG Zephyrus S GX502GW measures just 18.9mm thick and weighs a hair under 2kg. When I first saw it, I thought it was just another Max-Q gaming laptop competing in the burgeoning market of slim and light gaming notebooks. Actually, that feels like a slightly useless qualification by now, because gaming notebooks have become so sleek that we're almost at the point where that is the expectation at the high-end now rather than the exception.

However, ASUS' new Zephyrus S laptop may be many things, but the one thing it is not is a Max-Q laptop. It comes with the full-fat Max-P version of the NVIDIA GeForce RTX 2070, and it's managed to cram that into a chassis that is as thin as many Max-Q notebooks out there.

NVIDIA's Max-Q technology was originally conceived to allow for thinner and more sprightly laptops by gunning for peak efficiency instead of maximum performance. It tries to find a balance between performance and power consumption, combining that with novel cooling solutions to enable both better battery life and more portable designs.

However, it seems like ASUS has made further progress since then. The Zephyrus S GX502 is even lighter than the original Zephyrus, which debuted in 2017 as one of the first Max-Q notebooks. It is a millimeter thicker, but that seems almost insignificant in the greater scheme of things, and it's done that without needing to sacrifice performance to any Max-Q optimisations.

It will cost you S$3,998, a steep price to be sure, and slightly more expensive than its other Max-Q competitors. Does the laptop live up to its promise? Read on to find out.