What about battery life?

What about battery life? 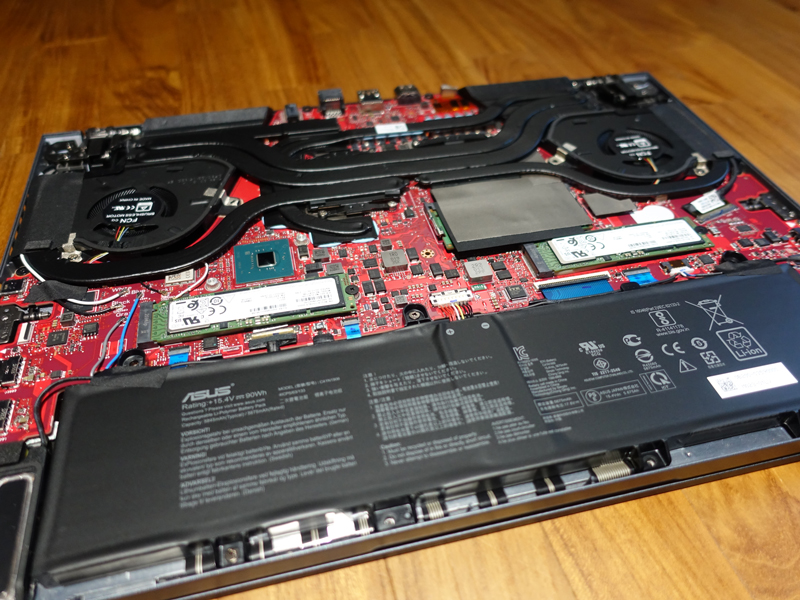 Our Battery life test was done on PCMark 10 with the Zephyrus Duo 15's two displays at full brightness. You can read more about our battery testing methodology and philosophy here. 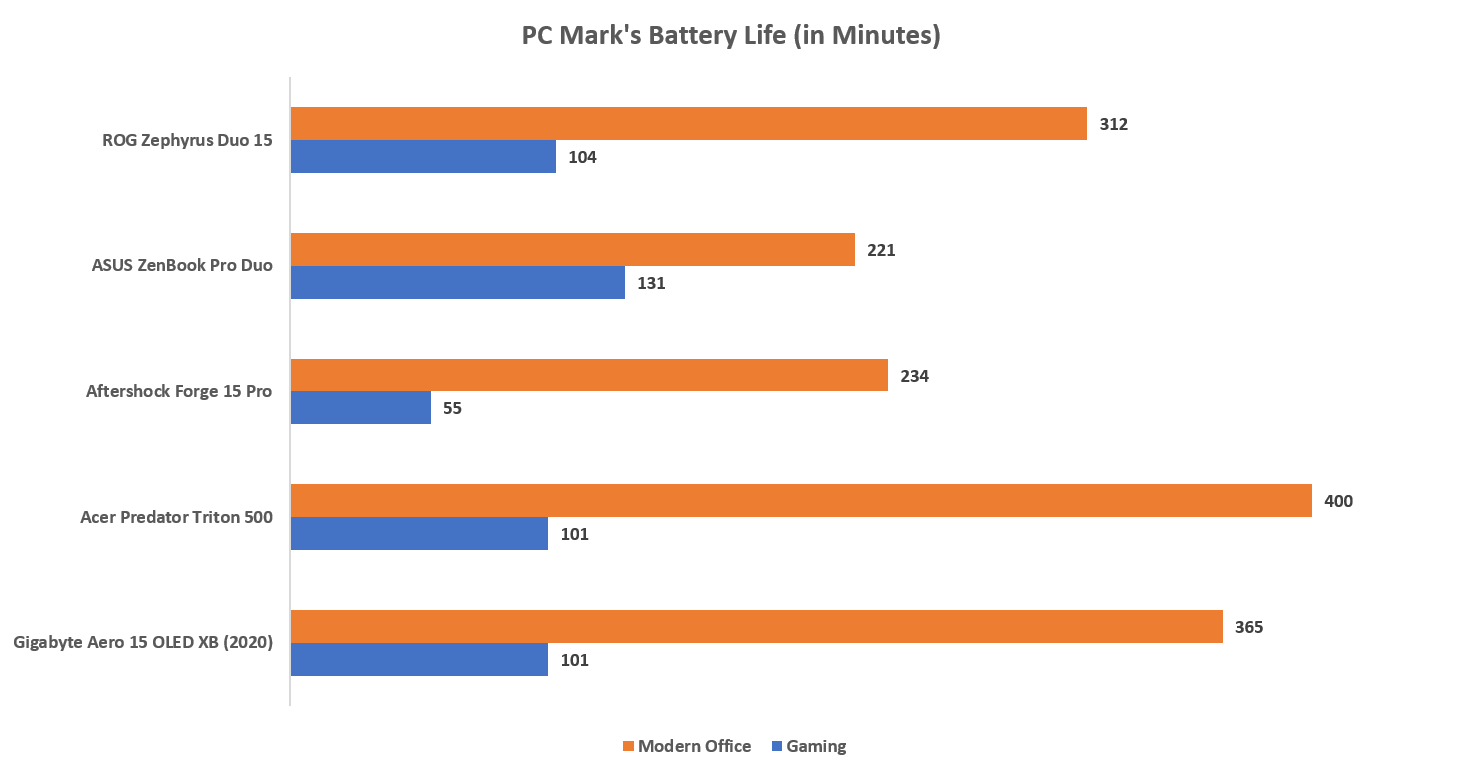 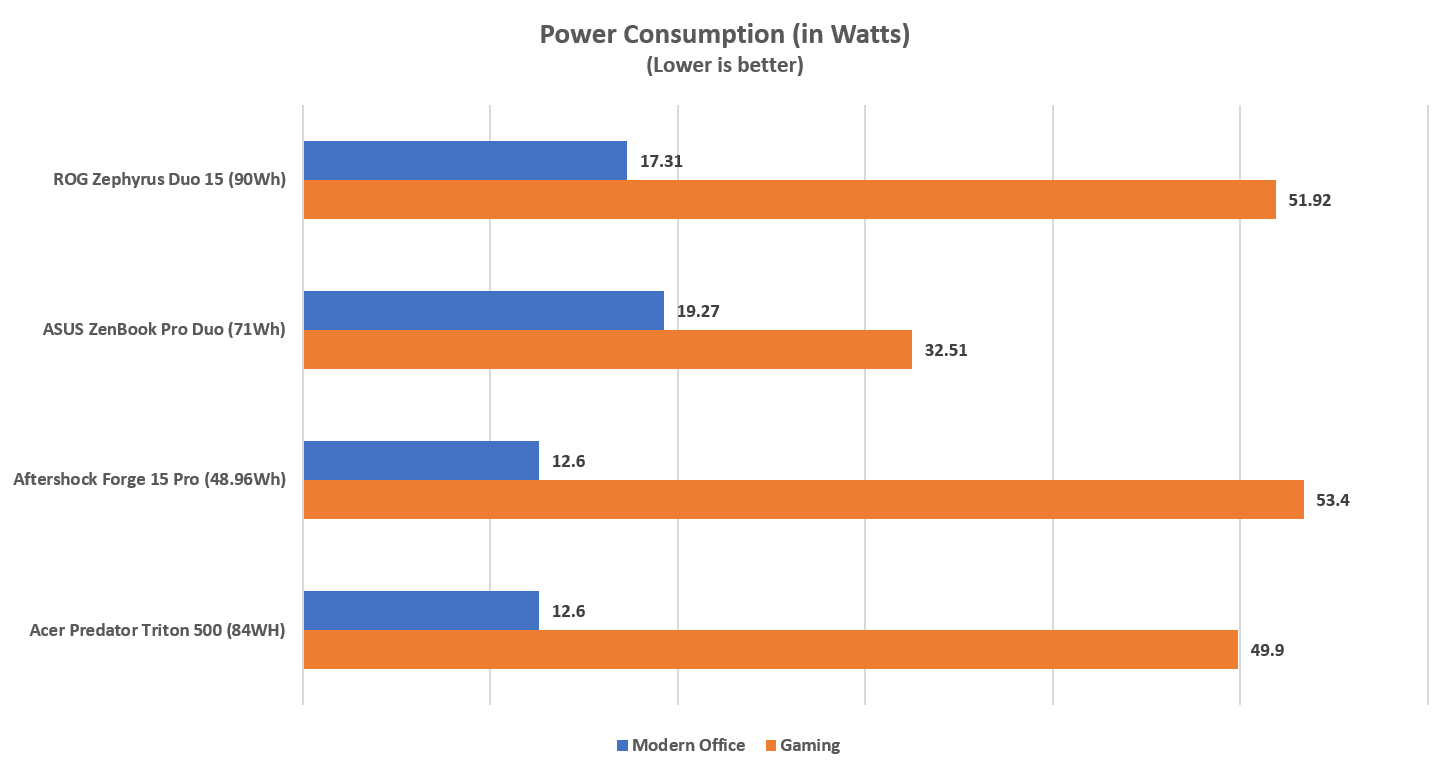 Despite its two displays and power-hungry processors, the Zephyrus Duo 15’s battery life is surprisingly good for a gaming notebook. I certainly wasn’t expecting a 15-inch notebook of this class to be able to last more than five hours. Certainly, the notebook’s 90Wh high capacity battery played a part, but we can also see that its power consumption is pretty low when it comes to non-gaming activities as well. At the same time, it’s not unexpected to see the Zephyrus Duo 15 draining battery much quicker when gaming.

It must also be noted that during some of these intensive benchmarks or when playing games, the notebook never got exceedingly noisy nor uncomfortably hot to the touch. ROG did some pretty wicked magic here with the thermal dissipation, and I am more than convinced that their new Liquid Metal Thermal compound (apparently it’s used on all of the latest ROG notebooks) played a key role with getting heat away from the processor more effectively too.