How does it performs?

At the end of the day, performance still matters. Let’s find out how the ROG Zephyrus Duo 15 stacks against some 15-inch gaming notebooks that we have tested to date. For comparisons’ sake, I’ve also decided to include the ASUS ZenBook Pro Duo UX581 into the mix for some of the benchmarks, as it’s almost identical in shape and form. 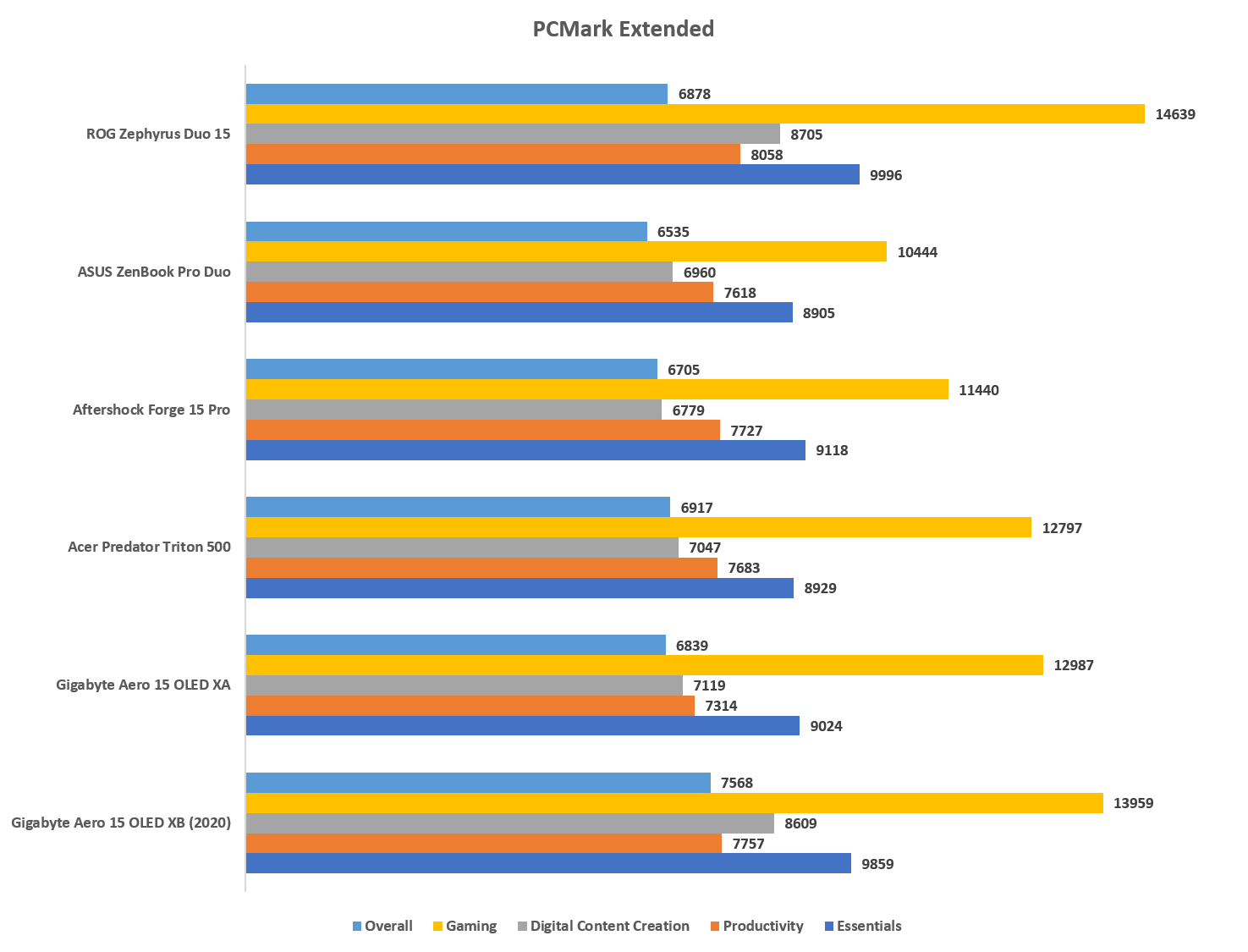 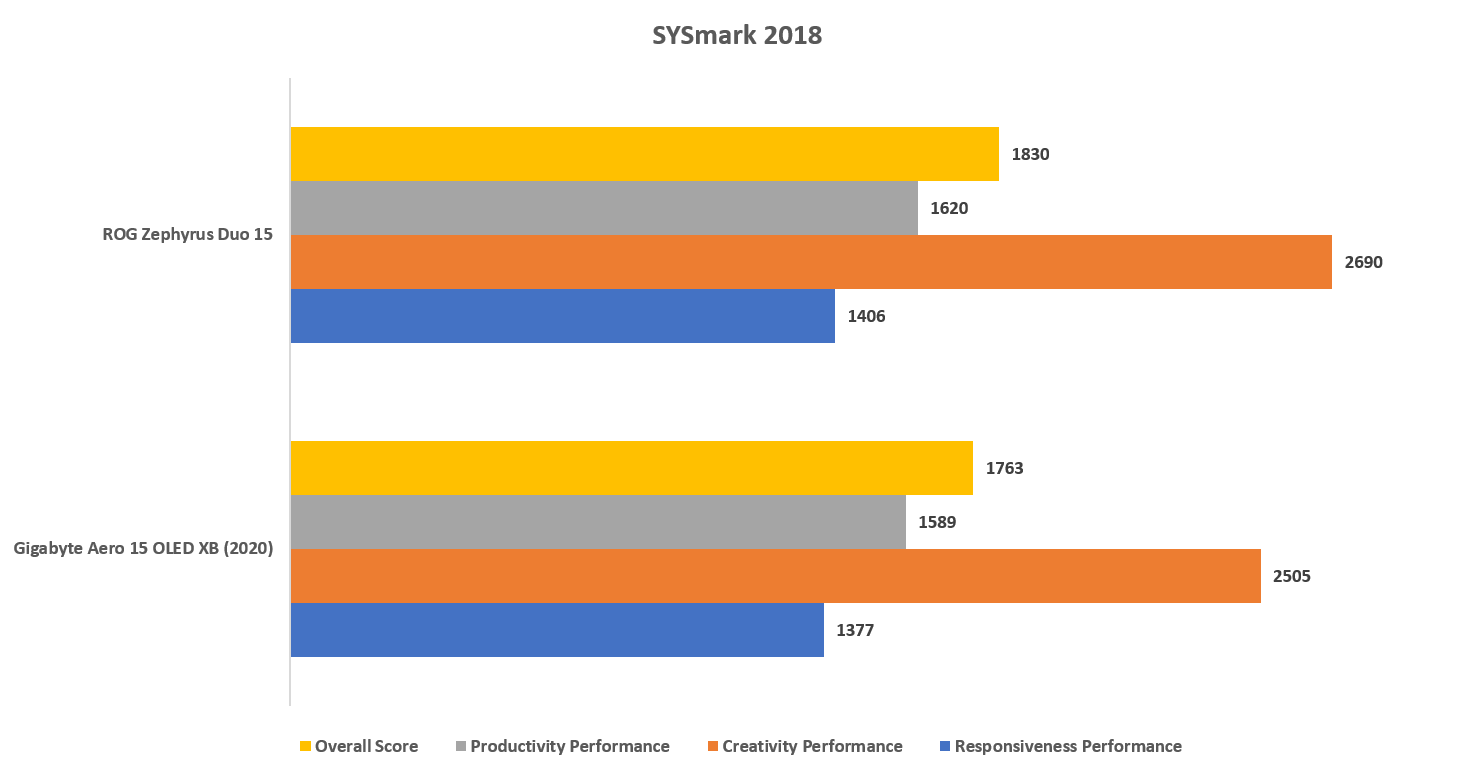 Unlike PCMark 10, which is a synthetic benchmark tool and the results are great as a reference point of a computer’s performance, SYSmark 2018 is an application-based benchmark that reflects “real world” usage patterns of business users in the areas of Productivity, Creativity and Responsiveness. This means using popular Microsoft and even Adobe applications rather than less obscure options used in PCMark 10. The only gaming notebook that I’ve run SYSmark on is the previously reviewed Gigabyte Aero 15 OLED XB, but I’ll be including this benchmark in our future notebook reviews from hereon.

Suffice to say, the Zephyrus Duo 15’s performance is unsurprisingly good given its top-of-the-line specifications. We can see that it pretty much edged out all the notebooks in both PCMark 10’s Extended and SYSmark 2018 benchmark rounds. What’s not immediately noticeable is that the 10th-Gen Intel Core i9-10980HK mobile processor is an unlocked and overclockable processor (unlike the locked 10th-Gen i7-10875H mobile processor on the Gigabyte Aero 15 OLED XB), and unfortunately, I didn’t have the time to explore this aspect and see how far we can push it to make it in time for this review. Nonetheless, I will revisit this in a separate article because I am intrigued, amused even, by how the supposedly lesser i7-10875H performs so close to the higher-end i9-10980HK in SYSmark (more on that in my closing statement). Let’s just move on for now.

It’s a gaming notebook! Of course we needed to run gaming benchmarks and as we can see from the results below, the Zephyrus Duo 15 pretty much ate up whatever games we threw at it with ease even with the secondary display turned on. But some context needs to be explained here. You see, the gaming notebook is powered by the latest GeForce RTX 2080 Super with Max-Q mobile GPU along with the fastest mobile processor available from Intel, and our test unit’s display only supports up to Full-HD resolution. That is a lot of excess power to play games at 1080p, and if specs-friendly games like Counter-Strike: Global Offensive or League of Legends are the only games you play all the time then the Zephyrus Duo 15 is obviously an overkill. 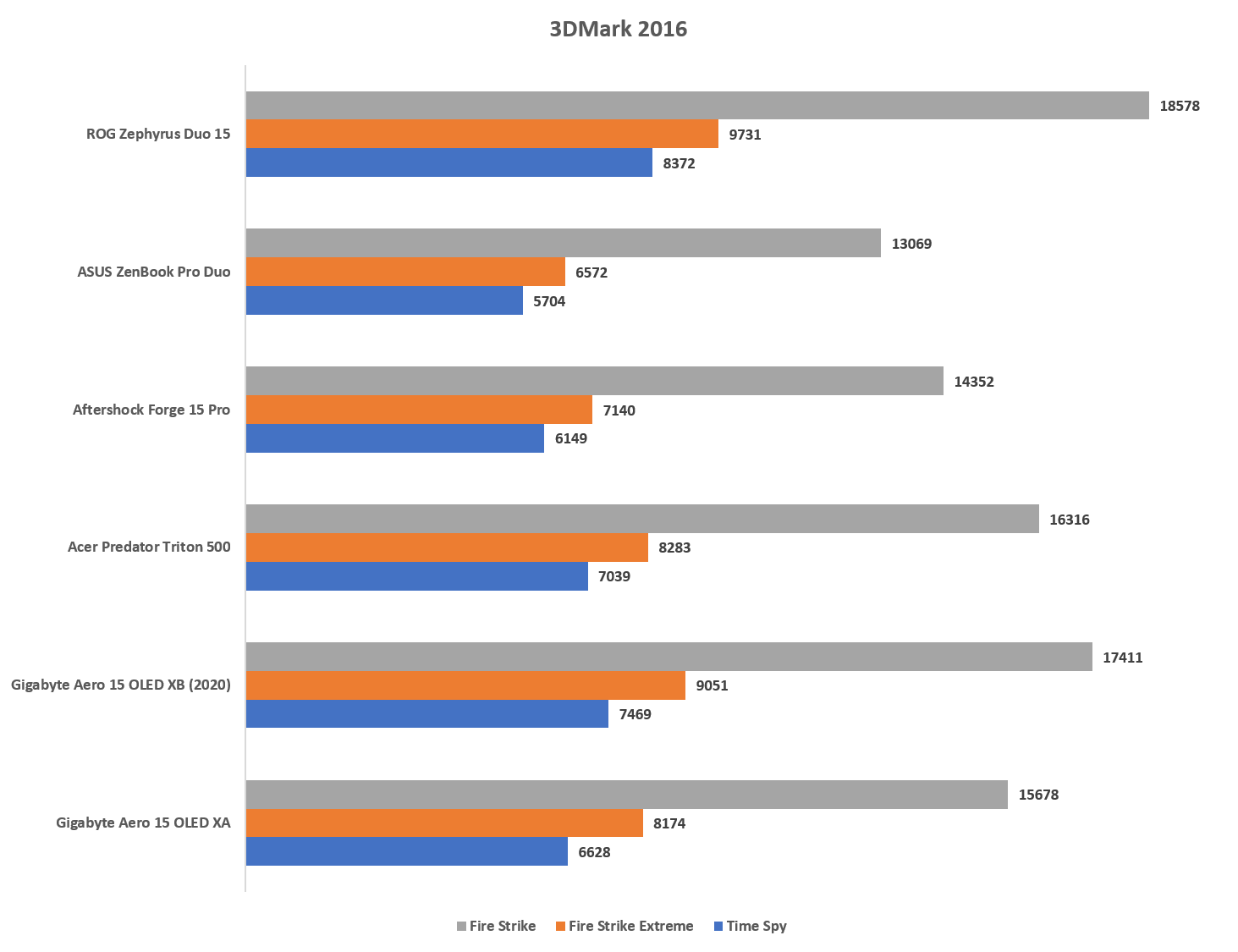 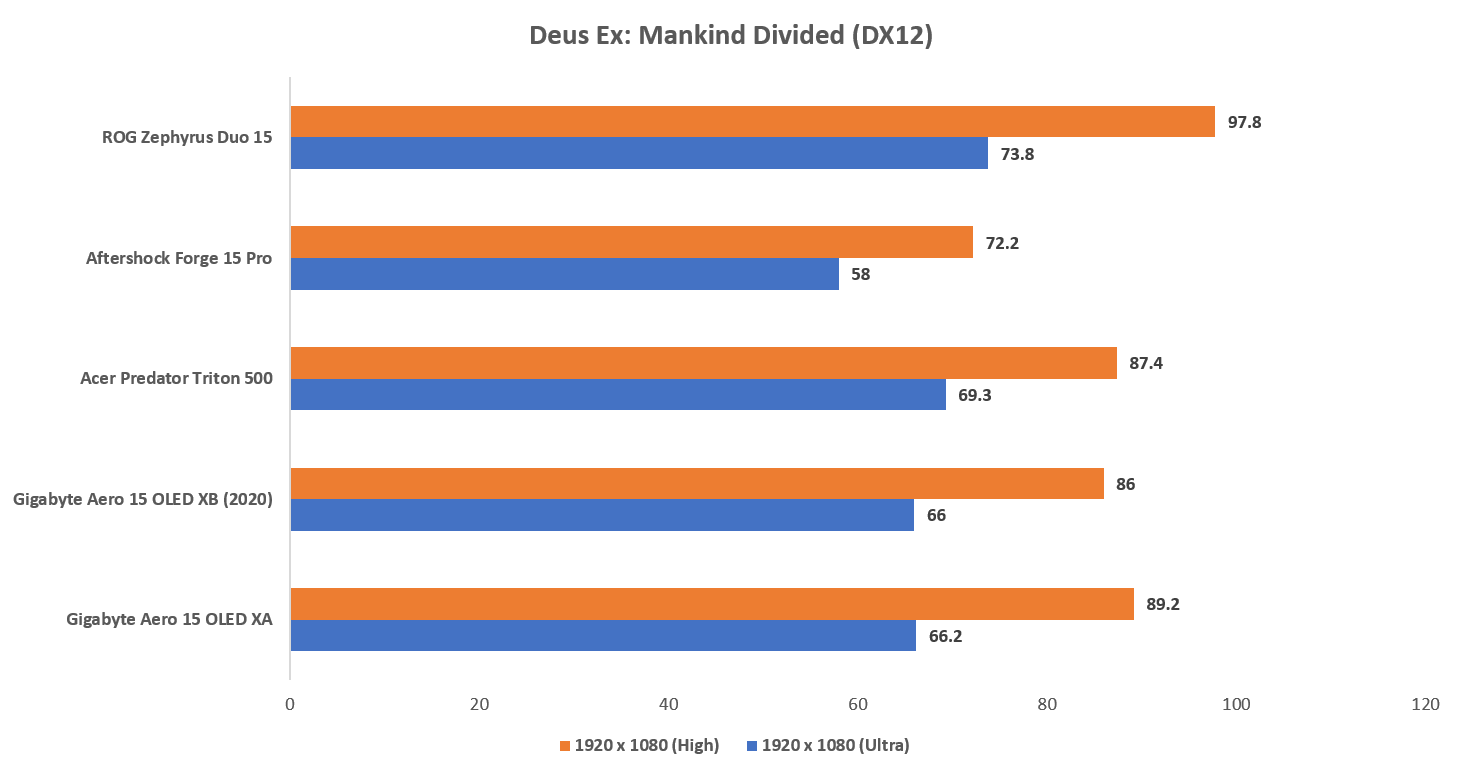 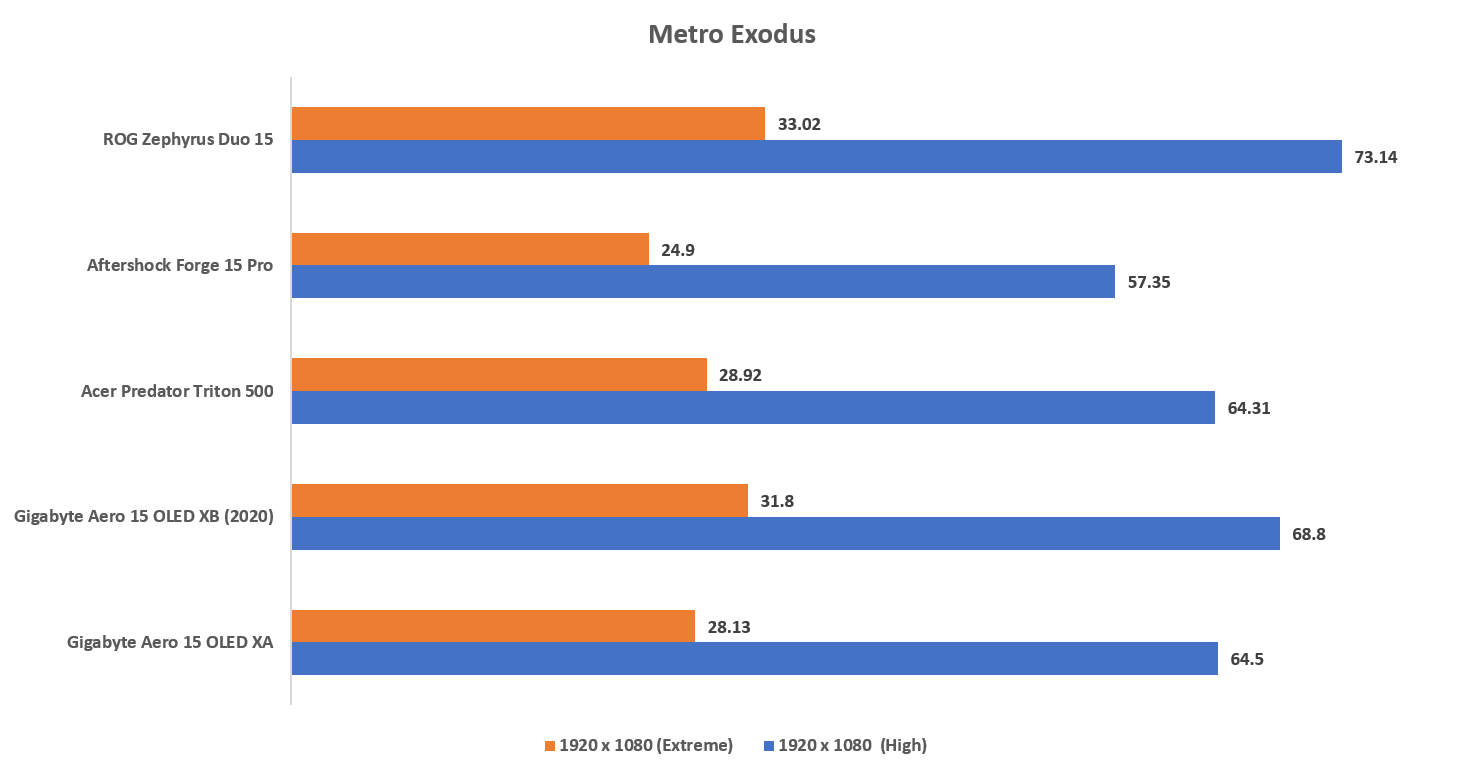 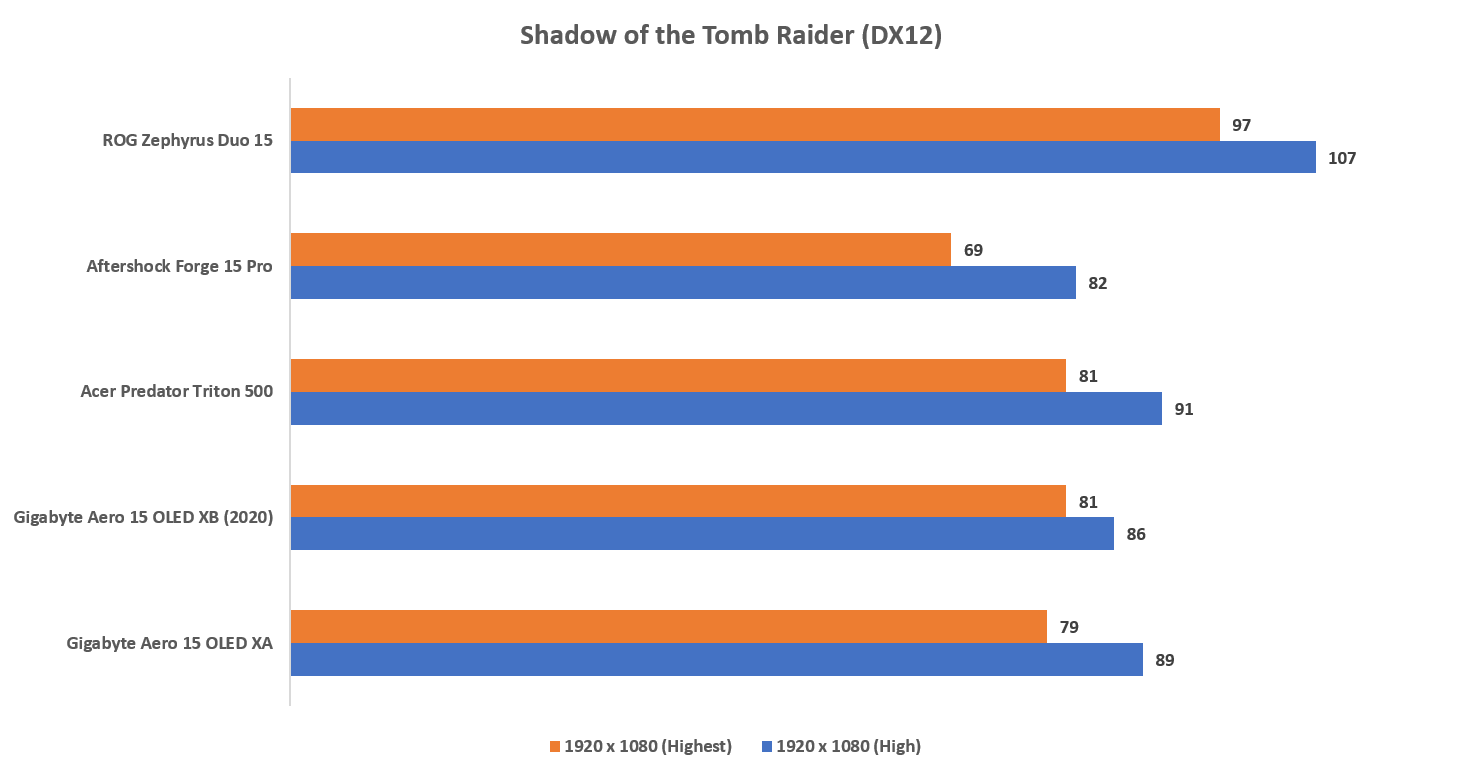 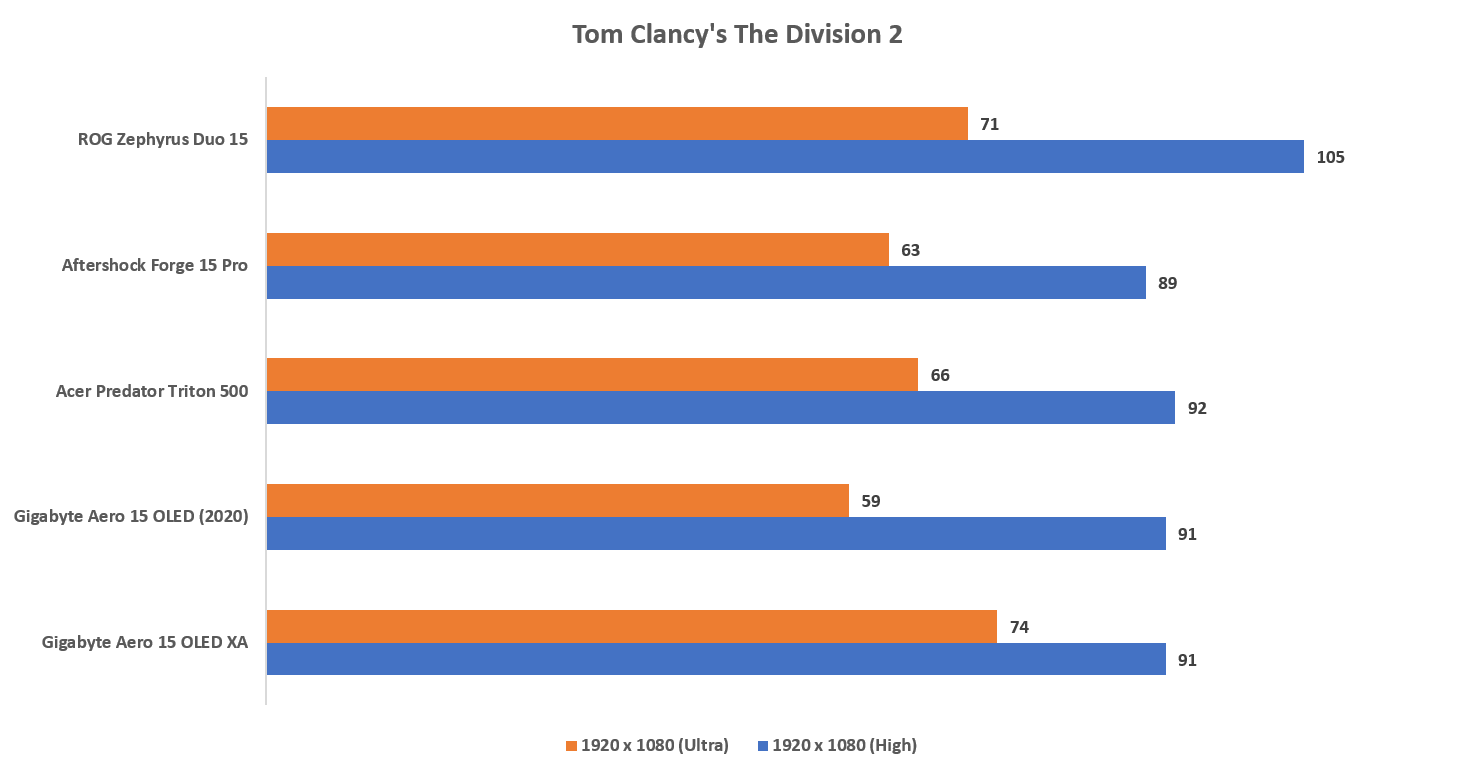 Conversely, I can imagine YouTubers or Streamers who play and create content out of resource-hungry games like Red Dead Redemption 2 Online and Call of Duty: Warzone will get more performance mileage out of the notebook.