For gamers by gamers?

For Gamers by Gamers? 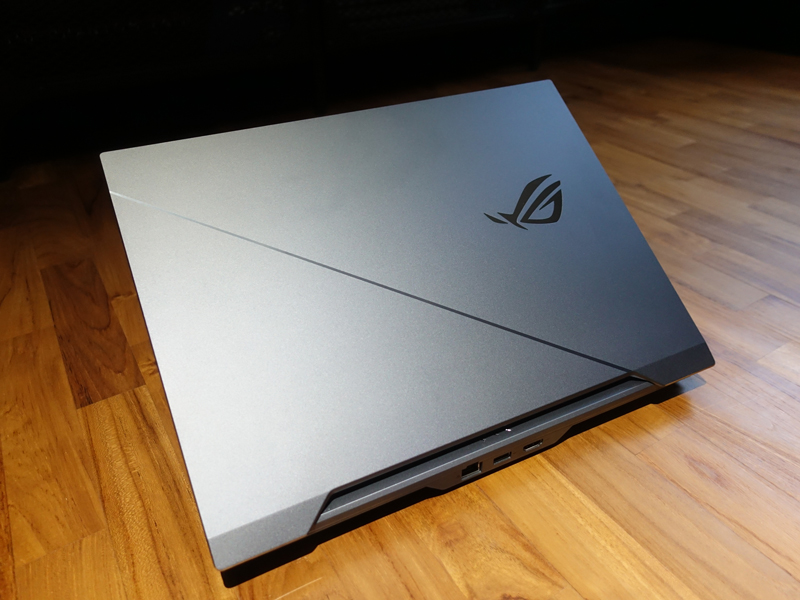 As a ROG-badged gaming notebook, the Zephyrus Duo 15 is without a doubt targeted at gamers. But with the presence of the secondary ROG ScreenPad Plus display, it’s also specifically aimed at gamers who streams and or, create gaming-related content. The second screen have some practical user scenarios here. Here are some examples:

Streamers, for example, can play their APEX Legends or Valorant matches on the 15.6-inch primary screen while having optimised apps like Xsplit Gamecaster run on the secondary display, so that it’s easier to get to your broadcast controls and stream chats. 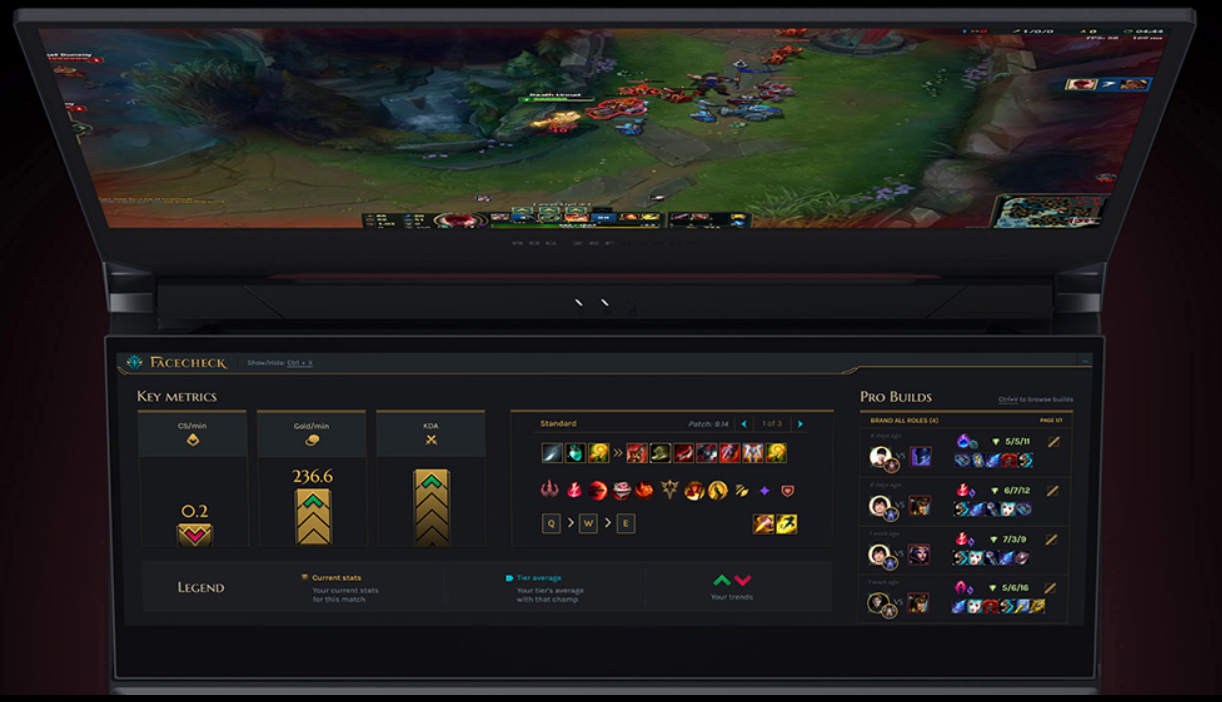 Some games, like DOTA 2, work with Overwolf apps that show you real-time stats, build recommendations. The second screen also allows you to place your team chats or a browser running YouTube video guides at the same time. 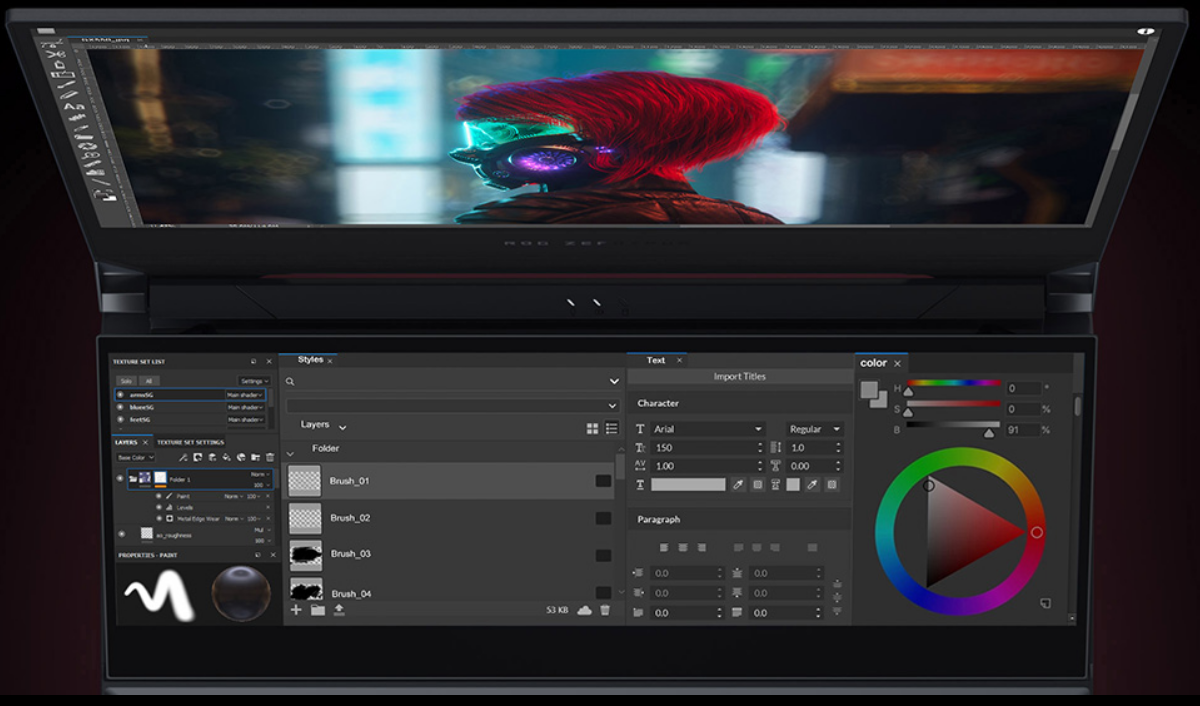 Digital designers could always do with more space on their screen and for those who prefer to do their creative production outside of home, the ROG ScreenPad Plus give you the capability to, for example, move the timeline, layers and other contextual menus in Adobe Photoshop to this second screen.

Basically, Windows sees the ROG ScreenPad Plus as a second display so you can practically use it to display anything you want here. But how practical this additional screen can be will ultimately depends on your usage habits. If you are used to a large desktop-size monitor, then the ROG ScreenPad Plus goes a long way in alleviating one of the biggest shortcomings that come with working on a notebook ― namely a smaller display. Alternatively, if you have always been comfortable working on a notebook and do not face the odd scenario where you need to track two or more programs running simultaneously, then the additional display real estate might be wasted most of the time. 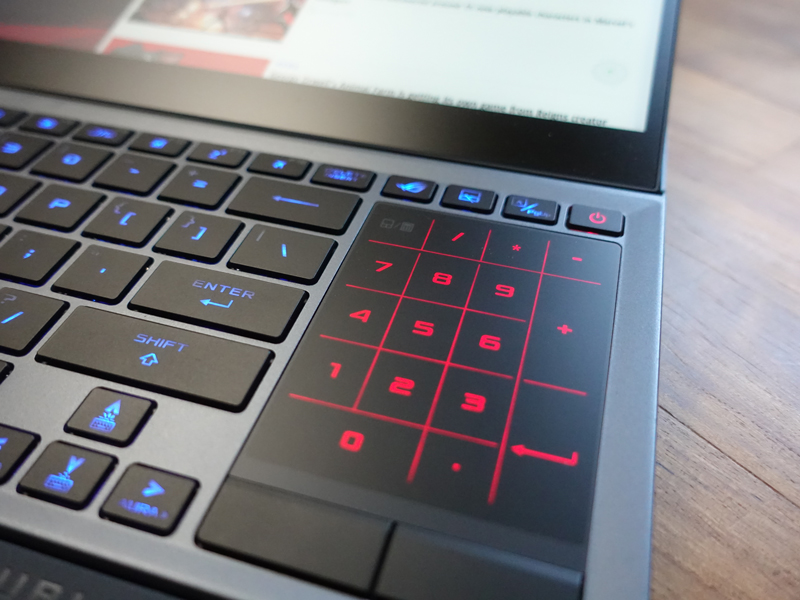 The ROG ScreenPad Plus is not without its shortcomings though. For one, accidentally tapping on it while running a game on full-screen mode will cause you to exit the game and minimise it to the Windows taskbar – a catastrophic nightmare if you’re playing a MOBA or online Shooter game. Second, and not so deadly, is when swiping to the bottom of your screen to search or to click on the taskbar, you might find yourself overshooting and ending up in the ROG ScreenPad Plus. But perhaps what I find to be shortcomings could just be minor niggles that can be overcome or get used to for some.