The first ever ROG Strix motherboard 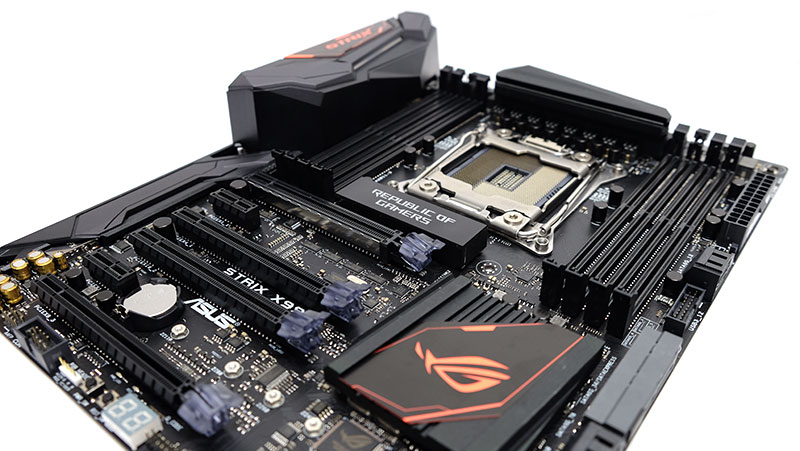 Intel’s new Broadwell-E processors have sparked off a round of motherboard refreshes from the various manufacturers. There isn’t a new ultra-enthusiast platform to replace Intel’s X99 chipset (it debuted in 2014), but god forbid that board makers let you plug that precious 10-core Intel Core i7-6950X into something that launched in 2015.

These new Intel X99 motherboards are coming in hot and fast, and most of them are actually riding on what appears to be one of the biggest trends in computer hardware now – RGB lighting. Whether that term elicits a whoop or groan from you (seriously, some of this stuff is really lurid, and not in a good way at all), the fact remains that RGB illumination has become de rigueur on high-end gaming components today.

They’re the norm, rather than the exception, and regardless of whatever fancy name has been appended to them – ASUS Aura, Gigabyte Spectrum, or MSI Mystic Light – they all do more or less the same thing.

Striking, yet not too garish 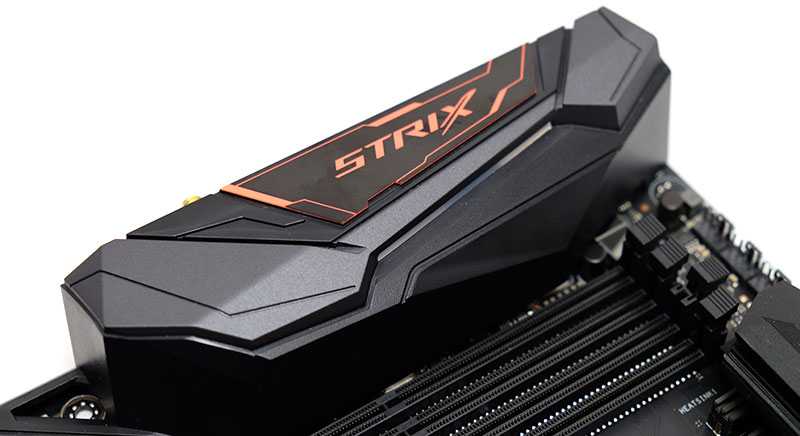 Happily enough, ASUS has done up the board in quite a tasteful manner. It is very easy on the eyes, and you’ll have the option to turn the LEDs off if you’re aiming for a more subtle look. Nevertheless, we think that the majority of people who buy the ROG Strix aren’t aiming for subtle, and they’re going to want to take full advantage of the onboard LEDs. 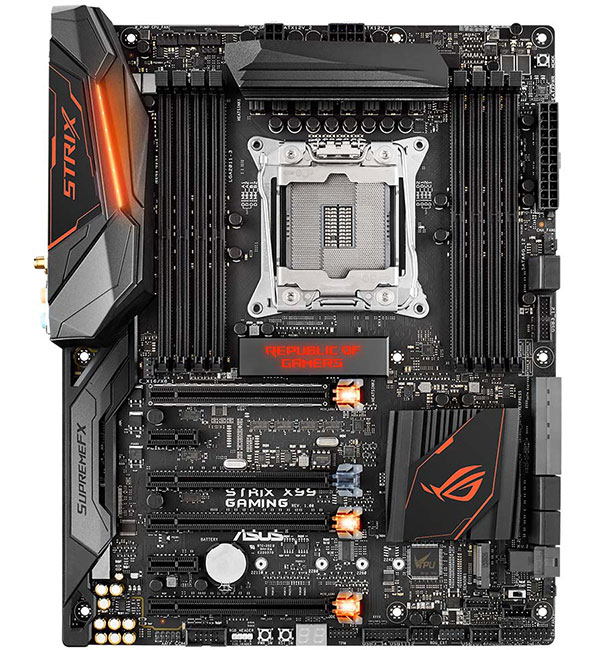 With that said, the entire board is actually rather muted in appearance, and is only punctuated by the neon orange decals on the I/O cover and PCH heatsink, which actually echo the copper accents of ASUS’ other ROG products. But if orange isn’t your thing, you can actually switch out for a different color. The board comes bundled with three different colored sticker decals which you can stick over the I/O shroud and PCH heatsink, which may come in handy if you want the board to match your choice of lighting. 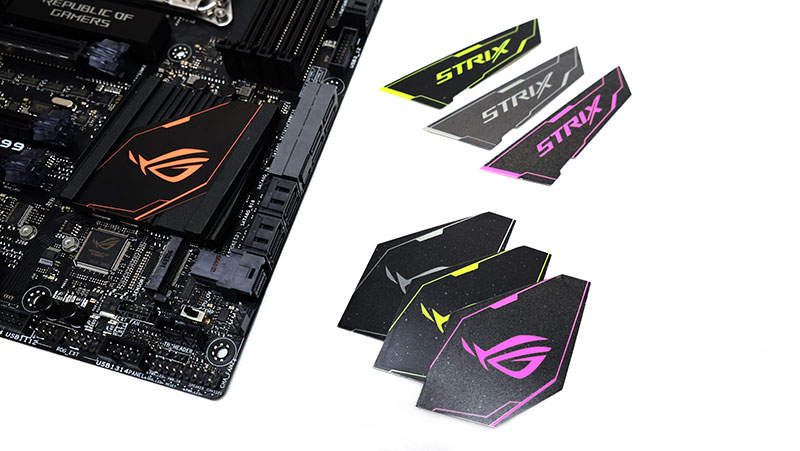 The translucent PCIe slot clips will light up when the board is powered on, as will the area around the I/O shroud and the Republic of Gamers logo below the CPU socket. 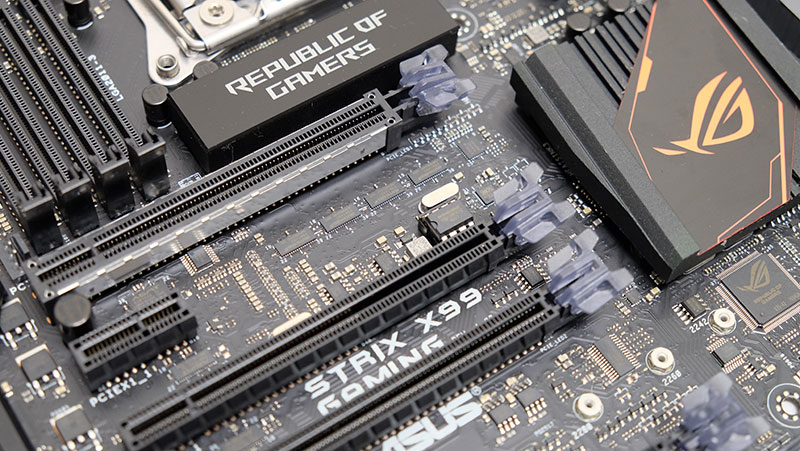 The lights are controlled via the ASUS Aura lighting control software, and it will work with any ASUS’ ROG Strix graphics card, as long as the card supports the Aura lighting. We tested the board with the ROG Strix GeForce GTX 1080, and the software automatically detected the card, which made customizing the lighting effects relatively hassle-free.

For starters, you can choose to control the LEDs on the motherboard and graphics card as a single group, or you can opt to tweak them separately. There’s a considerable amount of fine-grained control over this, and the board actually has three separate zones – Back I/O, Center, and PCIe – that can be customized independent of each other.

To cap things off, ASUS has even made it possible for you to set the lights to change in response to the CPU temperature or the beat of your favorite track. 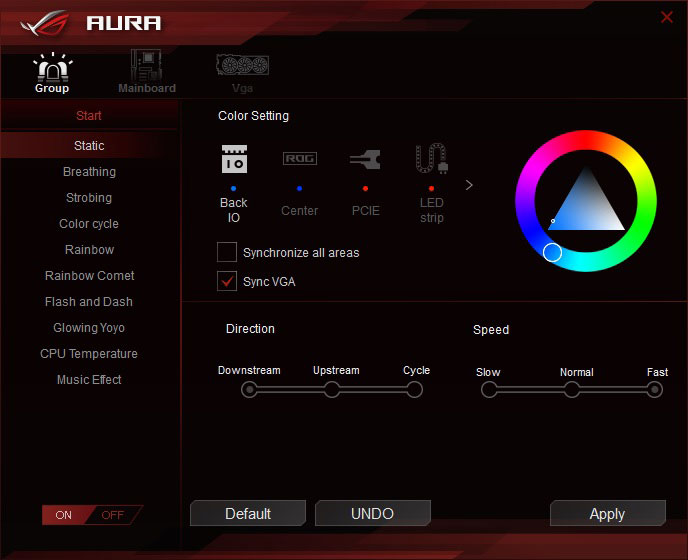 But what if the board still doesn’t have enough bling for you? If that’s the case, you’ll probably appreciate the inclusion of a 4-pin RGB header at the bottom of the board. This will work with third-party 5050 RGB LED strips and supports up to 2 meter strips. Strips connected via this header can be controlled through the Aura software as well, so you can synchronize the lighting effects across the entire system with little trouble. Write a Review
Compare This | Specifications
Striking looks and plenty of lighting customization options
Good overclocking performance
Supports MU-MIMO Wi-Fi
Well-designed BIOS is easy to navigate
No dual BIOS
Only one metal-reinforced PCIe slot
Our articles may contain affiliate links. If you buy through these links, we may earn a small commission.
Sponsored Links