I measured the external temperatures of the four quadrants of the notebook after 40 loops of 3DMark's Fire Strike Extreme stress test. This amount of time is more than enough to get an idea of your average maximum running temperature for this workload.

While the Scar II runs slightly hotter than the competition, that’s probably to be expected given its more powerful GPU. More importantly, surface temperatures on the palm rests were considerably cooler than their thinner and lighter competitors, so the Scar II should turn out to be more comfortable to use during extended gaming sessions. 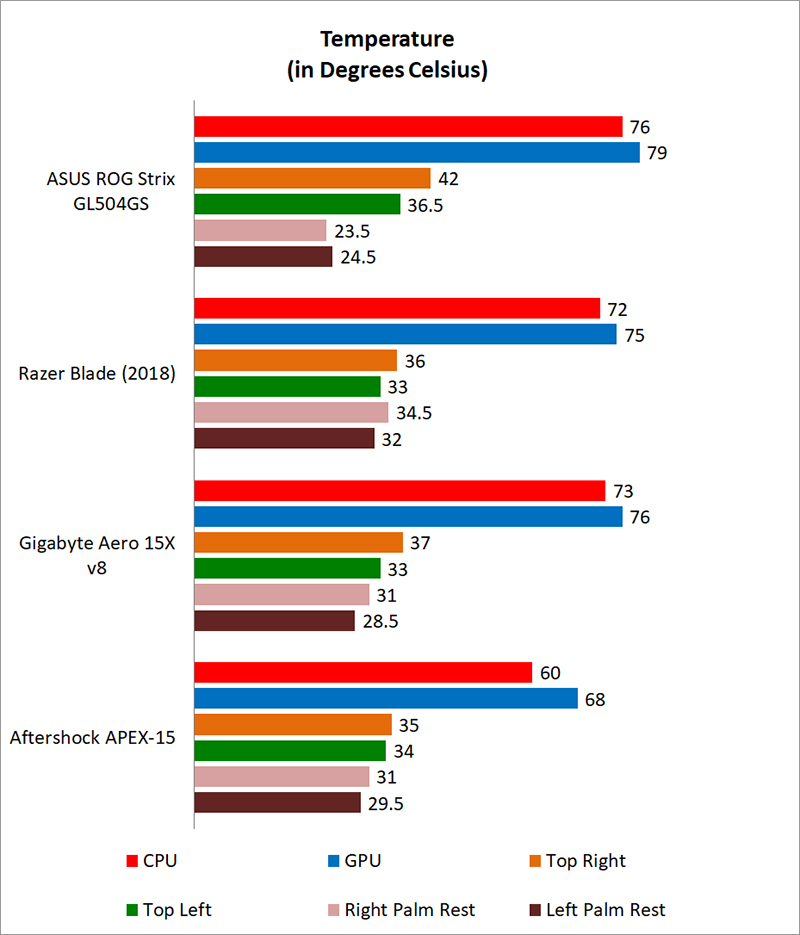 Battery life isn’t the strongest aspect of the Scar II. In fact, the 66Wh battery couldn’t even sustain the laptop for two hours in PCMark 8’s Home battery life test. And considering that laptops like the Gigabyte Aero 15X and Razer Blade are thinner but still have larger batteries, that’s a little disappointing. Of course, the Scar II would still be hampered by the lack of any Max-Q optimizations for power efficiency, but it feels like ASUS could have done more to ensure that battery life wasn’t completely abysmal.

Either way, this is clearly a gaming system first and foremost, so the company was probably betting that battery life wouldn’t be a priority for its target audience. 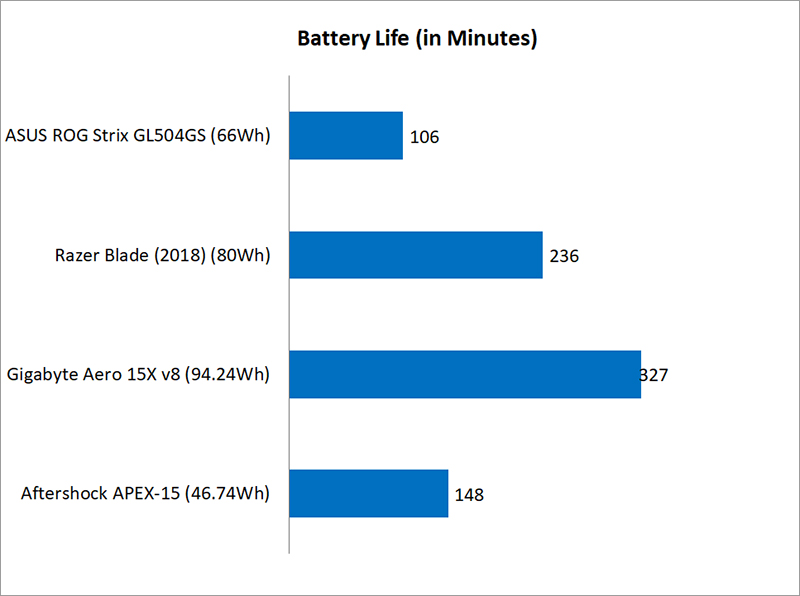 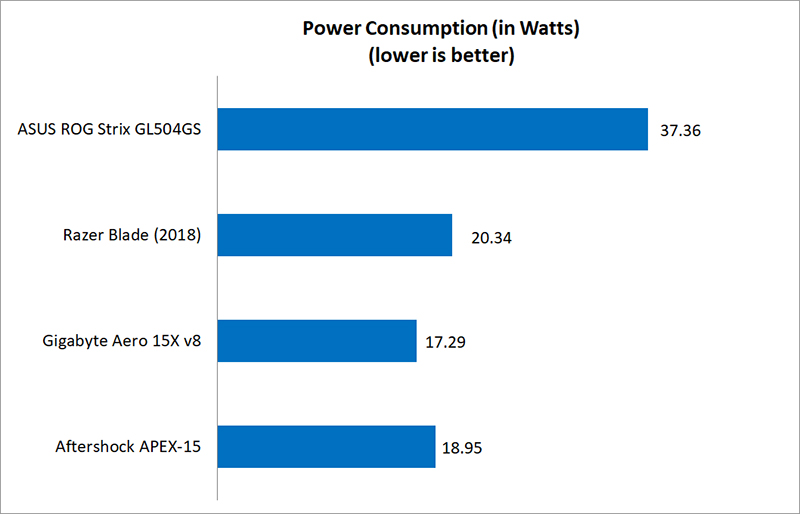 The portability index is an objective measure of how portable a notebook is, taking into account factors like size, weight, and battery life.

Given its heavier weight, bulkier dimensions, and much shorter battery life, it’s not surprising to see the Scar II trail the Max-Q notebooks by a large margin here. This isn’t a laptop that can double as a mobile workstation, and you’ll always have to make a mental note of where the nearest power outlet is. 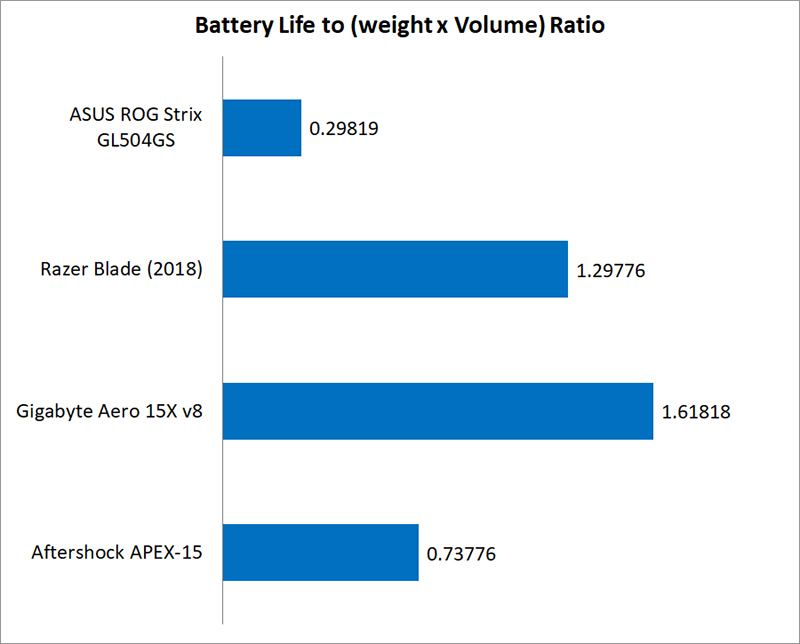