I’ve chosen to compare the Scar II against Max-Q notebooks like the Razer Blade and Gigabyte Aero 15 v8 to illustrate the advantages of a full-speed GeForce GTX 1070. In addition, the Aftershock APEX-15 was included to provide a better idea of the other available options.

The ASUS ROG Strix Scar II was overall around 13 per cent faster than the Razer Blade. It’s unhampered by concerns about power efficiency, and it outperformed the GeForce GTX 1070 Max-Q in the Razer Blade across all workloads, particularly in digital content creation and gaming. 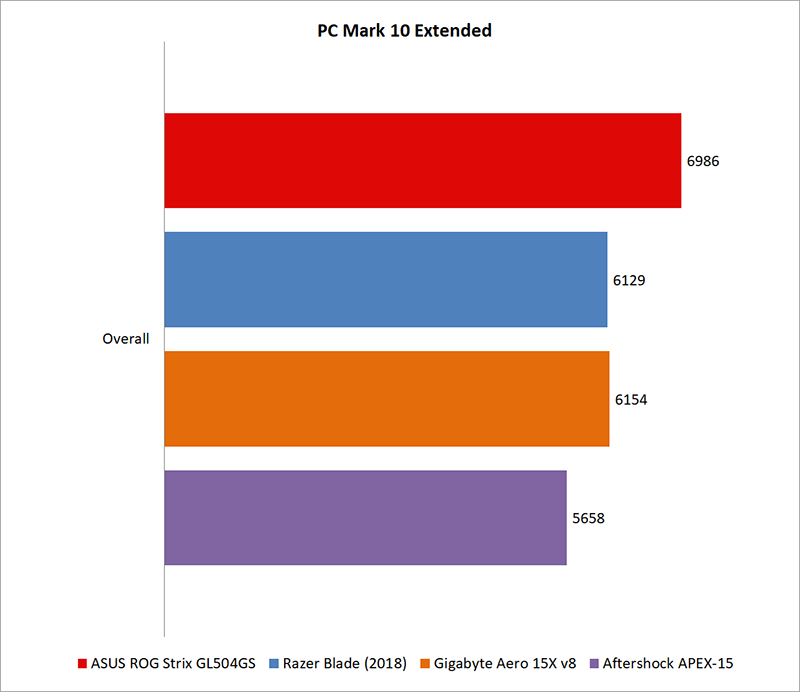 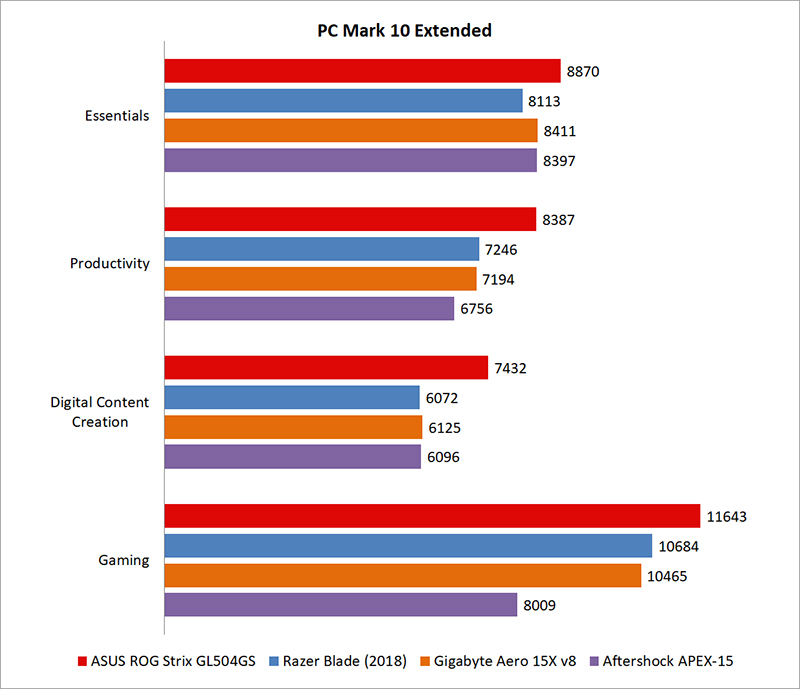 In 3DMark Fire Strike, the Scar II was 13 per cent quicker than the Razer Blade. That’s largely thanks to the GeForce GTX 1070 that’s clocked higher at 1,443MHz, compared to the 1,215MHz on its Max-Q counterpart. The Scar II passed the Orange Room test with ease, beating out the Razer Blade by around 6 per cent. Oddly enough, the Scar II didn’t do too well in the DirectX 11 benchmark, the same as the Gigabyte Aero 15X. That said, it surged ahead in the DirectX 12 benchmark, coming level with the Razer Blade. That could be due to issues at the firmware level, and Ashes could just be a fluke that doesn’t really properly illustrate the performance advantages of the Scar II. Mankind Divided is one of the most demanding titles to run today, but the Scar II is more than capable of delivering a playable experience.

However, it wasn’t that much faster than the Razer Blade, inching ahead by a just a few frames at both High and Ultra settings. It’s possible that the game is already pushing the limits of the CPU, so switching over to a slightly more powerful GPU didn’t do much to improve performance.

The Scar II did slightly better in The Division, and it was around 6 per cent quicker than the Razer Blade at High settings. At Ultra settings, it was roughly 9 per cent faster. As a result, while I’d estimate the performance advantage of the GeForce GTX 1070 as being approximately 10 per cent ahead of the Max-Q version on average, it’s clear that this can vary a lot on a game-by-game basis.