We ran a 40-loop run of 3DMark’s Fire Strike Extreme stress test to obtain our temperature figures. A infrared gun was used to measure the surface temperatures at the four quadrants of the notebook.

While temperatures never appeared particularly worrying, one slightly disconcerting sign is the notebook’s failure to pass the 40-loop stress test with a frame rate stability of above 97 per cent, the passing mark for that test.

The ROG Strix GL702ZC came in at around 90 per cent, which points to some thermal throttling going on. In other words, the GPU is only capable of operating at close to its maximum performance around 90 per cent of the time.

I’m reminded of the quirk in the cooling design again, where fewer heat pipes were dedicated to the GPU than the CPU. It’s difficult to say for sure that this is the reason for the laptop failing to pass the stress test, but it sure looks like a possibility. Furthermore, both these components are not cooled independently of each other, so heat output from the 65W CPU could also be affecting GPU performance. 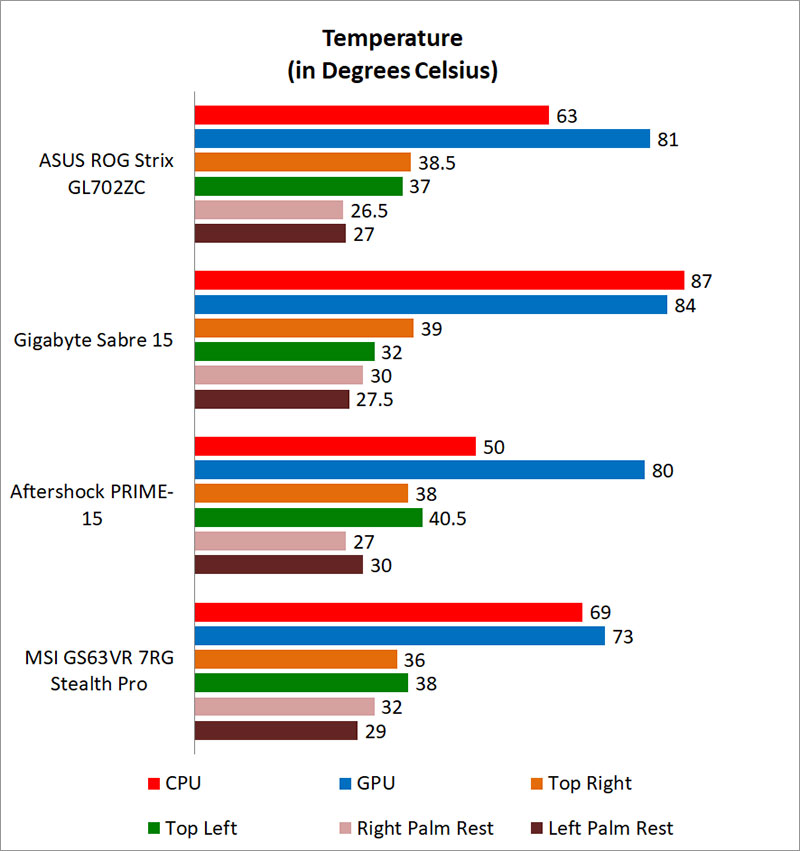 PCMark 8’s Home benchmark was used to measure battery life on all the systems, which had their keyboard backlighting disabled and displays set at 50 per cent brightness  From that result, a power consumption figure was then calculated based on the battery capacity and how long it lasted.

Unfortunately, battery life simply isn’t the ROG Strix GL702ZC’s strong suit, and the notebook performed rather poorly. The idea of a desktop Ryzen processor is certainly appealing, but the lack of any integrated graphics means that the laptop will be utilizing the discrete GPU at all times. There’s no way to switch over to an iGPU, and the higher power consumption clearly has a big negative impact on battery life. 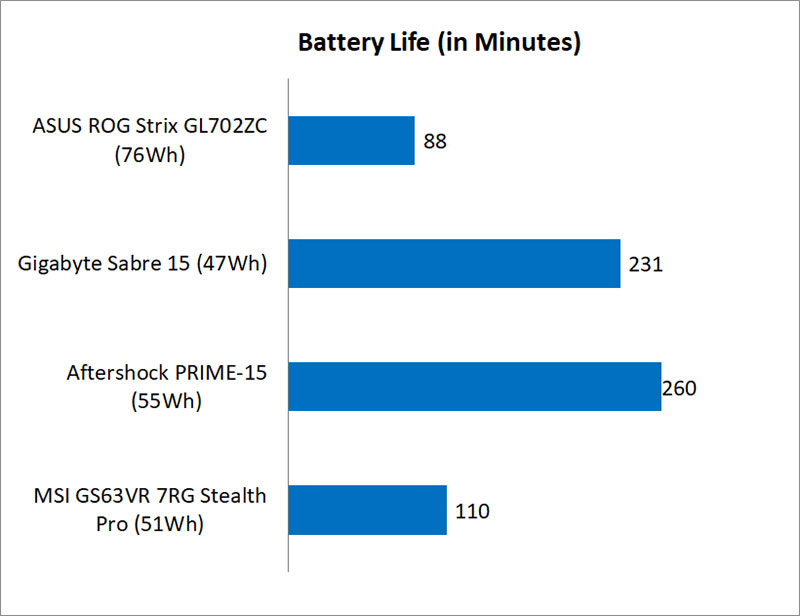 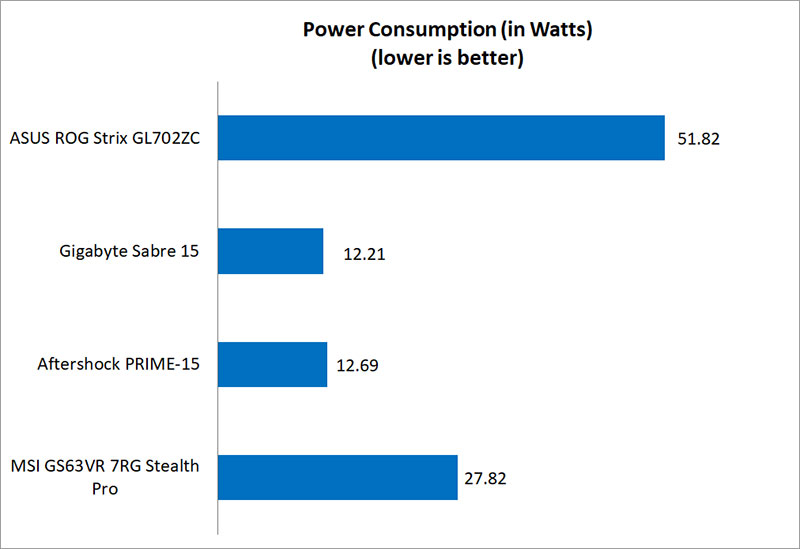 The abysmal battery life and chunky dimensions quite literally dragged the ASUS notebook down here. You won’t get far once you’ve unplugged, and the laptop has no business running off its 76Wh battery for any extended period of time.

It’s also pretty large and heavy, so even if battery life were decent, it’d still be quite a chore to lug around. 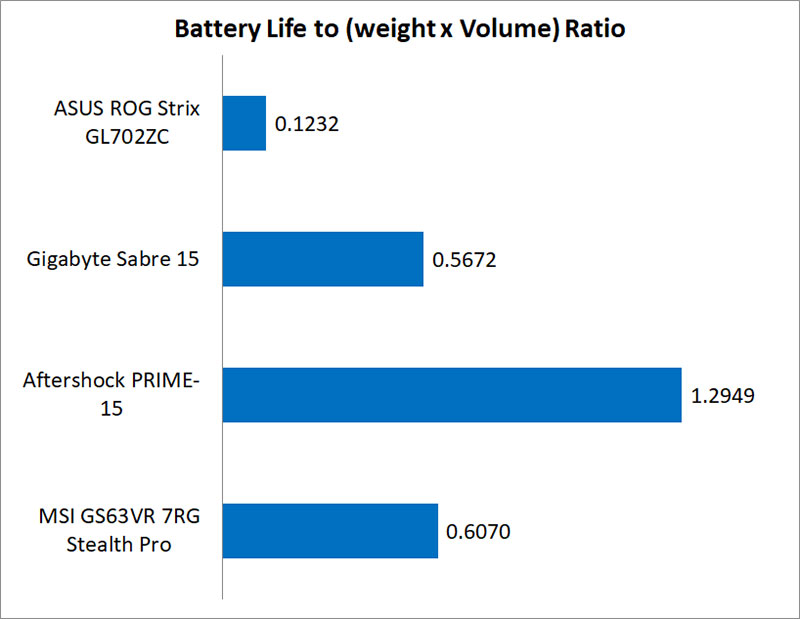 Write a Review
Compare This | Specifications
Excellent multi-threaded performance thanks to desktop Ryzen 7 1700 CPU
Great speakers and display
Decent gaming performance
Very poor battery life
Thick and heavy design
Noisy fans
Cooling system does not seem to be adequate
Our articles may contain affiliate links. If you buy through these links, we may earn a small commission.
Sponsored Links