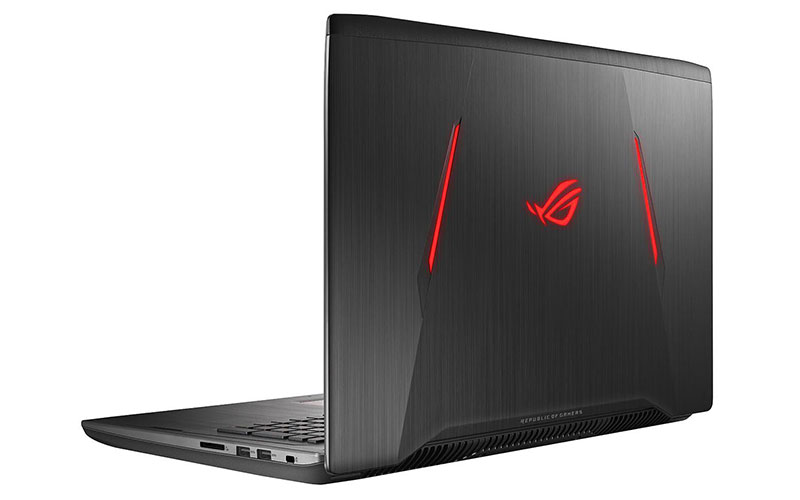 The ASUS ROG Strix GL702ZC is a laptop made for AMD fans. While tech geeks were getting excited about the announcement of the Ryzen mobile processors and what they would bring to the notebook space, ASUS decided to throw a wrench into people’s expectations and make a laptop powered by AMD desktop hardware. Here's a quick intro video of what you can expect:-

The best part is that you can buy this now, while laptops with official Ryzen mobile processors are still nowhere to be seen on our shores.

Instead, you get a Ryzen 7 1700 desktop chip, an 8-core/16-thread part with a base clock of 3.0GHz and maximum turbo core speed of 3.7GHz. The clock speeds aren’t anything to shout about, but an 8-core CPU on a laptop is something you don’t see every day.

Even the overclockable Intel Core i7-7820HK is just a 4-core/8-thread chip, so the Ryzen 7 1700 affords considerable oomph in the multi-tasking department. However, it’s questionable whether this is the right choice for a gaming laptop, as we’ve already established that gaming isn’t Ryzen’s strong suit, especially at the 1080p resolution that the ROG Strix GL702ZC uses.

Work is being done to optimize apps for Ryzen, but there’s still some way to go before you can confidently say that more threads will net you a performance boost in games.

That aside, the laptop also comes with a desktop-class Radeon RX 580 4GB graphics card and support for AMD FreeSync, so it’s a match made in heaven for proponents of AMD’s hardware and technology.

Here’s an overview of the rest of the specifications:

The above spec will cost you S$2,698, which is a relatively affordable price in a market where powerful gaming laptops normally go well over S$3,000.

Still, the ROG Strix GL702ZC goes up mainly against the pairing of the Intel Core i7-7700HQ (2.8GHz, 6MB L3 cache) and NVIDIA GeForce GTX 1060 6GB. Laptops with the latter configuration retail for cheaper – for instance, the Dell Inspiron 15 7000 Gaming costs just S$2,199 – and have proven to be quite capable at handling modern games at 1080p.

Read on to find out how the ROG Strix GL702ZC stacks up against the competition.

Write a Review
Compare This | Specifications
Excellent multi-threaded performance thanks to desktop Ryzen 7 1700 CPU
Great speakers and display
Decent gaming performance
Very poor battery life
Thick and heavy design
Noisy fans
Cooling system does not seem to be adequate
Our articles may contain affiliate links. If you buy through these links, we may earn a small commission.
Sponsored Links