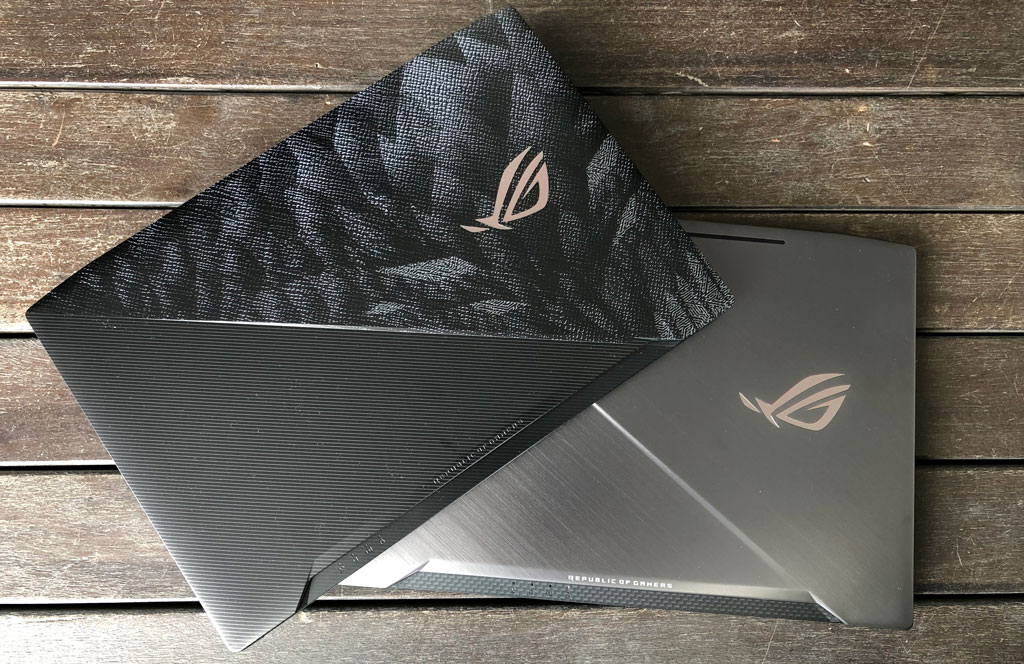 The ASUS ROG brand has always been synonymous with high performance gaming, especially from their range of gaming notebooks such as the overkill ROG GX800 or the innovative ‘transformable’ ROG Zephyrus GX501. In short, you can always expect ROG to come out with a special trick or two with their notebooks that makes them popular with gamers.

With the new ROG Strix GL503, ASUS is switching things up a little with its mid-range line of gaming notebooks. The ROG GL503 Hero and Scar editions are really two of the same, well somewhat, notebooks targeted at MOBA and FPS gamers respectively, and they each feature genre-specific design to stand apart from each other.

The Hero and the Scar

The 15.6-inch GL503 Hero (GL503VM) edition laptop that we are testing features highlighted QWER keys, which corresponds to common key bindings in games like DOTA 2 and League of Legends. Crucially, it also features a 120Hz IPS display panel, so that your matches should be smooth, responsive, and fluid. The Hero is also adorned with ROG’s design signature Mayan patterns, and some gamers might prefer the fancier looking lid than that on the Scar’s.

That said, the latter isn’t by any means plain, and it comes with a gunmetal gray lid that I’d personally prefer. As a notebook designed for FPS gamers, the Scar comes with highlighted WASD keys and a 0.25mm-deep concave on these keys, which is absent from the Hero version. It may seem trivial, but the shape is supposed to help guide your fingers back into place quickly in the heat of a firefight. Our Scar test unit is the 15.6-inch (GL503VS) and comes with a 144Hz refresh rate. A 17.3-inch (GL703VM) model is available at retail too, if you prefer a larger display, but its refresh rate is limited to 120Hz.

Both laptops’ 1080p screen are good, and the IPS display throws out bright, vibrant colors with good viewing angles, and made gaming with titles like DOTA 2, Counter-Strike: Global Offensive to Overwatch quite the visual treat. The matte display also made sense for gamers, as they provide lesser distractions than glossy coated ones. 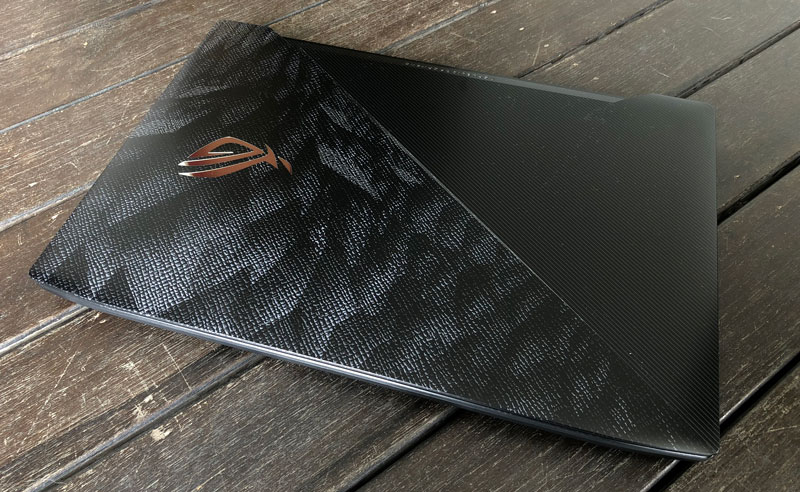 The dual 3.5w speakers work pretty well for a laptop too. They can go reasonably loud while maintaining good clarity, and it's difficult to expect much more from traditionally lackluster notebook speakers.

Personally, I’m not a huge fan of outrageous designs that we see in many gaming-centric laptops; with bright LEDs, sharp edges and aggressive color accents. I can appreciate that these new ROG Strix laptops are a lot tamer than most. It’s a personal opinion, of course, and some of you may still prefer a design that screams “hardcore gamer!”. 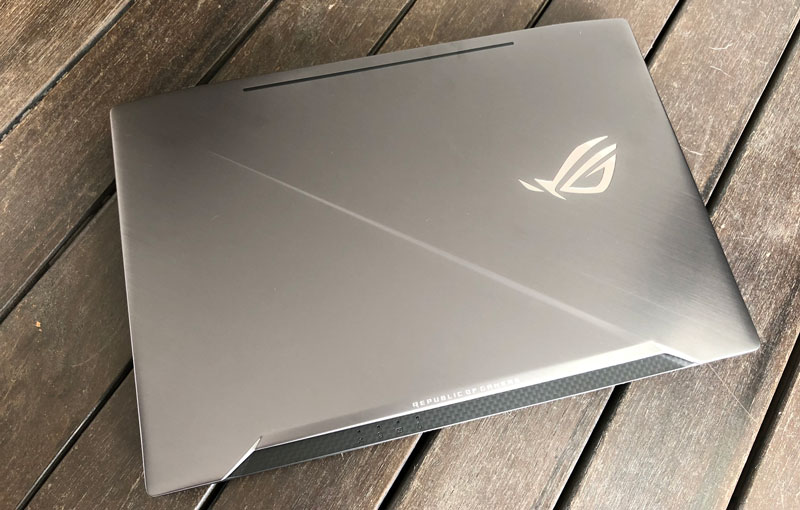 Finally, both the Hero and Scar notebooks that we have here are powered by an Intel Core i7-7700HQ processor and 16GB of DDR4 RAM.

The main differences between the two laptops lie in the graphics configurations. The Hero comes with an NVIDIA GeForce GTX 1060 6GB graphics unit, while the Scar comes with a more powerful NVIDIA GeForce GTX 1070 8GB. Ostensibly to better support shooter games, which are generally more visually demanding than MOBA titles. The Scar also gets a larger 256GB PCIe SSD and 1TB HDD, while the Hero settles with a smaller 128GB PCIe SSD (although it also gets a secondary 1TB HDD drive).

Here are the rest of the GL503’s Scar and Hero specifications:

So, what do we think of the laptops? Let’s find out.