A sneak peak at performance

How fast is it?

We won’t be running our full suite of performance benchmarks until we do a full review, but here’s a teaser of what to expect from the "mobile" GeForce GTX 1070.

However, the performance differential was a lot more pronounced at lower resolutions or less demanding graphics settings. For instance, the desktop GeForce GTX 1070 was 15 per cent quicker than the mobile card in 3DMark Fire Strike. While part of the discrepancy can be attributed to the vast different in the CPU of the notebooks as opposed to our graphics card testbed system using a Haswell-E processors, we’ll still have to wait to do a full review before we can say if this is indeed the case in other games and to what extent the CPU differences have contributed to the results of the various tests.

Having said that, the most impressive part of all this is probably the fact that the mobile GeForce GTX 1070 manages to outstrip a desktop GeForce GTX 980 graphics card! And this is the actual desktop card mind you, and not the mobile variant. The way it looks, NVIDIA’s mobile cards are truly making gaming notebooks a viable alternative to a traditional gaming desktop, and it’s not every day you see a mobile option that so handily beats what was once a desktop flagship. 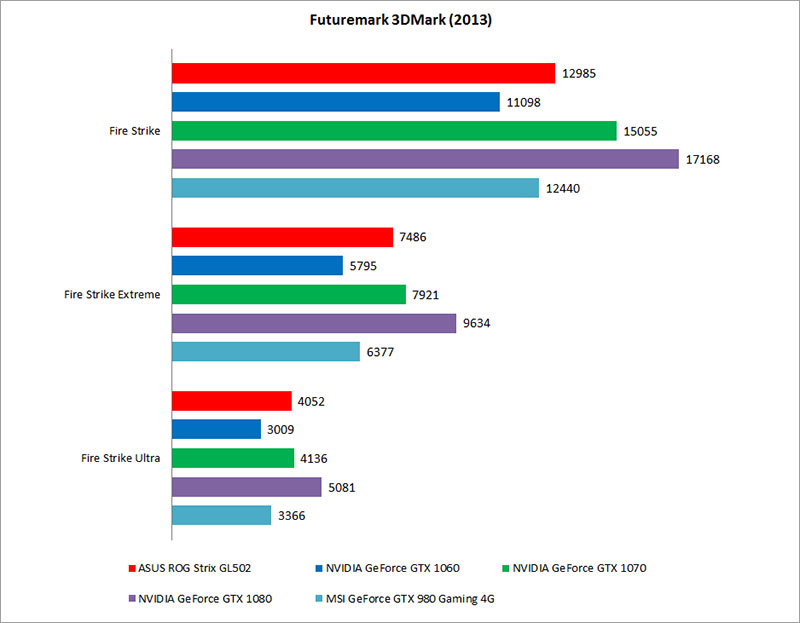 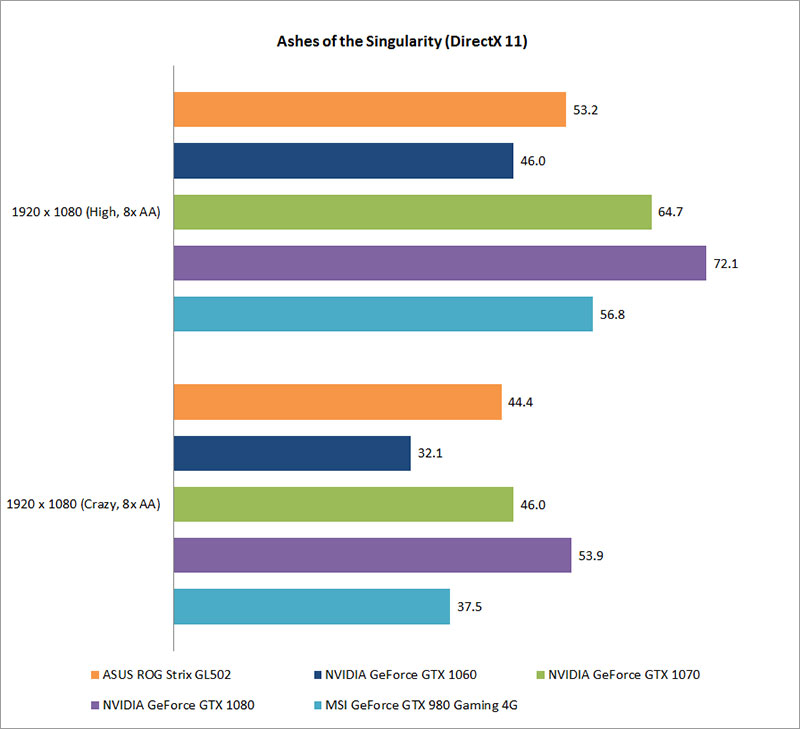 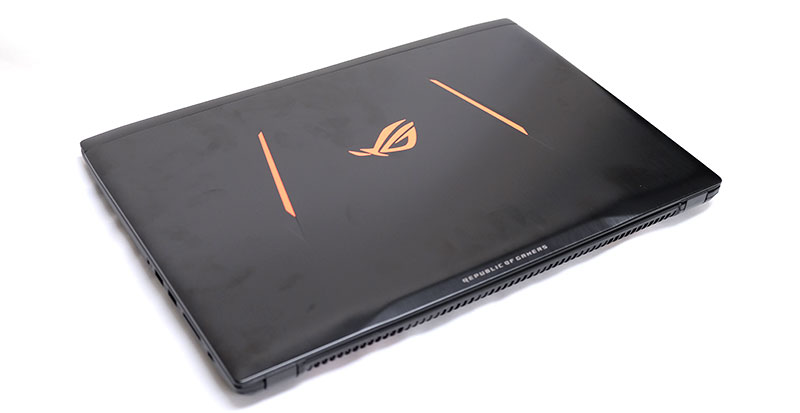 As far as high-end gaming notebooks go, these lean toward the more affordable end of the price scale, and ASUS is bundling them with freebies like a backpack, a pair of ROG circumaural stereo headphones, and the 5,000DPI ROG Sica optical gaming mouse.

We’d argue that NVIDIA’s new mobile Pascal GPUs add a ton of value to any purchase of a gaming laptop. Before, we were always disinclined to recommend gaming laptops to serious gamers looking for the best bang for their buck, because a desktop would always be far faster and cost less. But now that the Pascal cards are offering performance on a similar level as previous generation flagship desktop cards – or even rivaling their desktop equivalents – buying a gaming laptop like the ROG Strix GL502 has never looked as enticing as now.