While the ASUS card has a more aggressive boost clock speed of 2,640MHz in OC mode, compared to the Founders Edition card's 2,610MHz, the slight bump doesn't really net that big of a performance jump. There were negligible differences between both cards in 3DMark. 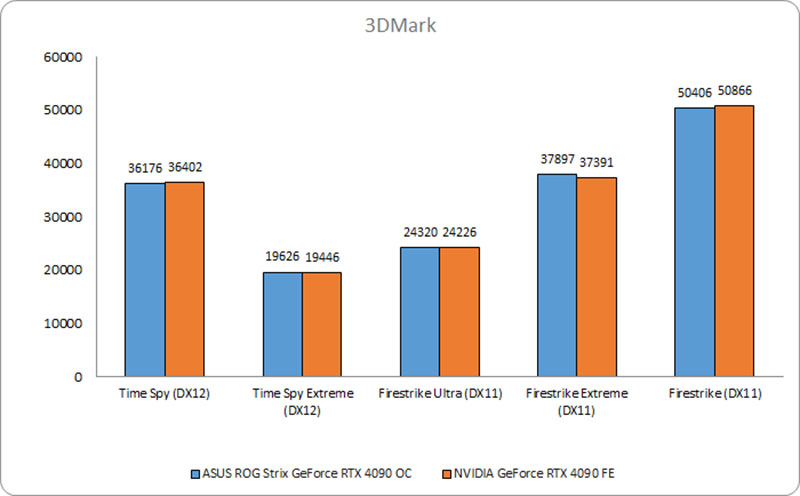 In real-world games, the ASUS card inched ahead by a few frames in most titles, but it's not something you'd want to waste time splitting hairs over. 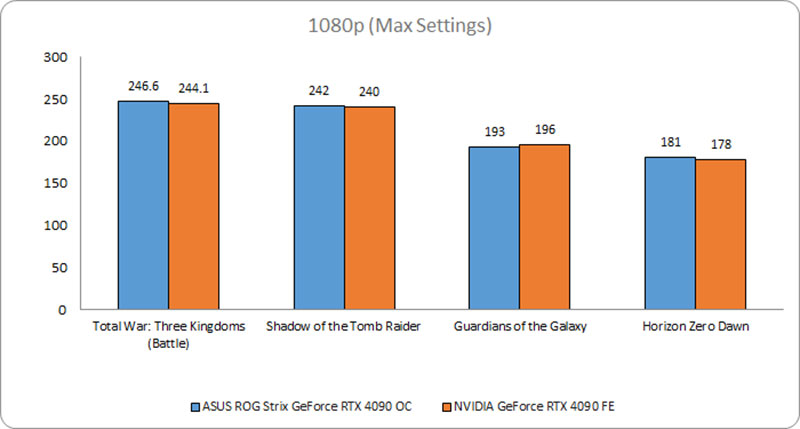 The same was true at 1440p. Both cards traded blows, depending on the title, and it was difficult to tease out a clear winner. 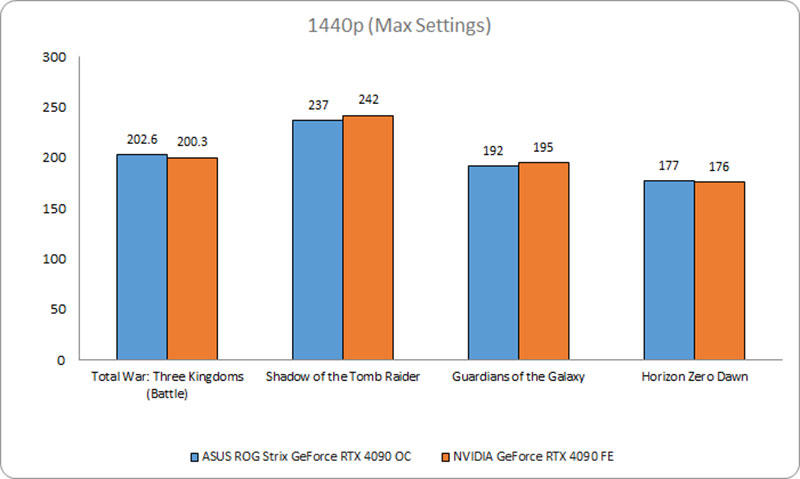 Both cards maintained their neck-and-neck performance at 4K. If you're deciding between the two, gaming performance is not likely to be differentiating factor. 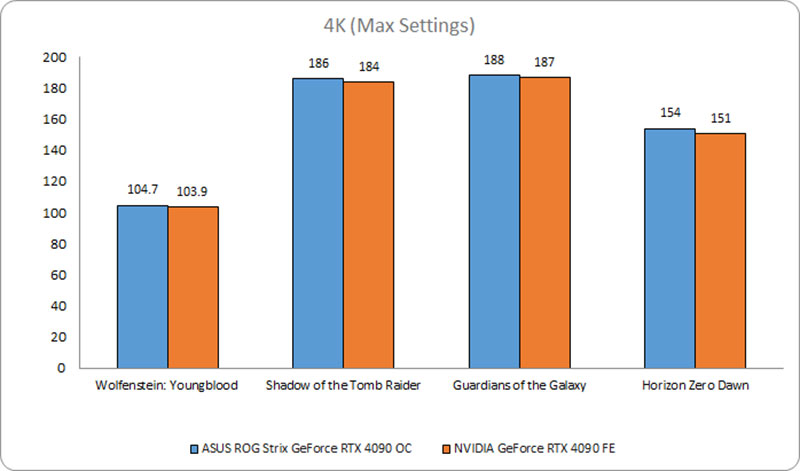 With ray tracing turned on, performance unsurprisingly takes a hit. However, the ASUS card still maintains a slight lead of a couple of frames. 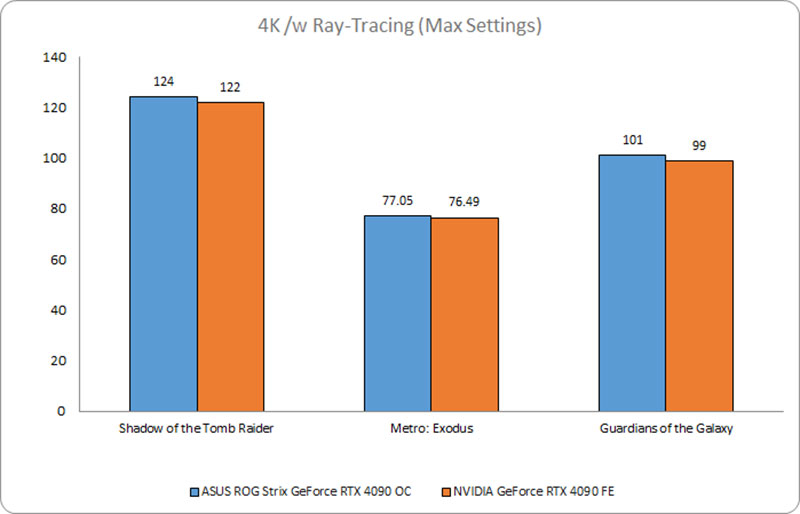 Cooling performance is what really matters when it comes to a comparison between these two cards. With its upgraded cooler that simply dwarfs everything else, the ASUS card was able to shave nearly 8°C off the Founders Edition card's peak operating temperature.

Of course, this comes at the price of a higher power draw. Either way, you'll want to make sure your PSU has sufficient wattage, especially if you're also running a high-end CPU.

At S$3,429, the ASUS ROG Strix GeForce RTX 4090 OC demands that you dig deep into your bank to afford one. Nevertheless, it has everything you could possibly want from a custom card, such as a factory overclock, a very capable and quiet cooler, and an attractive design.

Its new look is a refreshing departure from previous ROG Strix cards, and the modest RGB lighting makes for a more tasteful and subdued aesthetic.

The one downside is its size and power draw. You'll need to check if your case and PSU can support it. If not, that means extra items added to your bill.

Write a Review
Compare This | Specifications
Excellent cooling performance
Will handle any game you throw at it
Relatively quiet operation
Sleek, attractive redesign
Requires a very large case
High power draw
Very expensive
Our articles may contain affiliate links. If you buy through these links, we may earn a small commission.
Sponsored Links