With a base clock of 1,440MHz and boost clock of 1,905MHz, the ASUS card sports the most aggressive clock speeds of the lot. On the other hand, the MSI and Founders Edition cards top out at 1,815MHz and 1,710MHz respectively in terms of boost clocks. The higher clock speeds are reflected in the card's performance, where the ASUS model inched ahead of the MSI card by a couple of percentage points. 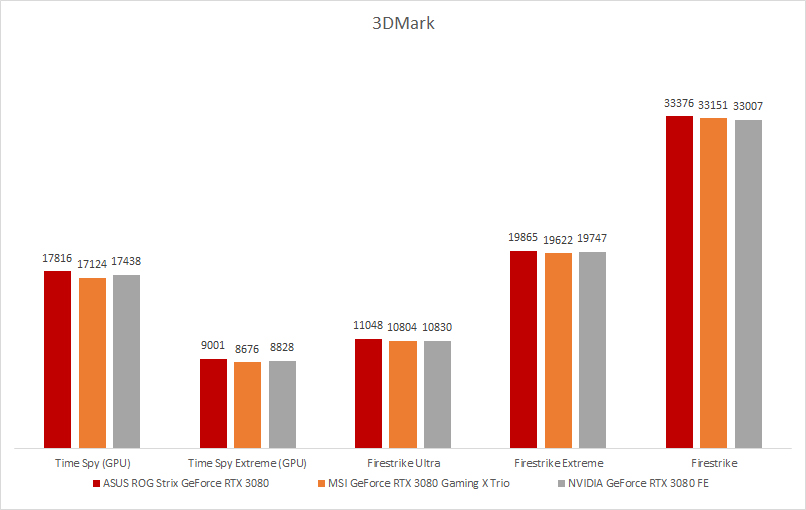 The GeForce RTX 3080 is more than capable of taking on the 1440p resolution at maximum settings. The ASUS ROG Strix GeForce RTX 3080 sailed through all the tests, coming in faster than the MSI card by a few frames in most of the games tested. However, once again these differences are barely worth mentioning, and you'll probably end up paying more attention to things like cooling performance, noise, and aesthetics. 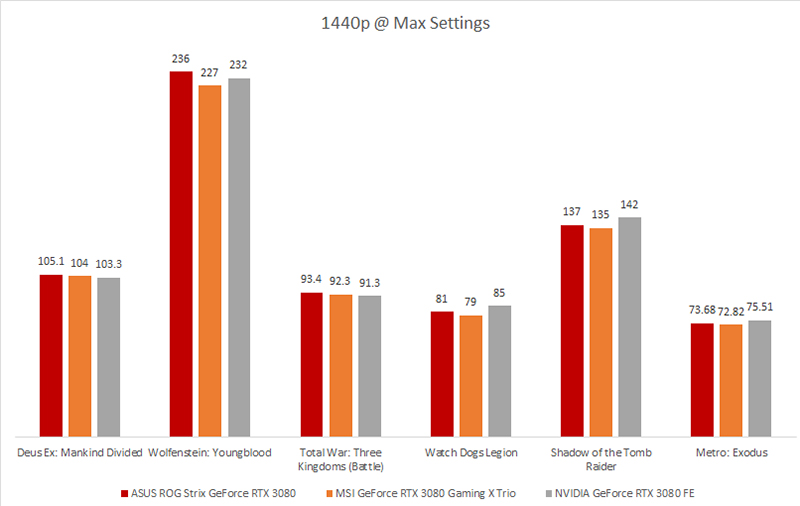 Performance was more of a mixed bag at the 4K resolution. Each of the three cards traded blows in different games, and there's not really a clear winner across the board. 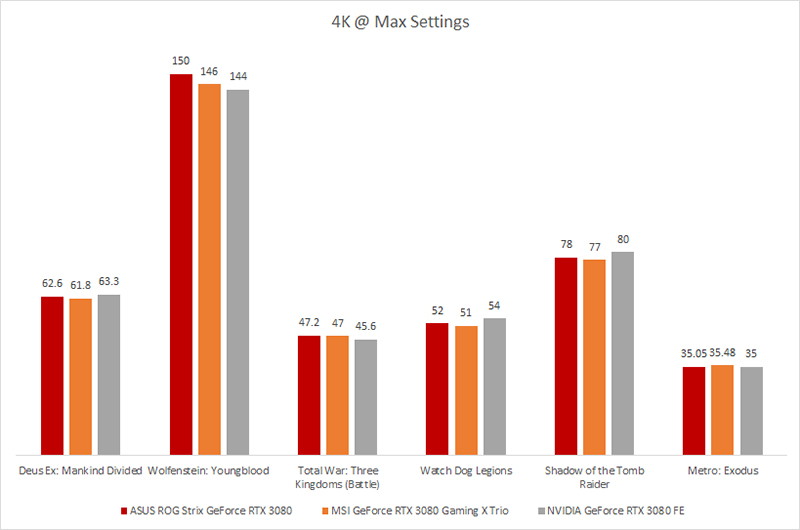 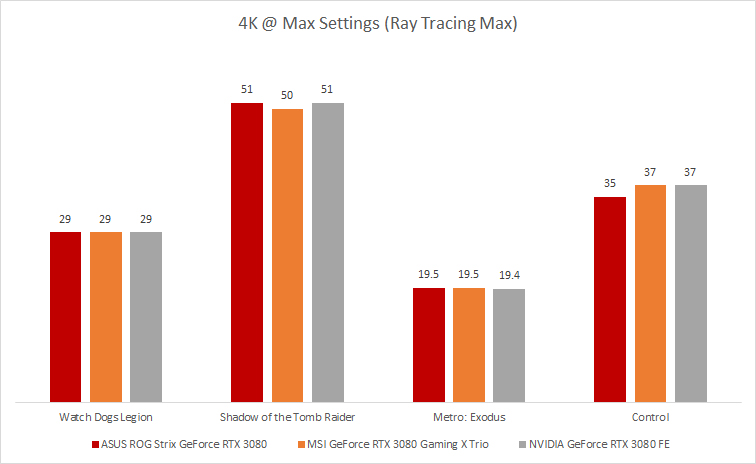 Temperature and power consumption are where the cards start to really differ. The ASUS ROG Strix GeForce RTX 3080 impresses with its excellent thermal performance, posting significantly lower temperatures than the other two cards. What's more, power consumption is lower than the MSI card too, despite its higher boost clock speeds.

ASUS has made meaningful improvements coming from the previous generation, and its upgraded build and new look are a breath of fresh air for the ROG Strix line. The only thing you have to do is make sure your case can hold its triple-slot design.

Write a Review
Compare This | Specifications
Attractive looks and robust build quality
Aggressive clock speeds
Leading thermal performance
Uses normal 8-pin PCIe connectors
Triple slot design may not be suitable for all cases
Expensive
Our articles may contain affiliate links. If you buy through these links, we may earn a small commission.